House Democrats gear up for Friday vote on the $1.9 trillion Biden stimulus package 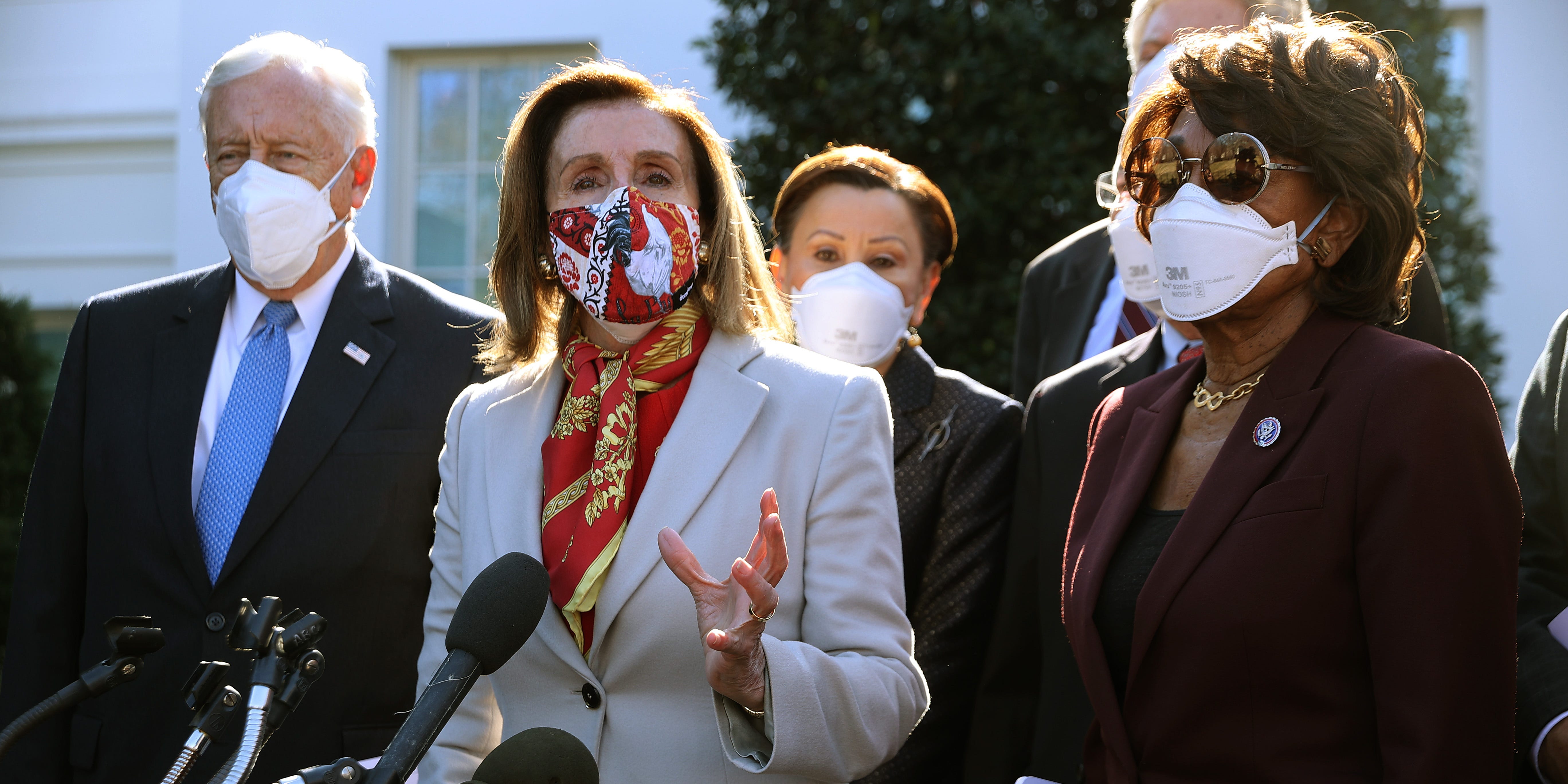 House Democrats on Wednesday were setting the stage for a floor vote on Friday, as their Senate counterparts waited for a key ruling that would determine whether a $US15 ($19) minimum wage could be included in the stimulus package.

In a press call, House Majority Leader Steny Hoyer said Democrats aimed to “pass a final bill and send it to the president by the 12th of March.”

That deadline would be two days before enhanced unemployment insurance programs start ending for many jobless Americans, including a $US300 ($379) weekly federal supplement. Democrats have continued trying to gather support for the plan.

“Right now, it’s more important than ever that we do everything that we can to crush the virus, rebuilding our economy for working people and families that need the support to get back on their feet,” Rep. Pete Aguilar told reporters.

Republicans are strongly opposed to the Democratic plan, arguing it contains a litany of progressive priorities.

“They’re gonna try to muscle it through on a totally partisan basis,” Senate Minority Leader Mitch McConnell said on Tuesday. “It also includes a number of things that have absolutely nothing to do with COVID.”

The floor vote would send the legislation to the Senate, which is expected to take it up next week. The House bill includes $US1,400 ($1,769) stimulus checks, $US400 ($505) federal unemployment benefits, and aid to state and local governments.

It also includes a gradual increase of the federal minimum wage to $US15 ($19) an hour – a measure that has been a lightning rod of criticism among Republicans and several Democrats.

Democrats are employing a tactic known as reconciliation to shield the package from a filibuster. It only needs a simple majority of 51 votes to get through the Senate, instead of the usual 60.

But reconciliation has strict budgetary rules, including a set of requirements that every element has a substantial impact on federal spending, the debt, and revenue over 10 years. The Senate parliamentarian governing the process will decide whether the minimum wage boost complies with those guidelines.

Democrats and Republicans made their cases to the parliamentarian early on Tuesday morning. A ruling on the wage bump could come later on Wednesday or early Thursday.

Still, some Democrats like Sen. Joe Manchin of West Virginia are opposed, complicating the bill’s path to final approval. He has said he would push for an increase to $US11 ($14) an hour instead. A ruling that the wage increase complies with the rules of reconciliation may set off another furious round of negotiations on a middle ground.

“I’m an optimist,” Sen. Dick Durbin of Illinois told reporters. “I think even though several Democrats have some concerns that we can still find a basis for agreement.”

The Biden administration has pressed for a $US15 ($19) minimum wage in the package. But White House officials have said that Senate Democrats will be in charge of striking a possible deal on a smaller wage increase.

“The compromise will be between members of the Senate who may have disagreement on where the minimum wage should sit or what the process should be,” White House Press Secretary Jen Psaki said on Wednesday.

Democrats on Wednesday also struggled to confirm Neera Tanden, Biden’s pick to head the Office of Management and Budget. Two committee votes on her nomination were cancelled earlier in the day, sowing further doubt about whether she can get enough votes in the Senate to be confirmed.