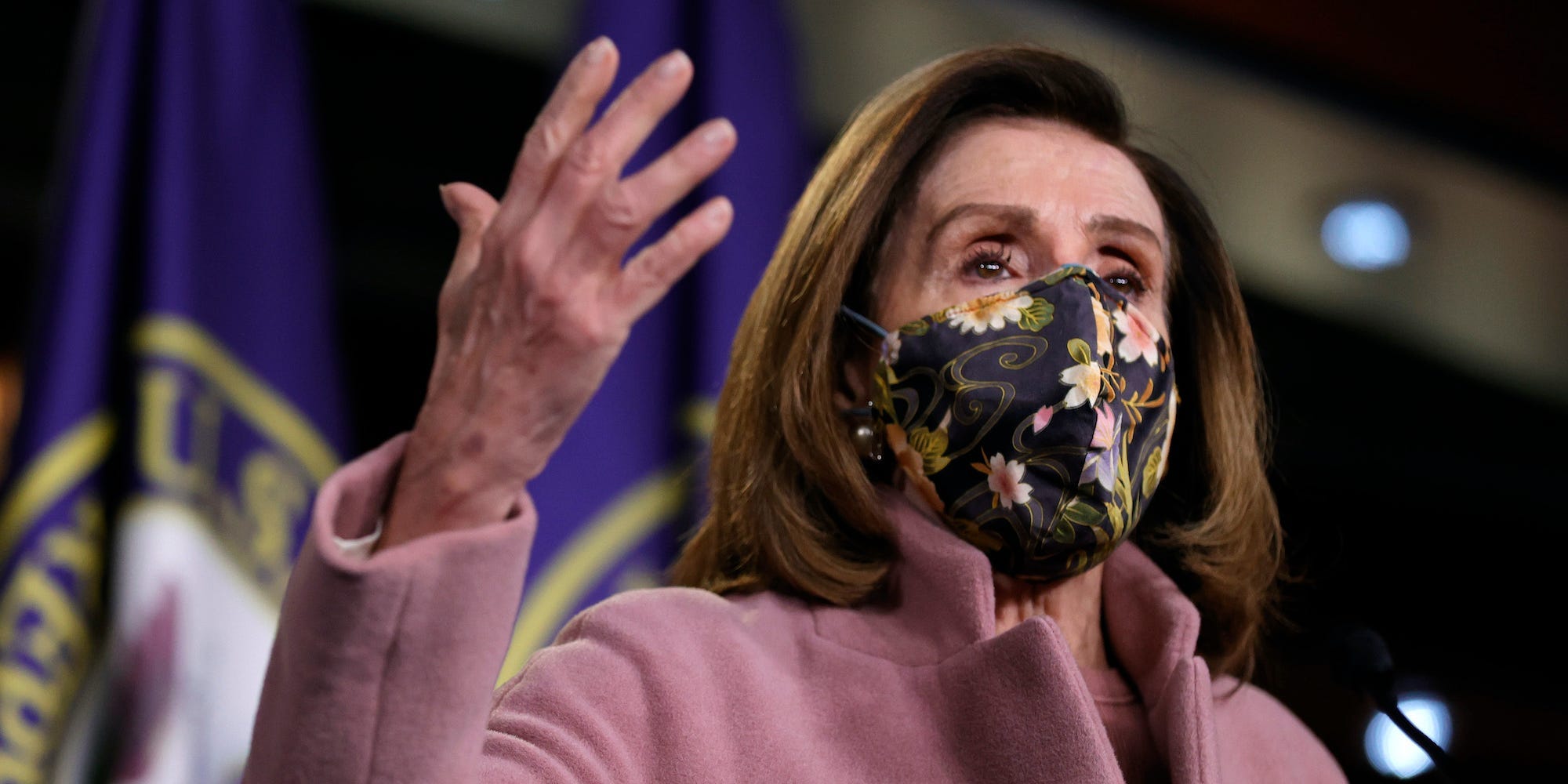 The stimulus plan cleared the chamber in a 219-212 vote shortly after 2am on Saturday with Republicans unified in their resistance. Two Democrats broke from their party to join Republicans opposing the colossal relief legislation – Reps. Kurt Schraeder of Oregon and Jared Golden of Maine.

Senate Democrats will take up the legislation next week, and they’re rushing to enact it before the expiration of enhanced unemployment insurance in mid-March. But they face a set of difficult decisions that could spark some clashes at a moment Democrats are pressing to act swiftly.

Democrats commended the relief bill as a critical pillar in the nation’s fight against the pandemic and the economic malaise it has caused. Speaker Nancy Pelosi said “the time for decisive action is now,” and cited Federal Reserve Chair Jerome Powell’s estimate of a 10% unemployment rate.

“Each day, this pandemic reaches into our communities, devastating families’ health, financial security and well-being,” she said during a floor speech. “We are moved to act swiftly to put an end to this pandemic and to stem the suffering felt by so many.”

“If we act now decisively, quickly and boldly, we can finally get ahead of this virus,” Biden said in brief remarks Saturday morning at the White House. “We can finally get our economy moving again.”

Republicans lambasted the proposal, arguing many of its provisions are unrelated to the pandemic. Congress approved $US4 ($5) trillion in pandemic relief spending over the past year, including a $US900 ($1,159) billion aid package in December.

House Minority Leader Kevin McCarthy of Texas said from the House floor that the bill’s price tag was too large and filled with progressive items.

“The Democrats’ spending bill is too costly, too corrupt, and too liberal for the country,” the California Republican said.

Republicans also complained of being cut out of the drafting process, though they used a similar procedure to enact the tax law in 2017 without Democratic support. House Democrats brushed aside GOP criticisms and often pointed to polls showing strong popularity for the rescue package, including among independents and Republicans.

“If you don’t think Congress has more work to do here – then you either don’t get what American families are going through or you don’t care,” Rep. John Yarmuth, chair of the House Budget Committee, said on Friday evening. “I don’t know how else to say it.”

The vote came as the American economy showed signs of measured progress. New unemployment clains fell last week as vaccine distribution started gaining pace and virus infections drop. But 18 million Americans remain on unemployment insurance and the economy has only regained half of the 20 million jobs it lost early in the pandemic.

The legislation’s path ahead in the Senate was made more complicated this week.  The House bill includes a $US15 ($19) minimum wage, but the Senate parliamentarian ordered it struck from the plan on Thursday evening because it violated certain rules in the chamber.

The recommendation meant the provision, a key progressive priority, cannot move ahead in the strict reconciliation process Democrats are employing to pass the bill with only 51 votes in the Senate and circumvent Republicans.

Pelosi kept the provision in the approved House bill and said Democrats would eventually achieve their goal for a $US15 ($19) minimum wage.

Senior Democrats, including Sens. Ron Wyden of Oregon and Sherrod Brown of Ohio, are coalescing behind a backup plan along with Sen. Bernie Sanders of Vermont. Their proposal would levy a tax penalty on large businesses who don’t pay workers below a certain wage.

Small businesses would be provided tax credits to cover up to 25% of their wages to incentivize them to lift workers’ pay. But it is unclear whether every Democratic senator would be onboard.

Some influential business groups like the Chamber of Commerce came out in opposition to the Sanders and Wyden measure.

“Enough political games,” Neal Bradley, chief policy officer at the Chamber of Commerce, tweeted on Friday. “The business community believes a deal can be reached on a fair min wage increase.”

Some progressives in the House urged Democrats to deliver on campaign promises of a wage hike or their slim majorities in both chambers would be imperiled in the next election.

“I don’t think we can go back to voters and say, ‘Look, I know Republicans, Democrats, independents support this, we promised it, but because of an unelected parliamentarian who gave us a ruling, we couldn’t do it,'” Rep. Pramila Jayapal, chair of the Congressional Progressive Caucus, told reporters. “Nobody is going to buy that.”