Congress has stalled a new stimulus deal with $1,200 payments for 5 months. But the GOP-led Senate plans to confirm Trump's Supreme Court pick in 2 weeks. 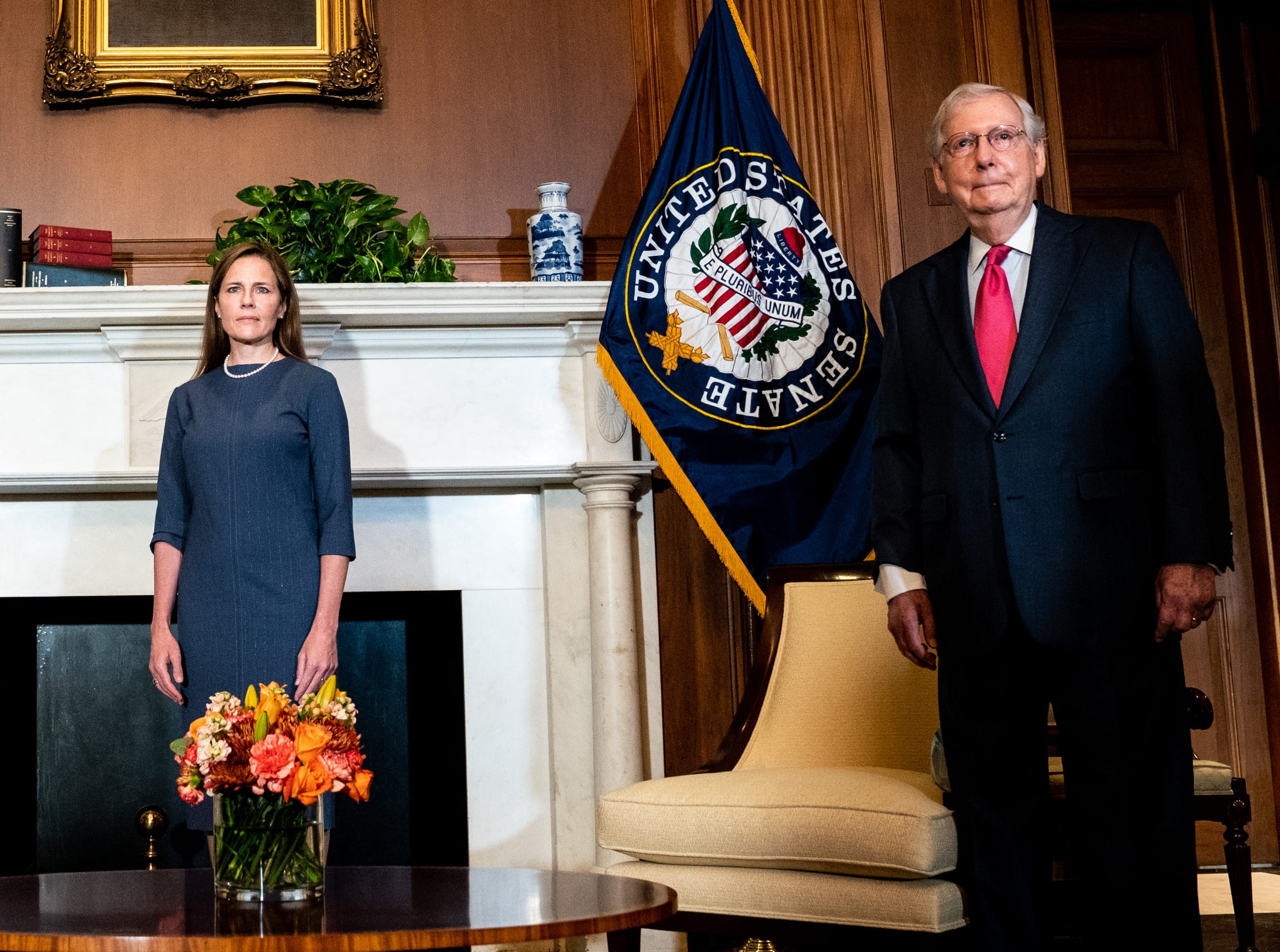 Like tens of millions of Americans, Rachel Murphy is still enduring financial pain from the pandemic six months in and feels abandoned by elected leaders who have failed to provide additional relief.

“It’s almost like a slap in the face that they aren’t caring about however many are unemployed right now,” said Murphy, a 28-year-old Massachusetts resident who has been job-hunting since the two restaurants she worked at closed in March.

Congress hasn’t reached a deal on a new COVID-19 relief package in over five months â€” and most of the benefits in legislation worth $US3 trillion enacted over the spring have dried up.

Murphy’s been chipping away at her savings to make ends meet after the extra $US600 weekly federal unemployment income she’d been receiving expired at the end of July.

“Ideally I’d like the stipend to come back, because who knows how long I’m going to be unemployed,” Murphy told Insider. “It’s been very hard â€” emotionally taxing â€” not having the ability to do what I really want to do and not making money.” 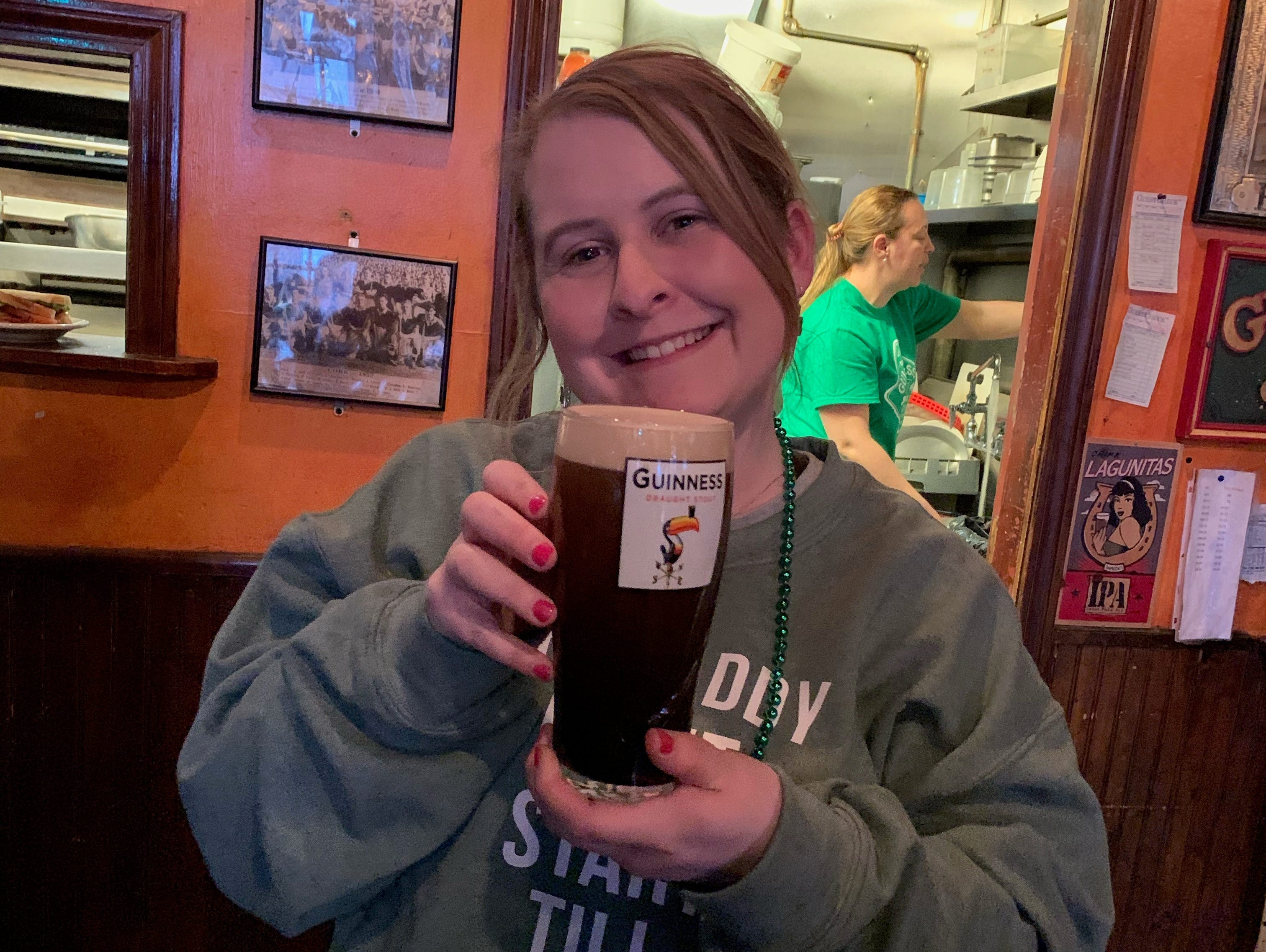 Courtesy of Rachel MurphyRachel Murphy, 28, working on St. Patrick’s Day on March 17, 2019, at the Field Pub in Cambridge, Massachusetts.

Jobless figures have ballooned because of the public-health crisis, though the unemployment rate has declined from a historic high in April. The Labour Department said on Thursday that more than 800,000 initial unemployment claims were filed in the week that ended last Saturday.

In a nutshell, about twice as many people are out of a job now than before the pandemic â€” roughly 12 million people.

Federal Reserve Chair Jerome Powell said this week that “there is still a long way to go” to recovery and that the pace could dramatically slow without adequate government aid.

But dealmaking between top Democrats and Republicans has waned for months, making more support for struggling Americans unlikely anytime soon. House Speaker Nancy Pelosi and Treasury Secretary Steven Mnuchin remain in talks, though it’s unclear whether they will reach a comprehensive deal before Election Day, as President Donald Trump has flip-flopped on ending negotiations.

The agenda shift is a stark disconnect with what Americans think lawmakers’ priorities should be. Polls conducted in the past few months have found that mostAmericans back increased federal spending to combat the recession. And respondents in recent surveys have largely said Barrett’s confirmation hearings should be postponed until after the election. In a recent Hill/HarrisX poll of registered voters, 74% said the Senate should pass a new stimulus bill before confirming Barrett. 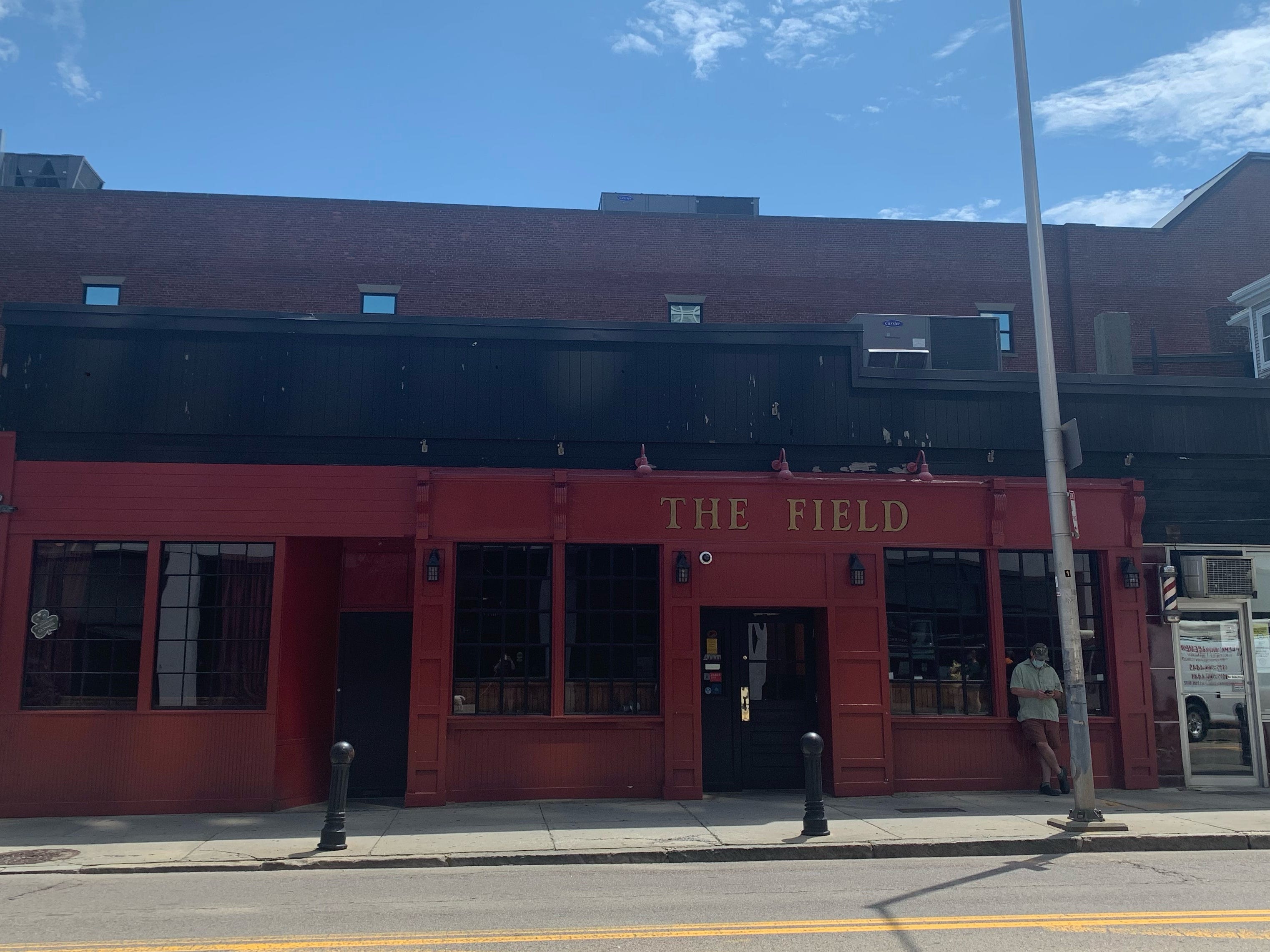 ‘A country that’s completely in crisis’

That leaders are willing to storm ahead on a Supreme Court nomination but can’t reach an agreement on coronavirus relief is “not surprising in the least,” said Carmine Di Maro, 26, who has also been forced out of work because of the pandemic.

“We have a country that’s completely in crisis,” he said. “It’s not a problem that’s impacting the people making those decisions at all.”

After Di Maro lost his income from freelance production gigs in Los Angeles, he searched for cheaper places to live in the city; he’s moved four times in six months and is how at his friend’s home in Detroit. He said that the lone $US1,200 direct federal payment sent earlier this year was “super helpful” but that he hoped more will come soon.

“My goal is to be able to afford my own rent right now. That’s just something I can’t do,” Di Maro told Insider. “If there’s not another stimulus package passed, it’s super difficult to imagine.”

Roughly 30 million to 40 million tenants could face eviction come December 31, when an eviction moratorium expires. House Democrats last week passed a revised $US2.2 trillion bill that would extend the moratorium for a year, though Republicans and the White House have opposed the legislation. 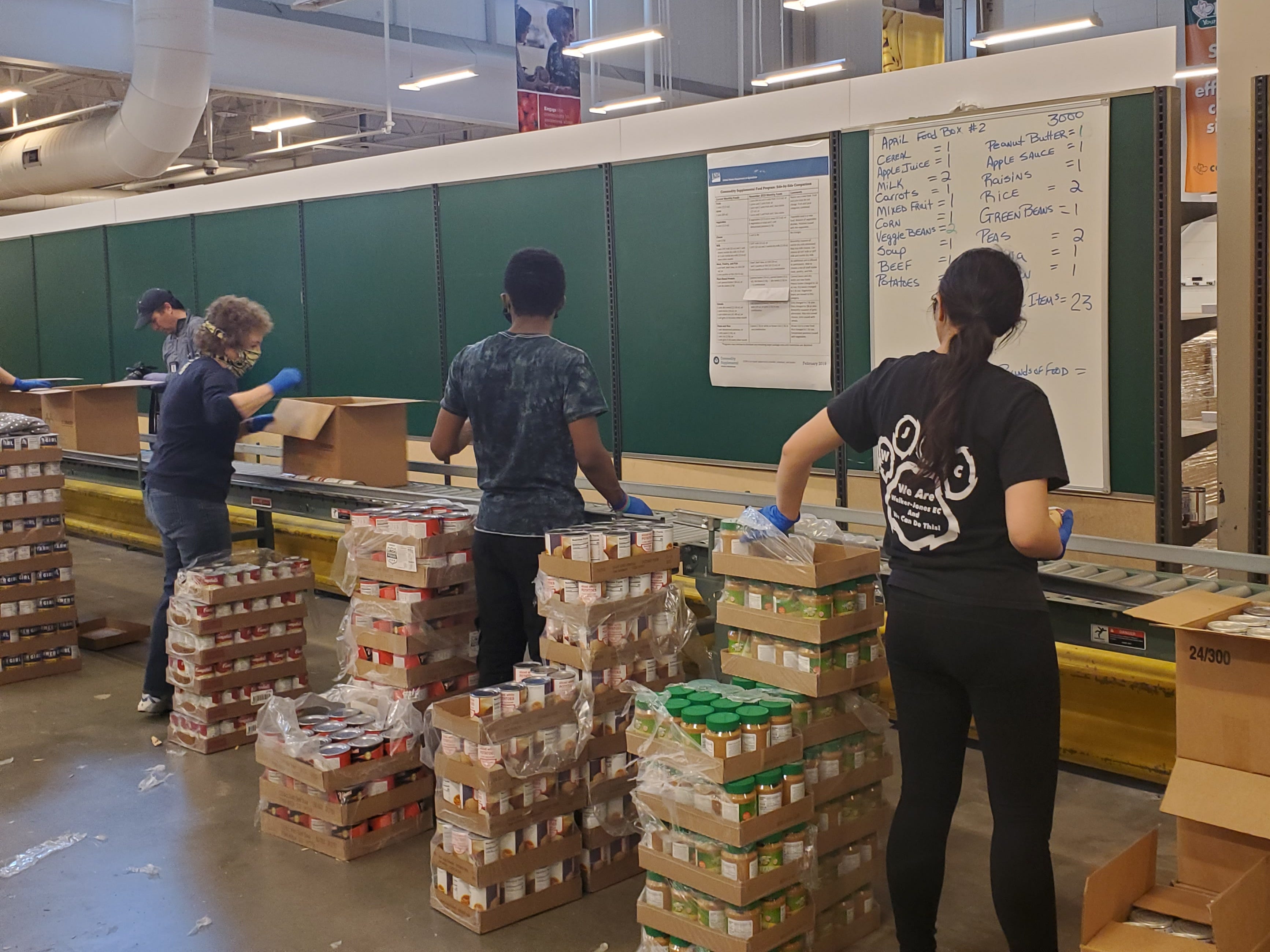 Also in the House bill is a 15% boost to food-stamp benefits, providing an additional $US25 to each recipient. Researchers at Northwestern University found that as many as 23% of US households experienced food insecurity earlier this year.

But Senate Republicans have rejected the Democrats’ bill and did not include a similar provision in their own bill last month.

“If the federal government pulls back in its support, that will have significant pressure on food banks collectively around the country as we move into the fall and winter,” said Radha Muthiah, the president and CEO of Capital Area Food Bank, which serves Washington, DC, Maryland and Northern Virginia.

The food bank has been dealing with a surge in demand over the past six months that hasn’t stopped. For September, Muthiah said, it provided 75% more food than in the same month in 2019.

“I think it’s important for the benefits that were provided in the last couple of stimulus packages to continue until the economy is truly back to either normal or close to normal,” Muthiah told Insider. “At this stage, as we speak in October, we’re not back to normal yet. People are still struggling, and they will still need to get the support that they were receiving from the federal government for some time to come.”

Republican lawmakers have largely ignored repeated calls for relief but have said they will adhere to a fast-tracked schedule for confirming a Supreme Court justice. The Senate Judiciary Committee plans to start confirmation hearings on Monday, though two of its members, Sens. Mike Lee and Thom Tillis, have tested positive for COVID-19.

The committee’s chairman, Sen. Lindsey Graham, has signalled that he expects the committee to approve Barrett on October 22. McConnell has hinted that he will then hold a floor vote as soon as possible, meaning Barrett could be appointed to the nation’s highest court after a two-week confirmation.

“It’s crazy that they’re rushing to do this before the election,” Murphy said. “They haven’t taken care of their people. And that’s the most frustrating part.”