'The ball is in Congress' court': Chicago Fed president ramps up calls for fiscal support as stimulus talks stall 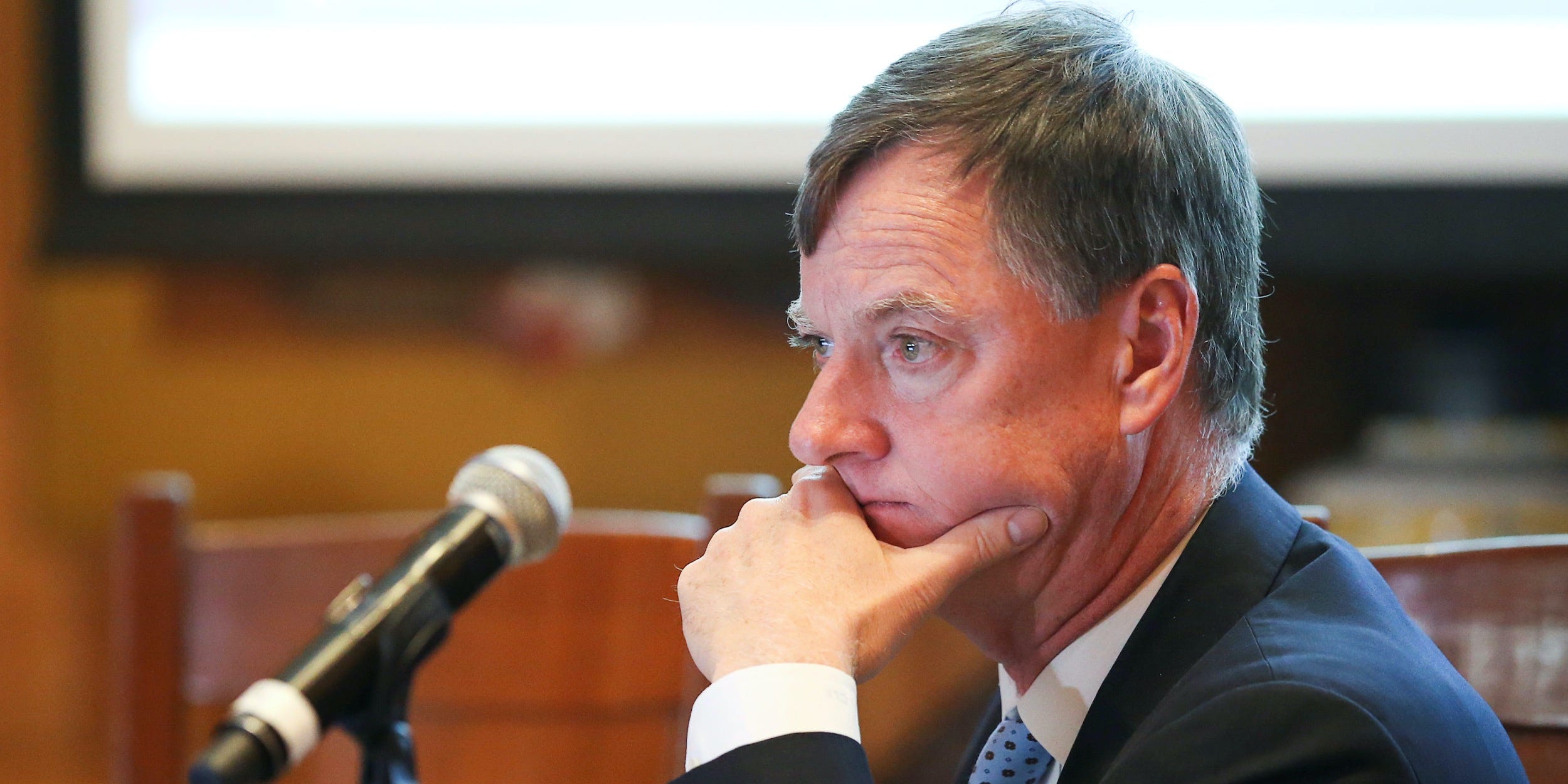 It’s up to Congress now to keep the economy afloat as the coronavirus rages on, Charles Evans, president of the Federal Reserve Bank of Chicago, said Monday.

The Fed has slowed its roll in recent months after slashing its benchmark interest rate close to zero, unveiling nine new credit facilities, and conducting massive asset purchases. Numerous central bank officials have since punted calls for more relief to Congress, noting that the Fed’s powers are purely for lending.

Evans joined the crowd on Monday, telling reporters on a call that it’s time for more stimulus instead of additional Fed easing.

“The punch line ought to be, ‘the ball is in Congress’ court.’ Fiscal policy is really fundamental for getting us going forward,” he said, according to Reuters.


Read more:
Vanguard is looking to break PIMCO and BlackRock’s dominance in the $US3.8 trillion active bond fund game. Meet 4 power players it brought on to help drive its push.

Recent commentary marks a sharp turn from Fed policymakers’ previous remarks on Congress. Through the start of the pandemic, Fed Chairman Jerome Powell repeatedly shied away from explicitly calling for new stimulus. The chief changed his tone after the Federal Open Market Committee’s July meeting, adding to his opening remarks that “continued support from both monetary and fiscal policy” is needed for a full economic recovery.

More explicit calls for fiscal aid arrive after key elements of March’s $US2.3 trillion stimulus package expired at the end of July. The $US600-per-week expansion to unemployment benefits dried up, leaving millions of Americans with diminished spending power. The Paycheck Protection Program is set to expire on August 8, threatening to pull emergency loans from small businesses.

Failing to renew such programs and issue new aid raises the odds of a prolonged downturn, Evans said.

“If we go very long without somehow addressing the reduction and evaporation of that support, I think it’s going to show up in lower aggregate demand, and that would be very costly for the economy, individuals, households, people,” he said.

Minneapolis Fed President Neel Kashkari made a similar call-to-action on Sunday, telling Congress that it should approve more fiscal relief while the costs are low. The US personal savings rate jumped to 20% from 8% through the pandemic, and inflation expectations remain muted. Those two factors mean the country can fund its own economic stimulus instead of borrowing vast sums from other nations, Kashkari said.

Congress should use this opportunity to support the American people and the American economy,” he said, adding “we will be able to pay off the debt” after the economy resumes growth.


Read more:
Fund manager Tom O’Halloran quadrupled investors’ money in 9 years by betting on super high-growth companies. He explained his approach, and why new technologies could make the next decade for markets even better than the 2010s.