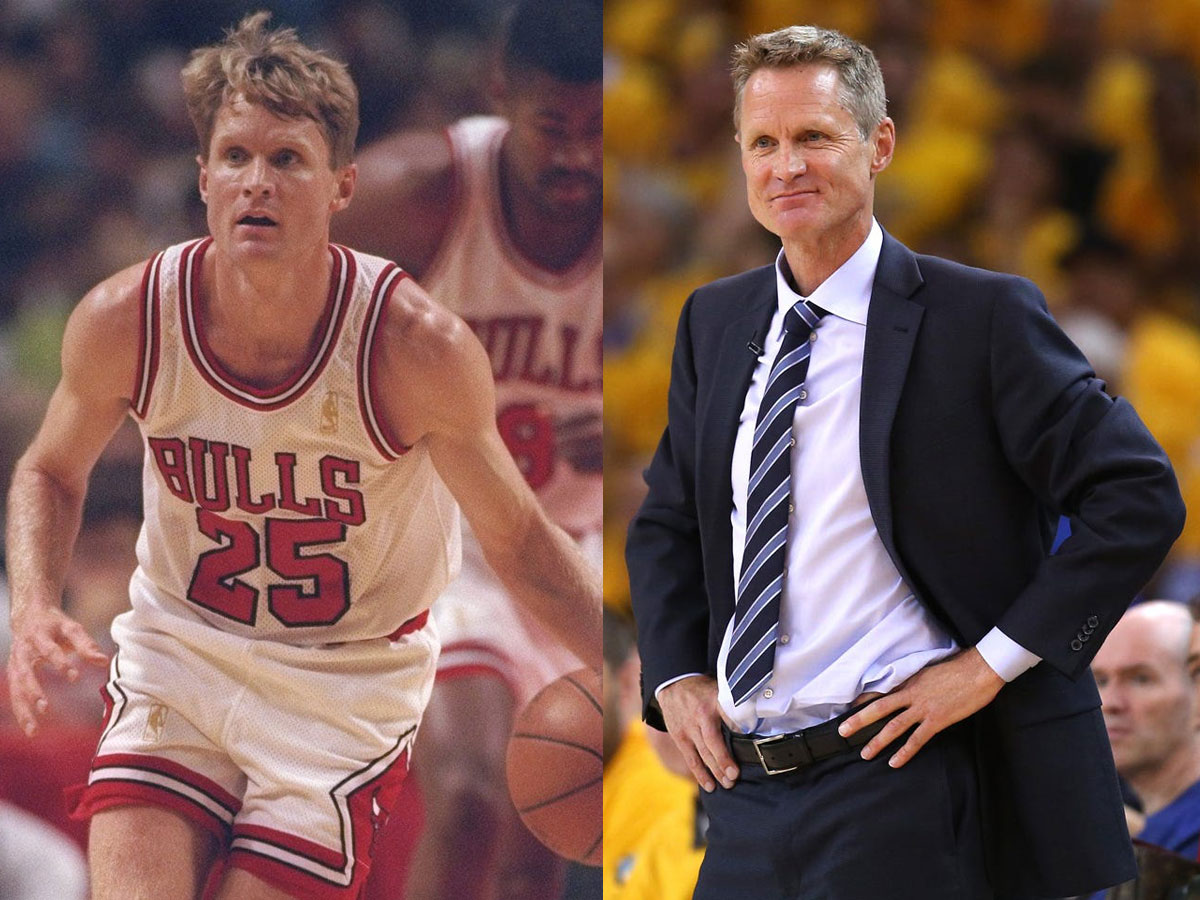 Even though “The Last Dance” – the 10-part series about the 1997-98 Chicago Bulls’ championship run – focuses primarily on Michael Jordan, the documentary has also given modern NBA fans a unique look at Steve Kerr.

Before he was the mastermind behind the Golden State Warriors’ recent dominance over the NBA, Kerr was a sharpshooting role player for the Chicago dynasty centered around His Airness.

The docuseries shows clips of Kerr taking game-winning shots, running laps alongside Jordan, and even taking a punch to the face from the GOAT. But there’s far more to the former point guard’s story than his time competing in the NBA.

From a childhood spent in the Middle East and an unorthodox college recruitment process to his father’s assassination in the midst of his collegiate career at Arizona and a Final Four run, Kerr’s journey to the pros was far from routine.

Check out how Kerr grew from a role player to one of the foremost minds in the NBA below:

These days, Steve Kerr is best known as the mastermind at the helm of the Golden State Warriors. 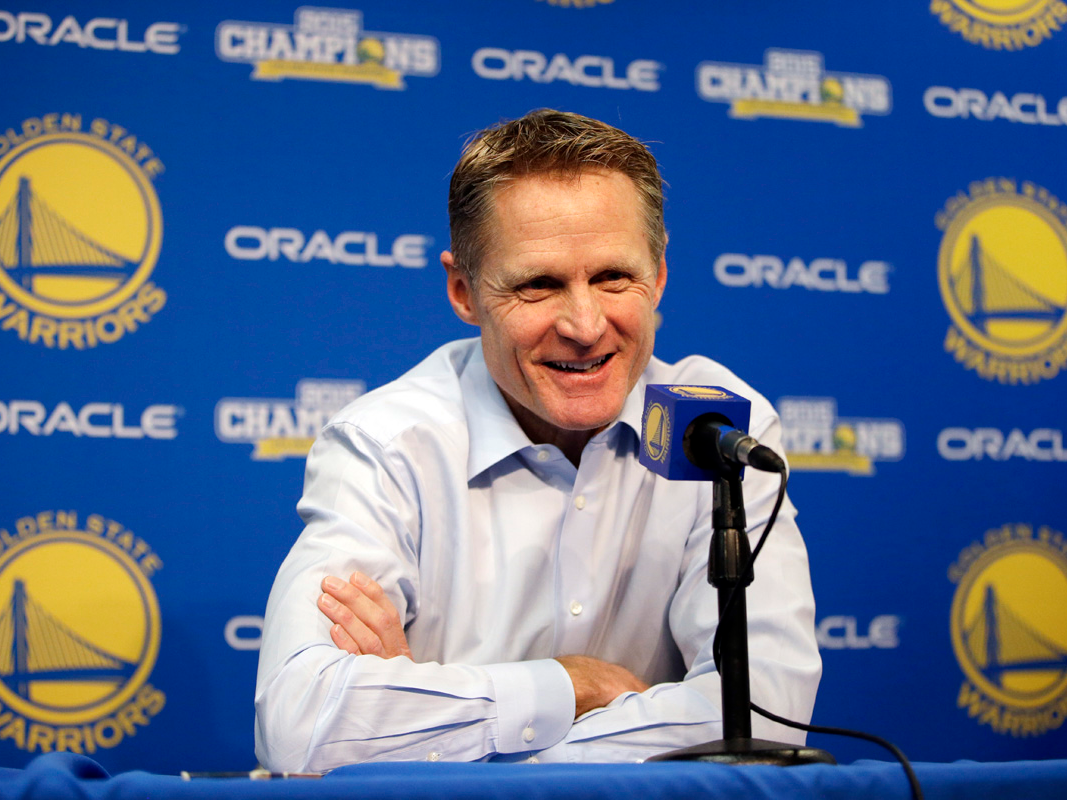 Kerr has become one of the foremost play callers in the NBA, coaching the likes of Stephen Curry, Kevin Durant, Klay Thompson, and Draymond Green. 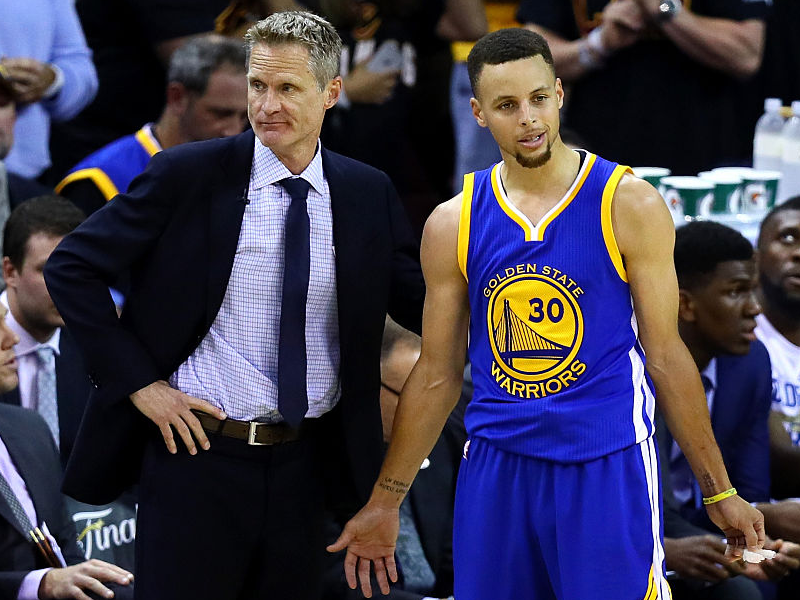 In his five full years as head coach, Kerr has yet to miss an NBA Finals. And, during the 2015-16 campaign, his team set an NBA record for most wins in a single season. To no one’s surprise, he won coach of the year after that 73-win season. And he’s also twice been honoured as the head coach during the NBA All-Star game. But before he was ushering in a modern-day NBA dynasty in the Bay Area, Kerr was a player on one of the most dominant — and famous — teams in league history. 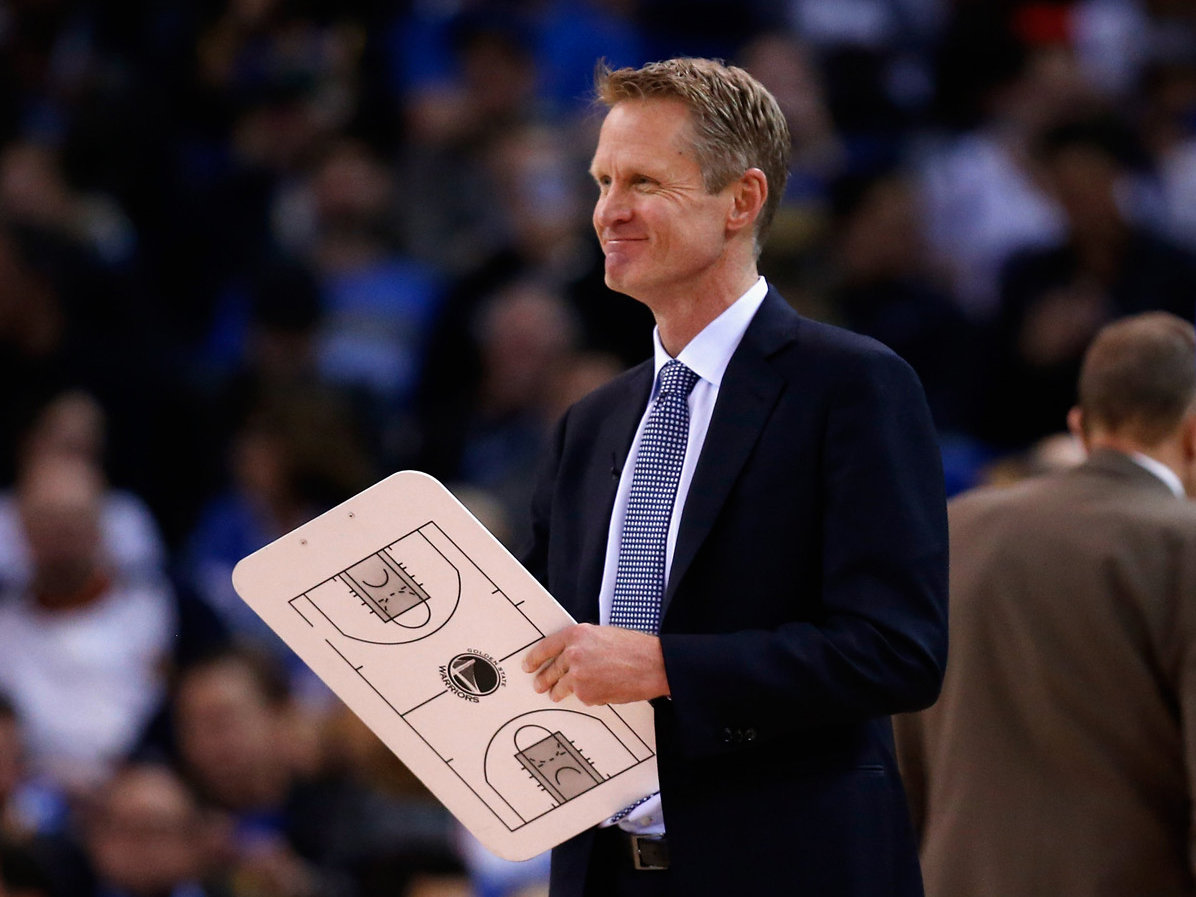 Back in the 1990s, Kerr was a sharpshooting point guard who played alongside Michael Jordan, Scottie Pippen, Dennis Rodman, and the rest of the historic Chicago Bulls team that commanded the NBA for the better part of a decade. 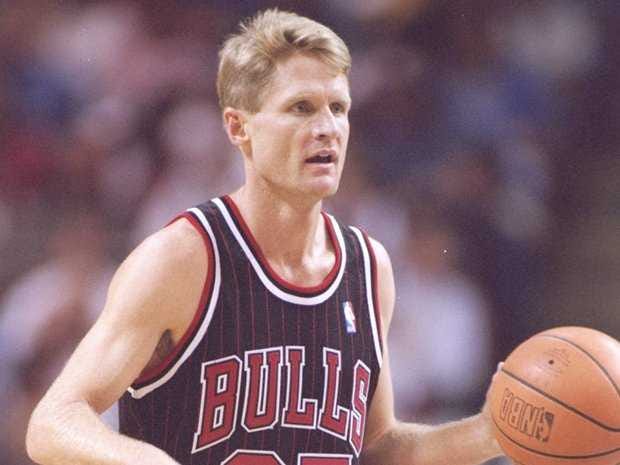 He averaged 8.2 points and 2.2 assists in his five seasons in Chicago. 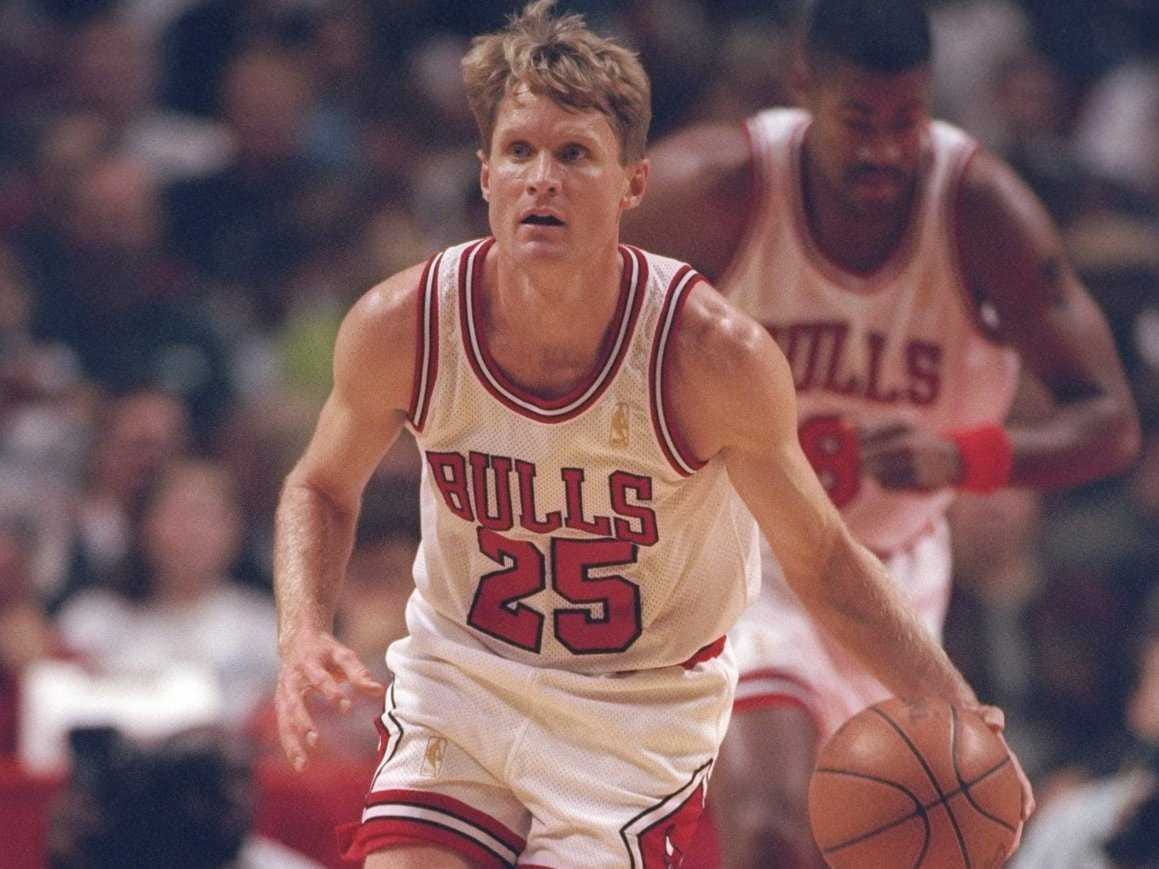 And, notably, he was consistently amongst the league’s leaders in three-point percentage. He was part of the Bulls’ second three-peat of the ’90s. 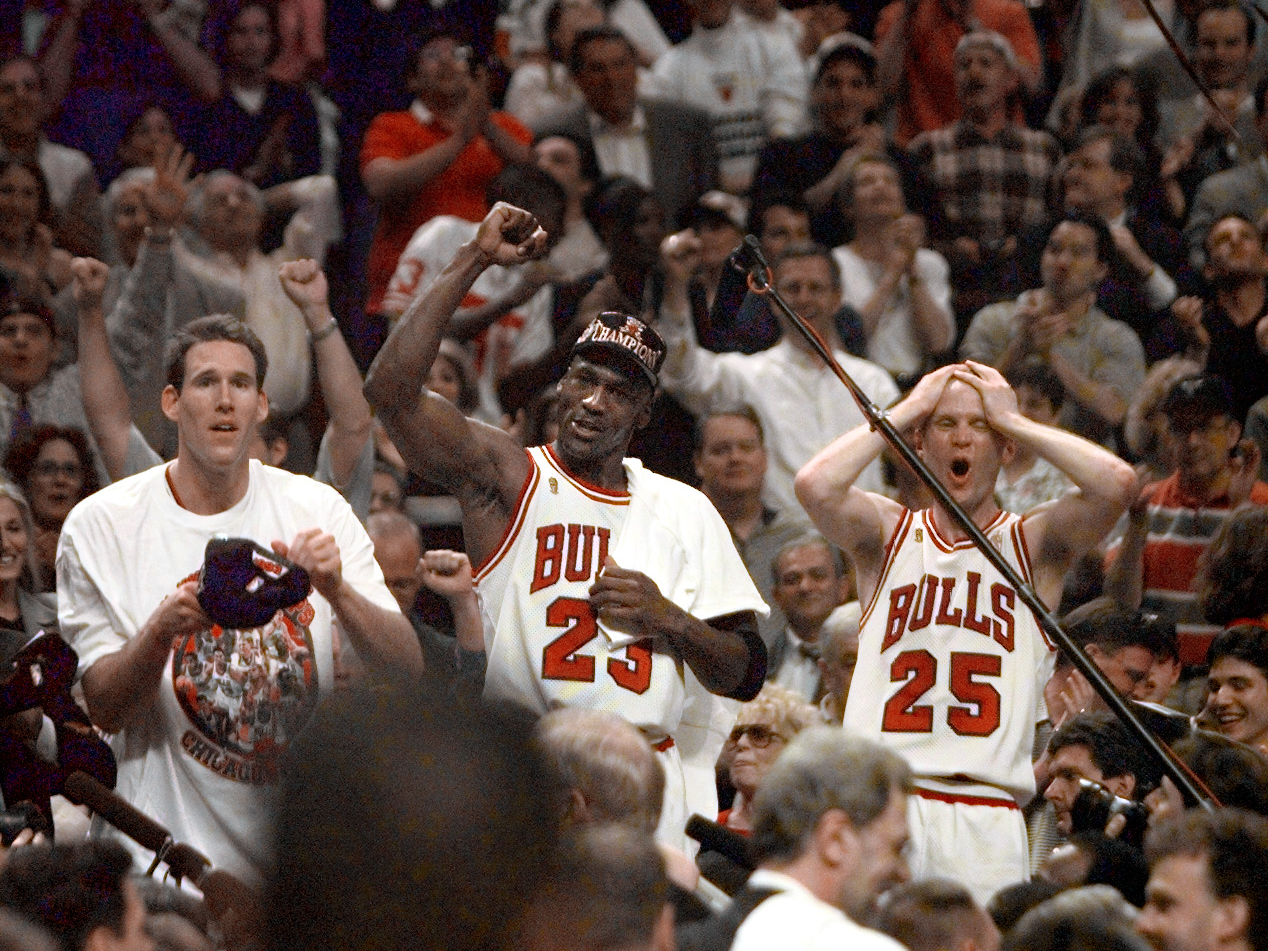 So, unsurprisingly, he made a number of appearances throughout “The Last Dance.” One of which included a physical altercation with His Airness himself.

ESPN’s preview of next week is a peek at the Michael Jordan v Steve Kerr practice fight pic.twitter.com/SNXdFQTqEA

Even though Kerr’s legacy is largely defined by his involvement in two of basketball’s greatest dynasties, there’s much more to his story. 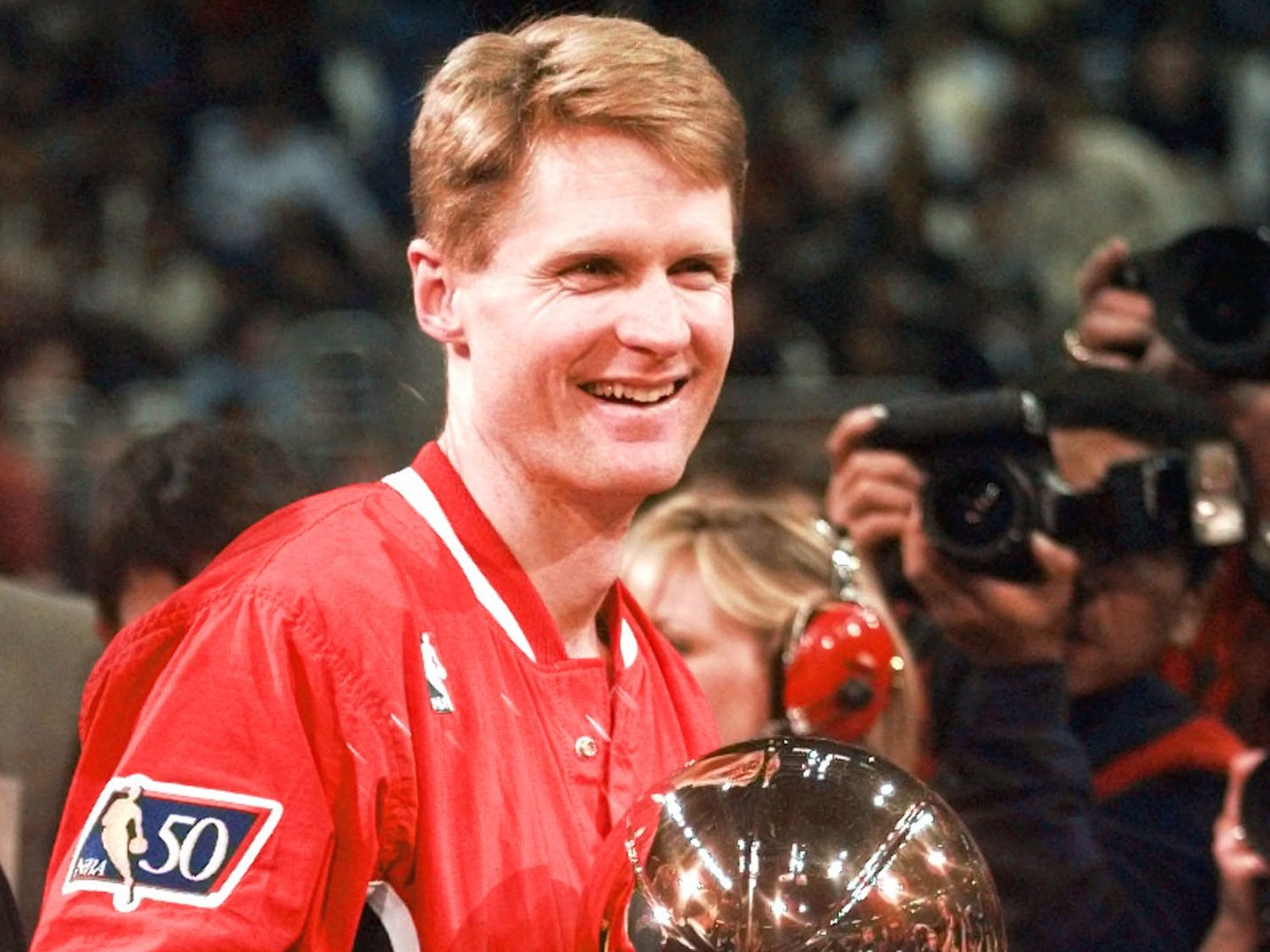 Kerr was born in Beirut, Lebanon, and spent his childhood living in various countries in the Middle East, where his dad was a professor studying the region. 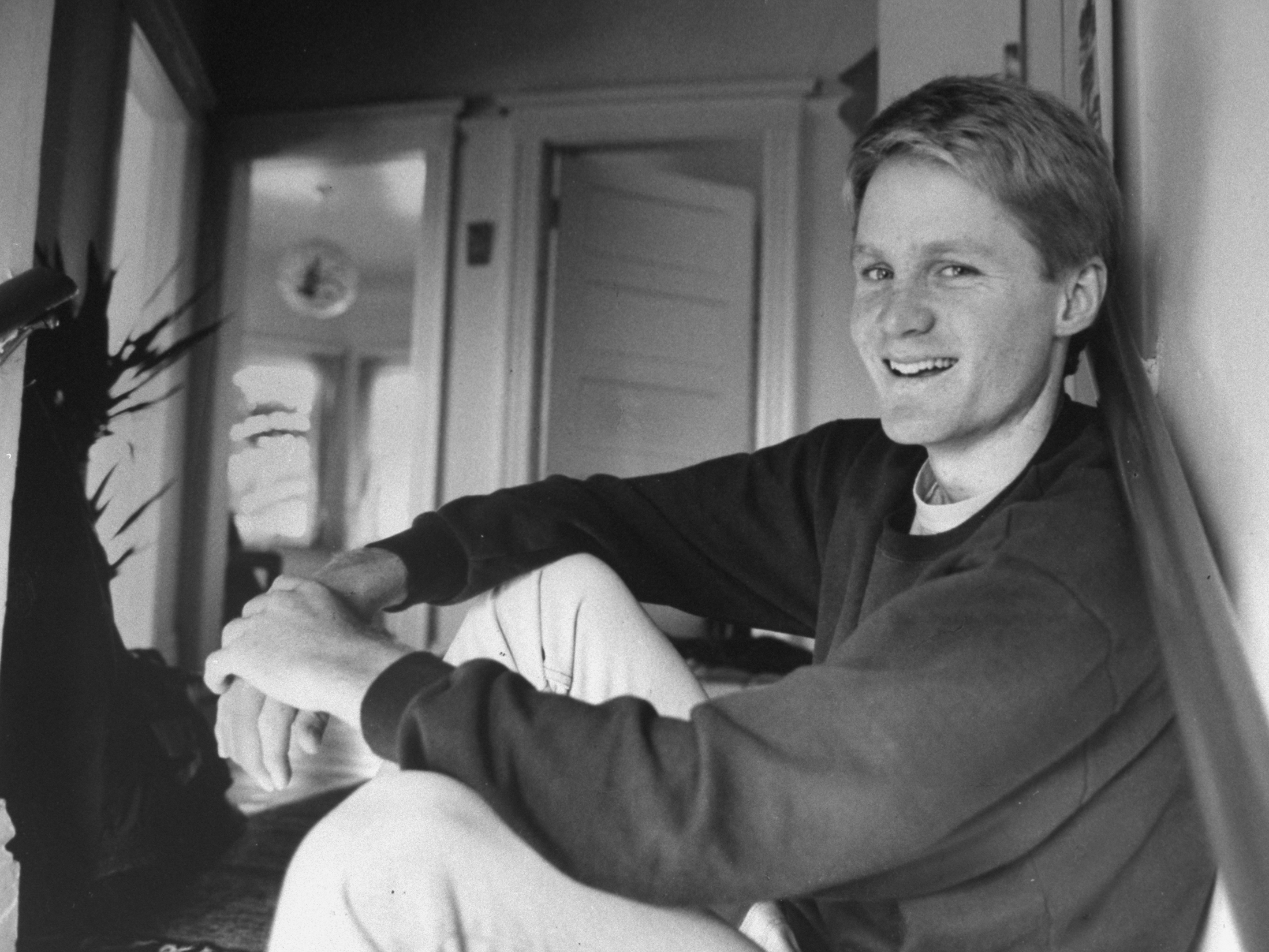 He studied at American schools in Cairo, Egypt, and Beirut before finishing high school at Palisades High School in Los Angeles. 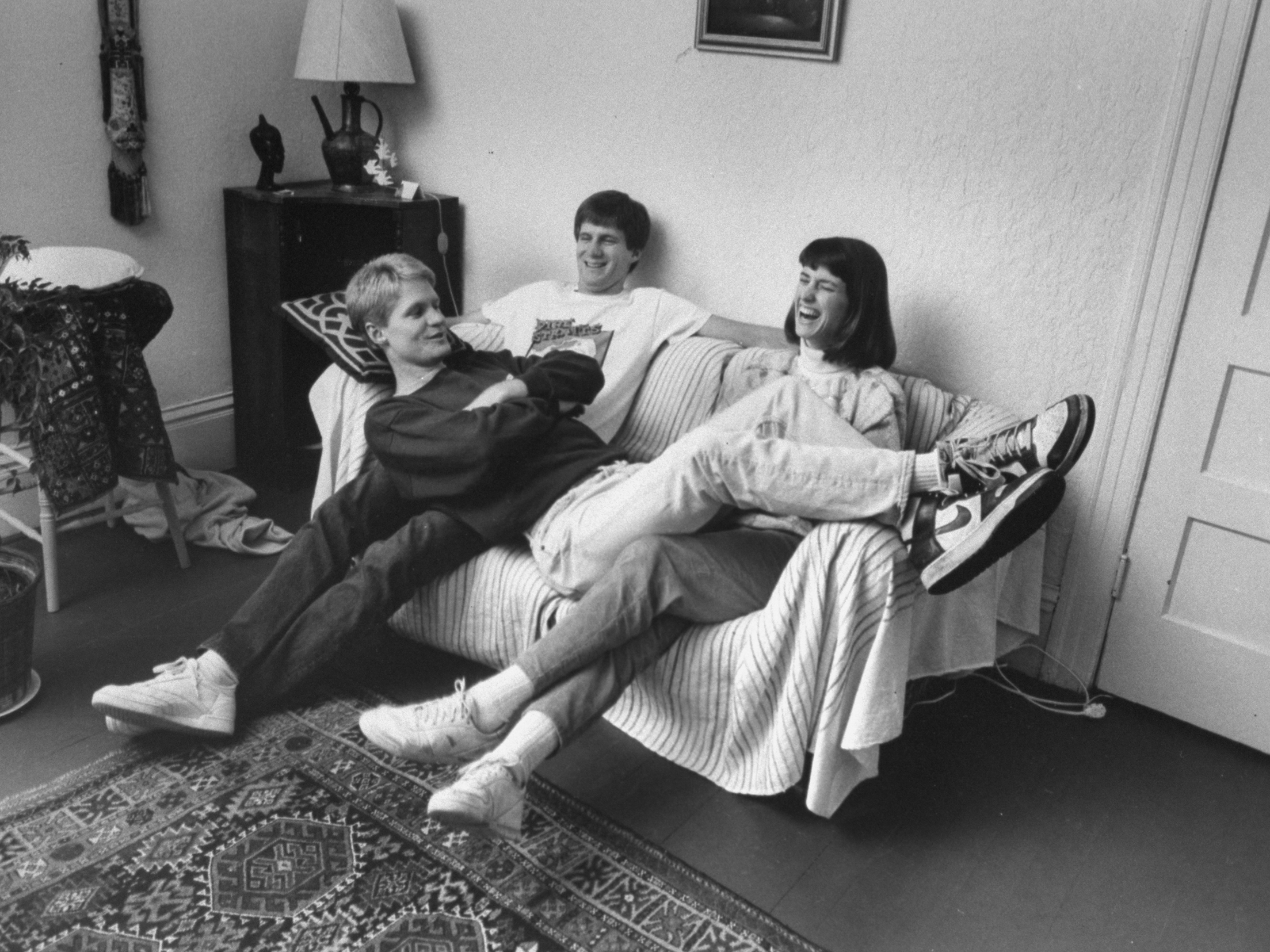 Kerr wasn’t a highly-regarded recruit coming out of high school and didn’t even have offers midway through his senior season. 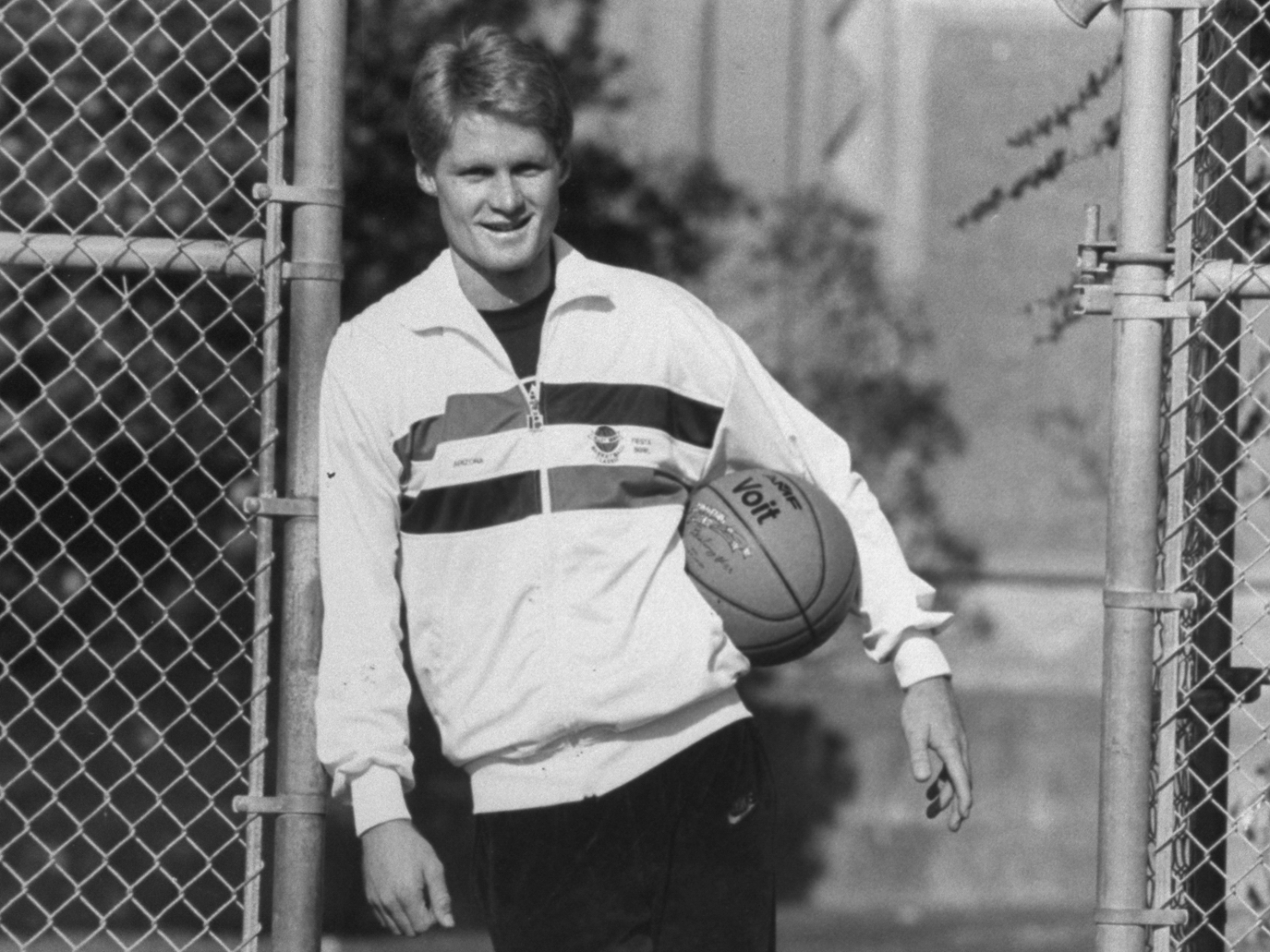 Still, he wound up at the University of Arizona the following year. 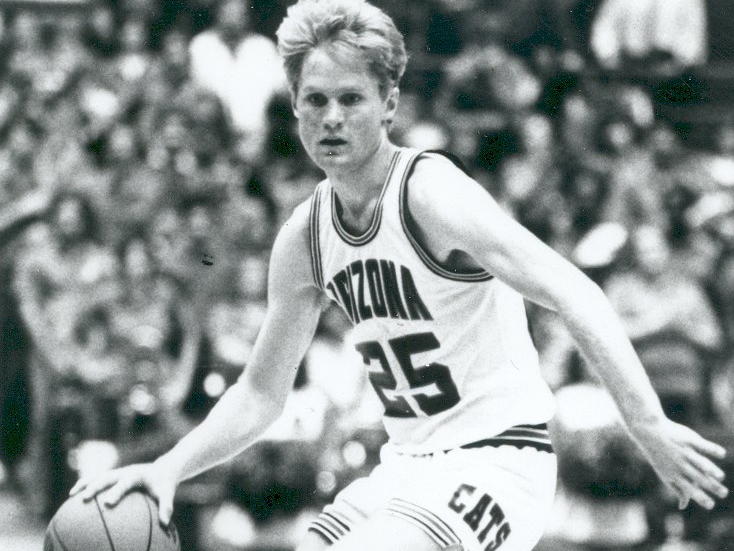 But early in his freshman season, his father, American University of Beirut President Malcolm H. Kerr, was assassinated by members of the Islamic Jihad militia on his way into his office. 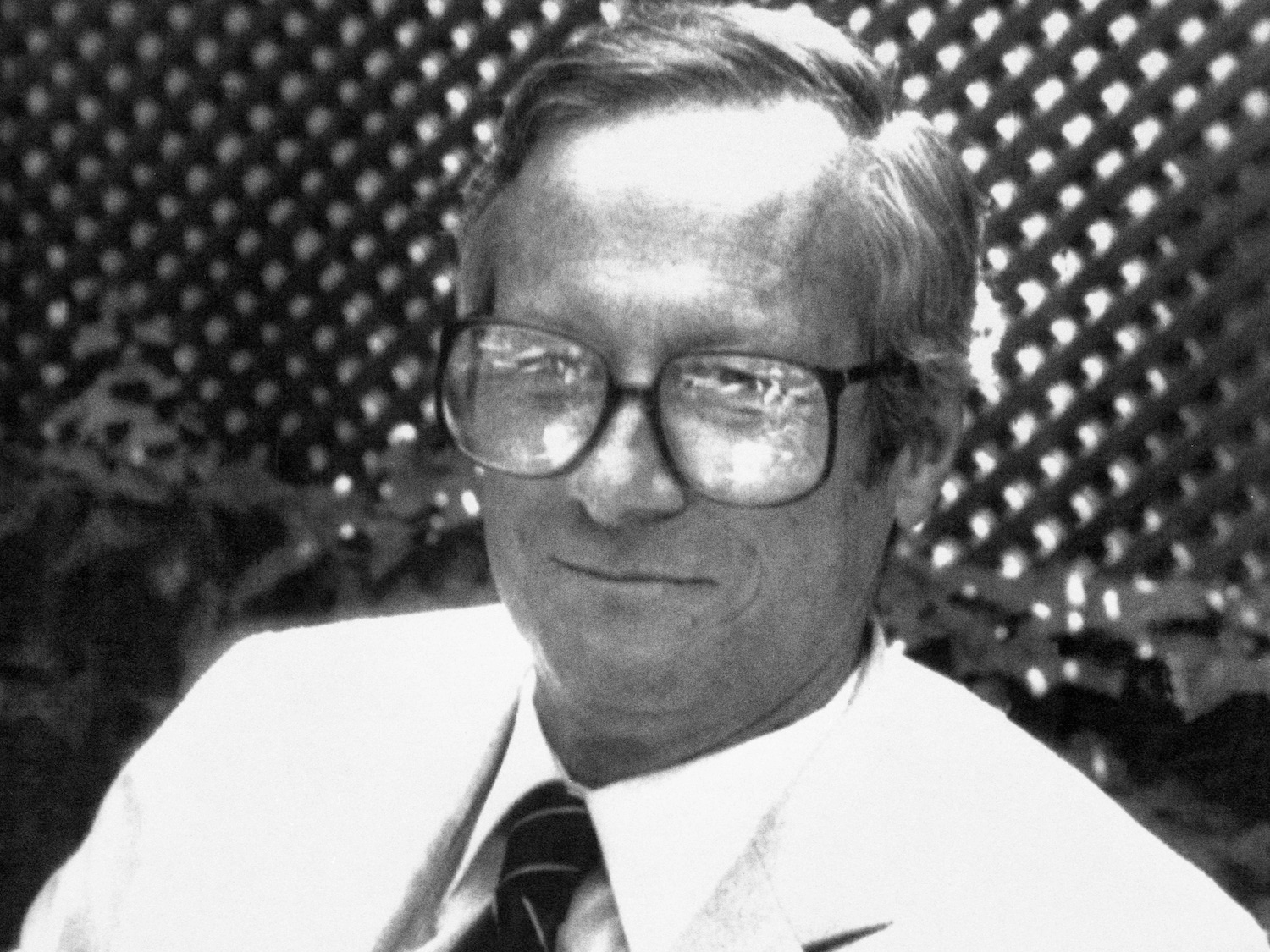 Kerr went on to become a star for the Wildcats, using the court as his safe haven.

But during his final season at Arizona, Kerr found himself harassed by fans at rival Arizona State when they began chanting “PLO” — for Palestine Liberation Organisation — and “Where’s your dad?” during warm-ups. He responded to the tune of 22 points. 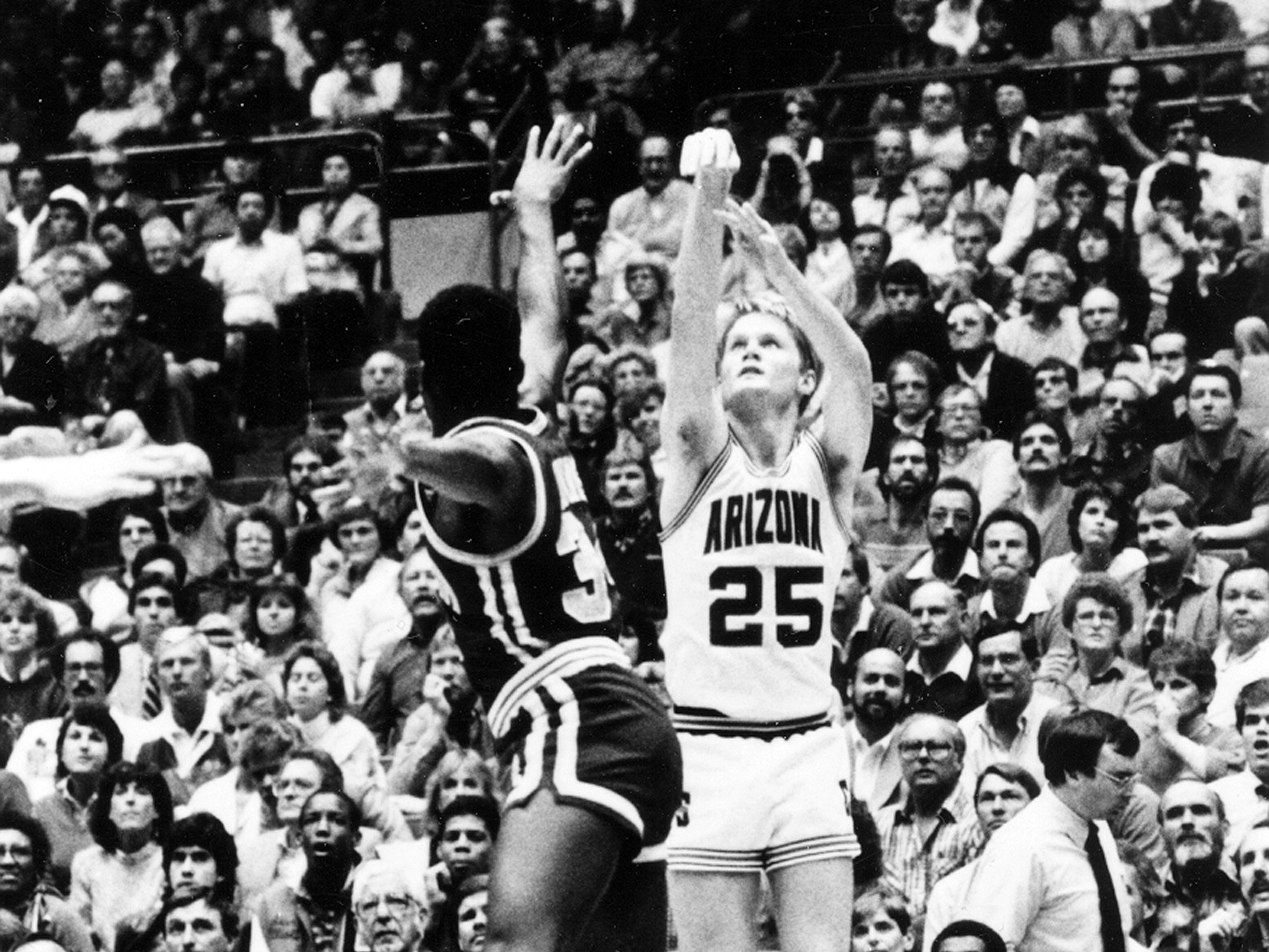 He led the Wildcats to the Final Four that season before getting selected by the Phoenix Suns in the second round of the NBA Draft.

He was traded to the Cleveland Cavaliers in 1989, where he played for nearly four seasons before moving on to temporarily join the Orlando Magic. Then he signed with the Bulls in 1993, where he’d go on to win three championships alongside some of the best to ever play the game. And even though he was a role player in Chicago, he hit the last shot that secured the Bulls’ fifth championship. 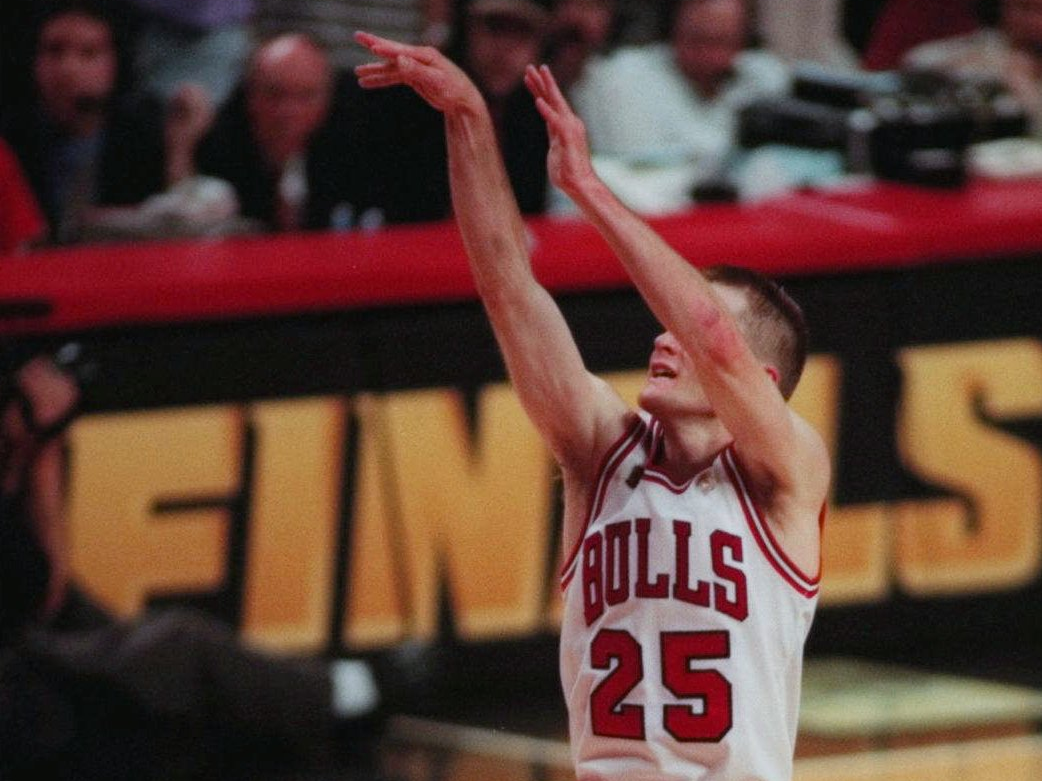 Once his time in Chicago ran its course, Kerr moved on to play with David Robinson and Tim Duncan for Gregg Popovich’s San Antonio Spurs. 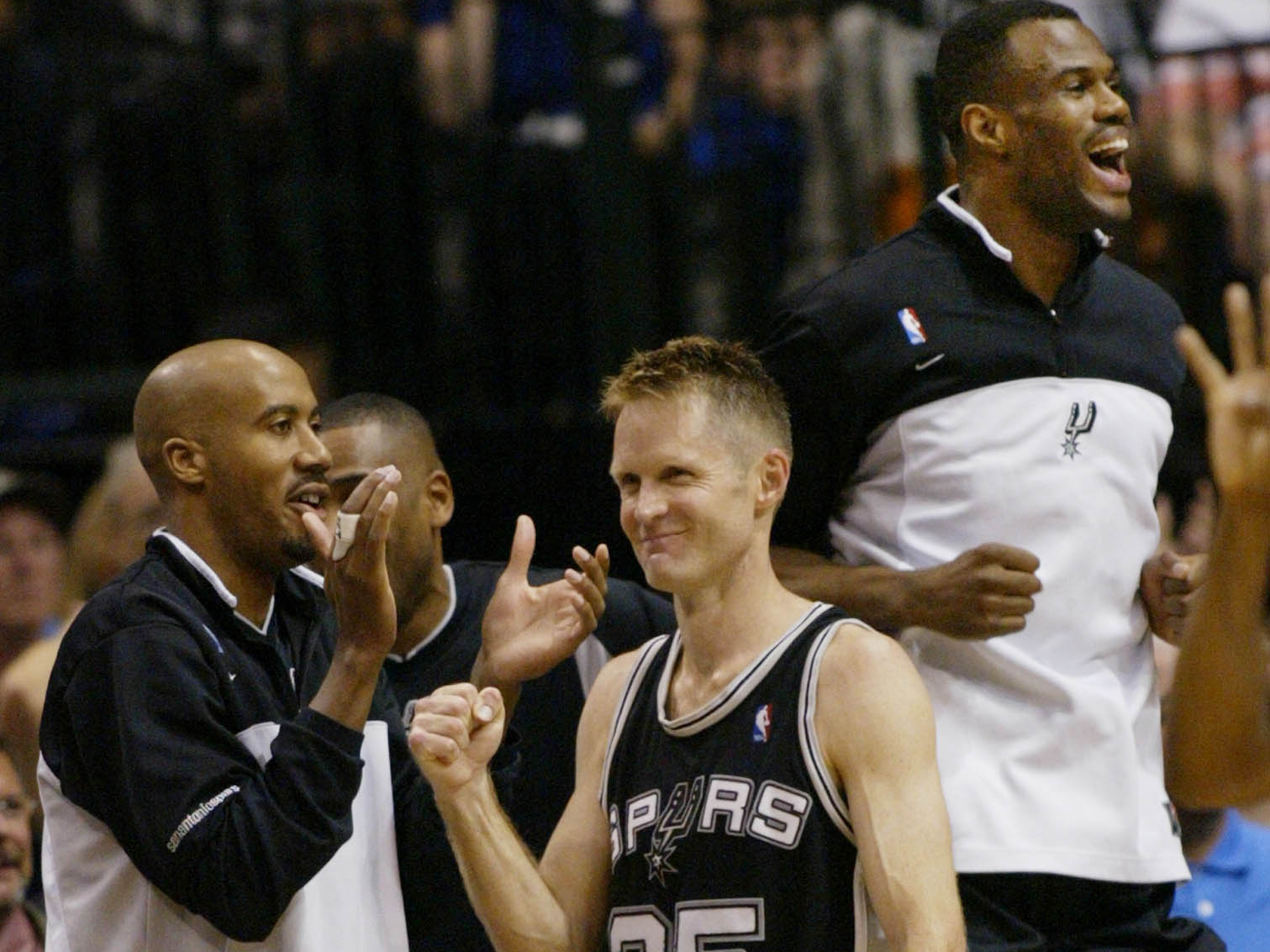 He stepped away from the hardwood and into the booth after that fifth championship run, broadcasting for TNT from 2003 to 2007. Four years later, he replaced Mark Jackson as head coach of the Warriors, and the rest is history.

Now check out some Bulls and Michael Jordan stories that have come to the surface from “The Last Dance”: 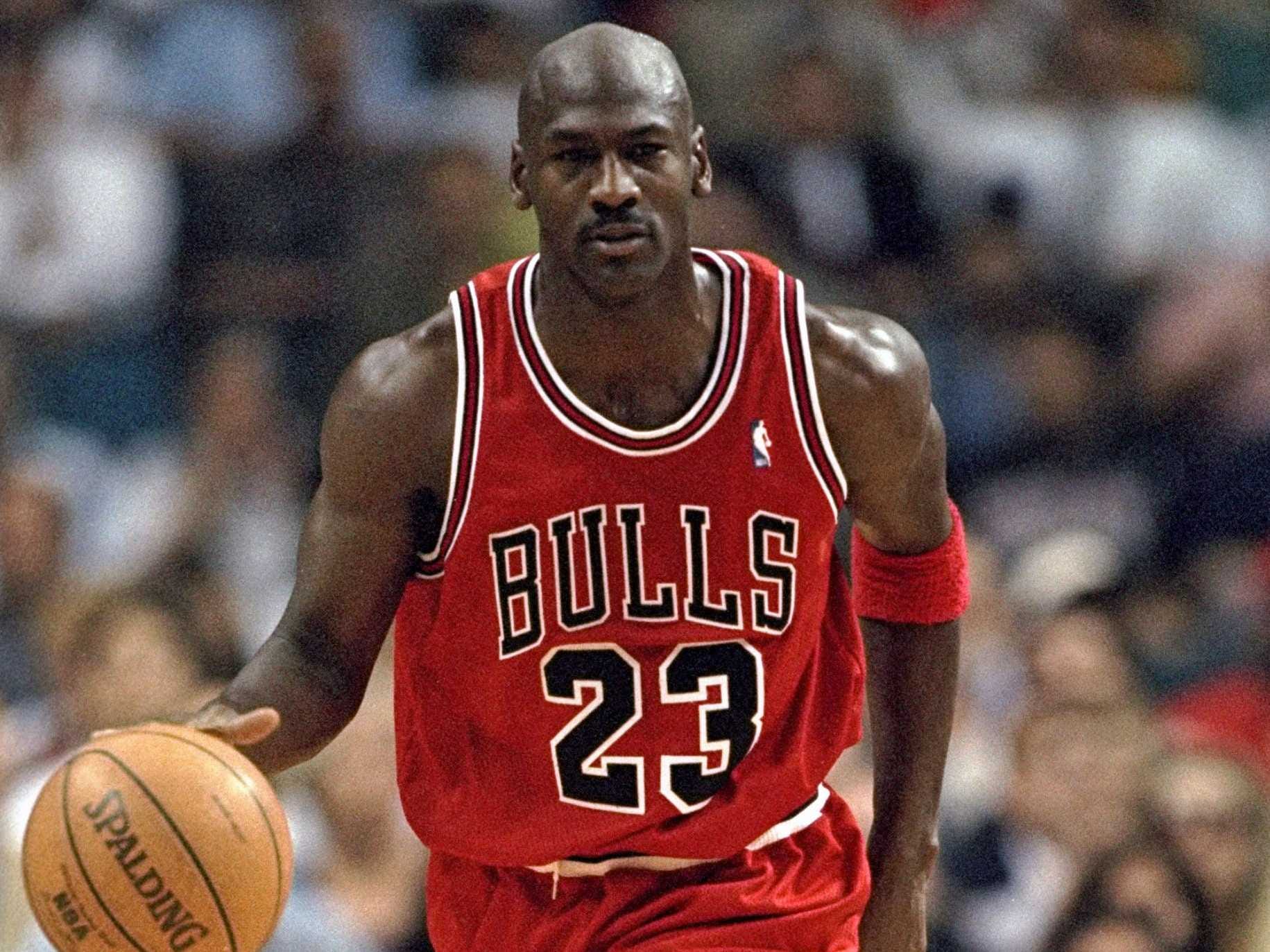