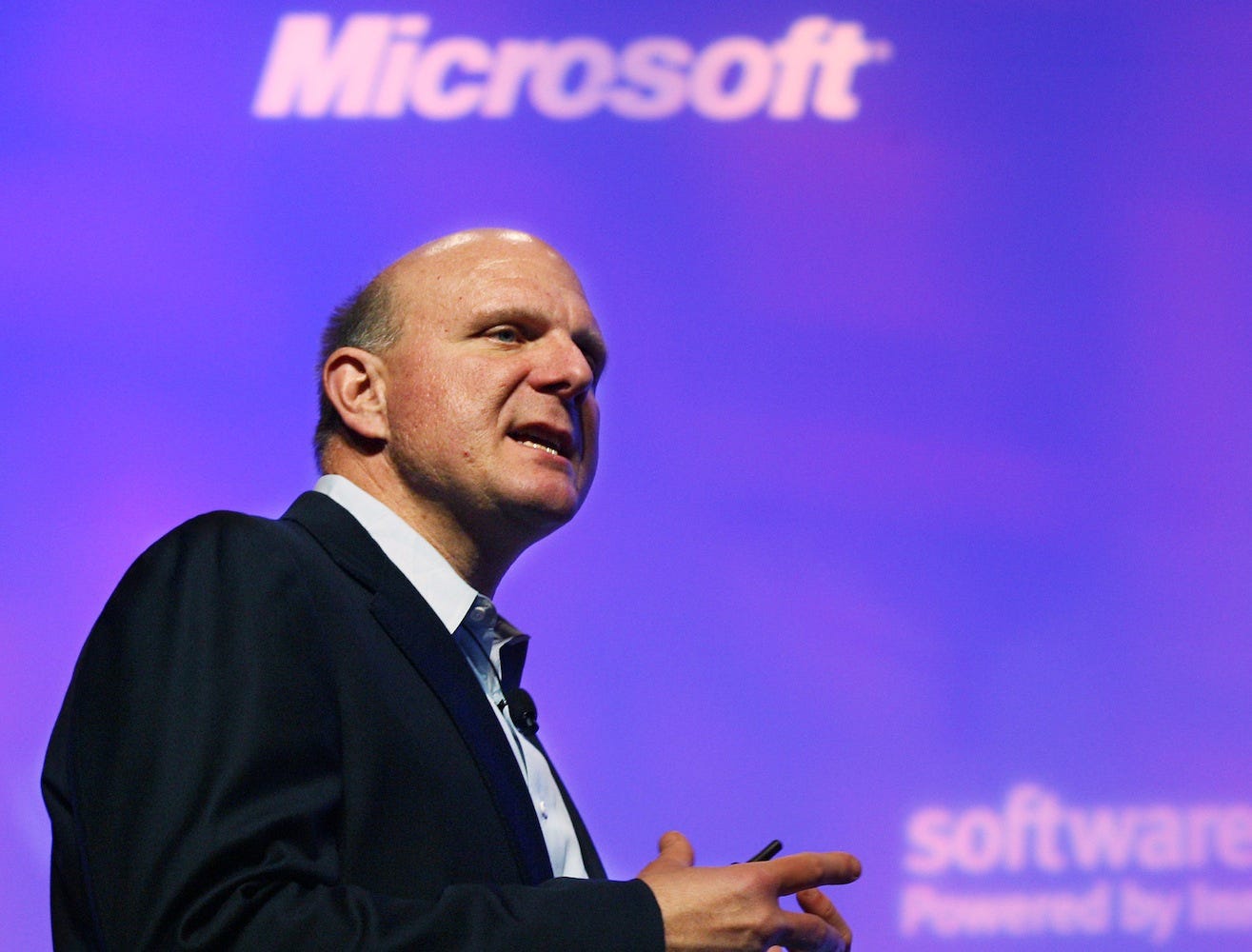 Former MicrosoftCEO Steve Ballmer said he wishes he had invested in cloud computing earlier in his tenure at the tech giant, CNBC reported. Ballmer made the remark Thursday on Clubhouse, an audio-chat app, during a discussion that also included Sriram Krishnan, a general partner at Andreessen Horowitz, and Steven Sinofsky, a former manager at Microsoft.

“I wish we probably started a year or so, two years earlier,” Ballmer said, according to CNBC’s report.

Microsoft released its first cloud products in 2008 before debuting Azure, its cloud-computing service, in 2010. By then, Amazon had been selling cloud services for four years.

Amazon Web Services, Amazon’s cloud-computing division, is the leader in the cloud-infrastructure market, earning a 32% share during the fourth quarter of 2020. Microsoft Azure was second, with a 20% share. No other company reached 10%.


Read more:
Amazon and Microsoft have the $US7 billion-plus federal cloud market so ‘locked up,’ analysts say the real challenge will be standing out from each other

Cloud services have become a larger percentage of Microsoft’s business in recent years. During the company’s 2020 fiscal year, which ran from July 2019 through June 2020, its “intelligent cloud” segment accounted for 34% of the company’s revenue, up from 31% in fiscal 2019 and 29% in fiscal 2018.

Satya Nadella, Microsoft’s current CEO, ran the division at Microsoft that included its cloud business before replacing Ballmer in 2014. Nadella has also said he wished Microsoft had launched its cloud products sooner.

“We knew by looking at what Amazon was doing that we needed to reinvent ourselves,” Nadella said in 2017.

During the Clubhouse discussion, Ballmer said Microsoft was also too slow in its attempt to launch a phone. The company bought Nokia’s devices business in 2014, seven years after Apple released its first iPhone. By 2017, Microsoft said its phone-related revenue was “immaterial.”