15 stereotypes about the South that just aren't true 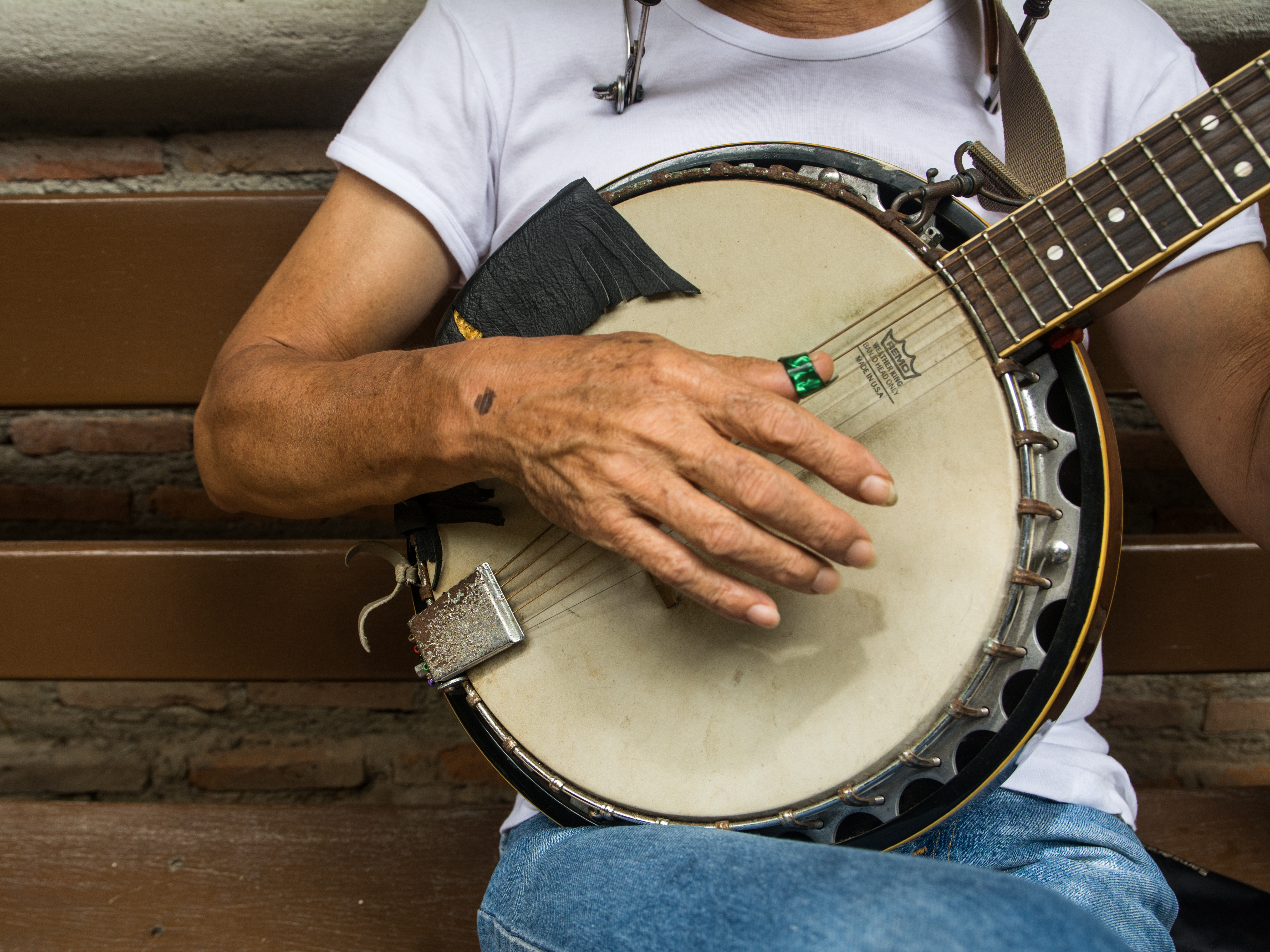 While living in New York, every time I opened my mouth, I would get the dreaded, “Where are you from?”

I was aware that, at least vocally, I stuck out like a poorly placed puzzle piece. I have a Southern drawl that calls to mind bluegrass bands, “Forrest Gump,” and the Mobile Bay. When I’m home in Alabama, I only ever feel like myself, but when I was in New York and the North, all I ever felt was Southern.

In pop culture, the South gets a bad rap: We’re hicks or “by golly” simple folk on our best days and racist bigots on our worst. While I may like my sweet tea and corn bread as much as the next country boy, Southern stereotypes are usually just that – stereotypes. They take away a lot of the nuance of the region.

Here are 15 stereotypes about the South that just aren’t true.

“Southerners are rednecks or hillbillies.”

The redneck is an archetype from many films and TV shows, particularly horror movies. There are even Halloween costumes. The caricature of a rednecks is that they live in trailers, drink beer, aren’t the brightest of people, wear overalls un-ironically, and can usually be found in rural areas.

Now have I ever seen someone who fits that description? Sure, but not on the mass scale you would expect based on pop culture. The South is a diverse region with people from all walks of life. While you may find someone to support the stereotype and say, “Hey Matthew, what gives?” I could point to many more who don’t fit the caricature at all.

“And they’re probably married to their cousin.”

The stereotype that people from the South are inbred speaks for itself and is extremely offensive. In recent years, my home state of Alabama has been associated with inbred memes online.

I’m not sure where the stereotype started but horror films like “Wrong Turn” have ingrained the image of the inbred hillbilly in the public psyche. Out of all the stereotypes, this is one of the most objectively wrong and hurtful to a Southerner.

“All Southerners have heavy accents …”

You may be surprised to discover that we don’t all sound like we stepped out of “Forrest Gump” or “The Waltons.”

Well I do, but I’m not the shining example of the South. I hate the sound of my voice, so much so that I wish I could just communicate solely through the written word. How do I know not all Southerners have accents? When I was in elementary school and middle school in Alabama, some of the other students would make fun of the way I sounded.

While I lived in New York, some of my friends and even an ex-girlfriend tried to emulate my accent, and it’s always made me internally cringe. Sometimes they would ask me to repeat words so they could hear how I pronounced them. I knew it was in good fun, but I sometimes felt a bit insulted, like all these years later it was still a joke.

Some Southerners have heavy accents like me, some have light accents, and others don’t have any accents at all – it’s like they stepped out of the Midwest. We’re living a more homogenized society with people regularly travelling across state boundaries and TV and the internet creating a singular pop culture experience.

People who try to emulate my accent will often throw in a rich and hearty “howdy” as if they were a cowboy stepping off the prairie. I have never heard a legitimate “howdy” from anyone in the South. Perusing through Southern slang dictionaries online, I feel like I’m preparing to read “Gone With The Wind.” No one under 100 says things like “June bug,” “varmint,” or “What in tarnation!”

The South has its fair share of slang, don’t get me wrong. I love my “aints” and “y’alls.” Depending where you are at in the South, you’ll hear freshwater crustaceans crayfish called by a variety of names: mudbugs, crawfish, crawdads, yabbies, and mountain lobsters. Dialect changes and evolves over the years, and few people in 2020 speak like they stepped out of a Civil War reenactment.

“Southerners don’t receive a proper education and are ignorant.”

It wasn’t just me: I had to work hard in school because I was surrounded by other students who were working just as hard. While it may not be Yale or Harvard, the University of Alabama has an acceptance rate of 59%, according to College Simply.

“People in the South live in poverty.”

caption
Someone holding out their hands.

To say the entire South is a poverty-stricken wasteland also discounts the many successful people who live here. Jimmy Rane, the richest man in Alabama, has a net worth of $US950 million, according to USA Today, while Tim Cook, the CEO of Apple, graduated from my high school in Alabama.

“Everyone lives in a trailer park …”

According to Apartment List, an estimated 17.7 million Americans live in manufactured homes, commonly called trailers or mobile homes. That’s around 5.5% of the entire country’s population. Three of the states with most mobile homes are located in the South: South Carolina at 15.7%, West Virginia at 14.4%, and Mississippi at 14.1%, which means around 85% of the population in each of these states don’t live in mobile homes. And of course, people live in mobile homes throughout the country in states like California.

There’s also the implication that trailer parks are dirty, rundown places, but this simply isn’t the case in reality. In fact, I lived in a trailer park for a decade of my life, in a nice double-wide mobile home with four bedrooms. My parents planted rose bushes and flower beds and kept the lawn maintained in summer months. Children played or rode their bikes in the neighbourhood – a far cry from what people might imagine.

“… or they live out in the country on farms.”

I don’t think I’ve ever been to a farm, at least not one I can recall. The most farmland I ever saw was when I drove through Iowa.

My grandmother was born a sharecropper, spending her childhood picking cotton and turnips, but this was back in the 1950s. A couple of my classmates did live on farms, but it wasn’t commonplace.

In fact, the landscape is far more diverse than people might expect. Most of Alabama seems to be covered with green forests, and there are coastal cities with sandy beaches. Cities like Atlanta, Dallas, and Houston are sprawling masses of buildings and skyscrapers.

“Every state in the South is the same.”

My class at NYU once had a guest speaker who told us that visiting the South was like visiting a “foreign country.” She had visited a trailer park for a story and hated the experience so much that she wrote off an entire region and then shared it with a class of impressionable 20-something-year-old students.

There is no South, just like there is no North. Sure, you can group states according to who fought for which side in the Civil War, but that’s a construct as much as the states themselves. Texas is so large that it would swallow the British Isles. To say Dallas and Houston are the same is to ignore everything that makes them so different. Atlanta is nothing like its fellow Southern city New Orleans, which is nothing like a small town in rural Arkansas. They all have their own cultures, their own history, and their own way of living.

“All Southerners are white.”

A girl I met at a party in New York once told me she would never live in the South because it was too white. She was of Indian descent and had been to West Virginia on a trip and found the experience off-putting.

Southerners come in all shapes and sizes, with a more diverse population than in the Midwest and Northeast.

“Racism only exists in the South.”

caption
An example of historical segregation.

When I was in New York, I interviewed a Jewish bagpipe player for a class story. Before I could barely get a word out, he asked me where I was from and if he would be accepted there. He said he doubted it because people in the South were racist.

Talking about racism in America is a sensitive subject that deserves weight and careful analyst. As a Southerner and American, I am aware of the historical atrocities committed in my own state as well as the current on-going struggle nation-wide. To say that all people in the South are racist is to perpetuate that people in the North are not. As reported in articles like The Guardian, racism knows not state lines nor regional borders.

As reported by The Root, black people living in the South are more likely to receive a similar education to their white peers, are slightly more likely to be hired than the national average, and less likely to be involved in a violent encounter with the police. That’s not to deny inequality, but racism is a national issue that must be addressed in every state.

“Everyone in the South goes to church.”

Southerners often get stereotyped as Bible thumpers. Growing up, my parents never forced me to go to church. Church played an important role in my community growing up, but in my experience, you were never ostracised for not going.

According to the Pew Research Centre, Christianity accounted for 76% of religions in the South, but compared to religious practices of the country as a whole, that’s just 6% more. In the South, non-Christian faiths make up 4% of the population, and 19% of people are unaffiliated to a religion. Nationwide, the numbers are similar: 5.9% for non-Christian faiths and 22.8% for unaffiliated.

“Everyone in the South owns a gun, and they don’t believe in gun control.”

I imagine parts of the country view the South as if it is one big “Tiger King” episode. Do people in the South love their guns? Yes, many people do. My dad and sister go deer hunting in the winter months (although, in the past three years, they have only managed to kill one doe, so they’re not particularly good at it).

But not everyone in the South owns guns, and just because you own a gun doesn’t mean you cannot support a form of gun control. After a mass shooting, my father agreed that certain guns shouldn’t be sold to the public, and there needed to be more restrictions in place. Like many sensitive discussions, there is a great deal of nuance.

“People in the South only listen to country music.”

Outside of Johnny Cash and Willie Nelson, I’m personally not a huge fan of the genre.

There’s more to the South than just Nashville and the Grand Ole Opry. Muscle Shoals in Alabama gave us Southern rock bands like Lynyrd Skynyrd. In New Orleans, the jazz scene is ever prevalent. Mississippi gave us blues legend BB King.

“All of the food in the South is fried or covered in grease.”

Southerners have a reputation for their unhealthy eating habits, but not all Southern food is fried in animal fat. Southerners love seafood boils, which are usually prepared with crawfish, corn, potatoes, and sausages. Other Southern dishes include gumbo, jambalaya, and shrimp and grits. We have plenty of vegetables on the menu (whether they’re cooked with bacon or ham hock is up to the chef) like collard greens, rutabagas, lima beans, turnips, and black-eyed peas.