Stephen Ross — Trump donor and Equinox chairman — has reportedly already donated $1 million toward NYC's next elections. Take a look at how one of the city's richest residents built his fortune. 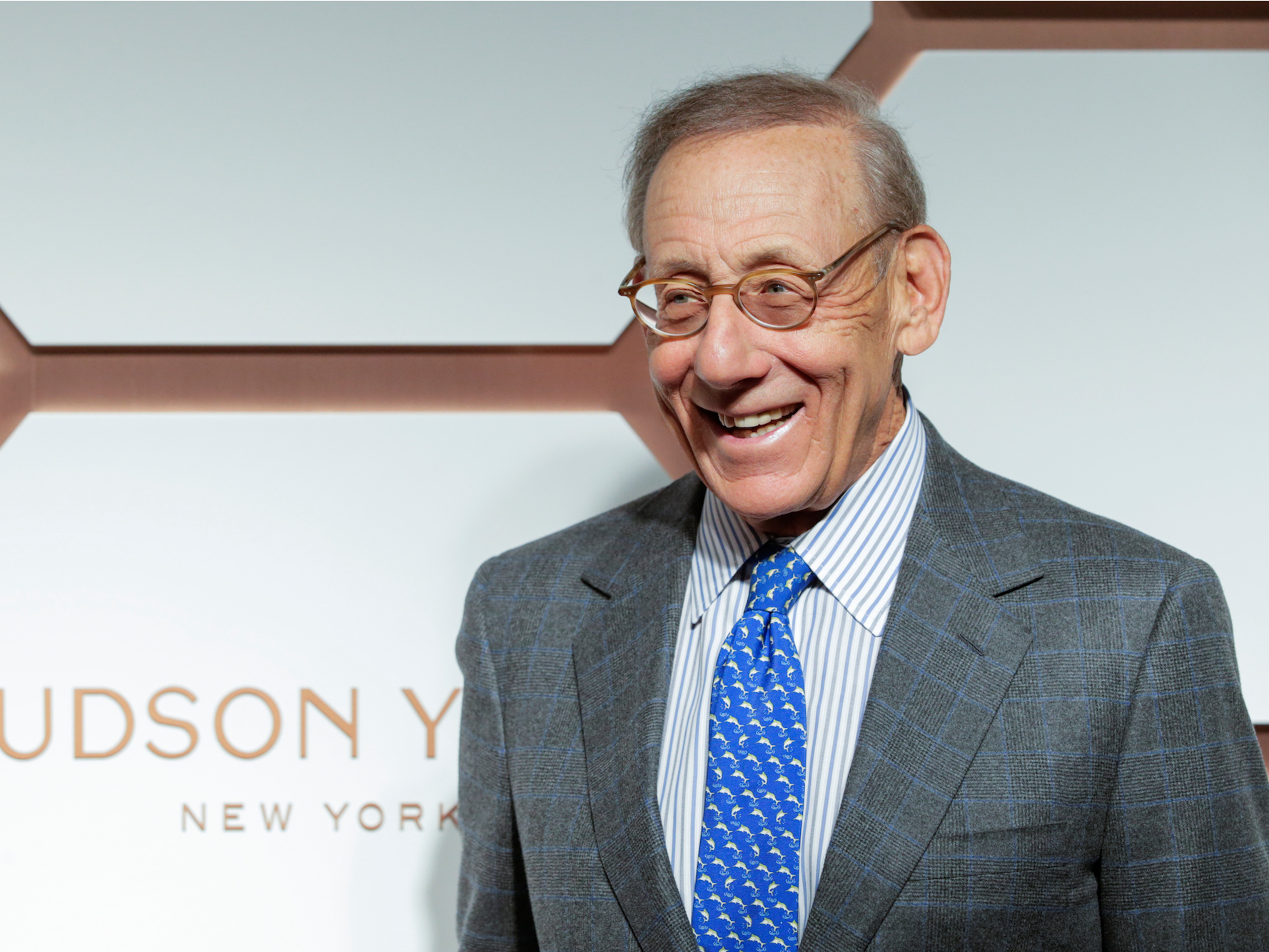 EDUARDO MUNOZ/ReutersStephen Ross has a net worth of $US7.2 billion.

Real-estate mogul Stephen Ross is hoping to have a say in NYC’s next mayoral race.

On Monday, The New York Times reported that Ross had donated $US1 million in December to a committee called Common Sense NYC; other real estate executives also chipped in. A source told the Times that the committee â€” which cannot coordinate with a campaign or a candidate â€” is focused on several upcoming New York City elections, including the mayoral race.

In August, Ross, along with tech executive Daniel Doctoroff, was discussing raising $US100 million for “the right candidate” in NYC’s 2021 mayoral race, two sources involved in those discussions told The New York Times’ Dana Rubenstein.

Per the Times, Common Sense NYC has only just begun fundraising.

The 80-year-old Ross is chairman and majority owner of the Related Cos., which owns luxury fitness brands Equinox and SoulCycle. He has an estimated net worth of $US7.2 billion, per Forbes. Ross, who sparked backlash and boycott threats last year over his Trump ties, is known as the man behind New York City’s Time Warner Centre and the most expensive real estate development in US history â€” Hudson Yards â€” as well as the owner of NFL team Miami Dolphins.

Here’s a look at Ross’ life and fortune.

Real estate developer and investor Stephen Ross has a Forbes estimated net worth of $US7.2 billion, thanks to his position as chairman of global real estate and lifestyle company Related Cos. Ross is also one of the top 25 richest people in New York. Ross took the leap after he was fired from securities brokerage firm Laird and investment bank Bear Stearns, reported Danielle Wiener-Bronner for CNN. He said it “was the best thing that happened to me.”

“I started working, and I really developed the passion for what I was doing,” he told Wiener-Bronner. “The more I did it, the more my passion grew.”

Related Cos. owns or is currently developing more than $US60 billion worth of properties worldwide, according to its website. One of those properties is the most expensive real-estate development in US history — New York City’s $US25 billion Hudson Yards. Hudson Yards has been called a “playground for billionaires.” About half of Hudson Yards was complete at the time of its opening, and the remaining is expected to be completed by 2025,Crain’s New York reported last year.

Luxury condos in the neighbourhood start at $US4.3 million and can exceed $US32 million, Business Insider’s Katie Warren reported. When finished, Hudson Yards will have a luxury mall, office spaces, public gardens, a performing-arts space, and the highest outdoor observation deck in the Western Hemisphere, she wrote.

But Related Cos. is most famously known for developing New York City’s Time Warner Centre near Central Park. 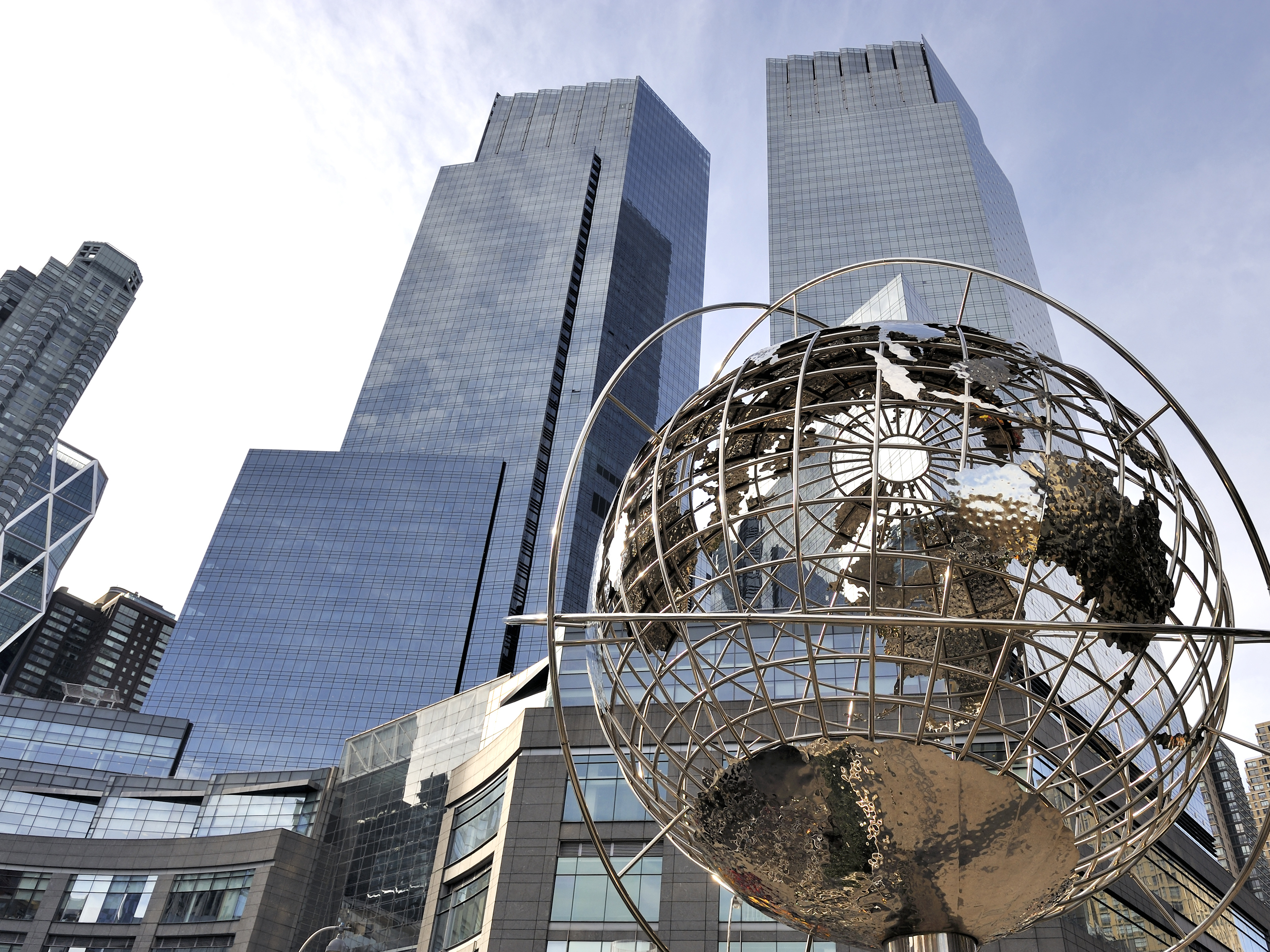 The 2.8 million-square-foot property consists of retail stores, restaurants, a hotel, and offices, reported Wiener-Bronner for CNN. 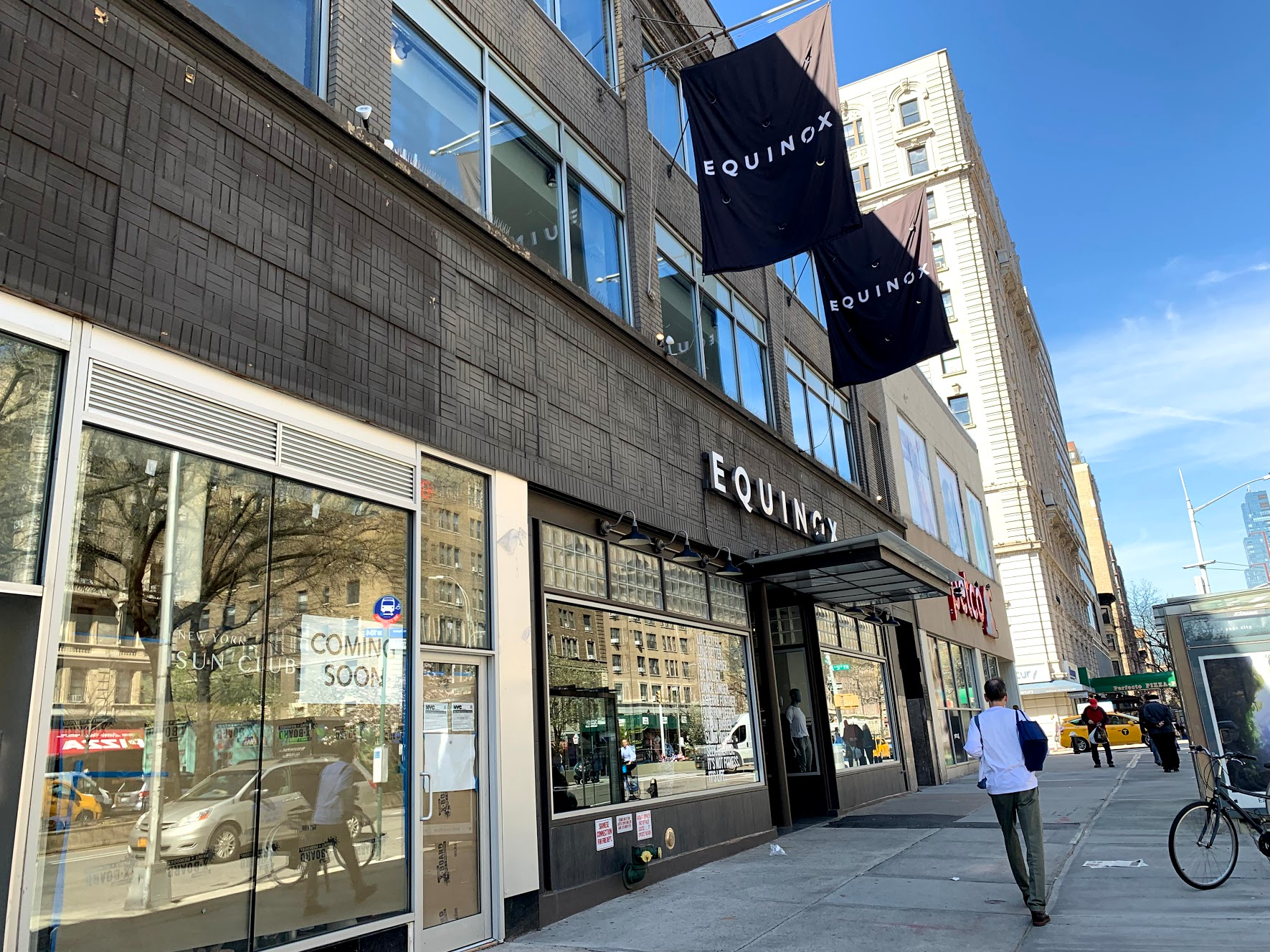 Related Cos. acquired Equinox in 2005, and Ross sits on the board of directors; SoulCycle is owned by Equinox, reported Business Insider’s Kate Taylor.

But Related Cos. isn’t Ross’ only business — in 2012, he cofounded private investment firm RSE Ventures, which specialises in sports and entertainment, media and marketing, food and lifestyle, and technology companies. RSE Ventures has invested in Resy, David Chang’s Momofuku, and feminine care line Lola, among others, according to its website.

Ross also owns NFL football team Miami Dolphins, which he purchased for more than $US1 billion. In 2008, Ross purchased 50% of the team, including the stadium and surrounding land, for $US550 million, according to Sports Illustrated. The following year, he purchased the additional 45% of the team for $US450 million. Businessman Wayne Huizenga owns the remaining 5%.

The franchise was valued at $US2.9 billion as of September 2020, per Forbes. 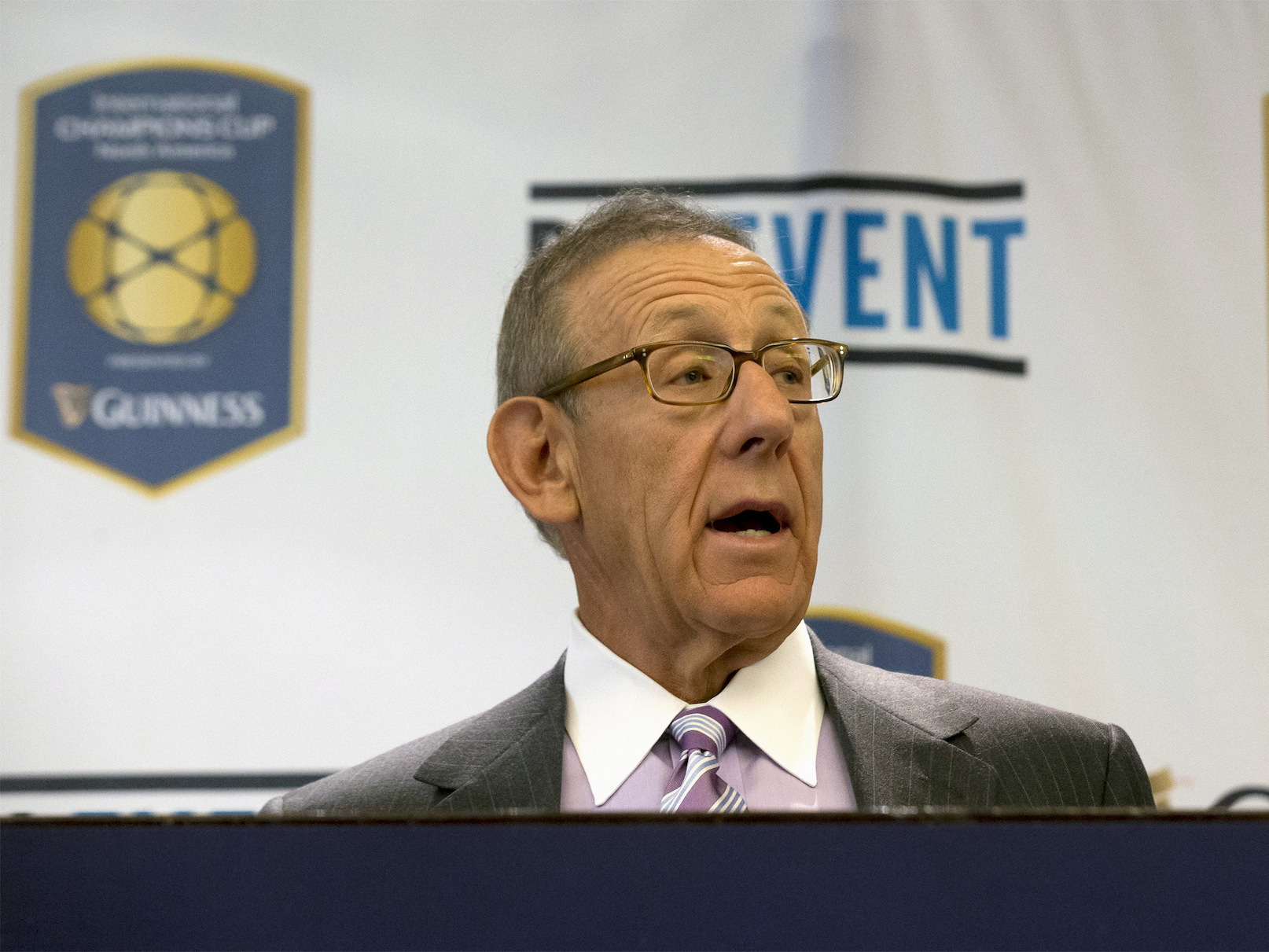 The International Champions Cup features 12 of the world’s best clubs in one tournament.

Ross holds a number of esteemed positions at various non-profits and institutions, from health care to arts and culture. 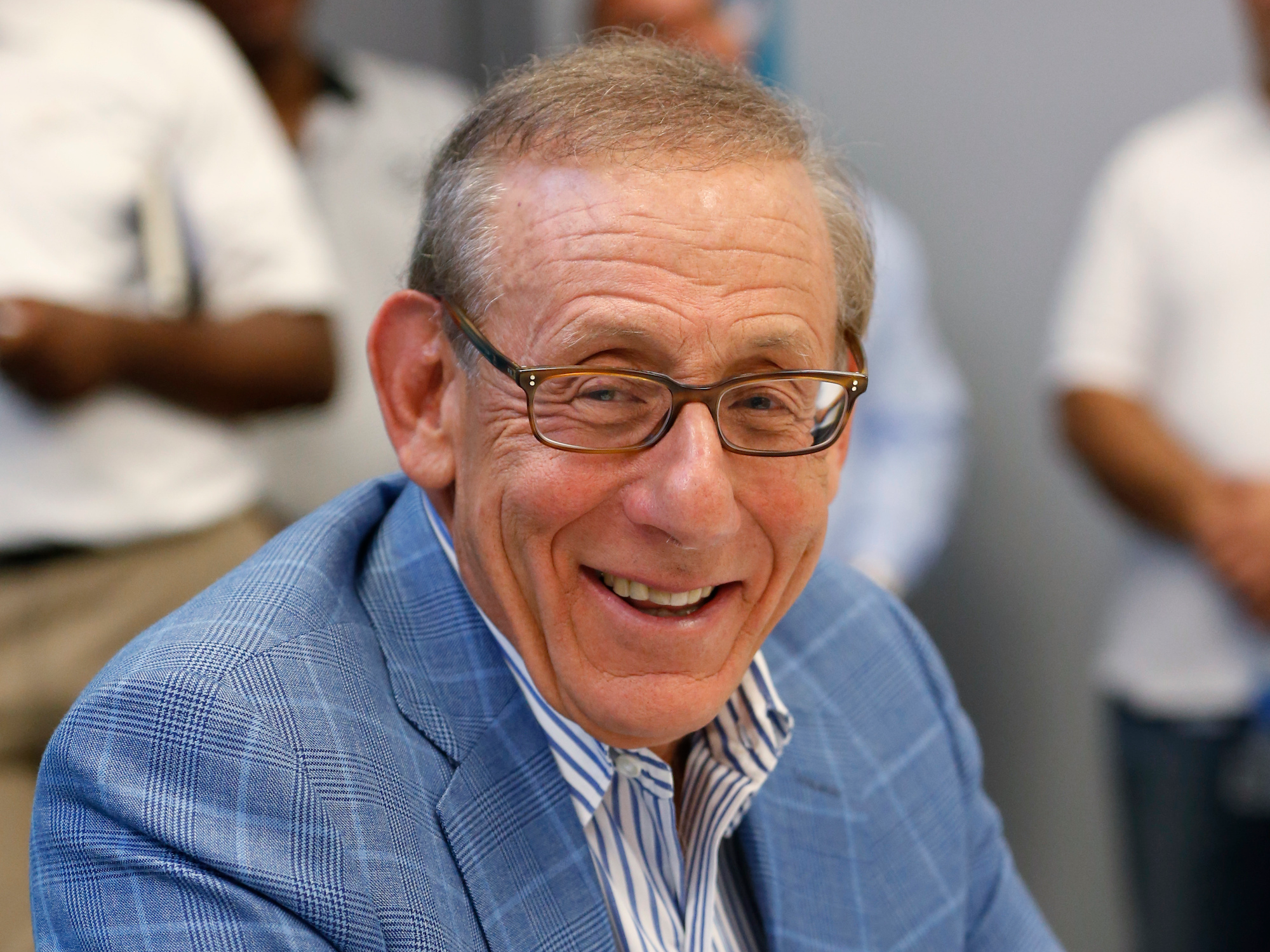 He’s a trustee of Lincoln Centre and New York Presbyterian Hospital. He’s also a director on the board of the Jackie Robinson Foundation, New York Stem Cell Foundation, and the World Resources Institute.

Ross is big on philanthropy, particularly for sustainability and higher education. He’s donated over $US450 million to his alma mater, the University of Michigan, over the years. Ross has also donated $US20 million to the NYU School of Law, another alma mater, according to Inside Philanthropy.

He gifted $US30.5 million to the World Resources Institute to establish the WRI Ross Centre for Sustainable Cities. Its goal is to “integrate urban planning, sustainable transport, energy and climate change, water resources and governance.” He recently pledged an additional $US63.5 million to the centre.

The fundraising Ross is reportedly considering for NYC’s 2021 mayoral race wouldn’t be his only political donation. He’s given money to both Democratic and Republican parties throughout the years. A spokesperson for Ross told The New York Times’ Dana Rubenstein, regarding the possible 2021 NYC mayoral race donation, that Ross “has no preference as to a mayoral candidate’s party affiliation.” Per the latest Times report, the committee that Ross has put $US1 million into is focused on issues that include public education, infrastructure, and quality of life.

And in August 2019, Ross stirred controversy following a report that he would be hosting a Trump fundraiser in his Hamptons home for $US100,000 per ticket, according to The Washington Post. 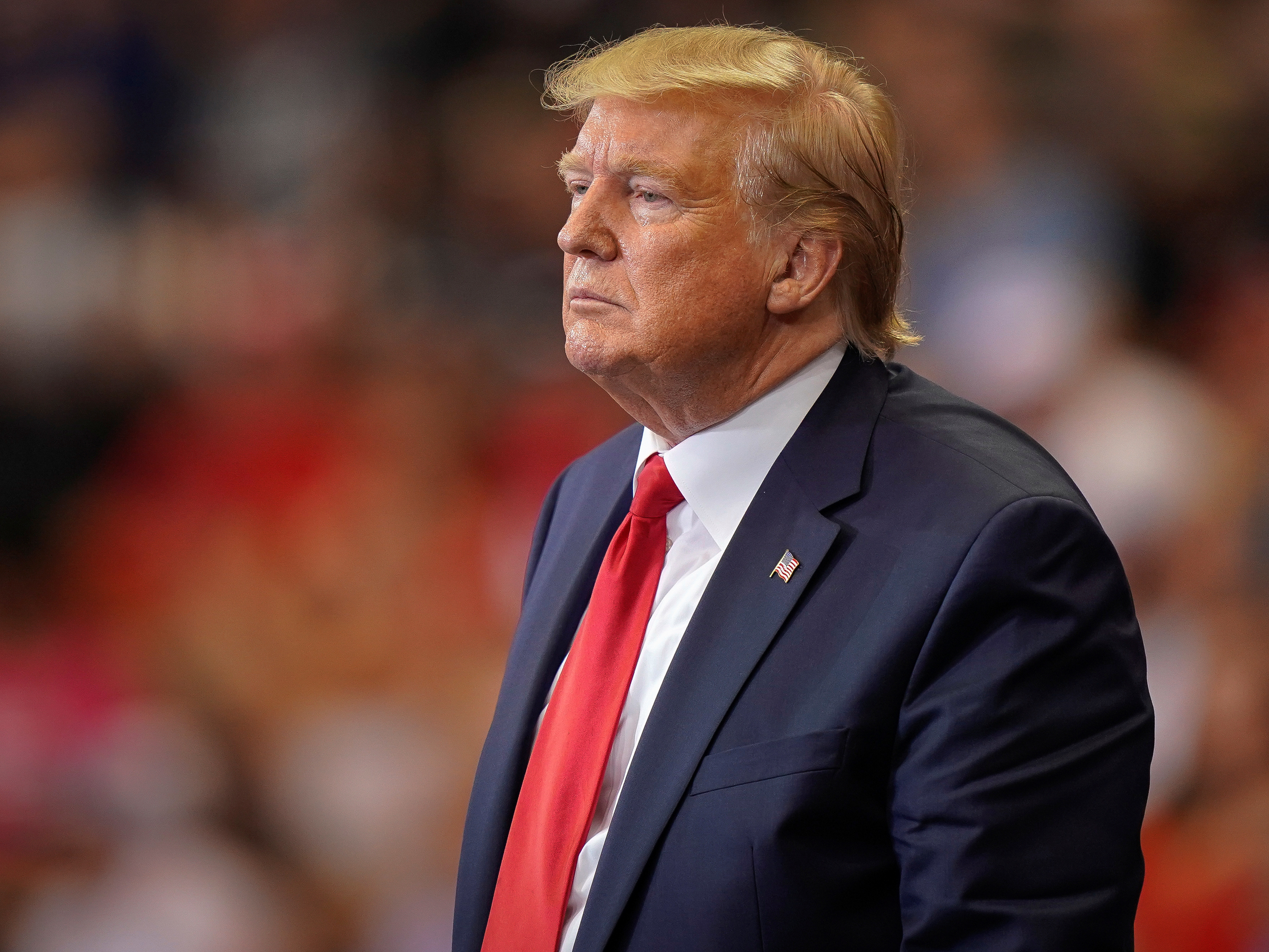 Equinox later released a statement on Twitter saying it isn’t associated with and doesn’t support the event. “We believe in tolerance and equality, and will always stay true to those values,” it reads. “Mr. Ross is a passive investor and is not involved in the management of either business.”

Dolphins wide receiver Kenny Stills criticised Ross for supporting Trump. He said that Ross, who runs the nonprofit RISE, which aims to eliminate racial discrimination, can’t support both that mission statement and Trump.

Ross responded to the wave of backlash in his own statement, saying that he likes to engage in the democratic process and that he and Trump, who he’s known for 40 years, agree on some issues and disagree on many others.

“I always have been an active participant in the democratic process,” Ross said. “While some prefer to sit outside of the process and criticise, I prefer to engage directly and support the things I deeply care about.”

Ross works and lives in the Time Warner Centre, but he put his 8,500-square-foot penthouse on the market for $US75 million in 2019 because he and wife Kara are moving to Hudson Yards. The Time Warner Centre penthouse boasts a 42-foot-long living room, marble floors, a massive art collection, and five bedrooms, reported Katherine Clarke for The Wall Street Journal. As of December 2020, the penthouse appears to still be on the market.

According to Clarke, they plan on moving into a penthouse at 35 Hudson Yards. It’s touted as the “more upscale” neighbour of 15 Hudson Yards and is the tallest residential neighbourhood in Hudson Yards, reported Warren for Business Insider. Current prices in the building range from $US5 million to $US28.5 million, but penthouses haven’t been priced, she said.

Ross and Kara, a jewellery designer, have four children, according to Bloomberg.

Aside from his main residence, Ross has spent more than half a billion dollars building up his own personal real-estate portfolio in New York and Florida. 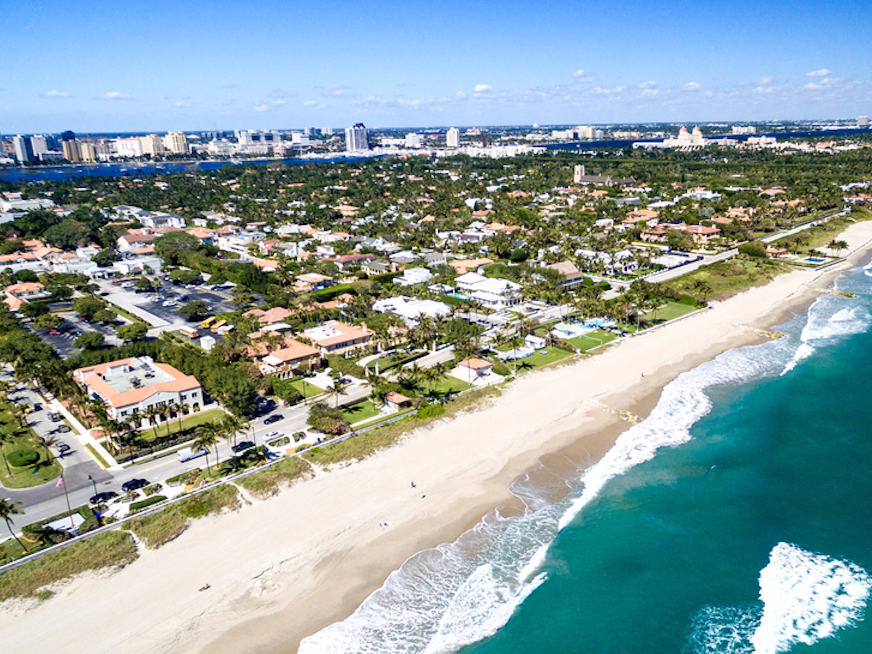 In New York City, he purchased a $US6.9 million condo in Tribeca and an apartment in the West Village, according to Sylvia Varnham O’Regan of The Real Deal. While it’s unknown how much he paid for the latter, prices of other units at the time of the purchases were as high as $US35 million.

He also owns a 9,148-square-foot-property on a nearly three-acre lot in Southampton, which Trulia valued at $US11.4 million, reported O’Regan.

That’s not to mention his Palm Beach, Florida, oceanfront mansion, known as “The Reef,” for which he reportedly paid $US31.8 million. He previously owned a four-bedroom condo in the city, which he purchased for $US6.3 million and later sold for $US12.1 million, O’Regan said.

When he’s not working, snapping up real estate, or getting philanthropically or politically involved, Ross spends time golfing, boating, and exercising. He told Wiener-Bronner he walks the 700 feet up to the top of the Time Warner Centre two or three times a week.

“I never thought I’d be where I am today,” Ross told her. “I kind of pinch myself, but I don’t sit back because I’m always looking forward.”