NBA players can't work out at gyms while the season is suspended, so Stephen Curry set up a hoop in his driveway 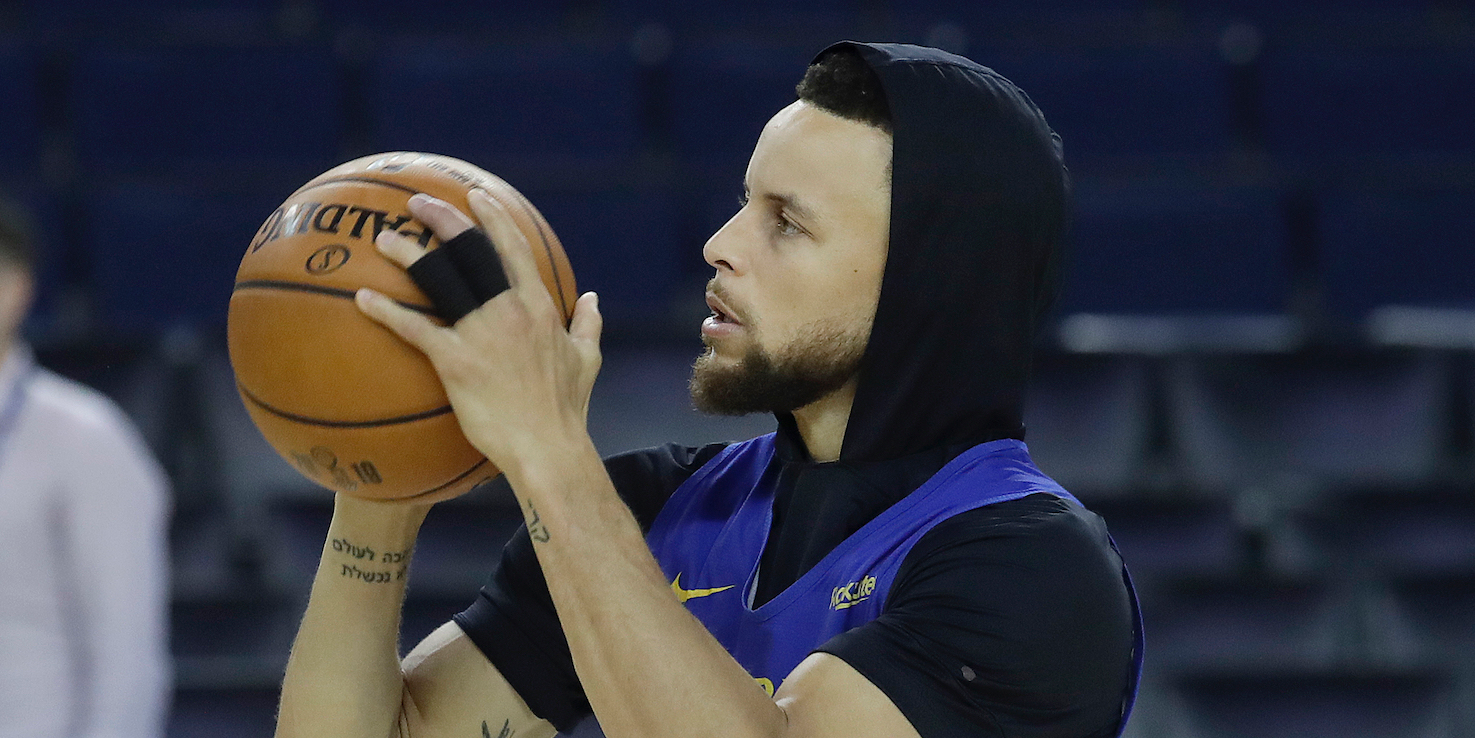 With the NBA season suspended and team facilities and gyms closed, NBA players have turned to new ideas to stay in shape and keep their skills sharp.

For Stephen Curry, that has meant shooting in his driveway on a Spalding hoop he set up himself.

According to Ben Cohen of The Wall Street Journal, Curry had been unable to shoot a basketball for two weeks when his wife, Ayesha, ordered a Spalding basketball hoop for their driveway. Curry then set it up himself, a five-hour task he described as daunting.

“I got overwhelmed looking at the manual,” Curry told Cohen, adding: “I was very confident in myself going in. That was shot down pretty quick.”

Curry told Cohen that he first used an indoor ball, which got worn out in a matter of two days. He now has an outdoor ball and is working on building a three-point line.

Curry is one of the more fortunate players in the league to have a house, driveway, and room to set up a hoop and shoot. For many others in the league, basketball has stopped entirely.

Before the closing of facilities, NBA teams were operating under strict guidelines in their facilities: a limited number of staff members were allowed in, players shot at separate baskets with only one coach, and all equipment was wiped down between drills and sets.

Though not every player was going into their team facilities to work out, for some, it was a chance to keep a regular schedule.

“I think everybody was appreciating the outlet, the opportunity to get out of their houses or their apartments, and, you know, have the sense of normalcy of going to the gym, going to the office, which is part of everyone’s routine in life,” Milwaukee Bucks assistant coach Chad Forcier told Insider. “Getting a chance to blow off some steam and just kinda have that outlet.”

Forcier said he was working out with a player at the Bucks practice facility when the NBA sent a memo instructing teams to close down facilities.

“I mean literally within minutes of me finishing my final workout, the league had sent out word that that was going to be off-limits. So, yesterday was really the last shot for anybody that felt like doing that.”

Teams have tried their best to help players stay in shape, though it’s a challenge. Many players live in apartments and don’t have the outdoor space to shoot around like Curry. Even if their apartment buildings have gyms, those have been closed, and players have been ordered to stay out of them. Teams have sent players weights, bands, and other workout materials. Team trainers have also given players workouts to do involving only body weights. One agent told Insider that players had done sprints in their backyards.

Some players have their own gyms, but it’s rare.

“I think that’s a pretty elite or select group that might have their own gym at their house,” Forcier said.

Curry told Cohen that he has a Peloton bike, and the Warriors have had group rides in the morning, which, of course, turn competitive.

“In the Tour de Warriors, I’m above average, but I’m not on the podium yet. I have to figure out how to get there. There’s always something to shoot for,” Curry said.

Since the season was suspended, Curry has expanded beyond basketball. He told Cohen he was working on his golf game – including trick shots – and he did a live Q&A with Dr. Anthony Fauci, the director of the US National Institute of Allergy and Infectious Diseases, on Instagram about the coronavirus.

“Our problems, when it comes to trying to find workouts or stay in shape, are the least of anyone’s worries in terms of what’s going on in the world,” Curry said.