In the NBA, the MVP usually goes to the best player on one of the top two or three seeds in either conference.

Rarely is this formula broken. When Russell Westbrook won the MVP in 2016-17, he became the first player to win the award while playing on a team that finished lower than third place in their conference since Moses Malone won the award in 1980-81 for the Houston Rockets. Westbrook’s Oklahoma City Thunder finished as the sixth seed, but he averaged a triple-double and carried the team after Kevin Durant’s free agency departure.

Without fail, each year, this leads to a debate about who wins MVP and how we define “valuable.” Is it simply the best player on the best team? Or should we expand the meaning of “valuable” to who means the most to their team?

This year, Stephen Curry is set to reignite that debate in a big way.

Curry is on pace to have an all-time great season

Through 26 games, Curry is second in the NBA in scoring at 30 points per game. He’s shooting 49% from the field and 43.5% from three-point range. He’s also averaging 5.5 rebounds and 5.9 assists per game.

Curry’s stats are remarkably similar to his unanimous MVP season in 2015-16:

Only four NBA players are averaging over 25 points per game with an effective field goal (eFG, a weighted stat that combines field goal percentage, three-point percentage, and free throw percentage) above 60%: Curry, Nikola Jokic, Zach LaVine, and Kevin Durant. Curry has the highest eFG of the group at 61.3% and is the only player to hit more than 100 threes on the season.

Curry is on pace to make history, again. Before this season, only four players have averaged over 25 points per game with 60% eFG for a whole season. Curry has done it three times, LeBron James has done it twice. Kevin McHale and Charles Barkley both did it, but neither did it with anywhere close to Curry’s three-point shooting volume. 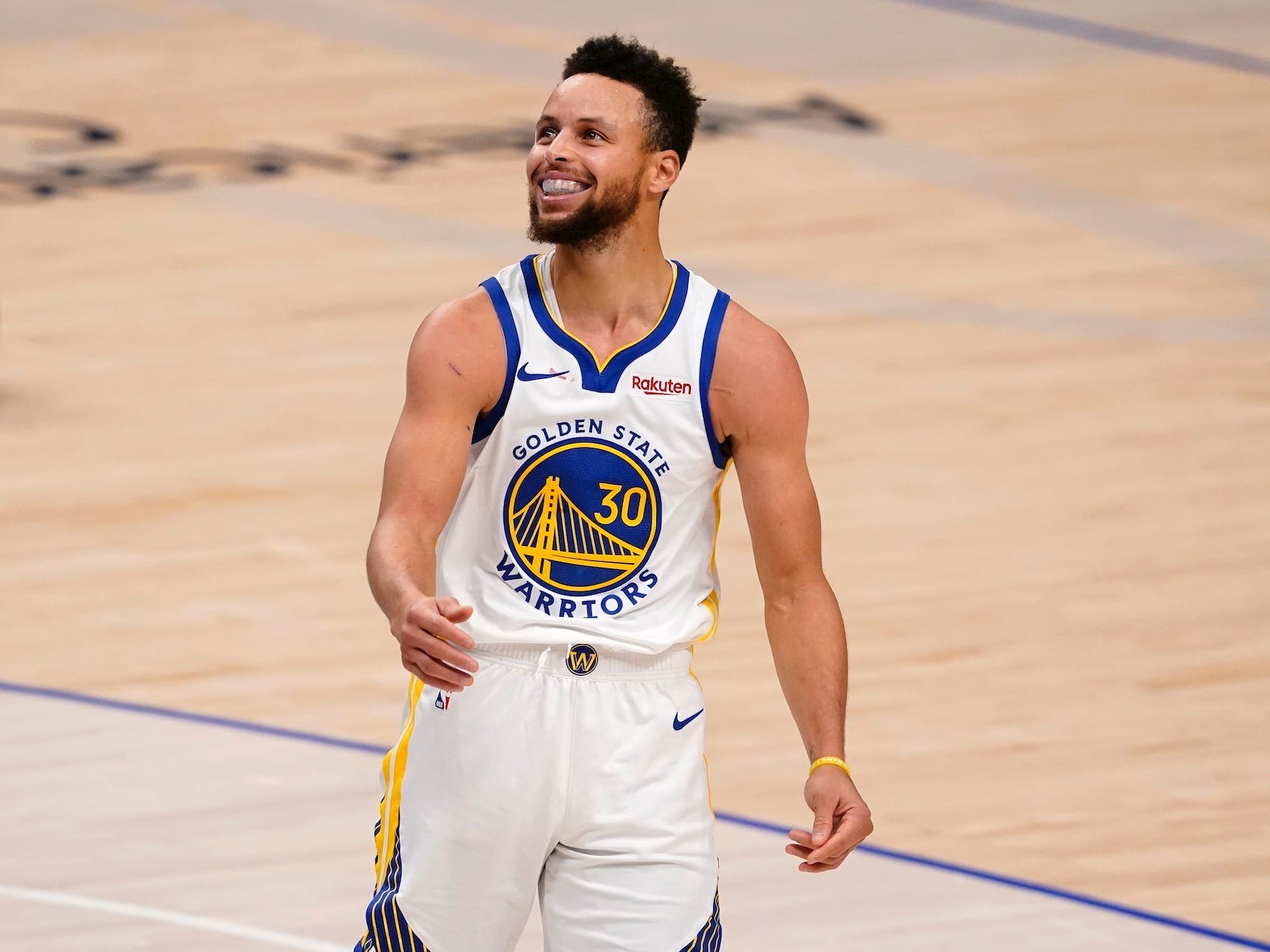 Of course, the major difference between Curry’s 2015-16 season and this season is the ’15-16 Warriors went 73-9, setting the record for the best regular season in NBA history.

What makes Curry’s scoring prowess all the more impressive this time around is that he’s playing without Klay Thompson, a lethal second scoring threat who stretches defences thin. In fact, Curry has little help on offence at all. Draymond Green is a master orchestrator but is almost a non-scoring threat â€” he’s averaging five points per game on 35% shooting. Kelly Oubre Jr., acquired via trade in the offseason, has mostly been a let-down on offence, though his shooting and scoring have ticked up in February.

Andrew Wiggins has been the second-best scorer for the Warriors and is indeed having one of his best seasons. The seventh-year forward is averaging 17.8 points per game on 47% shooting, 37% from three. Yet while his counting stats are nice, he has a Player Efficiency Rating (PER) of just 14.8 â€” 15 is considered league average. The Warriors have outscored opponents by just five total points with Wiggins on the floor this season. 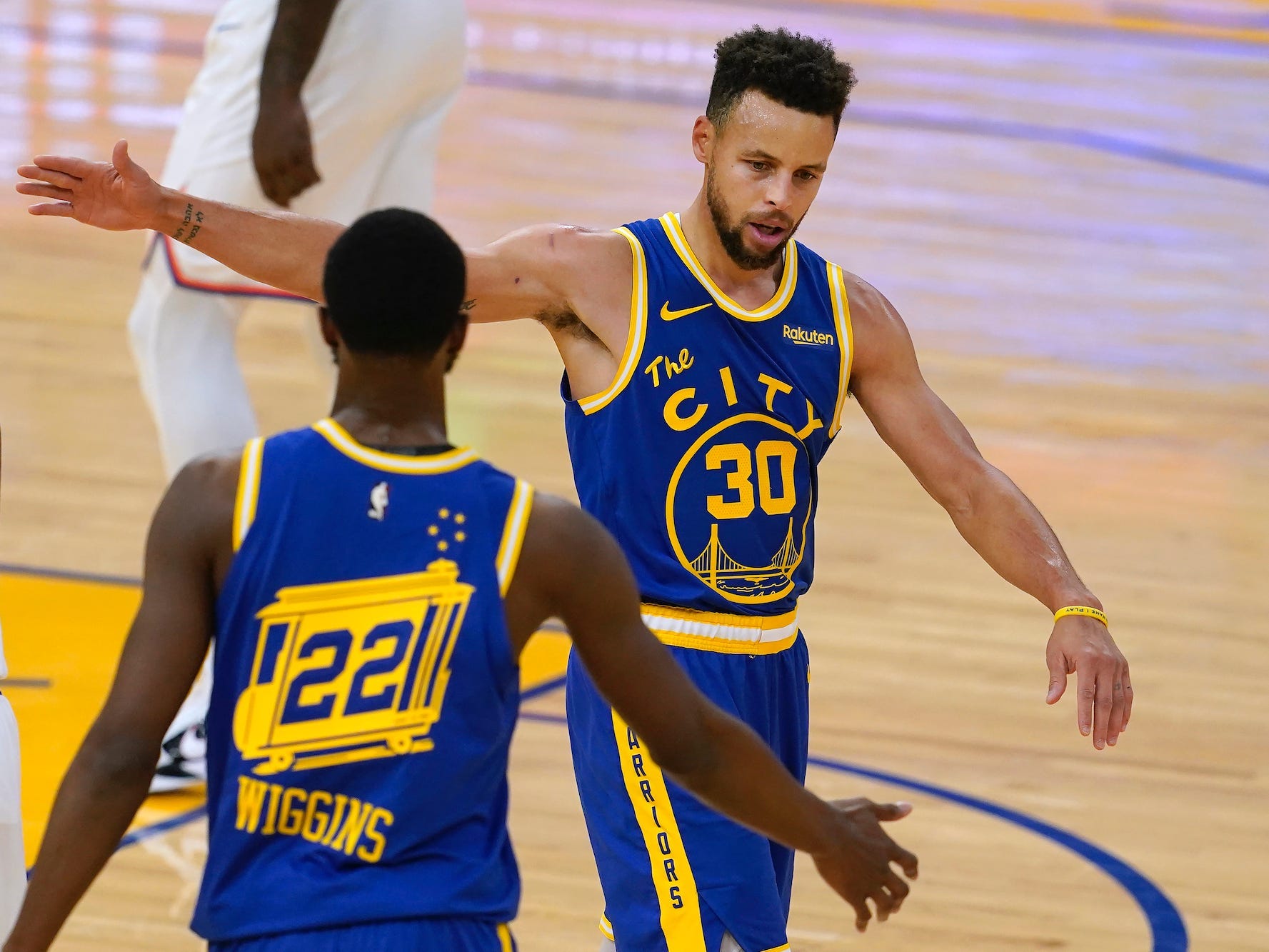 Meanwhile, the Warriors are +66 with Curry on the floor this year. When Curry sits, the Warriors have been outscored by 33 points. For a team that is +33 on the season, Curry (and Green, who is a +90) is largely the difference-maker.

There is another illustrating on/off split: the Warriors have an offensive rating (points scored per 100 possessions) of 112.5 with Curry on the floor, a figure that would rank ninth in the league if it were sustained. With Curry off the floor, the Warriors have an offensive rating of 99.7 â€” a figure that is five points lower than the Cleveland Cavaliers’ league-worst offence.

This year, opponents should theoretically have an easier time stopping and game-planning for Curry. He is by far the Warriors’ biggest threat on offence, and the league has changed significantly since Curry lit it on fire in 2015-16. Defences have a greater understanding of how to stop this game-bending force.

Instead, Curry wreaks havoc on defences, still. Unlike most other superstars, Curry rarely gets his buckets in isolation situations. His movement off the ball is an art form:

And he creates points that he doesn’t get credit for.

Two Mavericks players flocked to Curry to try and stop him, leaving Mychal Mulder (yes, this is one of Curry’s Warriors teammates this year) wide open for a cutting dunk. 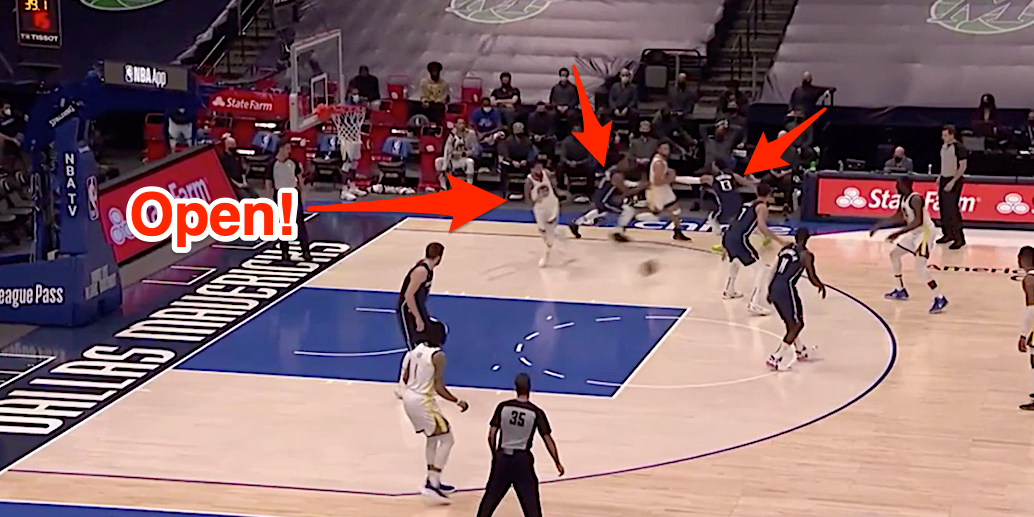 Simply put: the Warriors would be lost without Curry.

This is where Curry is going to warp this year’s MVP conversation. How much do we value a single superstar propping up his team? The Warriors sans Curry would be a lottery team and likely one of the three worst offensive teams in the NBA.

With Curry, they’re currently the eighth seed in the West. They figure to make the postseason, though it may have to be through the 7-10 seeds play-in tournament.

Arguably no single player is carrying his team to a greater degree. The usual MVP candidates â€” that is, the best players on the best teams â€” play on deep, loaded rosters. Damian Lillard is carrying an injury-riddled Blazers team that is in the playoff mix. However, their depleted roster is arguably as good if not better than the Warriors’, and Curry’s stats are still better.

Curry is having one of the best seasons in the entire NBA, and his team is good as a result, but not great. How much will voters value an all-time great talent keeping his team in the mix? In terms of who means the most to their team, there may not be a better answer than Curry.