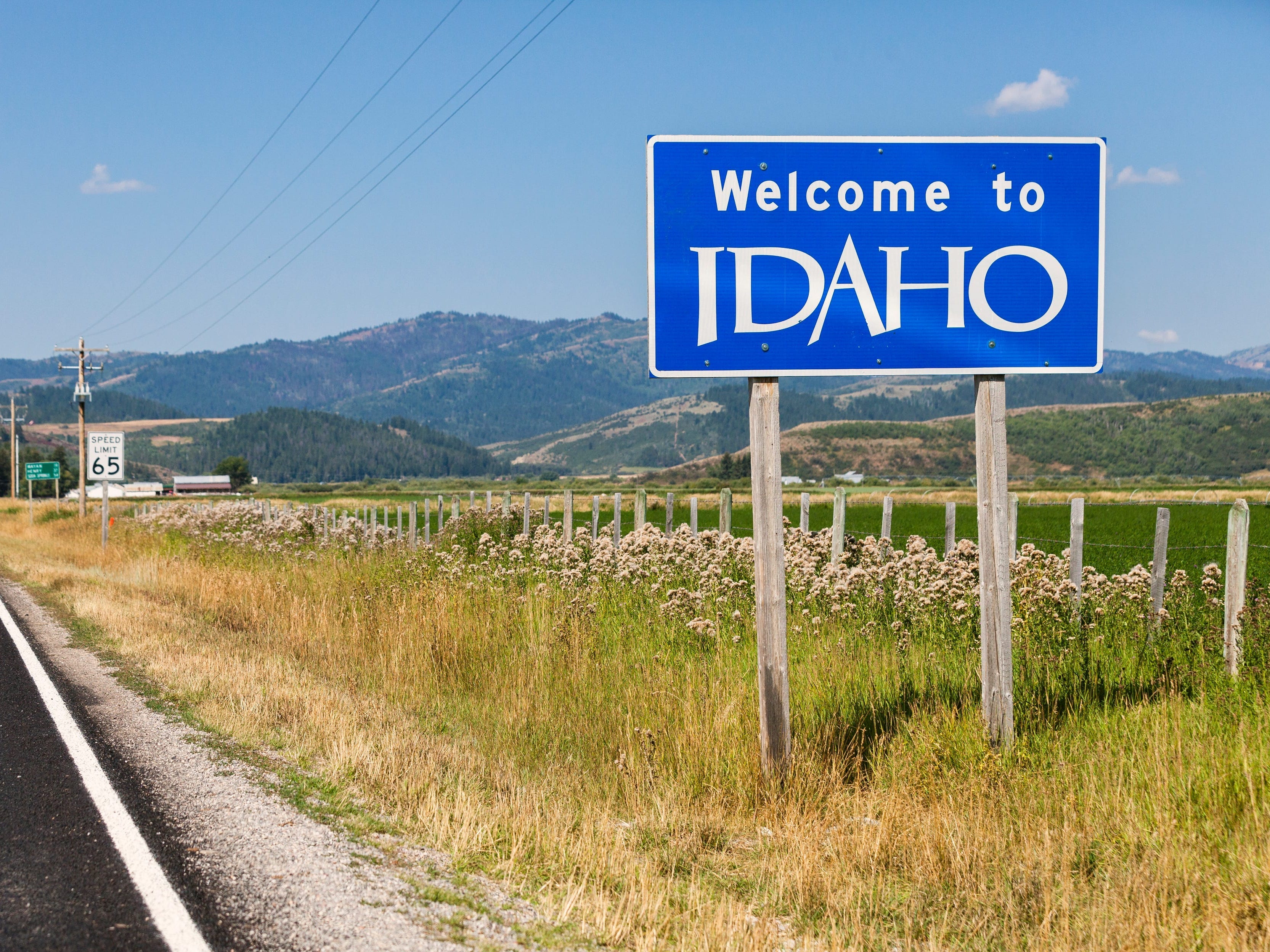 Gypsy Picture Show/Getty ImagesIdaho’s population increased by 2.1% over the past year — the highest increase in the country.

But a swath of western and southern states have beaten the odds by luring new residents, while coastal heavyweights like New York and California lost the most people during that time.

According to new data released this week by the US Census Bureau, the country’s population grew by only 0.35% from July 2019 to July 2020, by just 1.1 million people.

It marked the “lowest annual growth rate since at least 1900,” demographer William Frey, a fellow at the Brookings Institution’s Metropolitan Policy Program, said in an analysis for the Washington, DC-based think tank.

The increases, though, are significant because they reveal where Americans moved during the coronavirus pandemic â€” and they overwhelmingly flocked to less dense swaths in the middle of the country.

Idaho had the largest year-over-year increase. The state grew by 2.1% to a total of 1.8 million residents. Californians, in particular, have flocked to Idaho amid the COVID-19 crisis.

In search of more idyllic work-from-home locales, people have also been fleeing to Arizona, Nevada, Utah, and Texas, which followed Idaho in the list of states with the biggest population increases.

New York, on the other hand, saw the largest population decrease. Its population dipped 0.65%, or by about 126,000 residents. The state has notched population declines in several recent years, but 2020’s drop was notably larger than before â€” most likely attributable to New York City being the epicentre of the coronavirus pandemic at its outset in March. The New Yorkers who fled likely left for neighbouring states like New Jersey and Connecticut or for sunnier skies in Florida or California.

These shifts in population may have political implications.

The forthcoming official census data determines how many congressional seats each state gets based on population, according to Frey, so New York’s dip, however slight, signals that it could lose a congressional seat.

Frey’s analysis also found that California stands to lose a House seat for the first time in the state’s history. Other states that could lose one seat include Alabama, Illinois, Michigan, Minnesota, Ohio, Pennsylvania, Rhode Island, and West Virginia.

Meanwhile, two states welcoming new residents in droves amid the coronavirus pandemic could gain seats. Texas, where everyone seems to be moving â€” even Elon Musk â€” could gain three seats. Florida, which is emerging as a growing financial hub and even a “new Wall Street,” could gain two. Arizona, Colorado, Montana, North Carolina, and Oregon may also gain a seat each, according to Frey.

The data released by the US Census Bureau and analysed by Frey represents population estimates made independently of the 2020 census. While it’s not a final head count, it does provide a sneak preview at what census numbers could look like.

Frey also noted that national population growth has been dipping for years â€” mostly due to economic crises following the 2008 financial crisis and recession coupled with immigration restrictions. This year, he wrote, the decline was compounded by the coronavirus pandemic.

“I think it’s a first glimpse of where we may be heading as far as low population growth,” Frey told the Associated Press of the data.