13 celebrities who say they believe in aliens or UFOs

Some celebrities stand by the belief that other forms of life exist somewhere in the universe and some have even said they had encounters with UFOs.

And they’re not the first ones to believe something’s out there â€” according to Science News, curiosity about other possible life forms has existed since medieval times.

Read on for a list of celebrities who have publicly stated their belief in aliens or the existence of other life forms.

Nicole “Snooki” Polizzi has talked and tweeted about her beliefs. 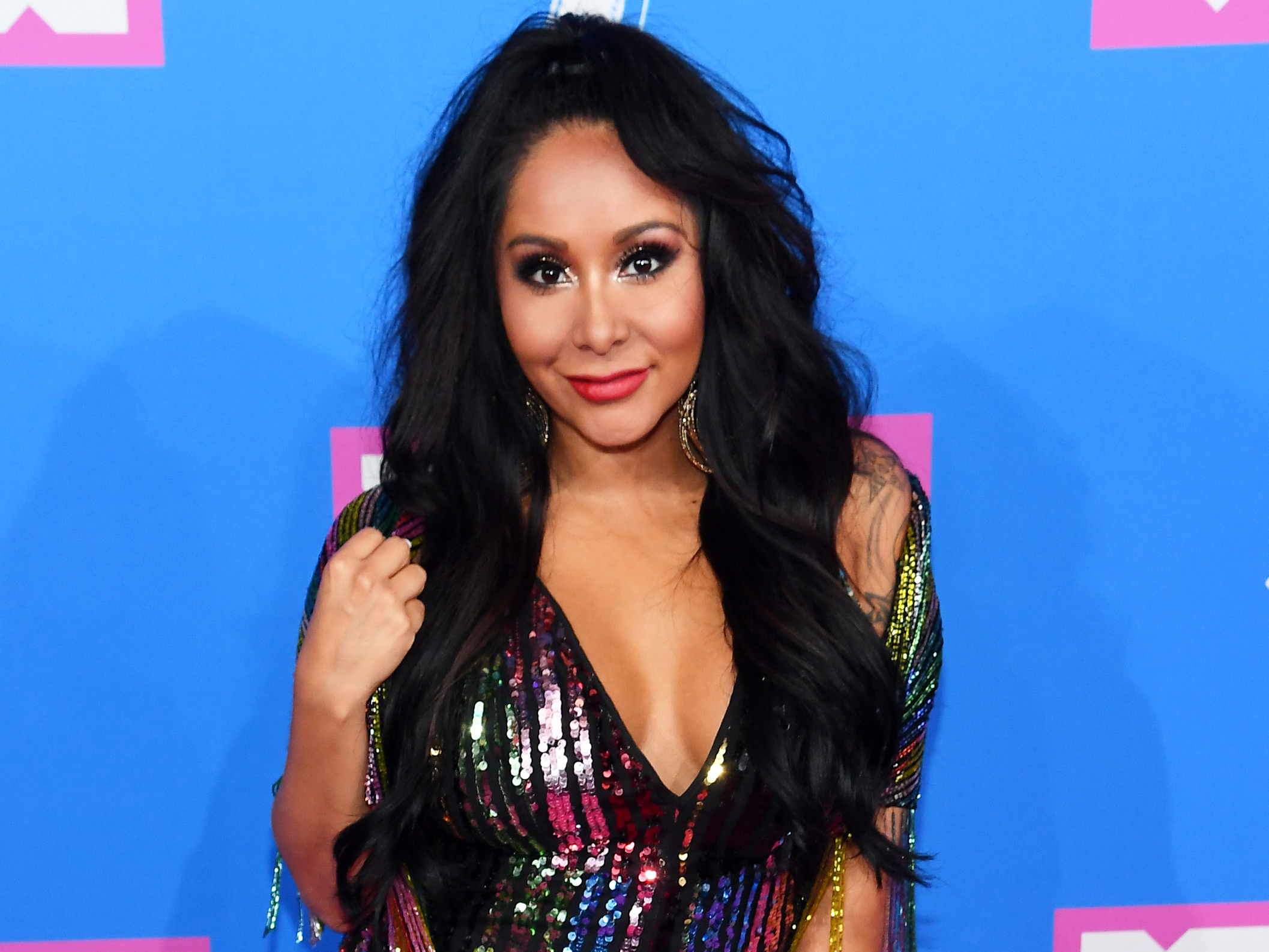 In 2013, the “Jersey Shore” star confirmed her beliefs in an interview with Celebuzz.

“They’re real. We’re not the only planet with civilisation,” she said.

That same year she also tweeted, “Aliens are real.” 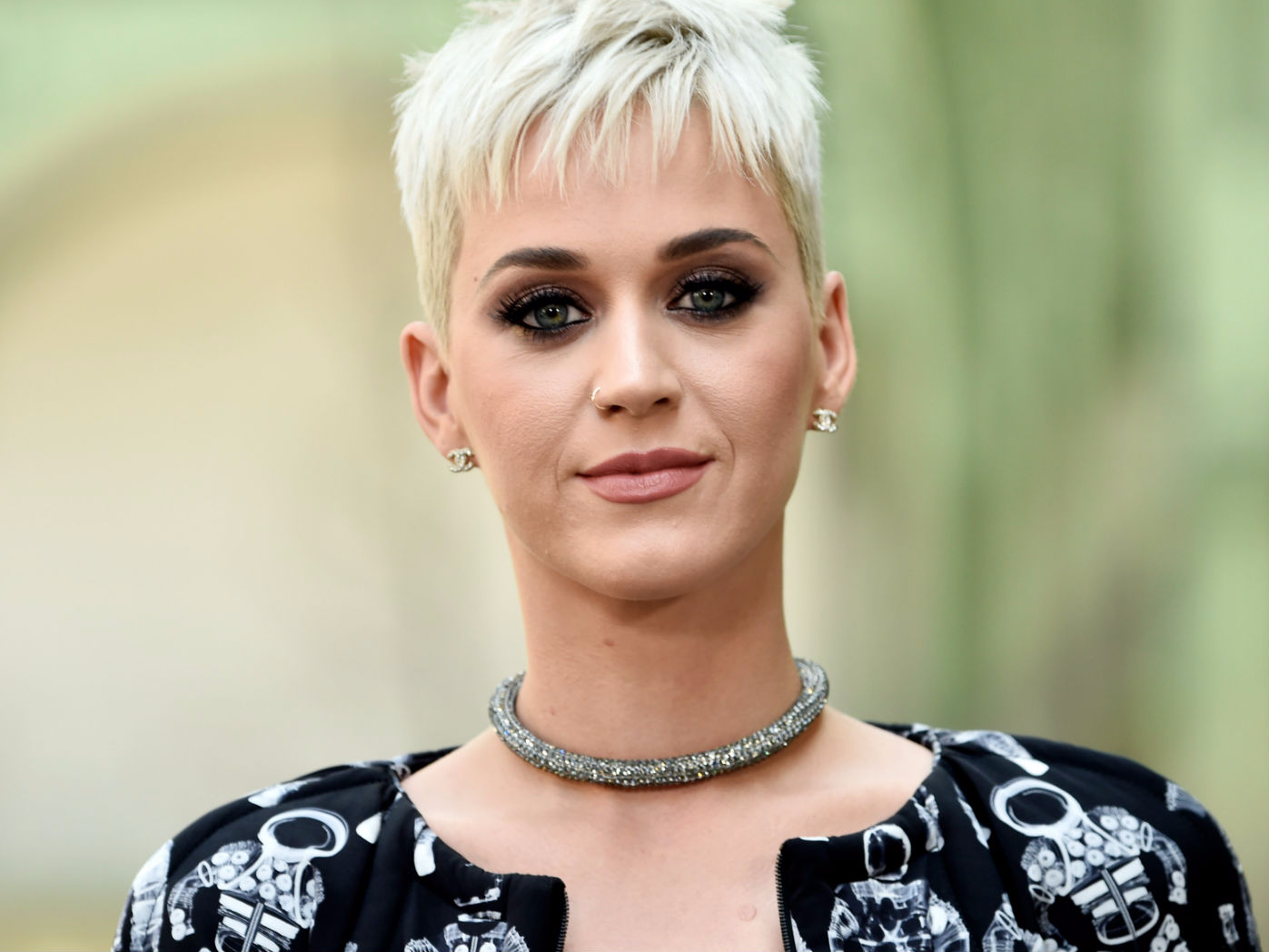 Katy Perry’s song “E.T.” is all about extraterrestrials and it’s not the first time she’s spoken about other life forms.

Miley Cyrus said she once “made eye contact” with an alien. 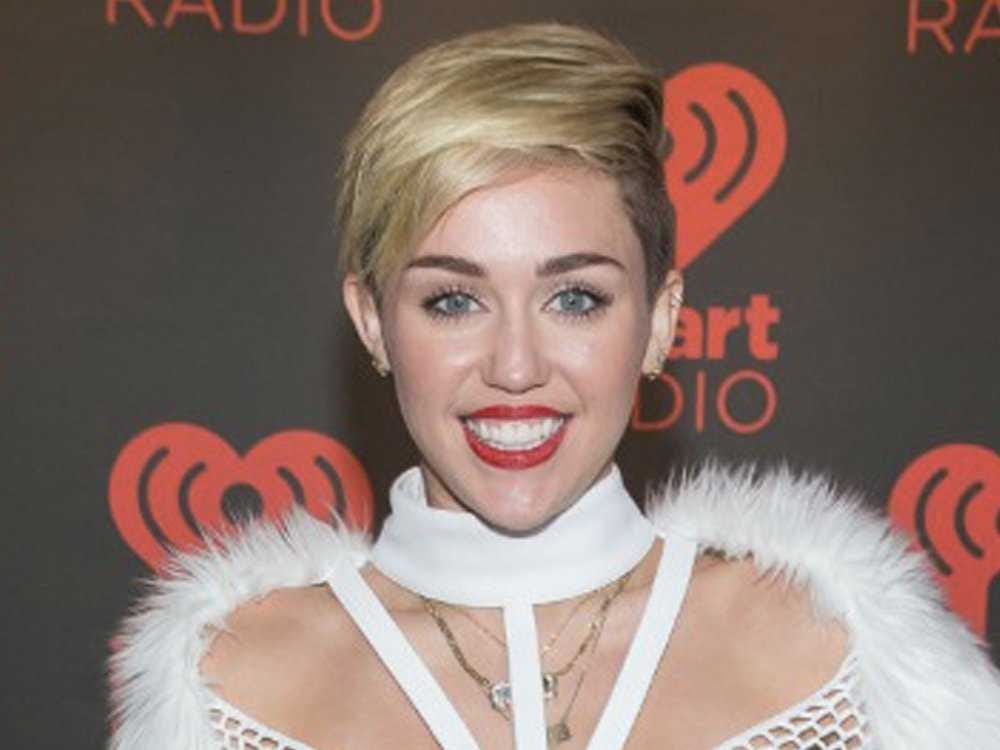 CelebitizerMiley Cyrus said she was chased by a UFO.

In a 2020 interview with Interview magazine, Miley Cyrus confirmed that she believes in aliens and shared her experience being “chased down by some sort of UFO” in San Bernardino, California.

The singer said it also “could have been the weed wax” she’d just purchased, but she’s pretty sure about what she saw.

” … The best way to describe it is a flying snowplow. It had this big plow in the front of it and was glowing yellow,” she added. “I did see it flying, and my friend saw it, too. There were a couple of other cars on the road and they also stopped to look, so I think what I saw was real.”

She said she didn’t feel threatened, but she “couldn’t really look at the sky the same after.”

” … I did see a being sitting in the front of the flying object,” she added. “It looked at me and we made eye contact, and I think that’s what really shook me, looking into the eyes of something that I couldn’t quite wrap my head around.”

Tom Cruise has been open about his beliefs. 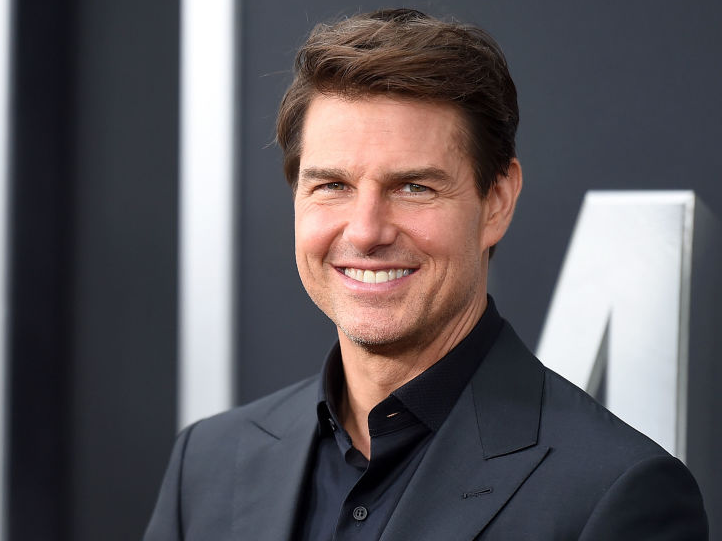 Jamie McCarthy/Getty ImagesTom Cruise said he believes there are other creatures out there.

According to a CNN report from 2005, the actor once firmly stated that he believed aliens to be real.

“Millions of stars, and we’re supposed to be the only living creatures? No, there are many things out there, we just don’t know,” he said.

Alicia Keys once said she believes that there are aliens among us. Jamie McCarthy/Getty ImagesAlicia Keys has said she believes that they are already on earth.

In a 2013 interview with BuzzFeed, Alicia Keys said she believes aliens exist and she thinks that there are already some on earth.

“I’m sure you’ve seen a UFO,” she added. “Haven’t all of us seen something flying in the sky, and it’s at some random time of night that doesn’t make sense and it’s not the shape of a plane?” Theo Wargo/Getty Images for Roc NationJaden Smith said he spoke to the former president about them.

Jaden Smith was able to sit down with the then-president to talk about the existence of aliens – and Smith left the meeting a full-on believer.

“I talked to President Obama about extraterrestrials. He said he could neither confirm nor deny the existence of aliens, which means they’re real,” Smith told Wonderland magazine in 2013. “If people think we’re the only people that live in this universe, then something is wrong with them.”

Keanu Reeves has played an alien and he thinks there’s a good chance they exist. Jason Merritt/Getty ImagesKeanu Reeves has previously portrayed an alien in a movie.

The actor, who portrayed an alien visiting earth in “The Day the Earth Stood Still,” told Boston.com in 2008 that he thinks we’re definitely not alone.

“I think it more likely than not [that aliens exist],” he said. “The cosmos is a pretty big place.”

Dwayne “The Rock” Johnson has said he “of course” believes in aliens. Getty ImagesDwayne ‘The Rock’ Johnson shared his beliefs in an interview with Vice.

The actor said he believes in aliens in a 2016 interview with Vice, adding, “I believe that we’re not the only ones; it’d be arrogant to think that.”

Gigi Hadid said she and her partner, Zayn Malik, are believers. 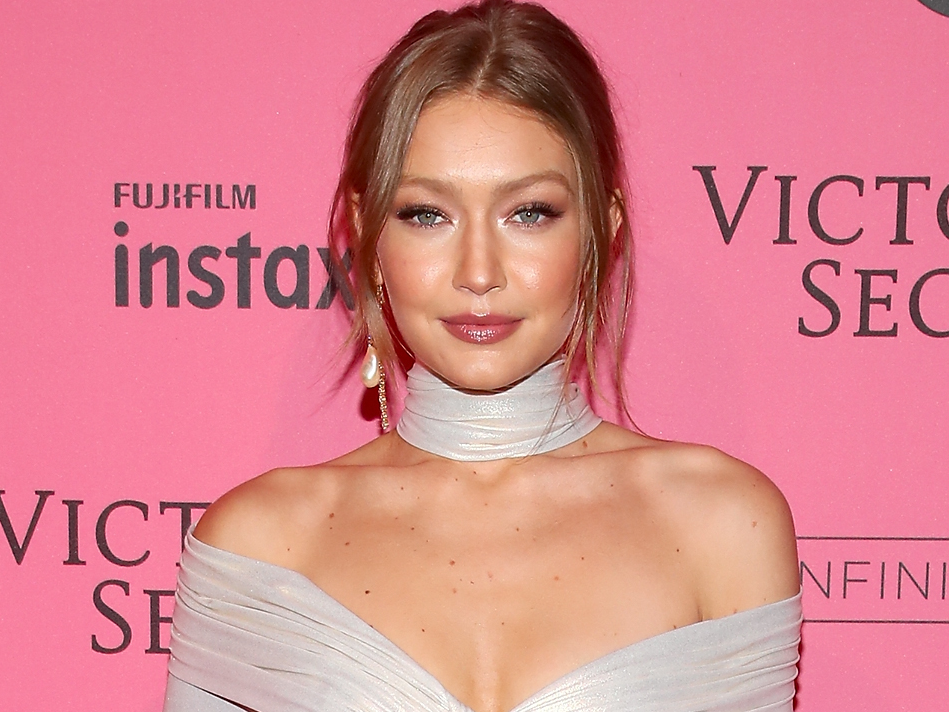 Astrid Stawiarz/Getty ImagesGigi Hadid has said Zayn Malik believes in them, too.

The model told Harper’s Bazaar in 2017 that both she and boyfriend Zayn Malik believe in the existence of aliens.

Halle Berry once said she thinks we’re going to meet other species soon. 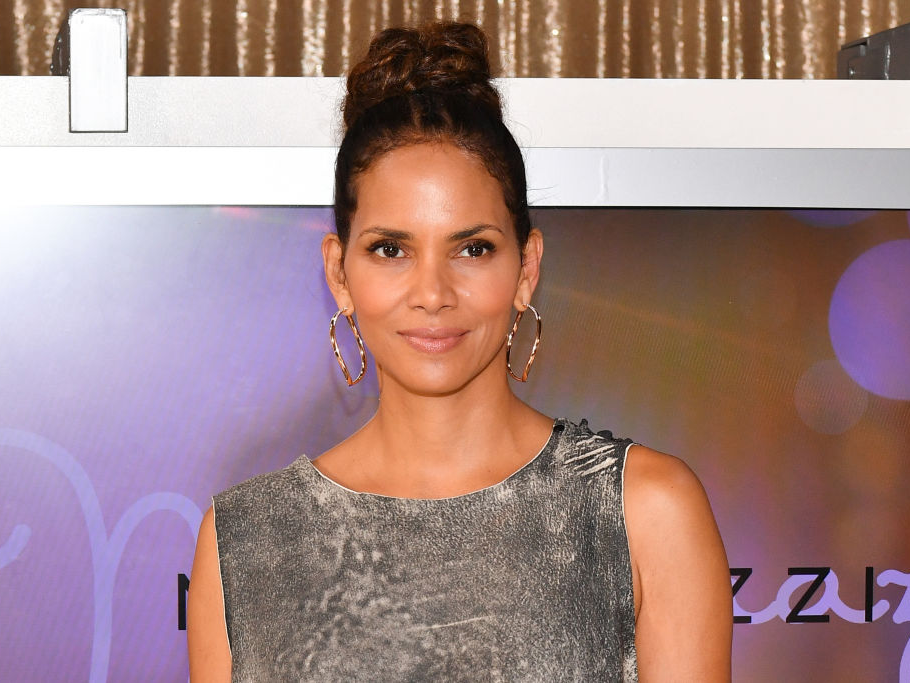 Dia Dipasupil/Getty ImagesHalle Berry said she believes there are other species in existence.

“I don’t believe we are the only species in existence,” Halle Berry told David Letterman in 2014, according to The Hollywood Reporter. “It might take us 20 years to get to those other life forms, but I think they are out there.”

While on “Late Night With Seth Meyers” in 2015, Nick Jonas shared his UFO encounter.

“When I was 14 maybe, I was in my backyard playing basketball with some friends and I looked up in the sky, and there was three flying saucers,” the singer told Meyers.

Jonas said he then looked it up online and encountered posts about similar sightings.

“So I’m a firm believer in aliens,” he added. Matt Winkelmeyer/Getty Images for dcpDemi Lovato believes in mermaids, too.

In 2014, Meyers asked Demi Lovato if she believes in aliens and she replied, “I know that they’re real.”

“How self-centered would we be, as humans, to believe we’re the only living things in the universe,” she added.

Lovato also shared that she loves conspiracy theories and that extraterrestrials aren’t the only things she thinks exist.

“I believe that there could possibly be mermaids, which is actually an alien species that lives in parts of the Indian Ocean which we have never explored before,” she told Meyers.

In October 2020, the singer posted on Instagram about making contact with extraterrestrial lifeforms and shared a series of photos and videos that she called “just some of the evidence from under the stars in the desert sky that can no longer be ignored and must be shared immediately.” 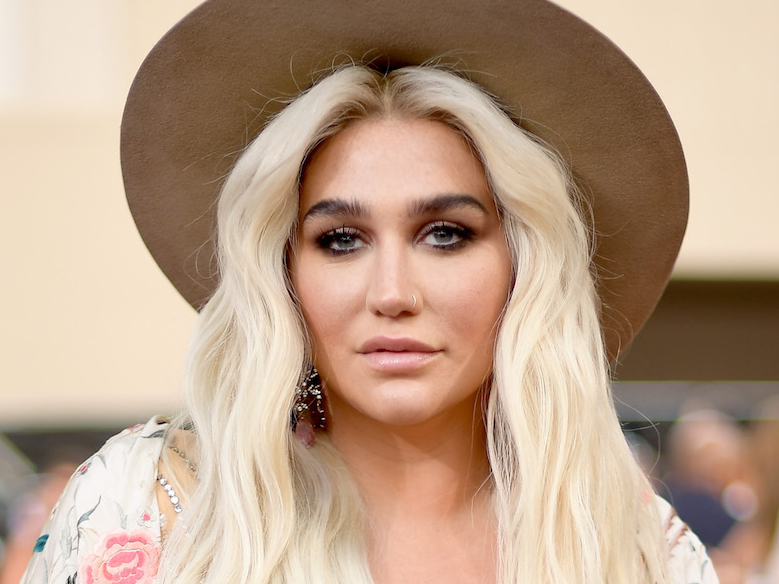 Matt Winkelmeyer/Getty ImagesKesha has also said she believes in UFOs.

According to Billboard, Kesha said in a 2017 interview with the “Zach Sang Show” that she had a UFO sighting while in the desert, which later inspired the space-themed album art for “Rainbow.”

“I was like, ‘Those are f—ing aliens.’ They were spaceships,'” she added.

In 2017, she posted on Instagram about her belief in UFOs.

What 13 celebrities look like with and without shaved heads

12 celebrities who have talked about smoking weed

20 alcohol brands you didn’t realise were owned by celebrities