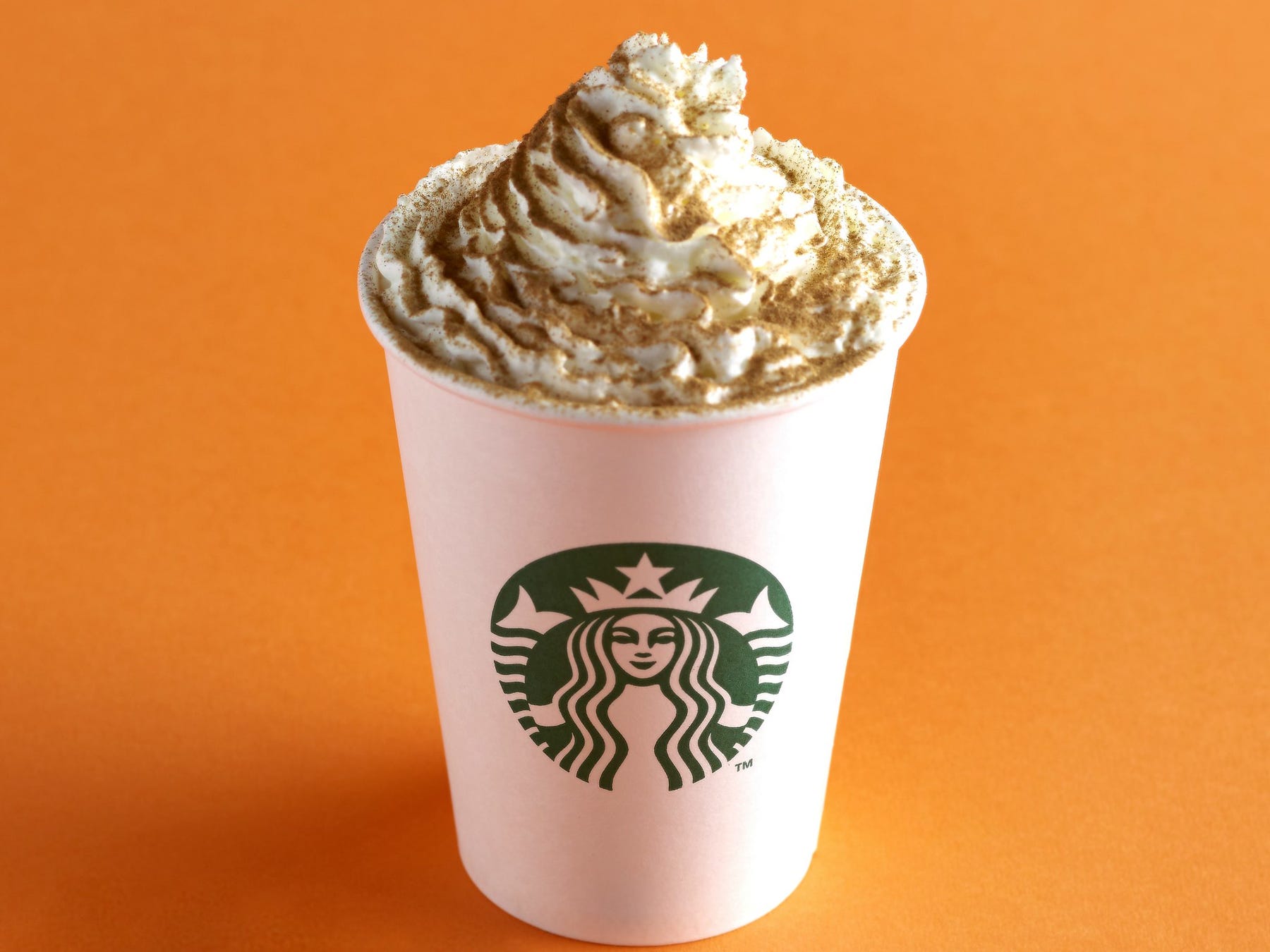 Starbucks now sells a fully vegan version of its iconic Pumpkin Spice Latte, complete with a dairy-free whipped cream topping, as well as a vegan Pumpkin Spice Cookie â€” but both are only available in the UK.

The coffee chain first introduced a vegan Pumpkin Spice Latte in Europe in 2018, but the product hasn’t been rolled out to the US yet.

The US version gets its famous flavour from a pumpkin syrup made with skim milk, but the syrup has been adapted in Europe to make it dairy-free. Vegans in the UK, France, the Netherlands, Switzerland, and Austria can enjoy a Pumpkin Spice Latte by swapping out the cows’ milk for a dairy-free alternative.

This year, Starbucks has gone a step further by adding a non-dairy whipped cream topping so that vegans can have the full Pumpkin Spice Latte experience. The topping is soy-based and made by dairy alternative company Alpro, and was rolled out in late September in the UK. 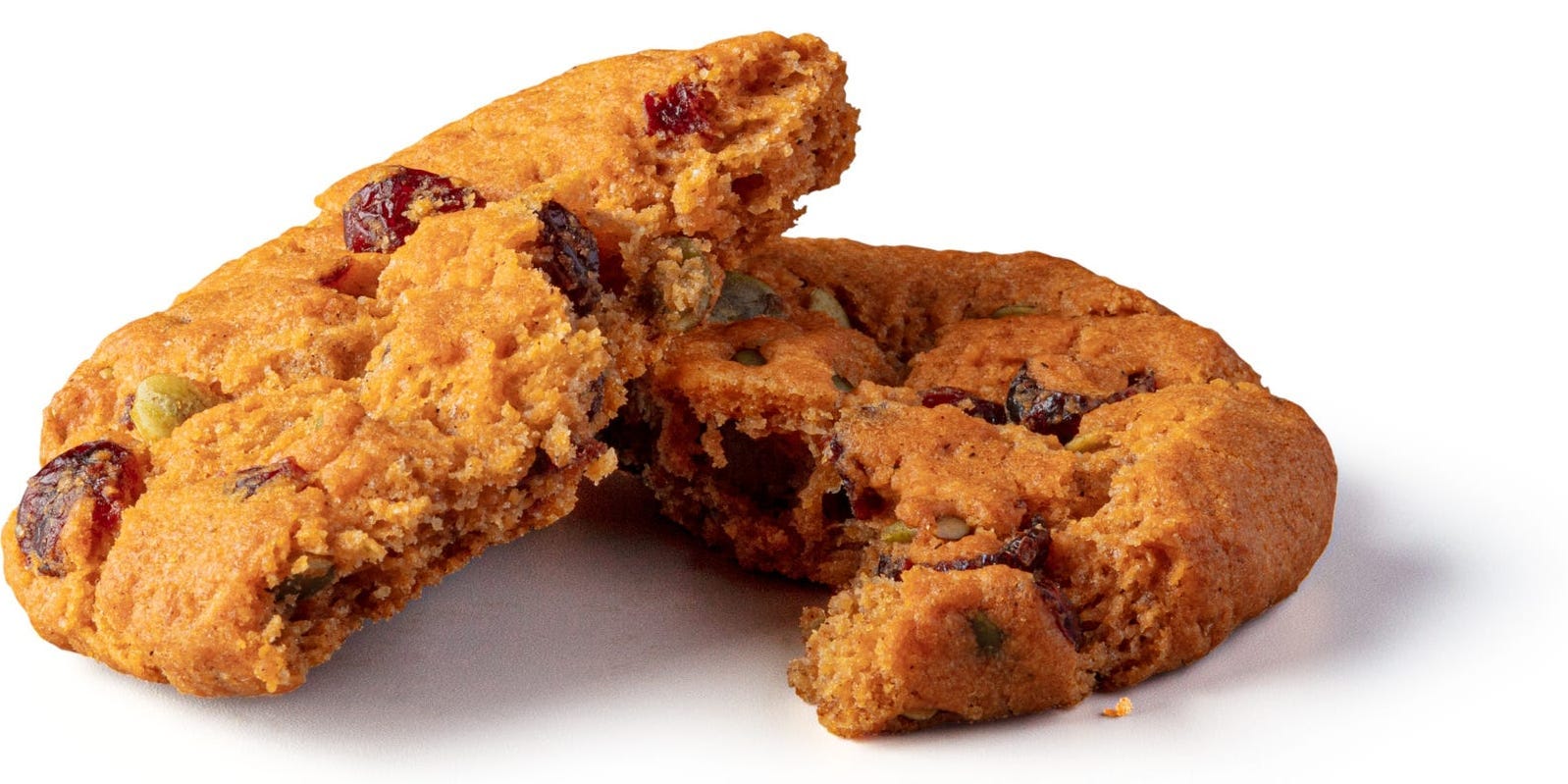 StarbucksStarbucks launched its vegan Pumpkin Spiced Cookie in all UK stores on October 1.

Starbucks also launched a vegan Pumpkin Spiced Cookie on Thursday in the UK. The cookie is topped with pumpkin seeds and cranberries and costs Â£2.10 ($US2.70).

When asked why Starbucks hasn’t rolled out the vegan Pumpkin Spiced Latte in the US, and whether it will in the future, a spokesperson told Business Insider: “We are proud to offer the latte as a vegan-friendly beverage exclusively to customers in the UK and other select European countries. As a global company, we have many products that are unique to our various markets in which we operate.”

There is a massive demand for vegan products in the UK. In 2018, the UK overtook Germany to become the world leader for vegan food launches according to market intelligence agency Mintel, debuting more new vegan products than any other country in the world.

Last month, Starbucks announced it isn’t selling its Pumpkin Spice Latte in the Middle East this year. Disappointed customers were instead told to order a Salted Caramel Latte.