Starbucks' CEO says employees are in good spirits, but some workers say the chain's benefits don't make up for understaffed stores and low pay 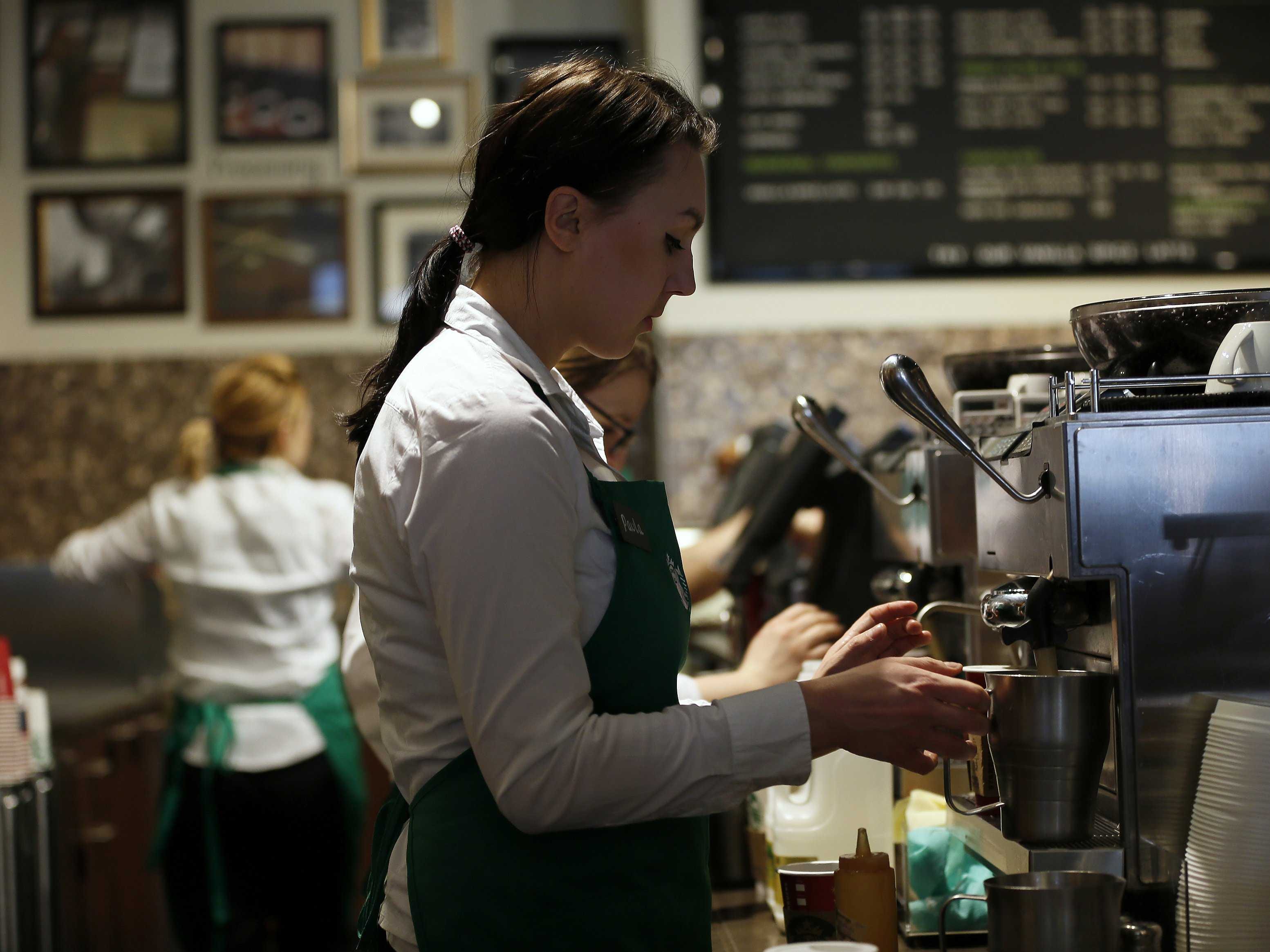 Starbucks executives say the company isn’t feeling the effects of a labor shortage that’s plaguing the rest of the industry, but workers across the United States told Insider that isn’t always the case.

11 employees in seven states, whose employment has been verified by Insider, said the extra perks do little to make up for understaffed stores and harassment from customers – even as company executives insist that morale is high.

“Our retention numbers are good. Our partners’ energy and spirit is high” CEO Kevin Johnson said on an earnings call on April 27. “We decided to give our partners economic certainty through that period. We did not do any involuntary layoffs or furloughs. We paid our partners whether they came to work or stayed home.”

His comments come as the service industry struggles with historic difficulty staffing stores. Nearly half of all US restaurants say they are “severely understaffed.” Starbucks executives told investors that the shortage isn’t a major issue for the company, citing its well-known list of benefits.

Daniel, whose last name has been withheld for fear of retaliation, works in a Wisconsin Starbucks and says Johnson’s statement is incredibly off-base. “At my store, we can’t go one afternoon without barking at each other because we are constantly understaffed,” he told Insider.

In response to this story, Starbucks declined to offer specific retention rates.

“Our partners are the best people in the business, and their experiences are key to helping us make Starbucks a meaningful and inspiring place to work,” a spokesperson told Insider. “We offer a world-class benefits program for all part- and full-time partners and continued support for partners during COVID-19 to care for themselves and their families, and we continue to have industry leading retention rates.”

“I’m looking for [other] work right now and so are multiple others at my store,” a Louisiana barista told Insider.

Erika, a shift supervisor in Ohio, told Insider: “We cannot keep employees or hire enough workers to continue under the strains of working in these conditions.” The benefits touted by Starbucks corporate are not enough to attract sufficient workers, she says.

“I love being a barista and I adore Starbucks,” she told Insider. However, she has to work a second job to make ends meet. “We are tired, we are worn out, and people are not nice to us.”

Of the high energy and spirits referred to by Johnson: “we fake it because we have to,” Erika said.

An employee in the Midwest told Insider her store is so understaffed that most employees are working 50 or more hours per week. “Employees have been fired or people are quitting because we’re so overworked and stressed and abused,” she said. “My store is down one-third of our staff and for the past month or so we have been losing a person a week, sometimes more.”

“I don’t know anyone who says we’re supported and well-staffed, so I don’t know where Kevin Johnson is getting this information that we’re happy because I would like to see that data,” the Midwest employee told Insider.

The Louisiana barista said the mental health benefits are too little, too late: The “handful [of customers] that you get each day who will berate or abuse you can take a drastic toll on your mental well being,” he told Insider. He acknowledged that Starbucks offers mental health benefits, but says they aren’t sufficient for the job.

Pay is also an area of contention for the Starbucks workers who spoke to Insider. Daniel says he makes up to $11 per hour with tips, while Erika makes $12.70. Both say the pay is too low for the work.

Even employees who think the benefits are good aren’t pleased. “Our benefits are amazing, however in lieu of some of the frivolous ones such as Headspace, a meditation app, we would prefer higher wages and better staffing,” Erika said.

Do you work at Starbucks? Email this reporter at [email protected].