“Those bathrooms are really clean,” Schultz said jokingly of In-N-Out in an interview with actor Alec Baldwin. “They have maintained the quality, they take care of the people.”

However, Schultz says he finds most of his inspiration outside of the food industry.

“Not a lot of food companies have scaled very well,” he says. “Ubiquity is a challenge. It’s hard to get big and stay small.”

Instead, Schultz says he looks to brands such as Nike, Apple, and Disney to learn how to maintain integrity while becoming global phenomenons.

The idea of getting big and staying small is a major one at Starbucks right now.

As the chain becomes ubiquitous, it is trying hard to maintain its upscale reputation — and avoid being seen as a “basic,” over-hyped brand. To maintain this reputation, Starbucks is investing millions of dollars into building Roasteries, introducing new menu items, and even creating original content.

These are investment that neither Shake Shack nor In-N-Out have made. Then again, neither chains have yet been able to become as omnipresent as the coffee giant.

In-N-Out is still a West Coast chain, while Shake Shack only has about 100 locations. Meanwhile, Starbucks has more than 24,000 stores. No wonder the coffee chain is looking elsewhere for inspiration on how to go global.

South Africa says it has been ‘punished’ rather than ‘applauded’ for...

I compared McDonald’s McPlant with Burger King’s plant-based Whopper. They were... 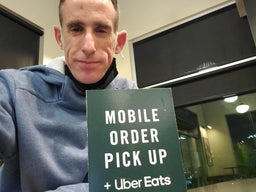 I’m a former restaurant manager who quit the industry to become...