Republicans want to pass a series of standalone stimulus bills. Here's what that means, and why it's unlikely to happen. 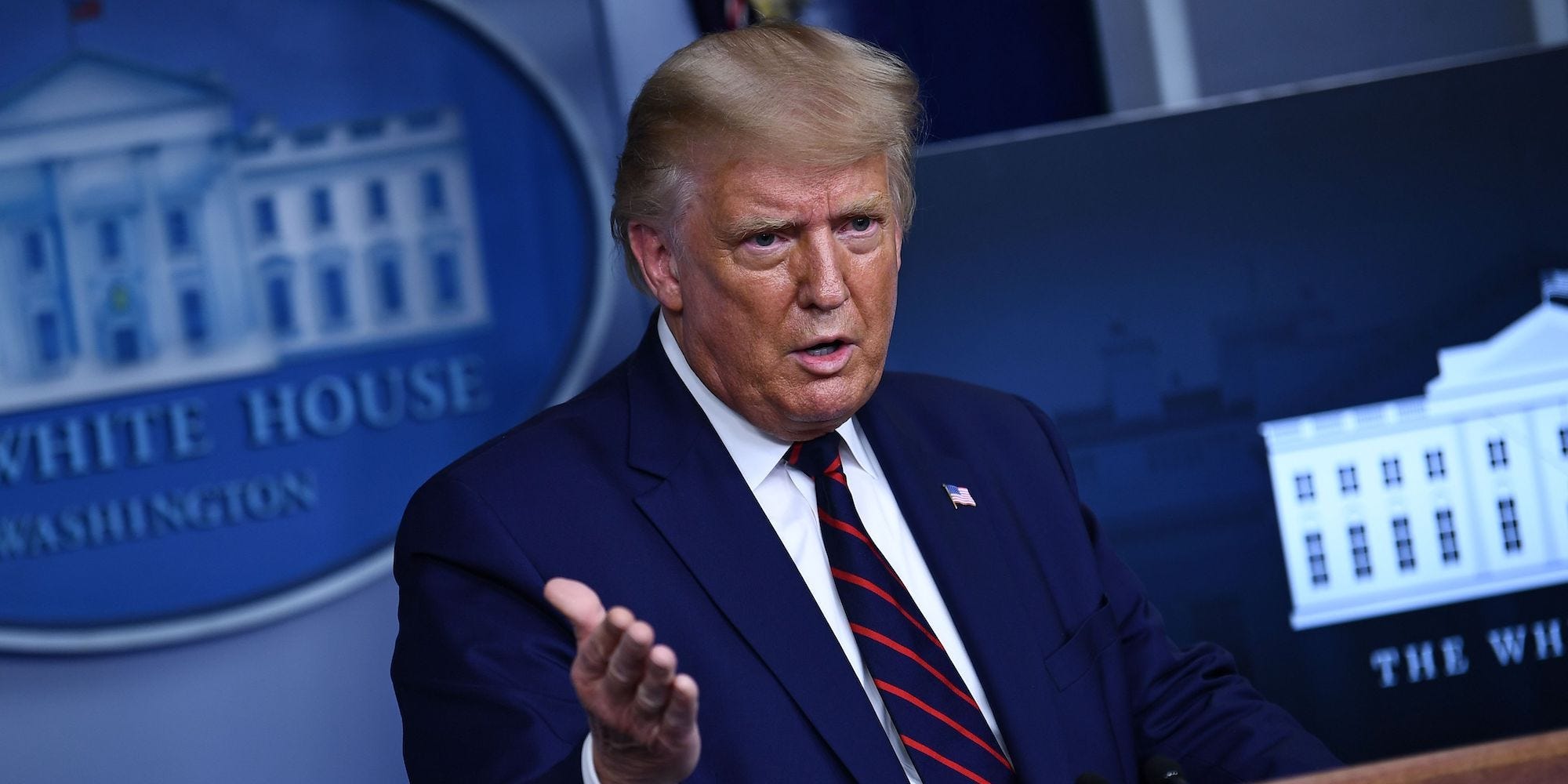 The president shocked economists, investors, and policymakers on Tuesday afternoon when he tweeted that he told representatives to stop stimulus negotiations until after the November election. Trump lambasted House Speaker Nancy Pelosi for “not negotiating in good faith,” and called on Senate Majority Leader Mitch McConnell to “focus full time” on confirming Amy Coney Barrett to the Supreme Court.

It took just seven hours for the president to reverse course. Trump began pushing a piecemeal legislative strategy in another tweet on Tuesday night, saying Congress should pass $US25 billion in emergency relief for airlines and replenish the Paycheck Protection Program with $US135 billion in new funding. Minutes later, Trump said he is “ready to sign right now” on another round of $US1,200 stimulus checks.

White House chief of staff Mark Meadows advocated a step-by-step strategy on Monday, telling Fox that “even if a large comprehensive bill is not possible” the administration can still “go ahead and pass a number of things that we can agree on.”

By focusing on individual aid measures instead of a larger package, Republicans believe they can garner bipartisan support. Precedent, however, suggests such a strategy will be an uphill battle.

The GOP mulled smaller relief bills in July, when Senate Republicans aimed to pass a short-term extension to bolstered unemployment benefits. The CARES Act boosted weekly benefits by $US600 but expired that month. The plan inevitably fell through as Republicans disagreed on the duration and size of renewed benefits.

Trump implemented a $US300 per week expansion with an early-August executive order, but that extension has since dried up.


Read more:
‘Absolutely incomprehensible’: A $US2 billion hedge fund chief explains why investors may soon have to grapple with an across-the-board wipeout â€” and says a Great Depression-like meltdown isn’t out of the question

To be sure, House Democrats passed a $US2.2 trillion stimulus package on Thursday that included the stimulus checks, airline aid, and PPP funds Trump called for. Yet Senate Republicans balked at the measure, with McConnell deeming its price tag “too high.”

“President Trump showed his true colours: putting himself first at the expense of the country, with the full complicity of the GOP members of Congress,” she said.

After the two parties failed to reach a compromise on a larger bill, it’s unlikely Democrats will entertain the Trump’s backing of smaller measures.

When Mnuchin spoke with Pelosi Wednesday morning about passing standalone airline aid, Pelosi reminded the Treasury Secretary the measure was blocked by Republicans on Friday, Drew Hammill, the speaker’s deputy chief of staff, said in a tweet. Pelosi added that Mnuchin should review the bill “so that they could have an informed conversation.”

As past deliberations have shown, a piecemeal approach faces opposition from interparty differences and partisan resistance. Separately, Trump’s recent decline in the polls suggests the president has little political capital with which to muster a compromise.


Read more:
‘We are going to see some big shifts in the coming 3 to 6 months’: Investing pioneer Rob Arnott sounds the alarm on ‘quite a few bubbles’ in the market, including the tech boom â€” and tells us where he is finding bargains now