Lawyers at the firms helping Trump challenge the election results fear they're undermining the law and US elections, report says 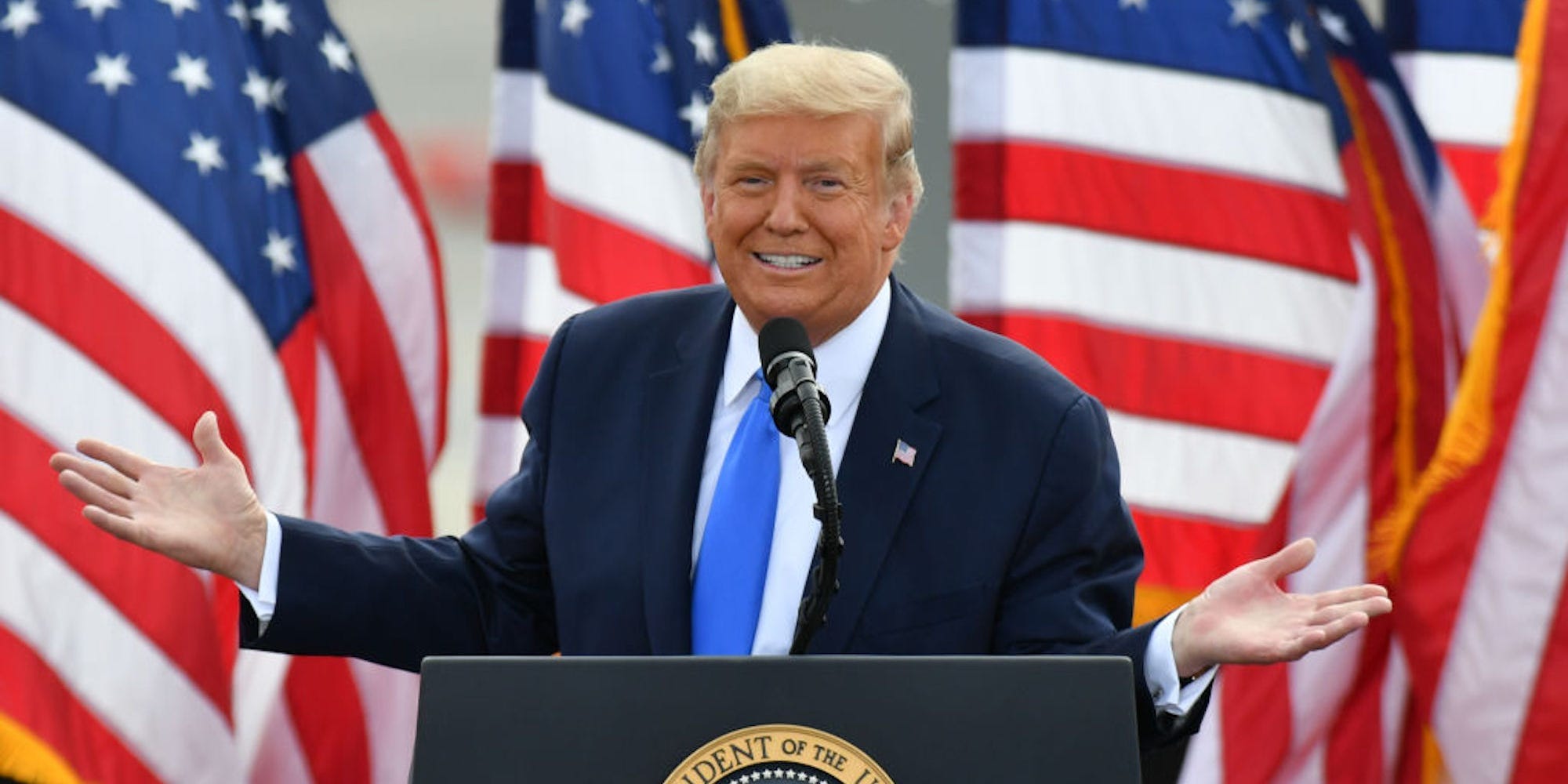 Lawyers at the firms representing President Donald Trump as he challenges the US presidential election results are worried that their work is undermining democracy, according to The New York Times.

Unnamed staffers told the newspaper that they consider the cases not to be based on evidence, and worry about their implications for the nation.

The times spoke to sources at two firms â€” Jones Day, and Porter Wright Morris & Arthur â€” which are engaged in some of the numerous challenges to the election results.

Trump has declined to concede to President-elect Joe Biden, claiming without evidence that many of the votes for his opponent were fraudulent, and that he is the true victor.

The Times spoke to nine partners and associates at Jones Day, and reported that some senior lawyers are worried their firm’s work on the elections isn’t based on evidence and could undermine trust in US elections.

Six lawyers told the Times that its litigation in Pennsylvania, for example, was intended to reduce public confidence in the results there.

Jones Day and Porter Wright Morris & Arthur have filed at least four lawsuits that challenging aspects of the state’s election, the Times reported.

Biden’s performance in the state was the crucial victory that gave him the final electoral college votes needed to be declared the winner â€” though Biden still has enough votes to win the presidency without Pennsylvania. 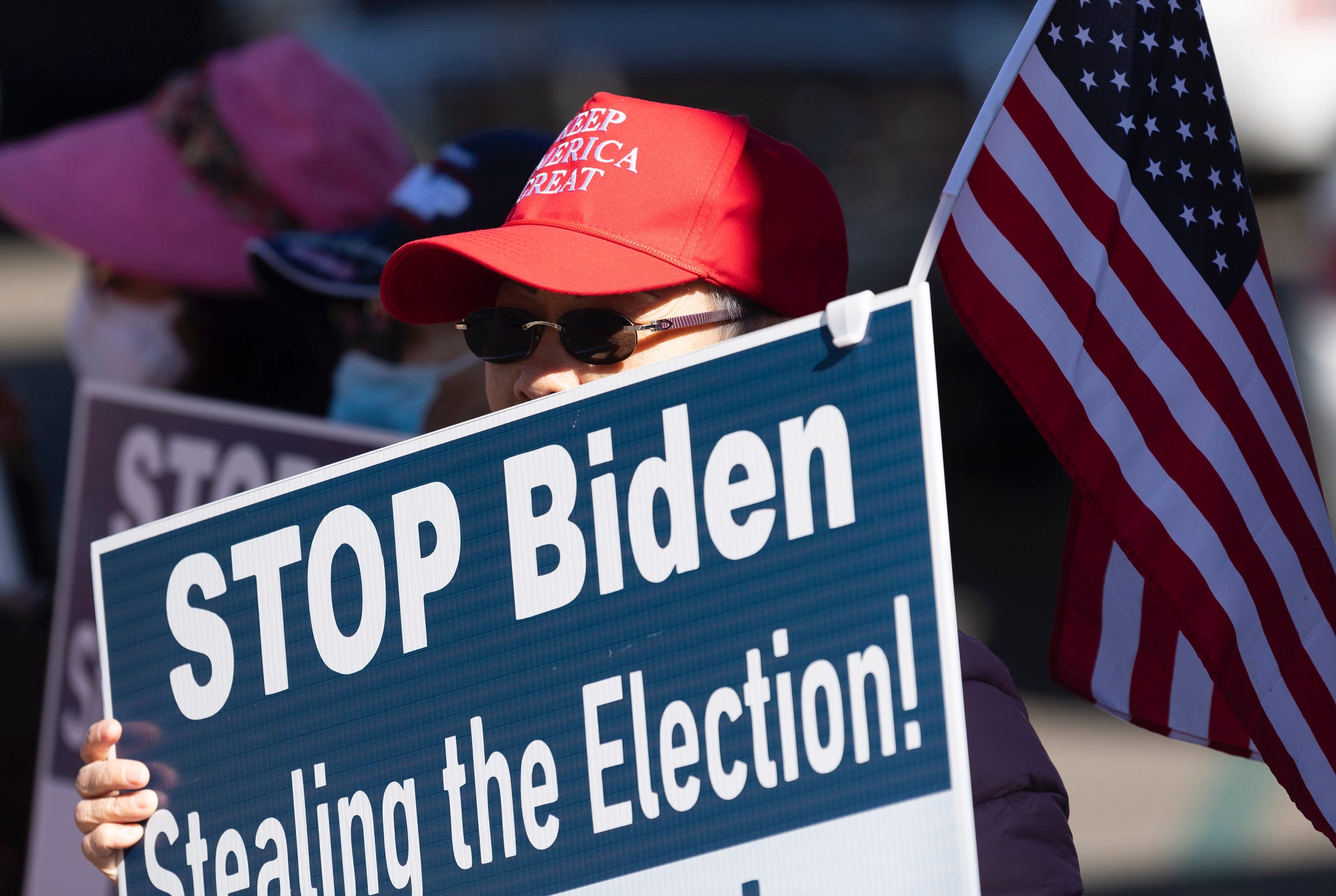 One lawsuit, lodged by Porter Wright Morris & Arthur, claimed “irregularities” with voting in the state.

Two lawyers at Jones Day told the Times that they were experiencing backlash on social media, including from friends, for working at the firm while it worked on Trump’s battles.

Jones Day did not respond to a request for comment from the Times.

Three current and former lawyers for Porter Wright Morris & Arthur told the Times they were concerned about working with a client who they feel has repeatedly flouted the law.

They said that in two separate meetings associates told the firm’s partners that they were unhappy the firm was working with the Trump campaign. At least one quit in protest, the Times reported.

Robert J. Tannous, the managing partner at Porter Wright Morris & Arthur, would not comment on the firm’s work with Trump to the Times. 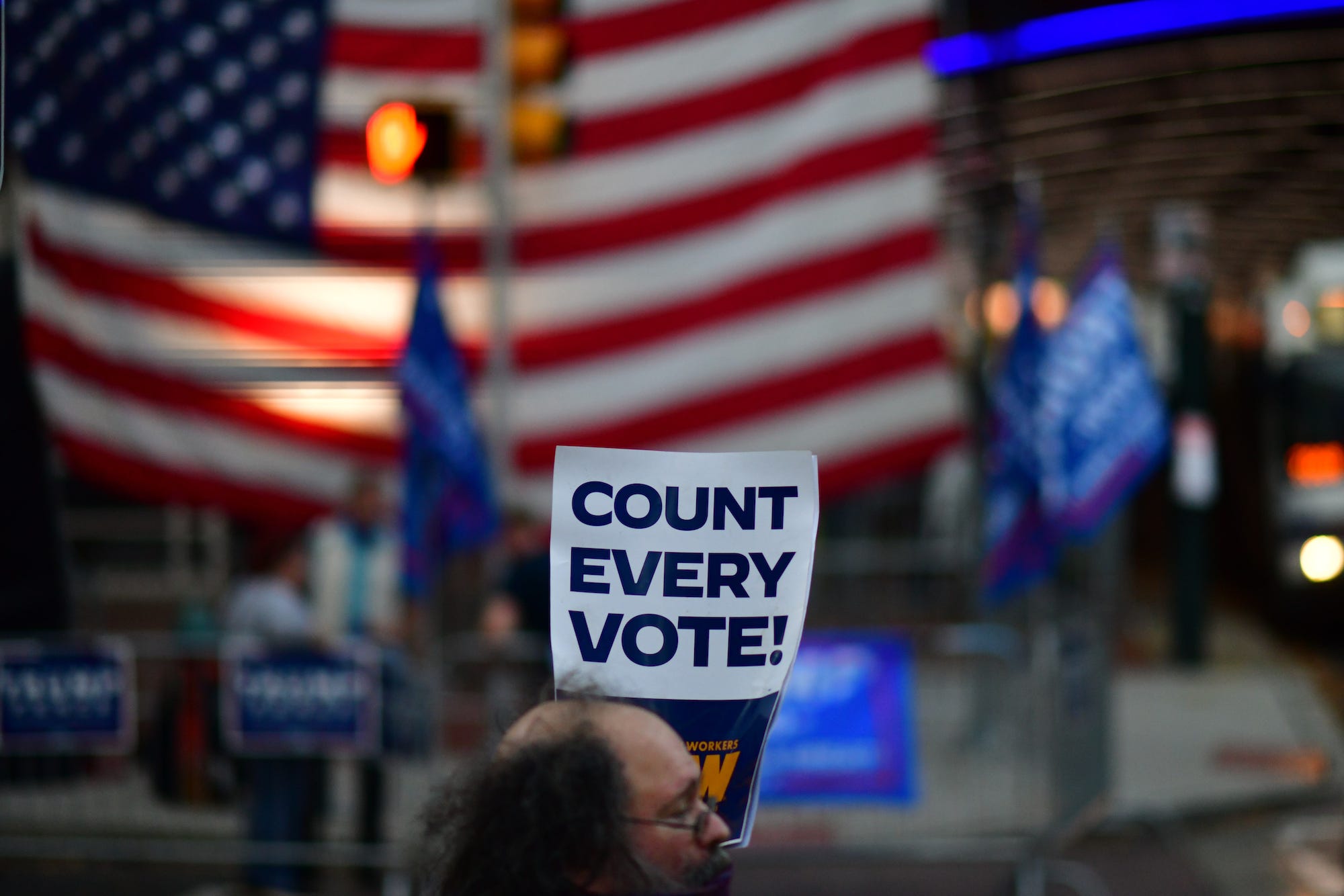 Mark Makela/Getty ImagesA man holds a placard that reads ‘Count Every Vote’ while demonstrating across the street from supporters of President Donald Trump outside of where votes are still being counted on November 9, 2020.

But he said: “Porter Wright has a long history of representing candidates, political parties, interest groups and individuals at the local, state and federal levels on both sides of the aisle, and as a law firm will continue to do so.”

Jones Day has ties to Trump

The firm has previously worked with Trump, the Times noted: It has been involved in around 20 lawsuits that involved him, his campaign, or the Republican party. Its work with the Trump campaign includes during the probe into Russian interference in the 2016 election.

As a result, both Democratic and Republican partners at the firm told the Times that the firm had to keep working with its long-term clients, despite internal opposition to their work with Trump.

Some of the firms’ partners have joined the Trump administration, like Don McGahn, who served as White House counsel for Trump, before returning to Jones Day in 2018.

Trump is challenging the results

Trump has refused to concede the election, and has instead mounted more than a dozen legal challenges in battleground states.

He has demanded recounts in some states, though recounts are not expected to make significant enough changes to alter the states’ results.

Then, as those mail-in ballots were counted and were mostly cast by Democrats, he put forward a conspiracy that Democrats were managing to “steal” the election and claimed that counts in states that he was beginning to lose should stop.