Meet Stacey Abrams, the architect of Georgia's political shift from 'red' to 'purple'

For years, Stacey Abrams told the national Democratic Party that Georgia was the key to its electoral future.

“Georgia is a state Democrats can and must win,” she wrote in a Washington Post opinion piece less than two years ago.

With its rapidly growing Black, Latino, and Asian populations, along with an influx of younger residents and Northern transplants, the state was becoming a symbol of the culturally-ascendant New South.

Republicans have long controlled the levers of power in the Peach State. Democrats haven’t occupied the Governor’s Mansion since 2003 and the GOP has had unified control of the state legislature since 2005. Population growth, while robust in the Democratic-leaning Atlanta metropolitan area, never seemed like it wasn’t enough to overcome the state’s deeply conservative rural areas, which consistently deliver huge vote margins to Republican candidates.

This perception of Republican control over the state was shattered on November 3, when President Donald Trump’s initial lead over President-elect Joe Biden diminished throughout the night as Atlanta and its populous suburbs reported their vote totals.

By November 6, Biden had pulled ahead of Trump in the longtime Republican state, and on November 14, Decision Desk HQ and Insider called the race for Biden.

The president-elect won Georgia by a 49.5%-49.3% margin over Trump, with nearly 12,000 votes separating the two men out of almost 5 million votes cast, becoming the first Democratic presidential nominee to carry the state since Bill Clinton in 1992.

In the January 2021 Senate runoff elections, Democrats Raphael Warnock and Jon Ossoff won their races against GOP Sens. Kelly Loeffler and David Perdue, respectively, giving control of the upper chamber to the Democrats for the first time since 2015.

To many, Abrams’ long-term vision has finally taken hold, and she has been widely praised for steering the Biden campaign and the Democratic Party to this pivotal moment in Southern politics.

Here are five things that you should know about Abrams’ life and career, leading up to her work in accelerating Georgia’s political transition from a conservative “red” state to a competitive “purple” state:

Education has a been a defining part of her life

Abrams, 46, was born in Wisconsin, but spent her childhood in Gulfport, Mississippi and Atlanta.

In an interview with The Washington Post, she spoke about her life in Mississippi and vividly recalled how her parents, Robert and Carolyn Abrams, picked a home on a particular street so that their six children could attend higher-performing public schools.

“My parents understood that education was the essential ingredient to success for both of them,” Abrams told The Post. “My mum is the only one of her siblings to finish high school. My dad is the first man in his family to go to college.” 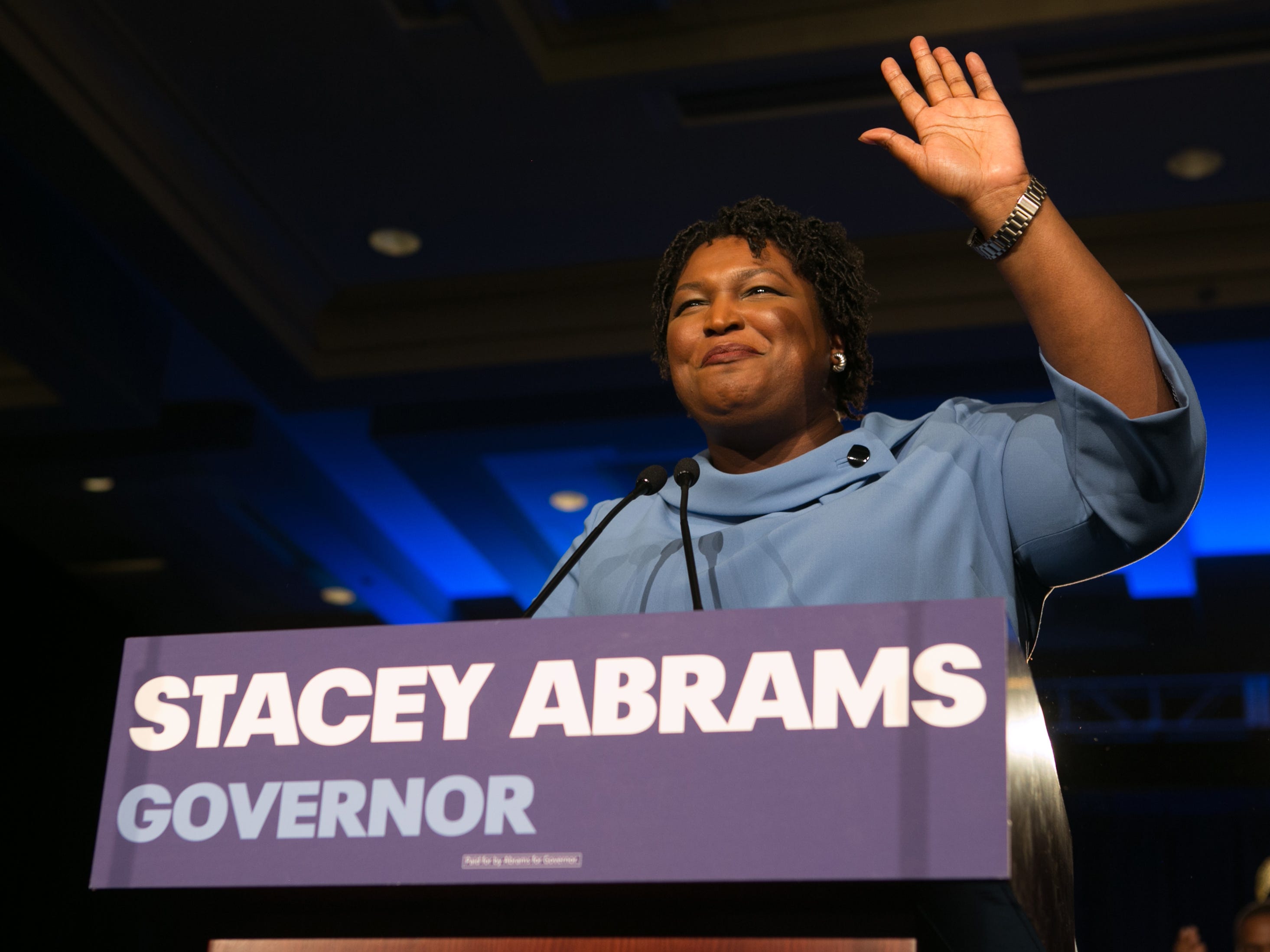 Jessica McGowan/Getty ImagesAbrams addresses supporters of her gubernatorial campaign at an election watch party in Atlanta on November 6, 2018.

After college, Abrams received a master’s degree in public affairs from the Lyndon B. Johnson School of Public Affairs at The University of Texas at Austin and a law degree from Yale.

She began her professional career as a tax attorney.

She served in the Georgia House of Representatives

In 2006, Abrams ran for a state House seat that included parts of Atlanta and suburban DeKalb, winning the Democratic primary and the general election. She began her first term as a state legislator in 2007.

During her tenure, Abrams aimed for bipartisanship, working successfully with Republican legislators, while also scrutinizing the policies of the majority party.

“In 2011, Abrams was largely responsible for blocking what Georgia Republicans initially portrayed as a major income-tax cut,” according to a Politico report. “Abrams analysed the proposal and found that it would amount to a major tax increase. She brought her analysis back to her colleagues and worked to persuade them to vote against it. The proposal was defeated.”

She led the House Democratic caucus as Minority Leader from 2011 to 2017, until resigning from the chamber to run for governor.

In 2018, Abrams became the first Black female nominee from a major political party to run for governor in US history. This represented a groundbreaking moment not only for Black women, but for Georgia, which was still defined by a largely conservative electorate. 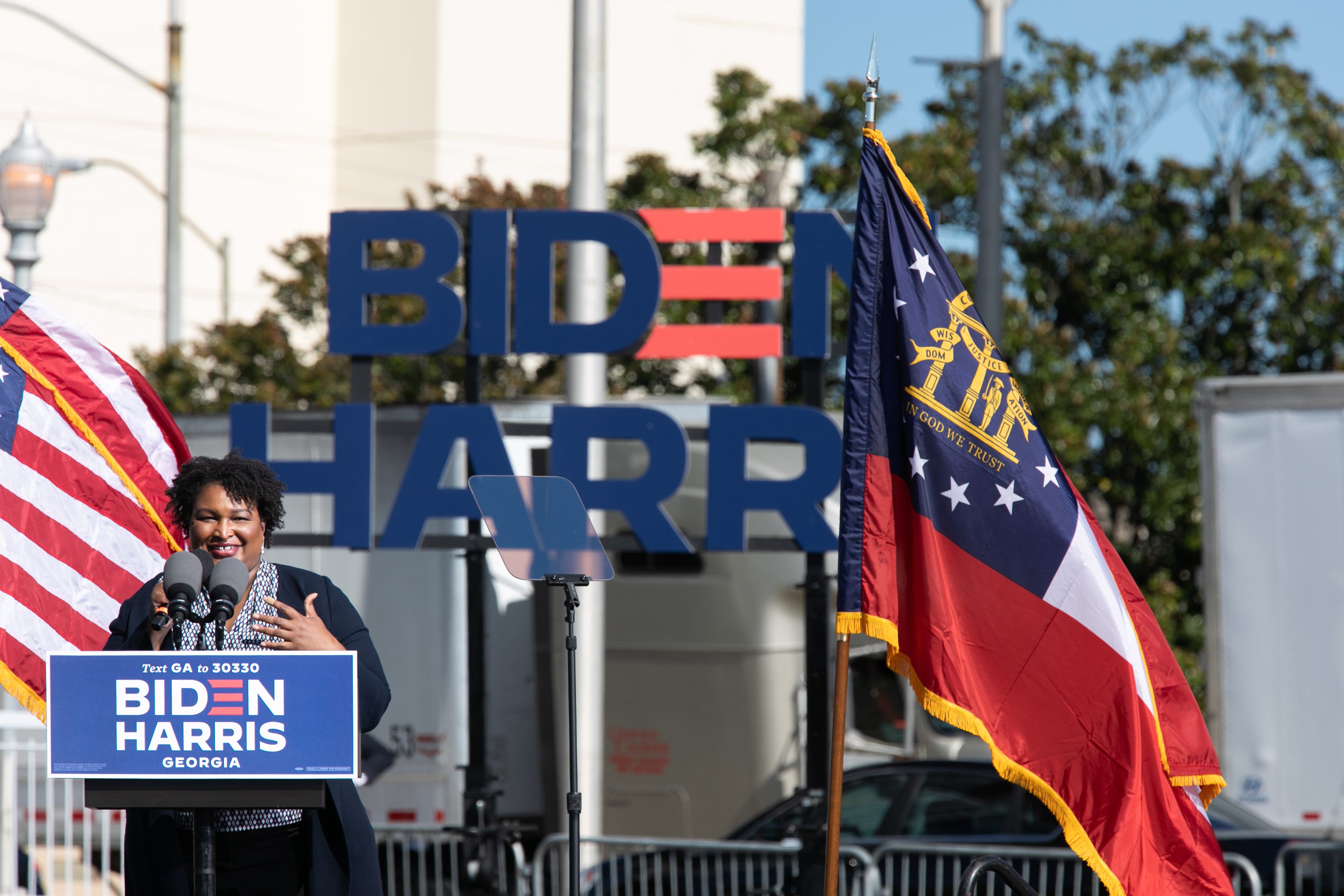 Abrams and her opponent, then-Secretary of State Brian Kemp, were close in the polls throughout the entire race, and both sides aimed to boost their support from their strongest groups â€” Abrams focused on energising minority and suburban voters, while Kemp relied heavily on his GOP base in rural and exurban areas.

In the end, Kemp narrowly defeated Abrams by a 50.2%-48.8% margin, or 1.4 percentage points. The race represented the smallest margin in a Georgia governor’s race since 1966.

Kemp, who had oversight of the election process, refused to step down during the race, despite numerous calls to do so. While Secretary of State, he “oversaw purges of the voting rolls and supported a tightening of registration rules,” according to The New York Times.

Abrams, who ended her campaign but wouldn’t formally concede to Kemp, said that voter suppression clouded the legitimacy of the election.

“More than 200 years into Georgia’s democratic experiment, the state failed its voters,” she said at the time. “Eight years of systemic disenfranchisement, disinvestment, and incompetence had its desired effect on the electoral process in Georgia.”

She has long been passionate about voting rights

Over the past decade, Abrams helped register hundreds of thousands of new voters in the state. After her 2018 loss, she started Fair Fight, a national voting rights organisation aimed at rooting out voter suppression. The organisation is an extension of Abrams’ personal mission to bring new people into the voting process.

Earlier this year, she reminisced about her passion for voting rights with a group of college students while discussing youth engagement, according to The Washington Post.

“I started my voting rights activism at Spelman College,” she told the students. “I started a voter-registration drive even before I was old enough to vote. I was probably the only person who turned 18 in college and got excited to go register and nothing else. But for me, the issue of voter registration is the beginning of the conversation because it is a conversation about power.”

After Reconstruction, poll taxes and literacy tests were used to silence the votes of Black citizens for generations, and the runoff election system was put into place to reduce the influence of the Black vote.

In Georgia, the legacy of discriminatory Jim Crow-era voter suppression, which Abrams has fought against, long created a sense of resignation among many Black citizens. Atlanta generally dominates conversations about the state’s voting patterns, but a third of voters in rural Georgia are from minority groups and one in four voters outside of the city are Black, and they have now emerged as a powerful voting bloc that for decades had been largely marginalised and ignored.

She worked tirelessly to elect Democrats to both Senate seats

After Abrams declined to run for the Senate in 2020, she immediately made it known that her goal was to elect a Democrat to the seat held by Perdue. 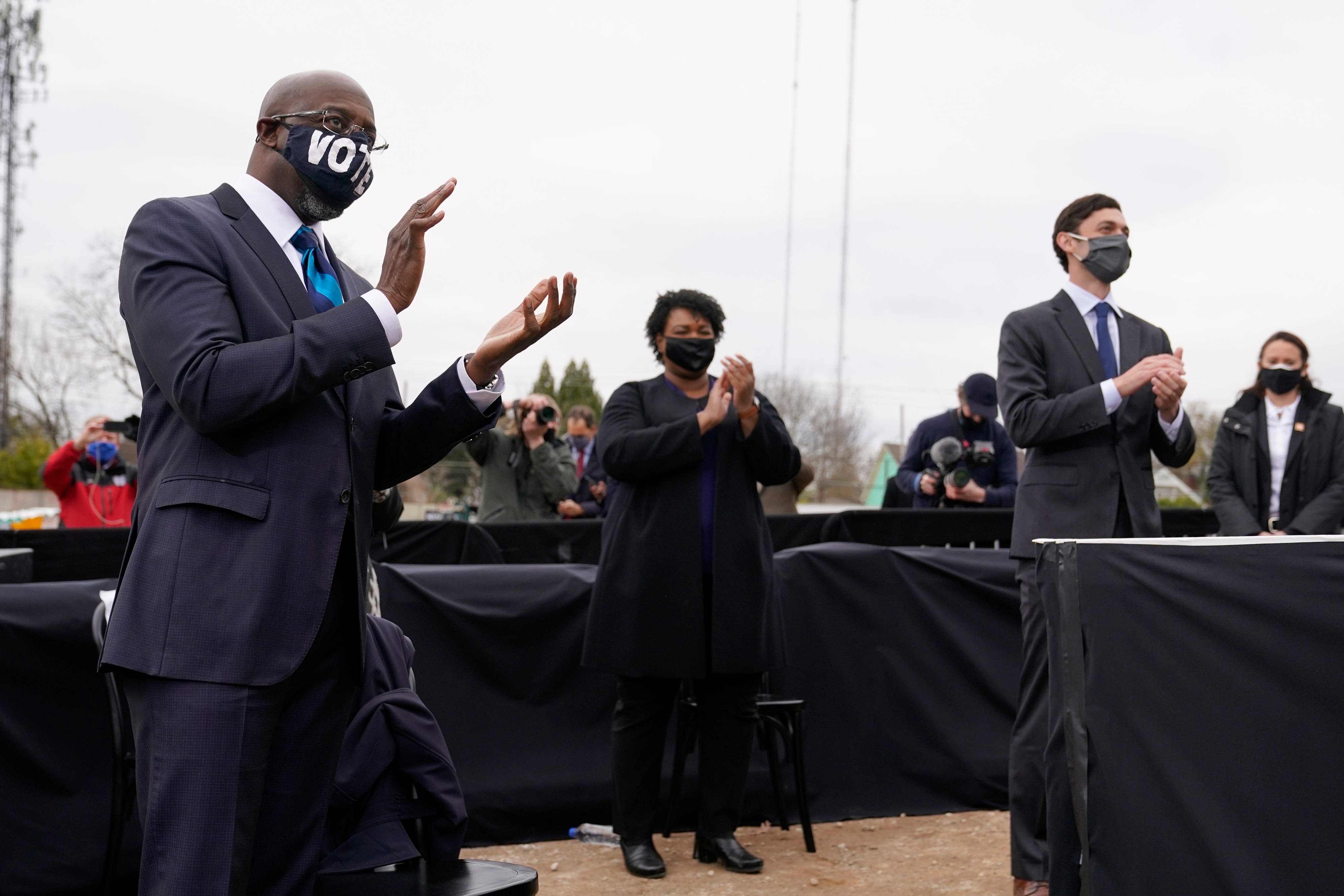 When then-Sen. Johnny Isakson retired from the chamber for health reasons in 2019, Loeffler was appointed to his seat by Kemp, which triggered a separate special election for the 2020 cycle.

Abrams threw her organising efforts at helping Warnock and Ossoff, who had both never run statewide before, navigate the tricky terrain of running in a state that hadn’t recently been hospitable to federal Democratic candidates.

However, Fair Fight, the Democratic Party, and local organisers helped drive up turnout, registering and engaging with new voters.

Warnock and Ossoff both performed strongly in the November election, keeping Republicans from exceeding 50% of the both races, denying them outright wins and triggering the runoff elections.

On January 6, both Warnock and Ossoff emerged as the winners of their respective races against Loeffler and Perdue, respectively, per Decision Desk HQ and Insider.

Abrams not only led the way for Biden to win the state, but created the template for both Senate seats to flip to the Democratic column, the first time that the party held both seats concurrently since 2003.