Shares of Square surged as much as 16% Wednesday after the company reported better-than-expected quarterly results Tuesday.

The company’s earnings release came a day early – it was schedule to report Wednesday after the bell – because Bloomberg News reported the numbers on Tuesday.

During the second quarter, Square’s revenue grew 64% from a year earlier, the company said. In addition, gross profit grew 28% to $US597 million.

Square’s peer-to-peer Cash App, which competes with Paypal’s Venmo, delivered gross profit growth of 167% over the year and had more than 30 million monthly transacting customers in June, up from 24 million in December.

“While transactions per customer have steadily increased over time, we recognise that engagement during the second quarter also benefited from government funds related to the stimulus and unemployment benefits,” Square said in a letter to investors. A portion of users direct deposited their unemployment payments directly into Square accounts, the company said.

The coronavirus pandemic has hit small businesses, one of the main users of Square, hard. In the second quarter, seller gross payment volume declined on the year, but improved during each month of the quarter, the company said. 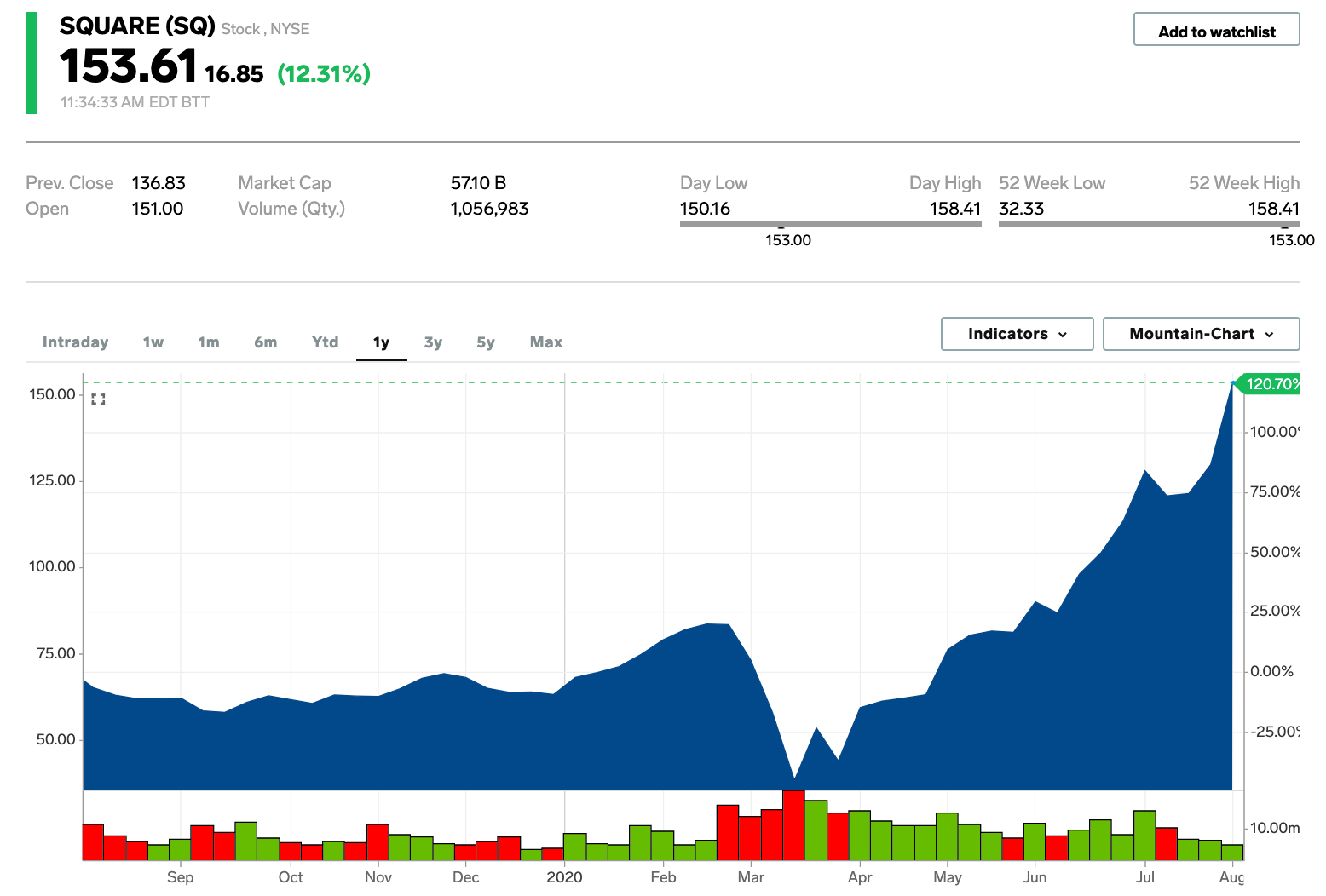