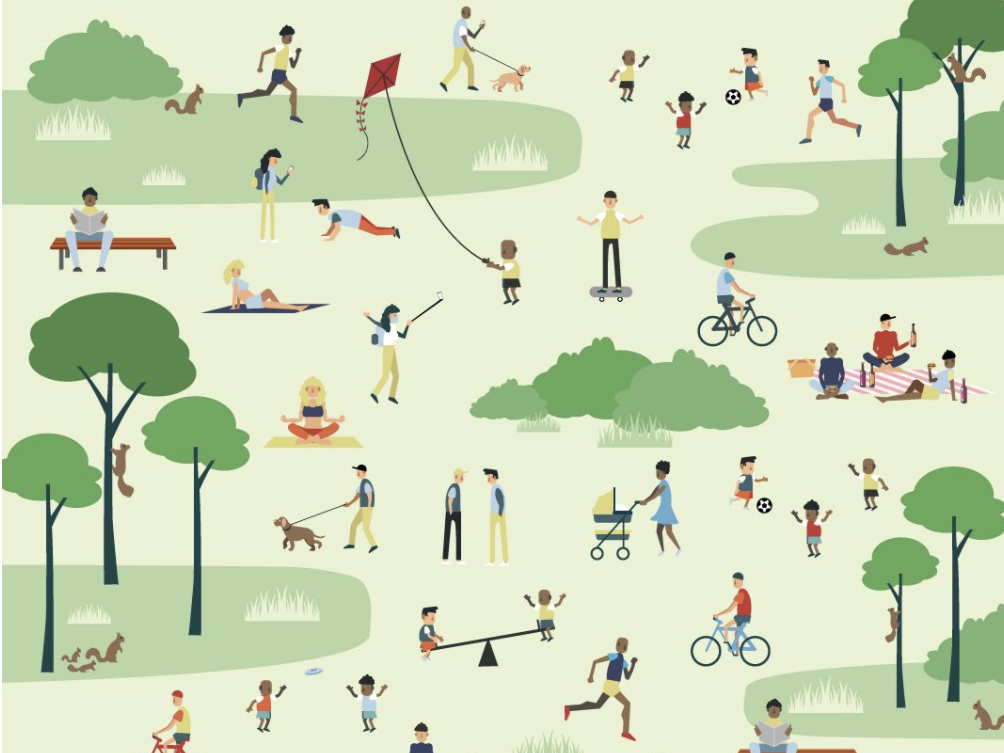 This summer, the park is a great place to take a walk, have a picnic, or to exercise. A new puzzle has turned these park activities into a tricky brainteaser.

Watches2U, a watch retailer, has created a puzzle that challenges readers to find the differences between two seemingly similar images of parkgoers. At first glance, the images look identical, but if you look closer, you may see some subtle differences.

On average, it takes one minute to find all 10 changes. Think you can beat that? Take a look at the two park scenes below and spot the differences. 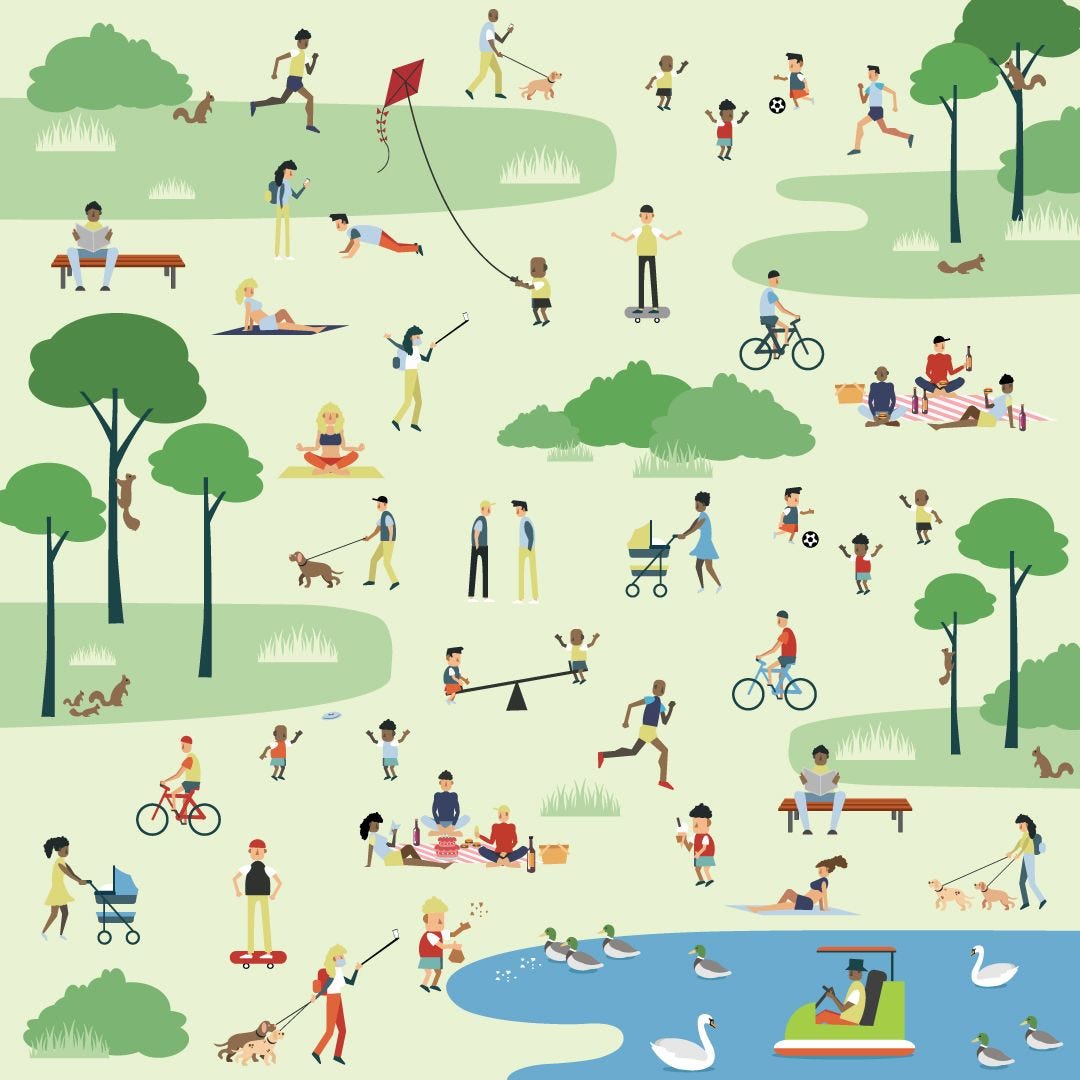 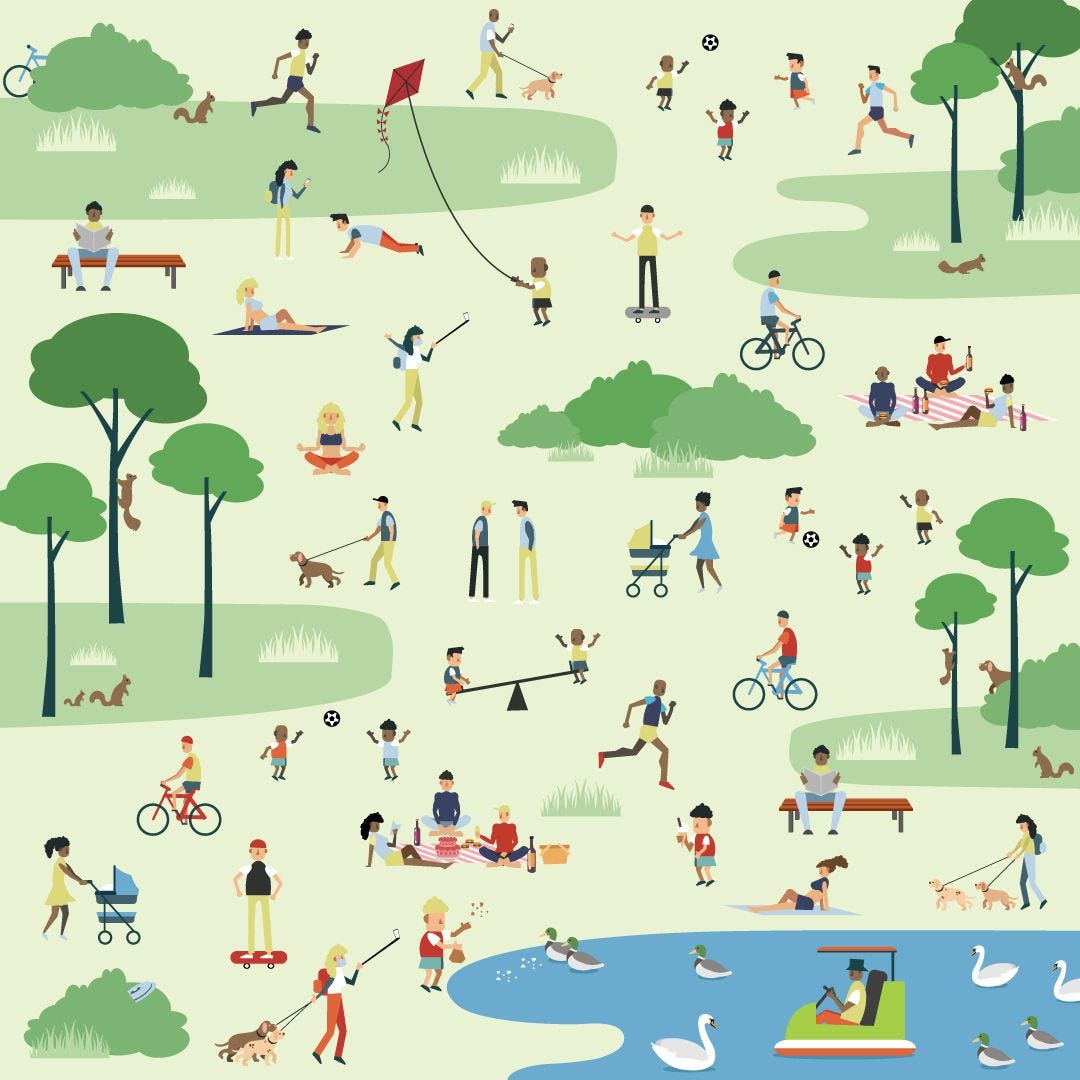 Courtesy of Watches2UWhat changed from the first image?

If you look closely, you might find all the discrepancies.

Pay attention to every detail, and you might get it.

Make sure there are the same number of animals in each picture.

Keep scrolling for the answers. 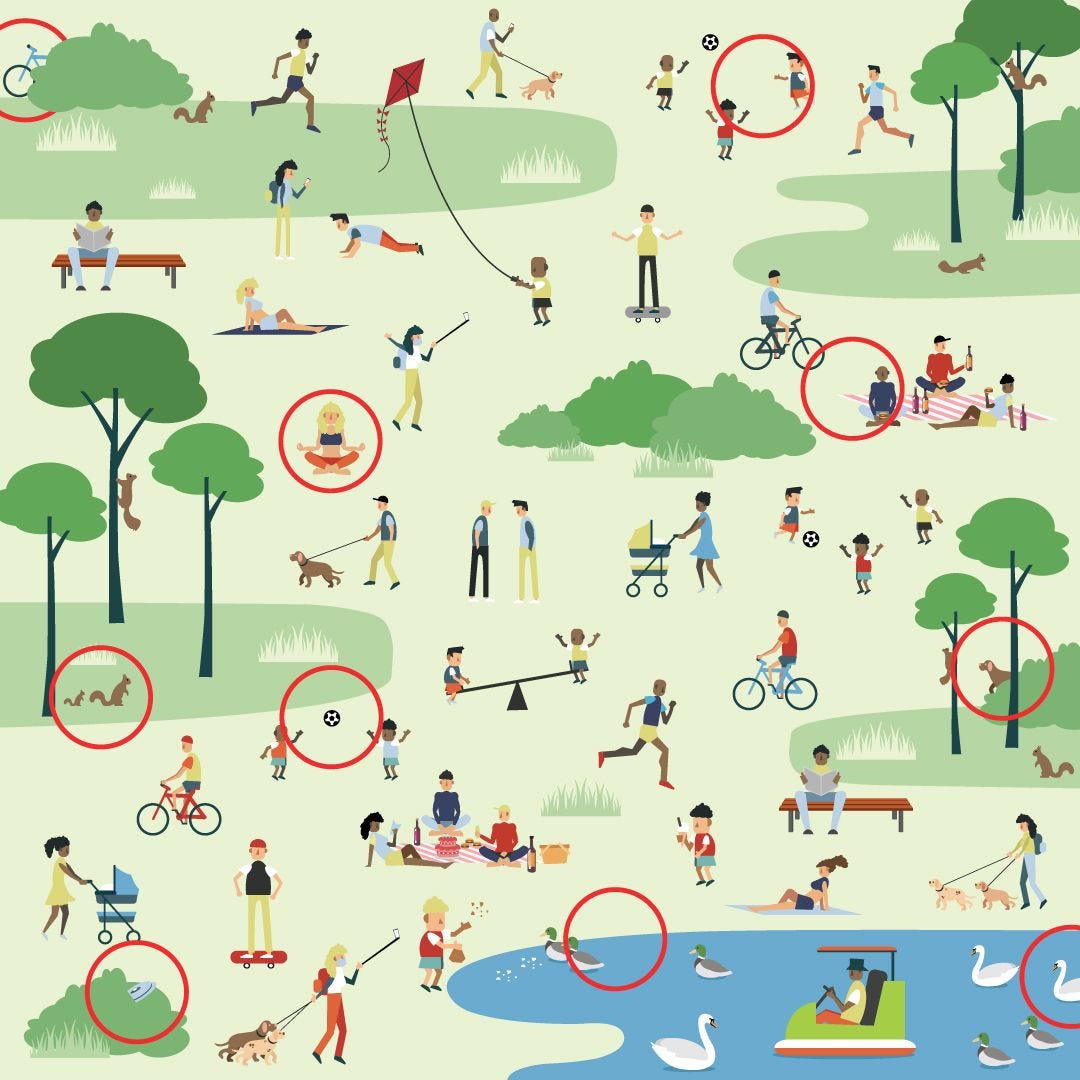 Courtesy of Watches2UThe answers are in circled in red.

1. In the second picture, there is a bike hidden behind the bush.

2. The soccer ball changed positions in the second picture.

3. In the first picture, the woman doing yoga is on a yoga mat. There is no yoga mat in the second image.

4. The picnic basket has disappeared from the second picture.

5. There are three squirrels together in the first image and only two in the second.

6. In the first picture, children are playing with a Frisbee, but in the second, it’s a ball.

7. In the second picture, there’s a dog hiding behind a bush.

8. In the second picture, there’s a Frisbee in a bush.

9. There are three ducks grouped together in the top left of the pond in the first image but only two ducks are there in the second.

10. An extra swan has appeared in the second image.

If you enjoyed this summer-themed puzzle, warm up your mind with even more of these brainteasers.