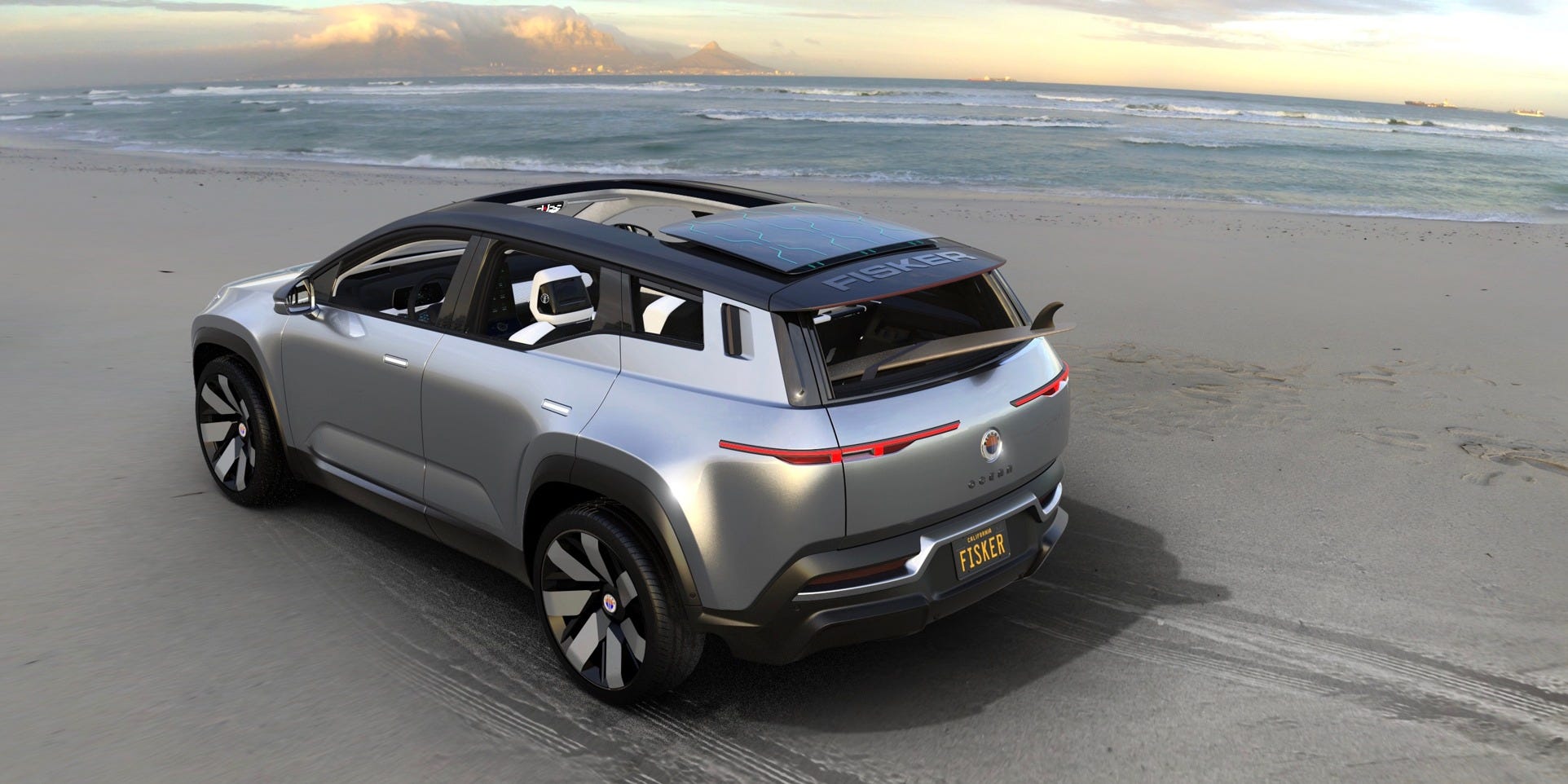 Spartan Energy Acquisition Corp, a “blank check” company backed by Apollo Global Management, soared as much as 37% on Thursday after it was reported by Reuters that Spartan was in the lead of a bidding war for electric vehicle maker Fisker.

Spartan Energy is bidding against other special purpose acquisition companies, or SPACs, to bring Fisker public via a reverse merger.

A SPAC is commonly referred to as a “blank check” company because investors essentially write a check to a publicly traded shell company whose sole intent is to go shopping for a private company and in effect bring it public via the listed holding company.

The bidding war has likely intensified after the management teams of SPACs that are in search of an acquisition saw the trading activity of small electric vehicle makers like Nikola Corp., Workhorse, and Tortoise Acquisition Corp.

Investors seem to be searching for the next Tesla, which is up 233% year-to-date and recently announced better-than-expected second quarter delivery data.

Meanwhile, Nikola Corp., which is developing an electric pickup truck and doesn’t expect to generate revenue until 2021, briefly saw its market valuation surpass Ford. JPMorgan upgraded Nikola to overweight on Wednesday, partly on a valuation call.

Tortoise Acquisition Corp. is a SPAC that announced its intent to acquire Hyliion. Since the announcement, shares have surged 157%.

Nikola also went public last month via a reverse-merger with VectorIQ Acquisition Corp., a SPAC. Nikola shares are up 446% since its merger was announced in March.

Fisker was founded by Henrik Fisker, a well-known car designer who previously worked for BMW and Aston-Martin. Fisker plans to sell its electric SUV, the Ocean, in 2020 at a base price of $US37,500.

Spartan Energy Acquisition Corp. began trading in 2018 after the company raised $US552 million in a public offering. The SPAC said it would use the funds to acquire a US company within the energy industry. 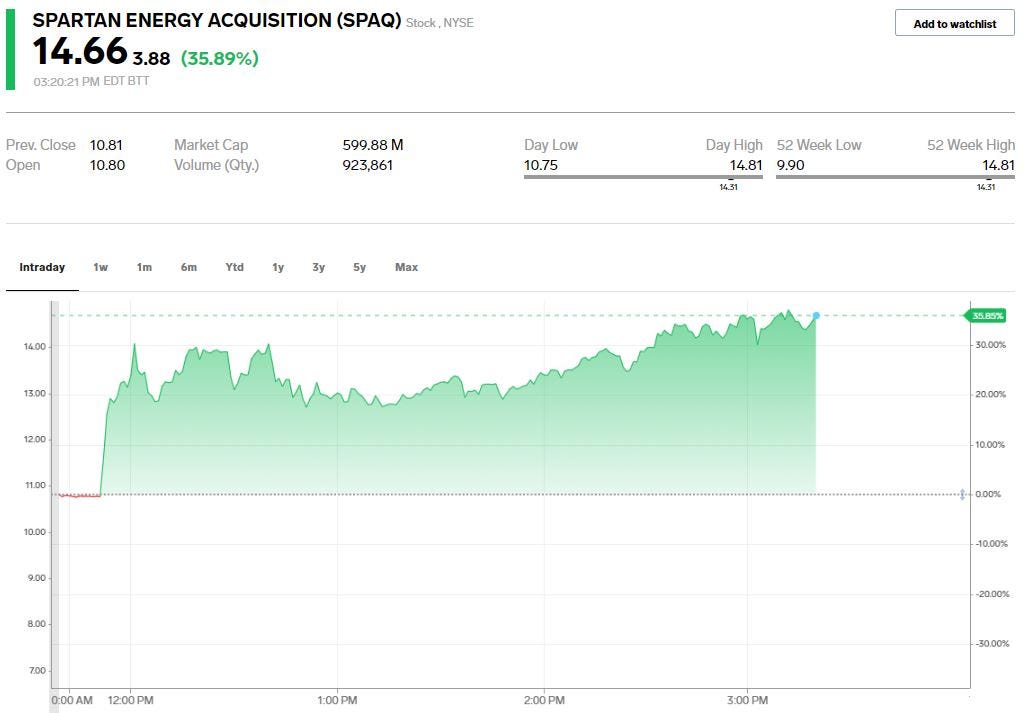