The FAA released SpaceX's rough plan to fly Starship rockets to orbit from Texas, and the agency wants public input on it

New information released this week by the FAA notes how SpaceX, the aerospace company founded by Elon Musk, hopes to further expand its private rocket facility in Texas â€” and that the agency wants public input on those plans.

So far, SpaceX has launched a number of protoypes for Starship, a steel-skinned rocket ship that stands nearly 49 meters (160 feet) tall, from Boca Chica, a relatively remote strip of beachy land at the southeastern tip of the state.

Ultimately, SpaceX envisions its facility as a privately operated toehold for flights to deep space â€” even an exodus of people to Mars. But before the company can attempt to realise that vision, it must first clear a new regulatory hurdle with the FAA. 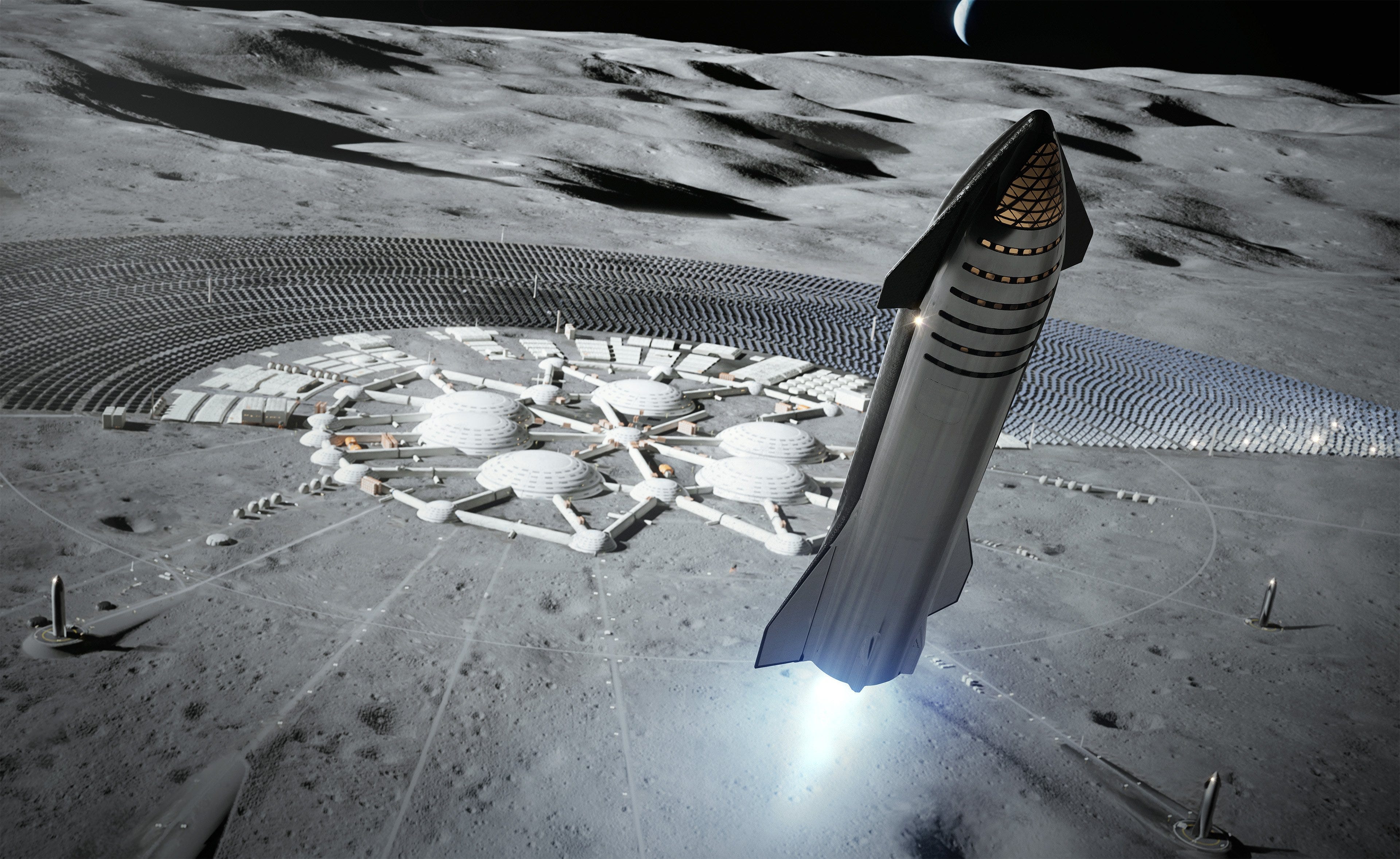 SpaceX/TwitterAn illustration of SpaceX’s planned Starship rocket landing near a moon base.

SpaceX’s current launch licence allows the company to fly Starship prototypes on suborbital (up-and-down) test flights. The company has made frequent use of that privilege since 2019, most recently flying a full-scale Starship prototype called serial No. 8, or SN8. The 16-story vehicle rocketed tens of thousands of feet into the air on December 9, performed a skydiver-like belly-flop return to its launch site, flipped back upright, and nearly stuck a rocket-powered landing â€” before exploding.

In a recap video SpaceX tweeted on Wednesday evening, the company described its flight in historic terms.

“SN8 demonstrated a first-of-its-kind controlled aerodynamic descent and a landing-flip manoeuvre,” SpaceX said in the video. “Together these will enable landing where no runways exist, including the moon, Mars, and beyond.”

Meanwhile, the company is seeking to nearly double its valuation and raise untold capital, sources close to the deal told Business Insider.

The FAA can’t simply hand over a Starship orbital launch licence to SpaceX, though, because the company has moved well off-script from its original plans for Boca Chica.

SpaceX initially planned to launch about a dozen commercial missions per year to orbit aboard Falcon 9 and Falcon Heavy rockets. But the company scrapped that idea not long after federal, state, and local authorities approved it following an exhaustive, nearly three-year-long environmental impact statement process.

The EIS did not describe building a Starship rocket factory, flying vehicles several times more massive, or using different fuels, among other important variations. But it did include a provision to fly “a variety of reusable suborbital launch vehicles.”

SpaceX has capitalised on this provision to push the FAA to approve changes to its use of the site. The company has converted plats of residential property into a sprawling factory complex that is cranking out Starship and, more recently, Super Heavy prototypes. A couple of miles down the road, just off Boca Chica Beach, it has built launch mounts, landing pads, a tank farm to store and deliver fuels, and more.

The work has led to a thus-far-successful Starship development program, most recently with SN8’s flight. The launch of SN9 may be just a week or two away.

In order to obtain a Starship orbital launch licence, though, SpaceX â€” as one of several major criteria â€” must conduct an environmental assessment, or EA, for the FAA. The process will reevaluate the company’s planned construction and orbital-launch activities and their potential impact to the area’s land, water, wildlife, history, and people.

SpaceX has been working for months to kick off the process, and early this week the FAA followed through by updating its Starship-Super Heavy site. A new page broadly outlines what SpaceX wants to do, including pressurised tests to prove the integrity of fuel tanks; test-firing up to 37 car-size Raptor rocket engines at once; performing “dry” (unfueled) and “wet” (fuelled) launch dress rehearsals; and launches to orbit.

The FAA said SpaceX wants to expand its existing solar-energy farm, add “a liquid natural gas pre-treatment system,” and add “a liquefier” to recapture any ultra-cold fuel that boils into a gas. At its beachside vertical launch area, the FAA added, “SpaceX is proposing to construct a redundant launch pad and commodities, a redundant landing pad, two integration towers, tank structural test stands, and a desalination plant” (since fresh water must currently be trucked out to the site from Brownsville, about a 30-minute drive away).

Business Insider asked the FAA about SpaceX’s planned expansion and use of the site, requesting details about the locations and footprints of planned construction, results of safety analyses the agency had performed thus far, and more.

An agency spokesperson declined to answer our questions, saying: “The FAA will adhere to the environmental review process which will produce answers to many of your questions in due course. The process allows for extensive opportunity for public awareness and involvement.”

SpaceX has likely been eager to start its EA because the process typically takes three to four months to complete. That is, unless the EA turns up “impacts that cannot be mitigated” â€” in which case the FAA requires a new EIS be done, and that could take one to three years.

SpaceX did not respond to a request for comment for this story. 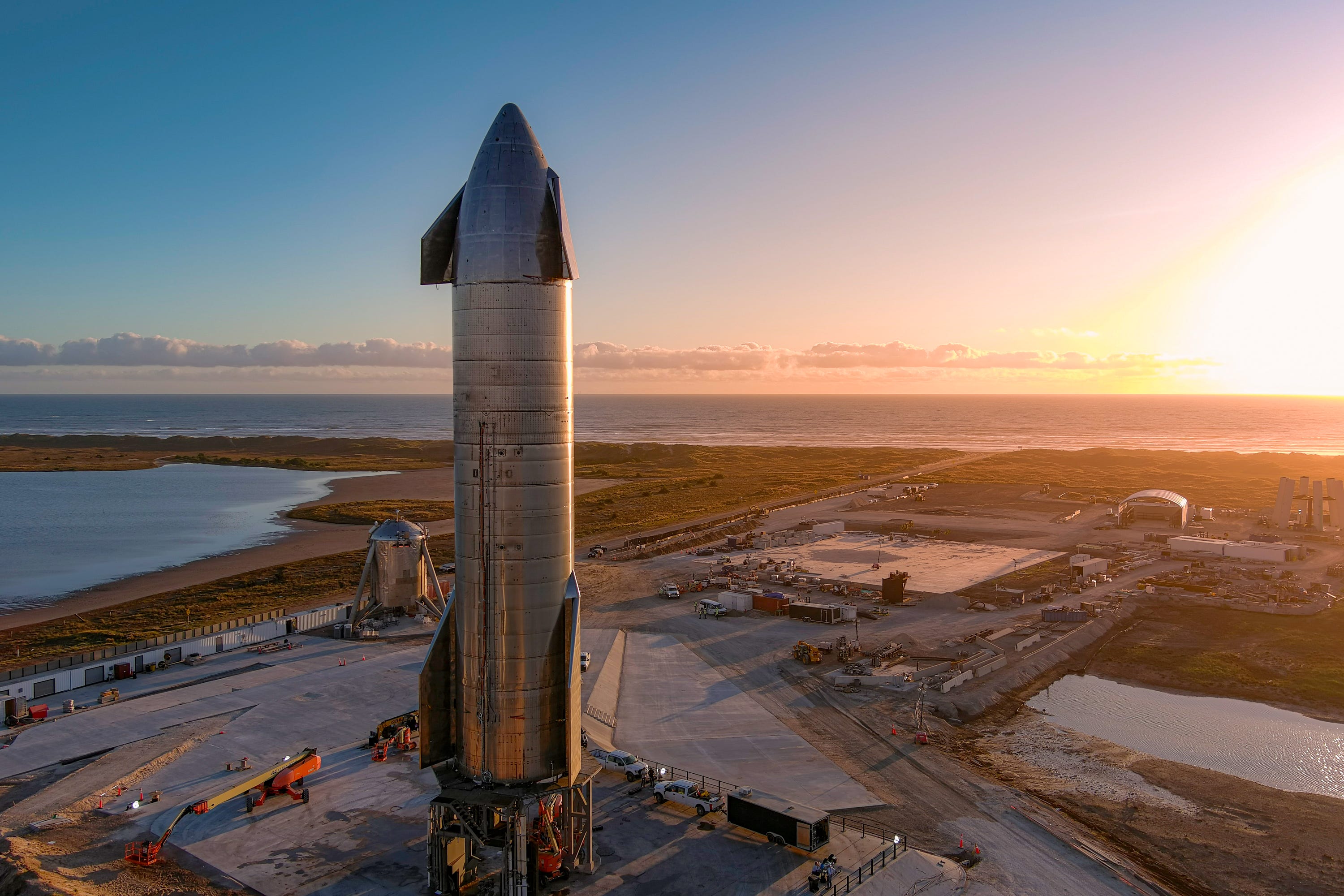 The FAA plans to assess a litany of potential impacts in regard to SpaceX’s proposal, according to its website, including topics like air quality, water resources, coastal resources, wildlife, pollution, flooding, noise, safety risks, and socioeconomic factors.

The agency is also taking public feedback until January 22 to allow people and organisations to raise issues of possible concern.

“The FAA requests public comments on potential alternatives and impacts, and identification of any relevant information, studies, or analyses of any kind concerning impacts affecting the quality of the human environment,” Stacey Zee, an FAA environmental protection specialist, wrote on Wednesday to an email-list for those who subscribed for Starship-Super Heavy project updates.

Zee said the public can email comments [email protected], though she noted the entire comment â€” including any “personal identifying information” a person types into their email to the FAA â€” “may be made publicly available at any time.”

The FAA is also considering a “programmatic” EA, or PEA, for the Starship-Super project, Zee said. Practically, this means the agency could take a broader approach with its assessment to form a sort of foundational document. From there, it could later add “tiers” that address specific vehicles at specific sites, which the agency says “reduces and eliminates” redundant or duplicative analyses.

Tiering could help SpaceX metre out environmental analyses step-by-step instead of waiting for one monolithic tome to be finalised, as it did in July 2014. (That final EIS spanned about 1,600 pages.)

A PEA might also give SpaceX more flexibility to shift its plans again with less regulatory risk to its timeline. For instance, launching from land does not appear to be SpaceX’s long-term plan for the site: Musk has noted the company “is building floating, superheavy-class spaceports for Mars, moon & hypersonic travel around Earth.”

Those who stand to be most impacted by SpaceX’s plans are retiree-age homeowners of Boca Chica Village, which is a small community now located amid the company’s Starship factory complex. Nearly all the owners flocked to the area long before the SpaceX’s arrival, seeking a quiet life in a serene, wildlife-rich setting. Most sold their properties to the company in a protracted buyout effort, but a handful have repeatedly declined to sell, arguing SpaceX’s offer wouldn’t allow them to purchase a similar property in a similar area.

“I doubt that any of us will have anything good to say,” Rosemarie Workman, one of the villagers, told Business Insider in an email.