SpaceX's NASA contract has sparked reaction from industry figures seeking details. Blue Origin says it is 'looking to learn more about the selection.' 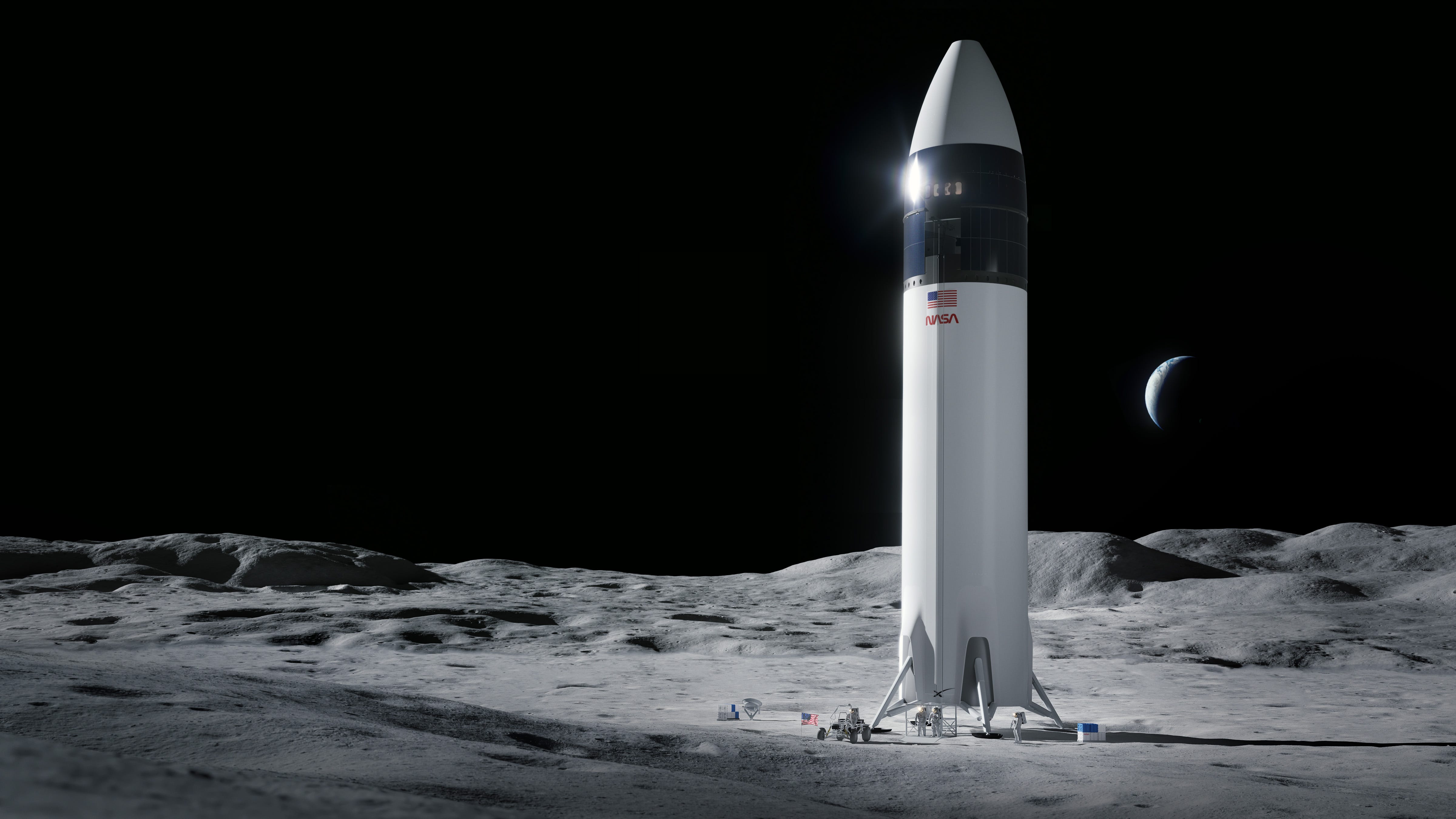 SpaceXThe design for a Starship human lander that would carry NASA astronauts to the moon’s surface during the Artemis mission.

Many figures in the space and science communities are seeking more details about how NASA chose only SpaceX for its return to the moon even though the agency’s stated plans called for two commercial partners.

SpaceX had been competing against Blue Origin and Dynetics for a pair of contracts for NASA’s Artemis program. But NASA on Friday announced SpaceX would get an exclusive $2.9 billion contract.

Blue Origin had partnered with Lockheed Martin, Northrop Grumman, and Draper to form “The National Team.”

A Blue Origin representative told Insider via email on Saturday: “The National Team doesn’t have very much information yet. We are looking to learn more about the selection.”

Elsewhere, celebrations were in order.

“NASA Rules!!” Elon Musk, the founder of SpaceX, said. “We are honored to be part of the @NASAArtemis team.”

NASA last year chose the three companies to develop a new “human-landing system.” The agency has plans to return to the moon as soon as 2024 and eventually set up a permanent base there.

The winning system, SpaceX’s Starship, uses the company’s Raptor engines, along with designs from its Falcon 9 and Dragon vehicles, NASA said. It’ll be fully reusable, with a landing system designed “for travel to the Moon, Mars, and other destinations.”

“By taking a collaborative approach in working with industry while leveraging NASA’s proven technical expertise and capabilities, we will return American astronauts to the Moon’s surface once again, this time to explore new areas for longer periods of time,” said Lisa Watson-Morgan, NASA’s HLS program manager, in a statement.

NASA had been expected to choose two of the companies. But budget concerns led to its choice of SpaceX, which restructured its proposal to meet NASA’s spending expectations, according to the agency.

NASA on April 2 chose SpaceX as a “conditional selection,” which allowed the agency to enter post-selection negotiations with it, according to a document prepared by Kathryn Lueders, the source-selection authority.

Lueders wrote that each of the three companies’ “Option A” proposals were above the agency’s proposed budget for the HLS program.

“It was therefore my determination that NASA should, as a first step, open price negotiations with the Option A offeror that is both very highly rated from a technical and management perspective and that also had, by a wide margin, the lowest initially-proposed price – SpaceX,” Lueders added.

Musk’s company then resubmitted its proposal on April 7, according to NASA.

After the announcement, SpaceX employees and space enthusiasts flooded LinkedIn and Twitter with positive messages. Many posted rocket emojis, as might be expected.

But other space enthusiasts and budget hawks questioned NASA’s decision to drop down to one commercial partner for such a monumental mission.

Casey Dreier, the chief advocate and senior space-policy advisor at The Planetary Society, said via Twitter that he was “honestly shocked” that NASA would choose a single commercial partner. Multiple partners would boost competition, he said.

“Of course, SpaceX always acts as if it’s a constant competition with itself,” Dreier said. “And it’s 100% delivered on its capability and price promise so far.”

SpaceX had previously entered into agreements with NASA and the US Air Force, with “very high” price tags, he said.

He added: “The years of delay in the development of the Falcon Heavy, as well as recent tests of the Starship program as reported in the news, also raise technical and scheduling questions.”

Several of SpaceX’s Starship prototypes have exploded during test flights.

Dynetics didn’t return a request for comment on Saturday.