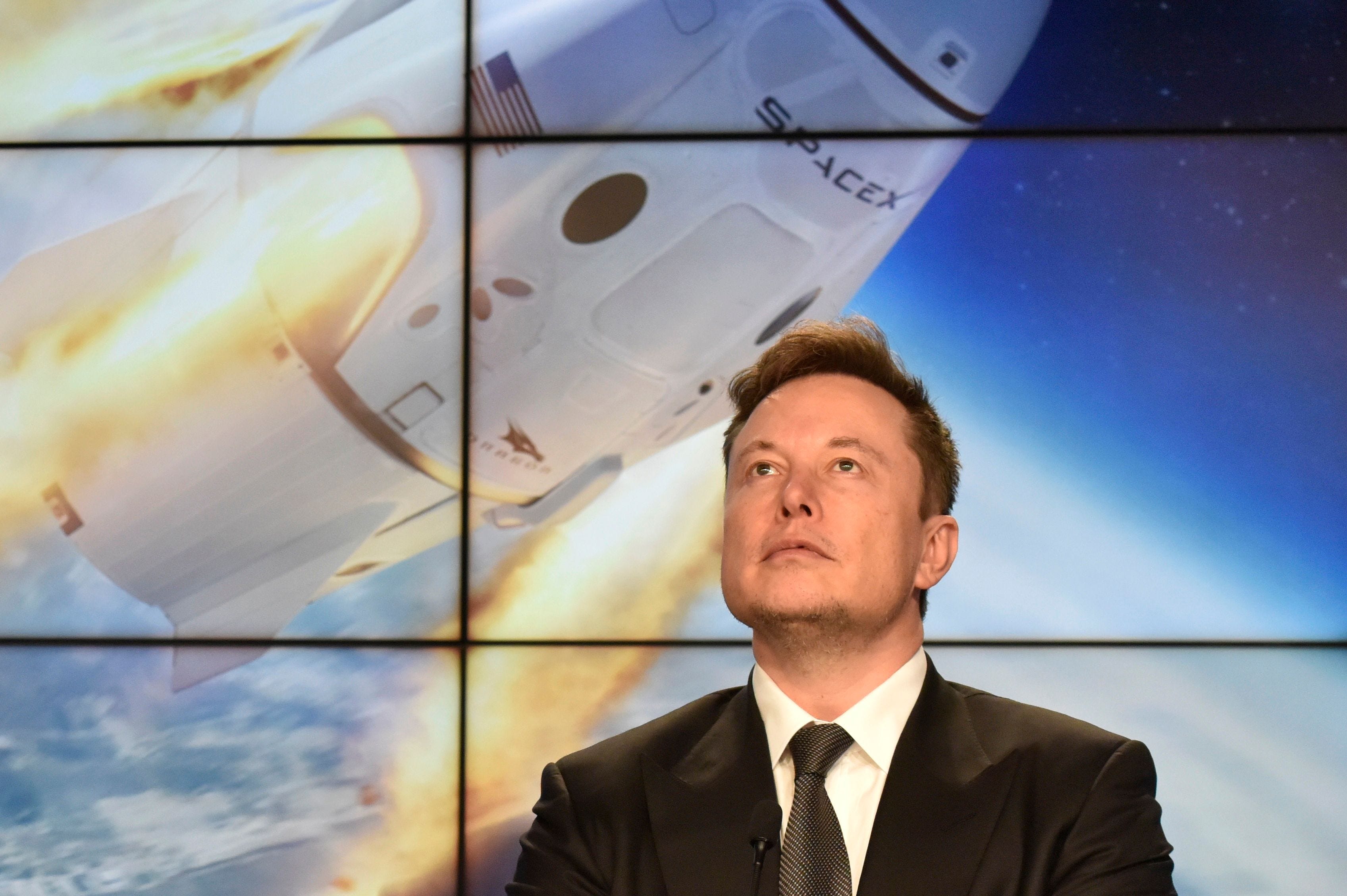 May is shaping up to be a momentous month for both SpaceX, the rocket company founded by Elon Musk in 2002, and NASA, which retired its space shuttle fleet in July 2011.

On May 27, weather and glitches notwithstanding, SpaceX will launch NASA astronauts Bob Behnken and Doug Hurley. The seasoned two-person crew will ride to the top of a historic yet retrofitted launch pad at Kennedy Space Centre, climb aboard SpaceX’s new Crew Dragon spaceship, and fly into low-Earth orbit atop a 230-foot-tall Falcon 9 rocket.

To preview every critical detail of the mission, called Demo-2 – the second of two full-up test missions – NASA is broadcasting live video of a series of live press briefings, which you can watch using the YouTube player embedded below.

Demo-2 is critical for SpaceX, NASA and the US at large. The mission represents SpaceX’s first-ever flight of people in the company’s 18-year history. A successful flight would also mark the resurrection of crewed spaceflight from American soil using American spaceships and rockets for the first time in nearly a decade. (Since the space shuttle fleet was retired, NASA has relied on Russia to fly astronauts.)

The mission is a pinnacle part of NASA’s public-private partnership with rocket companies like SpaceX and Boeing, called the Commercial Crew Program. 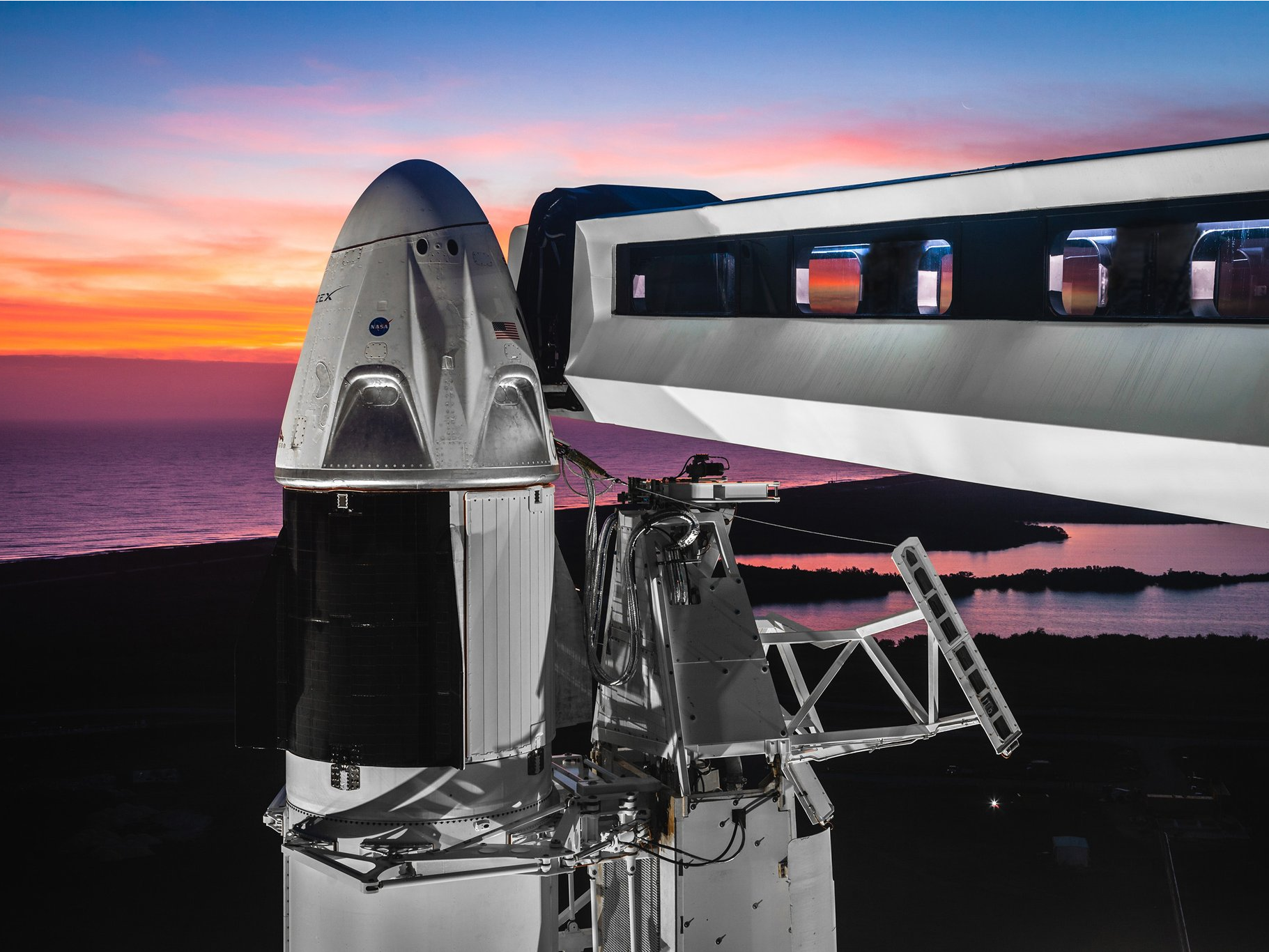 If weather and hardware cooperate, the two men will lift off at 4:32 p.m. ET and launch toward the International Space Station (ISS). Once they arrive at the football-field-size laboratory, they will remain there for an “extended stay,” though “the specific duration of the mission is to be determined,” NASA said in an announcement last month.

“For the first time since 2011, we are on the brink of launching American astronauts from American rockets on American soil,” NASA Administrator Jim Bridenstine said in August 2018 during the debut of Commercial Crew astronauts.

For his part, Musk sounded excited yet exasperated about the time it’s taken for his rocket company to arrive at this critical juncture.

“Good progress, but 18 years to launch our first humans is a long time,” Musk tweeted on April 17. “Technology must advance faster or there will be no city on the red planet in our lifetime.”

Musk is pursuing such a city on Mars through the development of an enormous, low-cost, and rapidly and fully reusable launch system called Starship at a nascent (and controversial) development, test, and launch site in South Texas.

On Thursday, NASA announced SpaceX (and its Starship vehicle) was a candidate to return the space agency’s astronauts to the lunar surface as part of its Artemis program.

NASA plans to broadcast its first briefing at 11 a.m. ET.

After the YouTube player embedded below is a full schedule from NASA TV of what the agency plans to broadcast and when related to the Demo-2 mission.