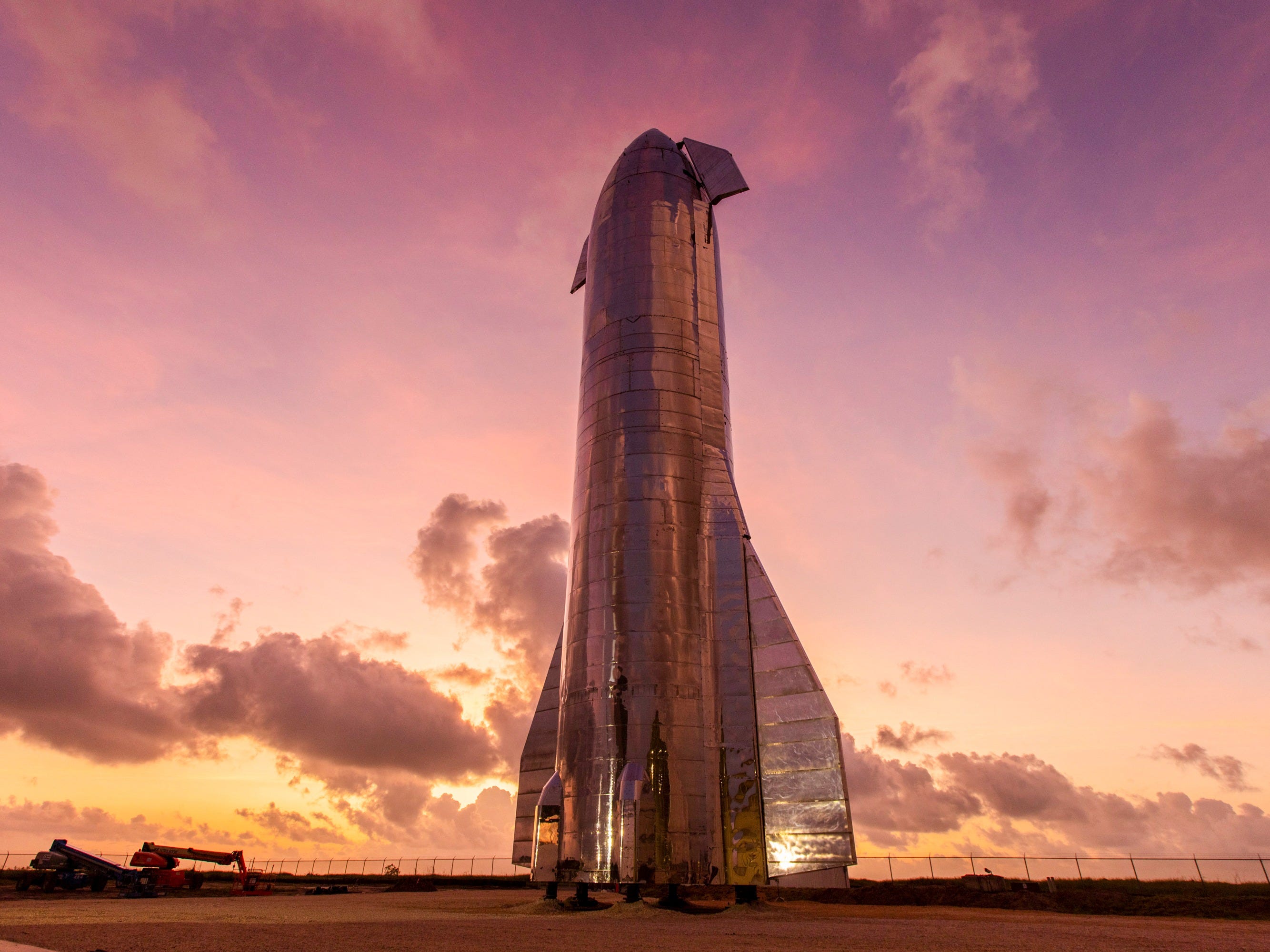 SpaceXStarship Mark 1, or MK1, on a stand in Boca Chica, Texas, in September. The vehicle’s hull was later breached during a pressure test that November.

SpaceX hopes to launch prototypes of its Starship rocket more than a dozen miles high within the next seven months, according to a filing with the Federal Communications Commission.

Elon Musk, the aerospace company’s founder and CEO, is urgently racing to develop Starship, a fully reusable rocket system that is designed to one day land on the moon for NASA and take up to 100 people to Mars at a time.

Now the company has filed a request to the FCC to use certain radio frequencies while launching Starship prototypes up to 12 1/2 miles, or 20 kilometers, into the air. The filing, posted Thursday, specifies that launch operations would occur between August 18 and February 18.

The Federal Aviation Administration on May 28 awarded SpaceXa launch licence for suborbital flights. SpaceX can’t feasibly fly its Starship prototypes, however, until the FCC grants it permission to use frequencies required to track and communicate with them. (The FCC is typically quick to grant such permission to SpaceX.) 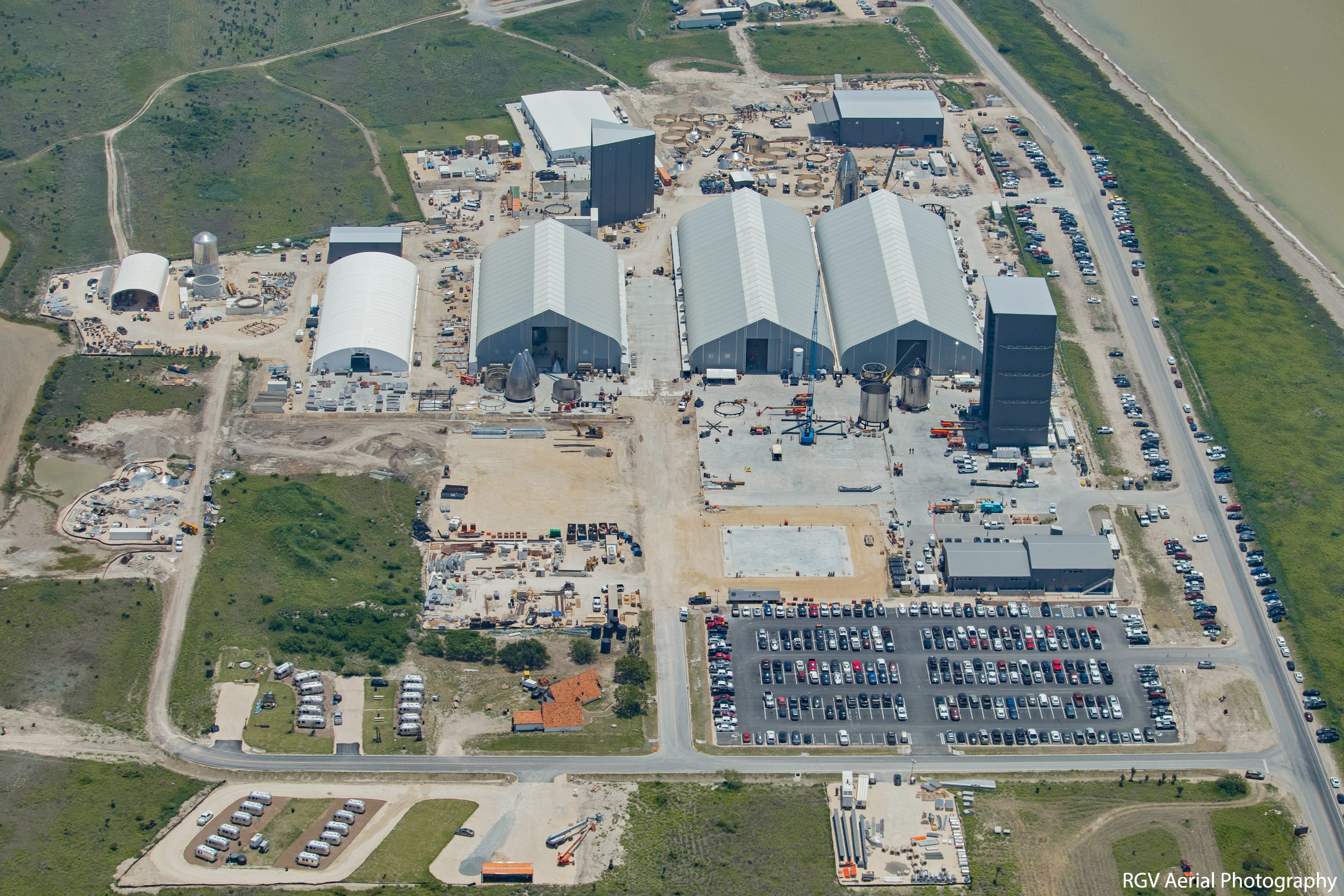 A full-scale 16-story Starship prototype has yet to fly, though a previous and shorter version of the rocket – known as Starhopper – successfully launched 500 feet high and landed in 2019.

Since then, more advanced yet still early iterations of Starship prototypes have failed and were obliterated during testing, typically when engineers filled the rockets with inert liquid nitrogen to test the limits of their integrity.

During a test-firing of recent Starship prototype called SN4 in Boca Chica on May 29, the vehicle spectacularly exploded. The failure happened the day before the astronauts Bob Behnken and Doug Hurley rode the company’s Crew Dragon spaceship to the International Space Station with the help of a different SpaceX rocket, Falcon 9. (That launcher successfully flew 85 missions before sending Behnken and Hurley into space.) 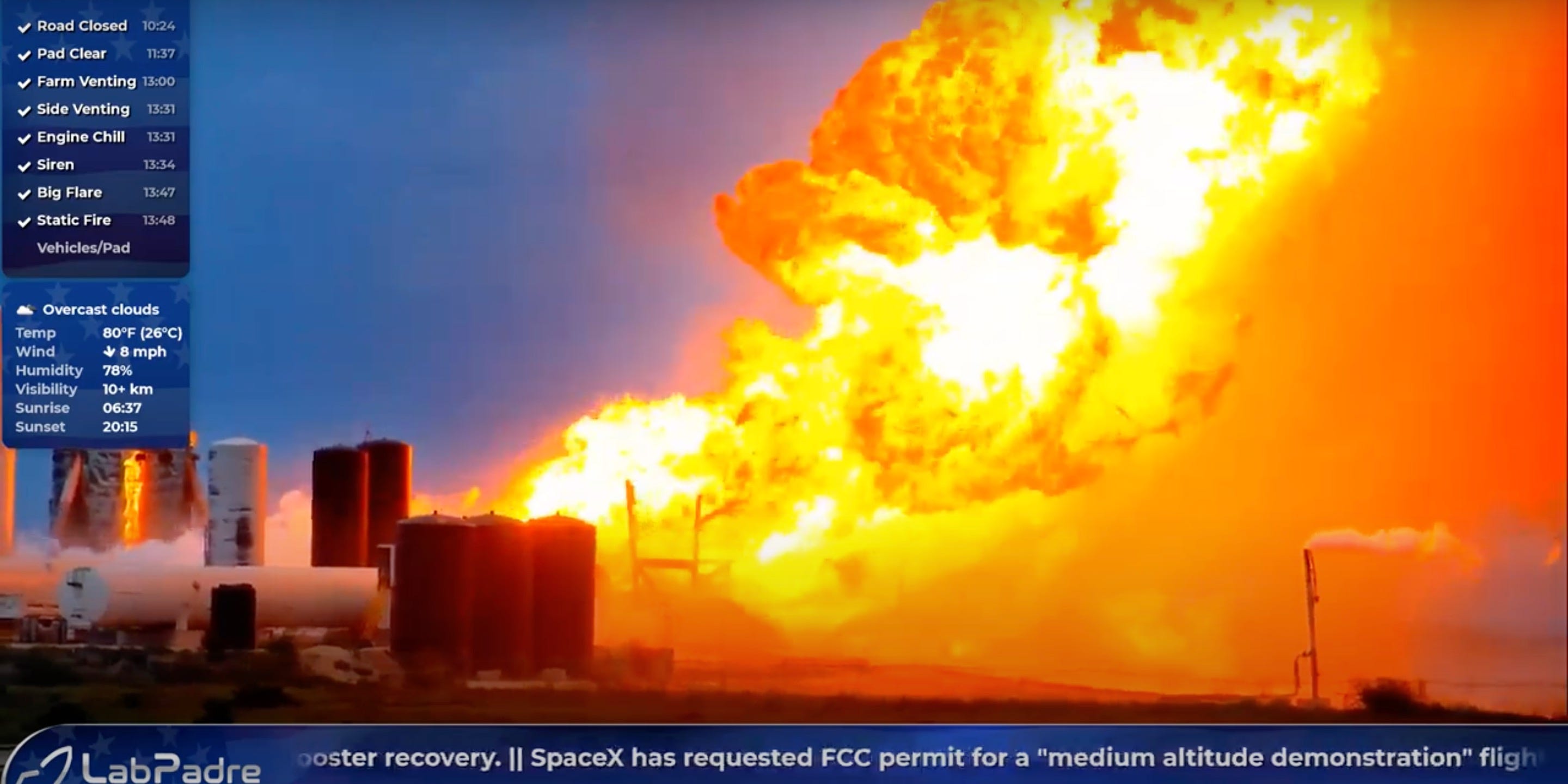 LabPadre/YouTubeSpaceX’s Starship SN4 prototype exploding after a static fire test on May 29.

Such a string of failures, however, is anything but unexpected, as SpaceX saw with the development of core technologies for its Falcon 9 system. Musk has also said the company may need to build about 20 large Starship prototypes before SpaceX can attempt to launch one into orbit.

Musk confirmed on June 4 that he still hoped to launch the first crew to Mars in a Starship vehicle in mid-2024 – ostensibly as the start of an effort to populate the red planet.

Though SpaceX is licensed to launch suborbital rockets from Boca Chica, the Border Report recently revealed that the company would face a new environmental analysis with the FAA before flying prototypes to orbit.

Business Insider requested details about the nature and timing of that assessment from the FAA on July 9, and an agency representative acknowledged receipt of our questions. The FAA, however, has yet to provide answers to the inquiries.