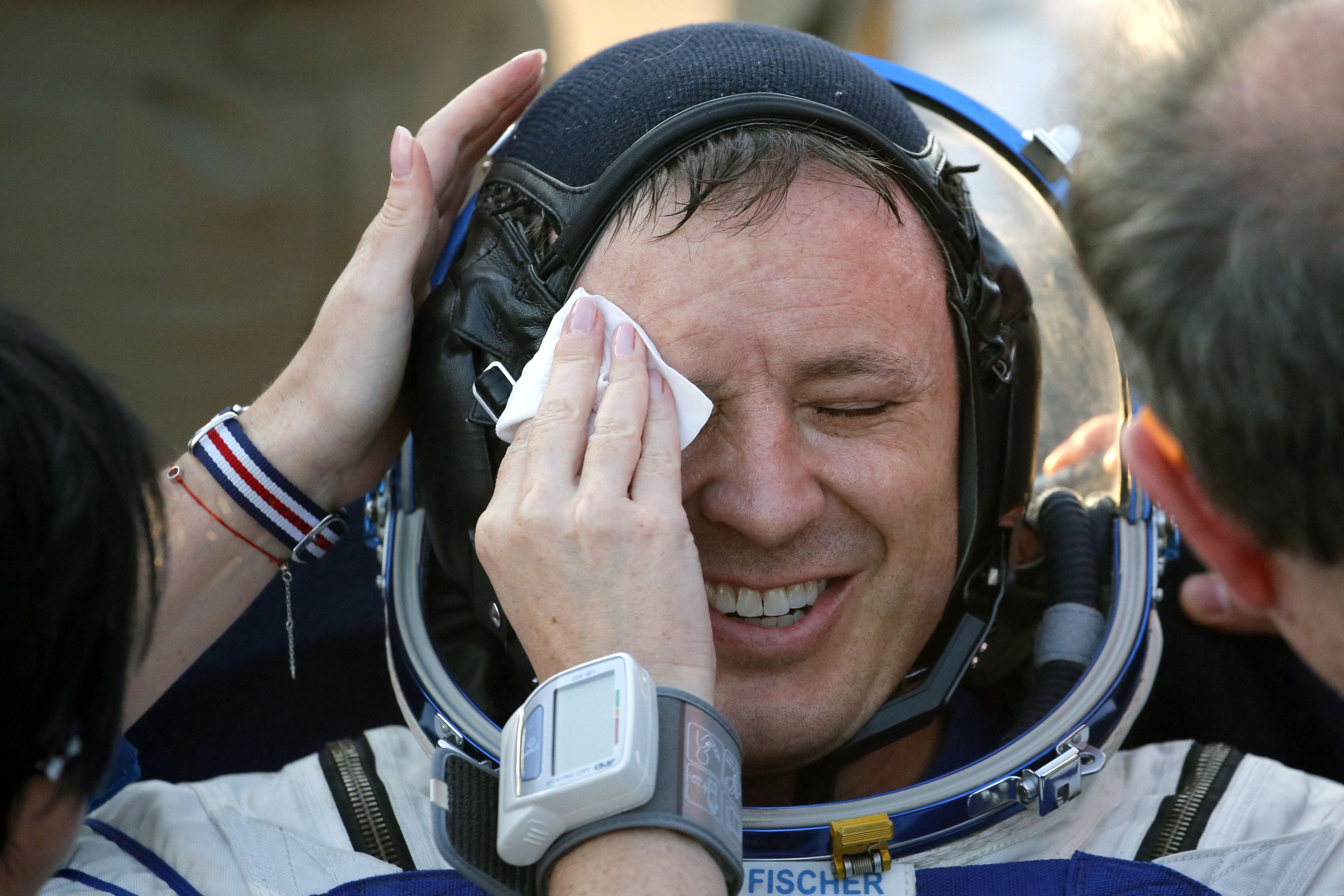 Sergei Ilnitsky/AFP/Getty ImagesUS astronaut Jack Fischer smiles as a NASA medical staff member wipes his face shortly after he landed back on Earth in a Russian Soyuz capsule in Kazakhstan, September 3, 2017.

Imagine you could throw the perfect bullseye, but you’d have to wear glasses to do it. That’s a trade-off some space travellers may unwittingly make when they venture off the planet.

A study published Friday examined the brains of eight male Russian cosmonauts roughly seven months after they returned from lengthy missions to the International Space Station. The researchers discovered minor changes in the cosmonauts’ brains that suggested the men were more dexterous but had slightly weaker vision.

The researchers used a type of MRI to produce 3D images of the cosmonauts’ brains. The scans showed an increased amount of tissue in the cerebellum: the part of the brain responsible for balance, coordination, and posture (shown in green in the video below). But the scans also showed that people living in space could wind up with trouble seeing up-close. Both of those changes could potentially be long-lasting.

Any human brain, whether it has been to space or not, can adapt to new environments and experiences. Many athletes, for instance,acquire specific motor skills directly related to their sport.

“If you were to do an MRI study where you compare normal people to athletes or people who really use motor skills like dart players, for example, you would hypothesize to find changes in the cerebellum,” Jillings said. “This is not just because they trained once and then it changes and goes back. It’s actually something that lasts in the brain.”

On average, the Russian cosmonauts in the study spent six months onboard the space station. Researchers expected to see temporary changes in the cosmonauts’ brains, but they were surprised to discover that the improved motor skills were still there several months after they’d returned to Earth.

“The difficulty with studying these cosmonauts is you don’t really have a reference â€” nothing on Earth that it really can be compared to,” Jillings said. “It’s possible that when they go to their next mission that they actually are able to adapt more quickly.”

Many previous studies have revealed that astronauts experience physical changes in microgravity, including muscle and bone loss. Astronauts and cosmonauts on the ISS typically exercise more than two hours a day to combat this process. They can also feel disoriented or motion-sick while their body adjusts to a weightless environment.

One important difference between life in space and on Earth is that our blood and bodily fluids normally move against the downward tug of gravity, whereas in space, astronauts’ bodily fluids shift upward.

The new study found that microgravity causes the brain to shift upward as well. This in turn redistributes the fluids in which the brain floats. 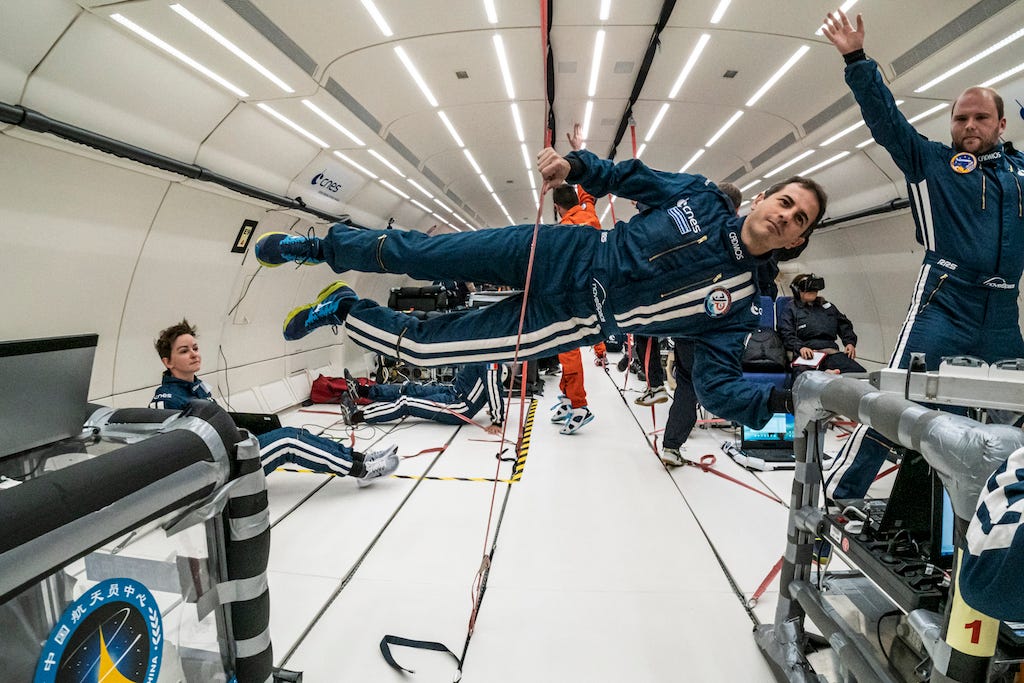 Jillings said his study found evidence that the fluid may pile up behind the eye, causing swelling. This could impair astronauts’ near vision, resulting in a condition called spaceflight-associated neuro-ocular syndrome.

A 2012 survey found the same effect among many NASA astronauts â€” up to 60% of those studied said they were seeing less clearly onboard the ISS. NASA even flies prescription glasses to space just in case an astronaut’s vision changes.

But Jillings said there’s still more to learn about this phenomenon, especially because not all astronauts or cosmonauts return to Earth with bad vision, and most astronauts studied only developed impaired vision in one eye. Some also recover their vision shortly after returning to Earth.

What’s more, many Russian cosmonauts have extremely sharp sight to begin with, so even after they complete a stint in space, their vision is still normal compared to the average person.

“The fact that we do see the small decrease probably means that there are some common effects across all people who spend six months in space,” Jillings said.

Scientists are still trying to determine the degree to which the impaired eyesight could be permanent. An April study from the University of Texas found that swelling in astronauts’ brains persisted one year after their return to Earth. But Jillings said there are no long-term follow-up studies to see how long the condition really lasts beyond that.

“There are not many studies looking into the brains of astronauts,” he said.

Overall, Jillings added, it’s good news that his study didn’t pick up on any serious health effects linked to space travel. Previous studies, by contrast, have suggested that radiation in space could lead to neurodegeneration, which might accelerate the development of Alzheimer’s disease among astronauts.

“We did not find any evidence of detrimental changes to the brain,” Jillings said. “It’s actually more of an adaptation.”