Since humans launched Sputnik 1 in 1957, we have polluted the once-empty space around Earth to the point that it is now becoming dangerous, according to former NASA scientist Donald Kessler.

“We’re at what we call a ‘critical density’ — where there are enough large objects in space that they will collide with one another and create small debris faster than it can be removed,” Kessler recently told Marketplace.

For nearly 20 years, Kessler (who was retired until very recently) lead NASA’s Orbital Debris Program Office, which keeps track of all the growing clutter around Earth.

He predicts that eventually, there will be so much space junk that leaving Earth to explore deep-space will be impossible. That includes sending satellites to distant stretches of the solar system, like Pluto, and manned-missions to Mars.

Something must be done, he says. So he’s come out of retirement to help find a solution.

So much space stuff

Right now, more than half a million pieces of man-made space junk orbiting Earth. And about 23,000 of those pieces are the size of a softball or larger.

This junk accumulates over time as defunct satellites are left in space and meteors, as well as other man-made space debris, slam into them, generating even more, smaller bits of junk.

After these collisions, the junk doesn’t simply go flying off into space. Instead, it is trapped by Earth’s gravity, and wraps like a belt around Earth, cluttering up our path to space.

While the size of this debris is an important factor, the speed at which it zips through space is what makes it so dangerous.

While the size of this debris is an important factor, the speed at which it zips through space is what makes it so dangerous.

At a distance of over 200 miles above Earth’s surface, objects move at about 17,500 miles per hour.

For comparison, that’s faster than a speeding bullet fired from an AK-47 assault rifle — which is about 1600 miles per hour.

Needless to say, if your spacecraft were hit with a softball-size scrap of metal travelling at 17,500 miles per hour, it could do some critical damage.

For example, in 2009, a retired Russian satellite collided with a US commercial satellite, and the results were catastrophic. The collision destroyed both satellites, adding over 2,000 pieces of space junk to that already-growing pile.

A solution won’t be easy

Collisions like these, together with the growing number of satellites we place into orbit, have brought us to the “critical density” that Kessler is so worried about.

Elon Musk, CEO of Tesla and SpaceX, has hopes to send 4,000 satellites into low-Earth orbit — where most of the space junk is located — to provide internet worldwide. But there’s one small problem: If Musk gets his wish, those satellites would only add to the problem.

While launching more satellites to space isn’t a great idea, it’s not the main problem. Most of the stuff we send up doesn’t come down, and it is those dead satellies that we need to focus on, Kessler said.

“The only way to [solve this problem] is to bring back the larger objects,” Kessler told Huffington Post in 2013. “If you want to stop this collision cascading process, you have to bring back satellites, and we don’t know how to do that.”

If we can’t figure out how to return large satellites to Earth, then Kessler says we’ll just have to start picking all the pieces up one-by-one — while travelling at 17,500 mph.

It won’t be an easy task. 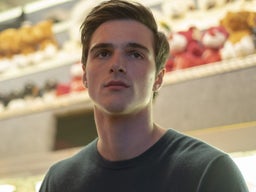 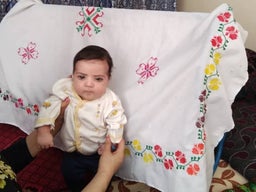