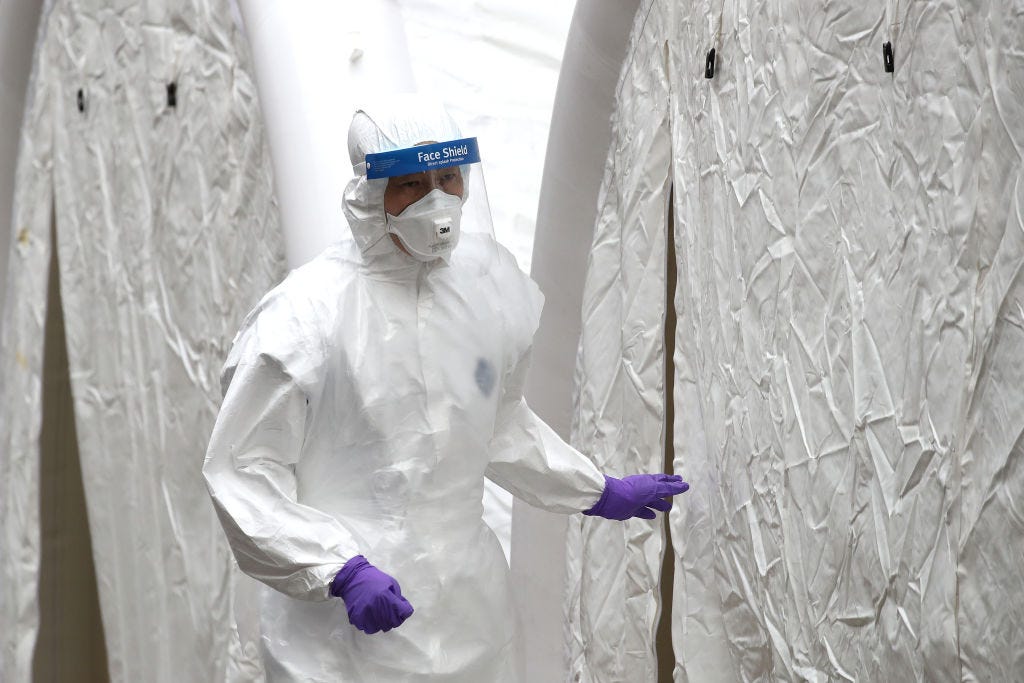 A senior health official in Daegu – the city that lies at the centre of South Korea’s coronavirus outbreak – confessed to being a follower of a controversial doomsday church cult after testing positive for the virus.

The unnamed official leads the Infection Preventive Medicine Department in the city that is home to 681 of the 833 COVID-19 cases in the country, the South China Morning Post reported. Over 450 of those Daegu residents have been found to be members of the Temple of the Tabernacle of the Testimony, a fringe religious sect that belongs to the Shincheonji Church of Jesus.

Authorities worry that the toll in Daegu is likely to increase because the official, who is in charge of the local battle against the deadly illness, only came forward and admitted that he belonged to Shincheonji after he was already sick. This delay forced officials to quarantine 50 more health officials in their homes as a precaution, the Post said.

And he is not alone.

A Daegu police officer and a teacher at an elementary school near the city revealed themselves as believers after being diagnosed with coronavirus, according to the Post.

Shincheonji Church of Jesus was established in 1984 by Lee Man-hee and counts nearly 250,000 South Koreans among its ranks. Claiming to be the second coming of Jesus Christ, Lee touts the ability to take 144,000 people to heaven with him on Judgment Day, the Guardian said.

The Korea Centres for Disease Control and Prevention believes a 61-year-old woman, who tested positive for the coronavirus, triggered a “super-spreader” event at the “same Korean cult.” She was the country’s 31st patient. Officials say she didn’t get tested for COVID-19 since she mistook her symptoms for the common cold as she hadn’t left South Korea recently and believed she couldn’t have contracted the virus.

Officials ordered nearly 1,000 churchgoers who came in contact with the woman at prayer services to isolate themselves at home. Since then the city government also shut down the Temple’s 163 facilities in Daegu and Seoul Mayor Park Won-soon criticised Shincheonji for “playing a key role” in spreading the illness, according to the Post.

Church leaders are working with authorities and have shared a list of 9,600 believers in Daegu. That entire group has been quarantined in their homes, irrespective of whether they’re presenting COVID-19 symptoms. All its members across South Korea have been asked to stay home and the addresses of some 1,100 facilities have also been provided to officials, the Post said. Associated PressIn this Feb. 14, 2020, photo, a woman wearing a face mask walks on a almost empty street at the Chinatown in Incheon, South Korea.

For its part, the Temple issued a statement asking critics to stop hurling “hatred and groundless accusations at them,” since its members, like others who have been sickened, were “victims of the disease which originated in China and was transmitted to this country.”

But people say that the information provided by Shincheonji doesn’t include its “bible study rooms” and “undercover churches,” where people sit so closely packed together that they can rub shoulders with one another while praying.

South Korean President Moon Jae-in said the emergence of so many coronavirus cases centered on the church had led to a “completely new situation” in the nation’s fight to control the spread of the disease, the Post reported.

Officials have faced backlash for not enforcing more stringent restrictions and only stopping travellers from Hubei province in China from entering South Korea. This could have enabled people who picked up the infection elsewhere to enter the country without any hassle.

“It is like claiming that the gatekeeping is being done well without knowing that your back door is still left open,” Dr. Lee Hoanjong, a professor at Seoul National University Children’s Hospital, told the Post.

“Medical staff and health infrastructure in Daegu are now being stretched to a breaking point. If we have another Daegu in this country, I can’t imagine what would happen.”