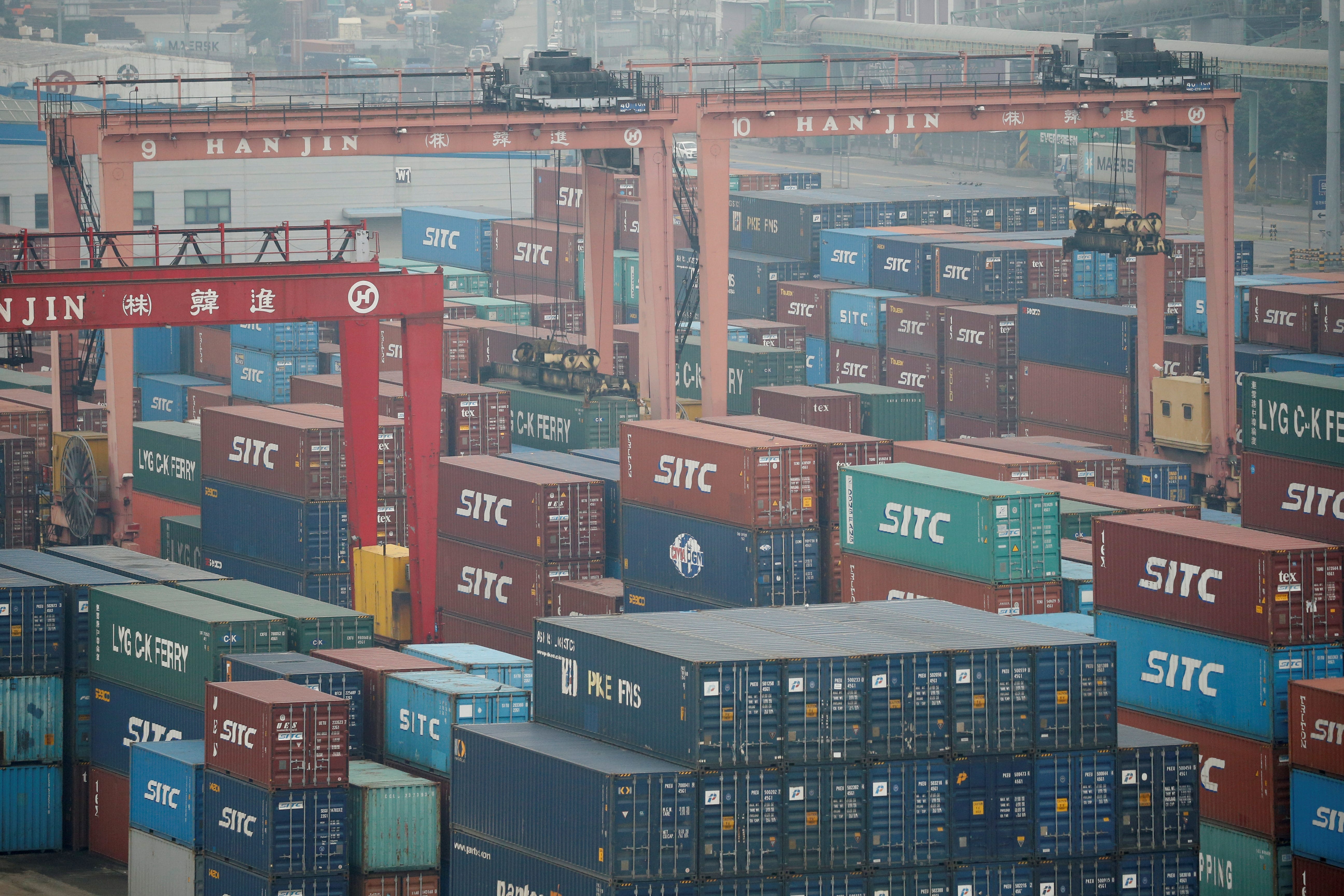 South Korean exports in April dropped at their sharpest rate since the 2009 global financial crisis, with shipments to all regions falling as the coronavirus pandemic crippled trade and caused an immense blow to demand for goods.

Asia’s fourth-largest economy saw exports fall 24.3% in April to $US36.9 billion compared with the same period a year ago, the country’s trade ministry announced Friday.

The economy’s exports dropped only 0.2% in March and had risen 4.5% in February.

The bleak numbers reflect a downward spiral for the South Korean economy during the pandemic. South Korean export data is routinely likened to a canary in a coal mine among major economies that release data on trade.

That’s because the numbers are usually released before the first trading session of the month in Asia, which makes it the first of the world’s major economic indicators to be dropped each month.

Its exports are also heavily exposed to China and Japan, the world’s second-and third-largest economies, giving it strong predictive power for global demand.

South Korea’s trade ministry attributed the sharp drop in exports to a 15% fall in prices of goods and services. Daily average export volume fell only 2.9%, considering a variation in the number of working days.

In 2019, the country shipped products worth $US542 billion around the globe, roughly 2.8% of overall global exports estimated at $US19 trillion for 2018. REUTERS/Jo Yong-HakA worker near a crane at a container port in Incheon in 2009.

A breakdown of the ministry’s data showed that outbound sales to the Association of Southeast Asian Nations fell 32.9% to $US5.7 billion because of its top income earners including semiconductors, general machinery, displays, and petroleum products.

Petrochemical exports fell 33.6% to $US2.6 billion as a direct consequence of falling oil prices and shutdowns in the automobile and home-appliance industries.