South Korea reported that 51 coronavirus patients' infections went away then 'reactivated.' But it's unlikely the virus has a dormancy period. 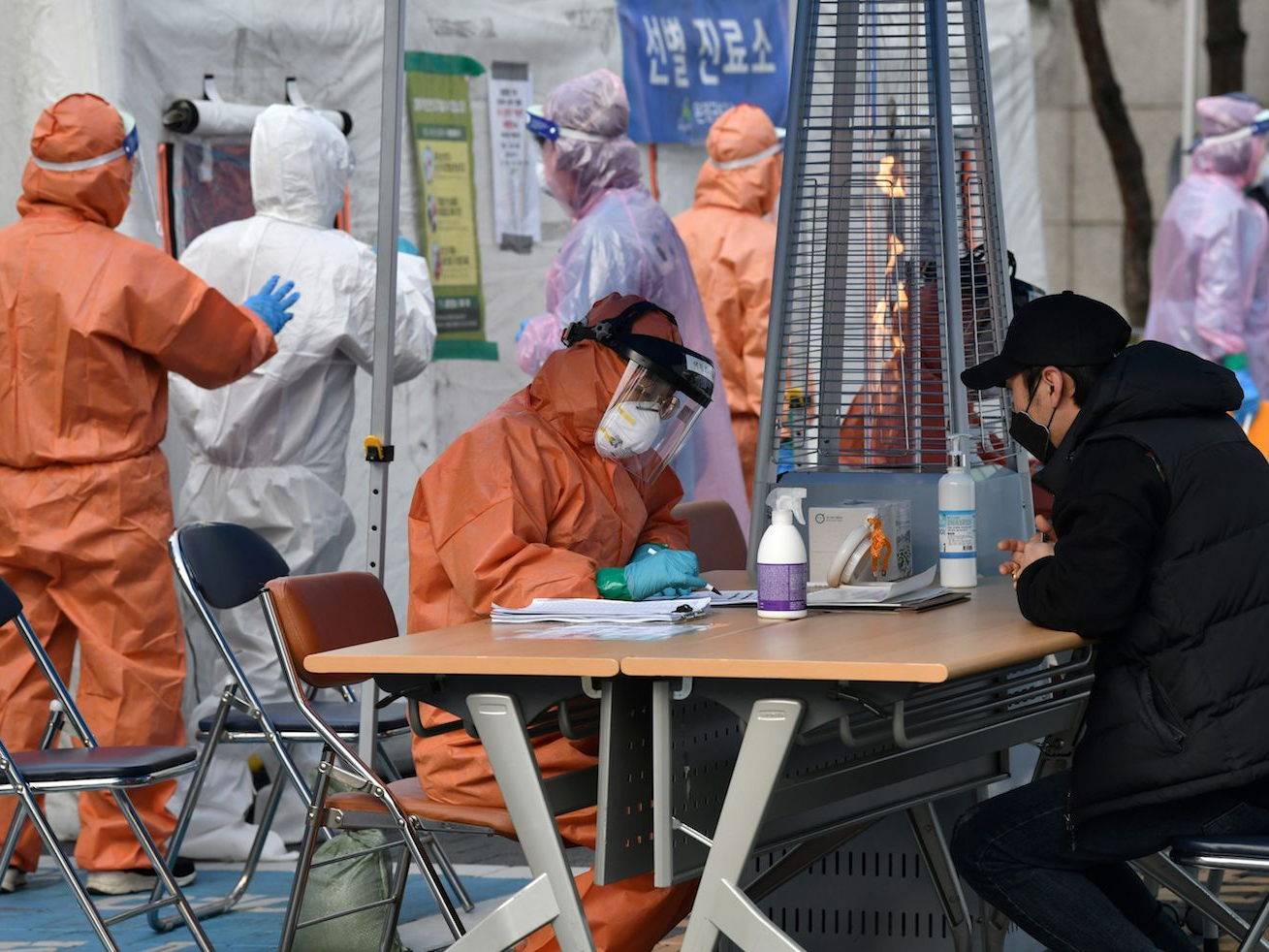 South Korea reported this week that 51 patients who had recovered from the coronavirus and tested negative later tested positive again.

Jeong Eun-kyeong, director-general of the Korea Centres for Disease Control and Prevention, said in a briefing on Monday that the virus may have “reactivated” in those patients after going dormant. He said tests were conducted within a “relatively short time” after the patients were cleared, so it’s unlikely they got reinfected.

“While we are putting more weight on reactivation as the possible cause, we are conducting a comprehensive study on this,” Jeong said. “There have been many cases when a patient during treatment will test negative one day and positive another.”

Most experts think it’s unlikely that the virus reactivates after a “dormancy” period. Only a few types of viruses do that – it’s sometimes called going latent – as part of their life cycles inside a cell. HIV and herpes are two examples.

It’s more likely that the people in South Korea still had fragments of the coronavirus in their bodies after they recovered. Such fragments don’t mean the patients are still infectious or sick, but they can still show up in a nucleic acid test, Dr. Keiji Fukuda, director of Hong Kong University’s School of Public Health, told the Los Angeles Times last month.

“The test may be positive, but the infection is not there,” Fukuda said.

Over 315,000 people worldwide have recovered from the coronavirus (likely more, given that many mild and asymptomatic cases are not reported in official counts). Generally, once your body has antibodies to fight off a particular disease, you can’t get it again.

Dr. Anthony Fauci discussed coronavirus immunity during livestreamed conversation with Journal of the American Medical Association editor Howard Bauchner on Wednesday. Fauci said it’s unlikely that people can get the coronavirus more than once – at least within a short time period.

“If a person gets infected with coronavirus A, and then gets reinfected with a coronavirus, it may be coronavirus B,” Fauci said. “But right now, we don’t think that this is mutating to the point of being very different.” With viruses that mutate – such as the common cold or seasonal flu – antibodies people build up against one strain aren’t effective against others. Plus, some types of antibodies weaken over time.

Viruses that cause persistent infections, meanwhile, can have latency periods and reactivate as part of their life cycles. After an initial infection, these viruses stay inside of host cells, neither replicating nor shedding until they’re reactivated. Chickenpox, for example, usually occurs in children but can reactivate in adults as shingles.

The outbreak in South Korea

The Korean CDC is conducting an epidemiological probe into the patients who retested positive.

“There have been many cases when a patient during treatment will test negative one day and positive another,” Jeong said. 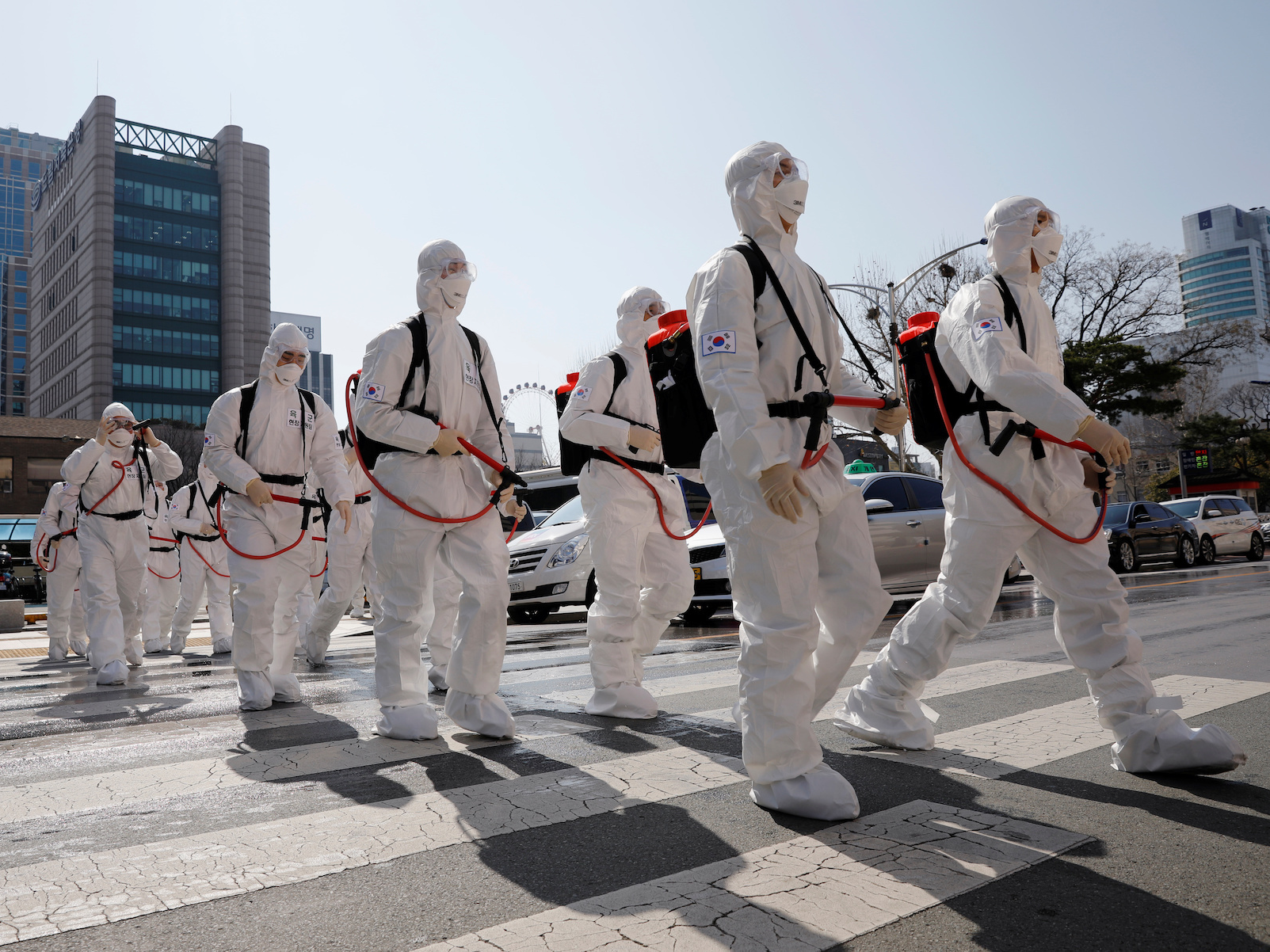 REUTERS/Kim Kyung-HoonSouth Korean soldiers wearing protective gear walk on a street in front of Daegu’s city hall after a rapid rise in cases of the coronavirus, March 2, 2020.

However, false negatives and false positives are possible .

South Korea had one of the earliest large-scale outbreaks of COVID-19 outside of China. But it peaked at the end of February, thanks in part to the country’s wide-scale testing and digital contact tracing.

It has only seen roughly 200 deaths and 10,400 cases in total, with a relatively small number of new infections per day over the last month.