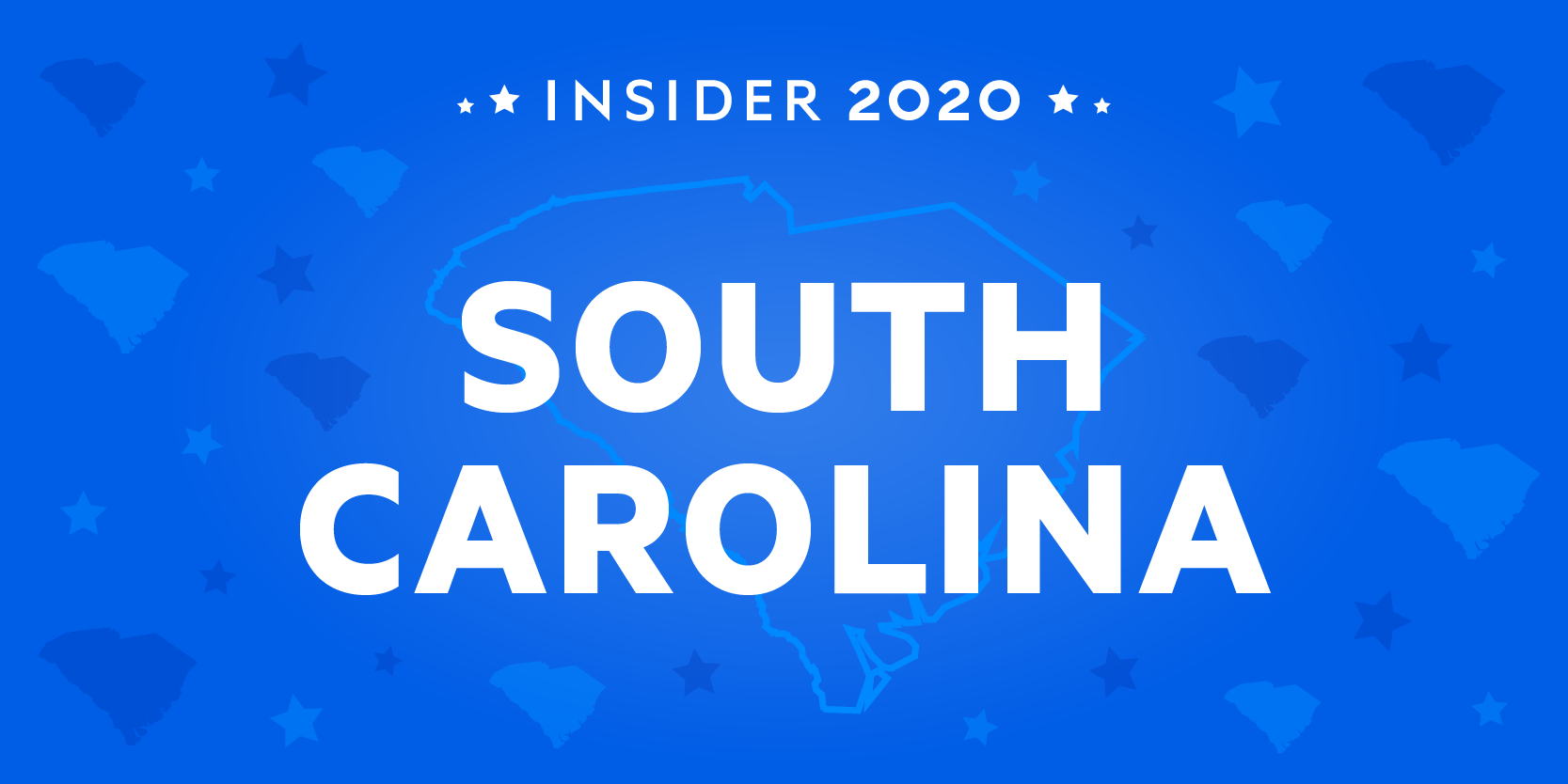 We called the race for Biden shortly after polls closed – follow along live results here.

Decision Desk HQ estimates that Biden will pick up at least 45 of South Carolina’s 54 pledged delegates based on the results so far with Sen. Bernie Sanders earning at least 12.

South Carolina accounts for 54 delegates, or a relatively small share of just 1.4% of all the pledged delegates allocated throughout the nomination process. But the primary holds disproportionate status in the Democratic nomination process as the first state with a predominately African-American electorate to vote. 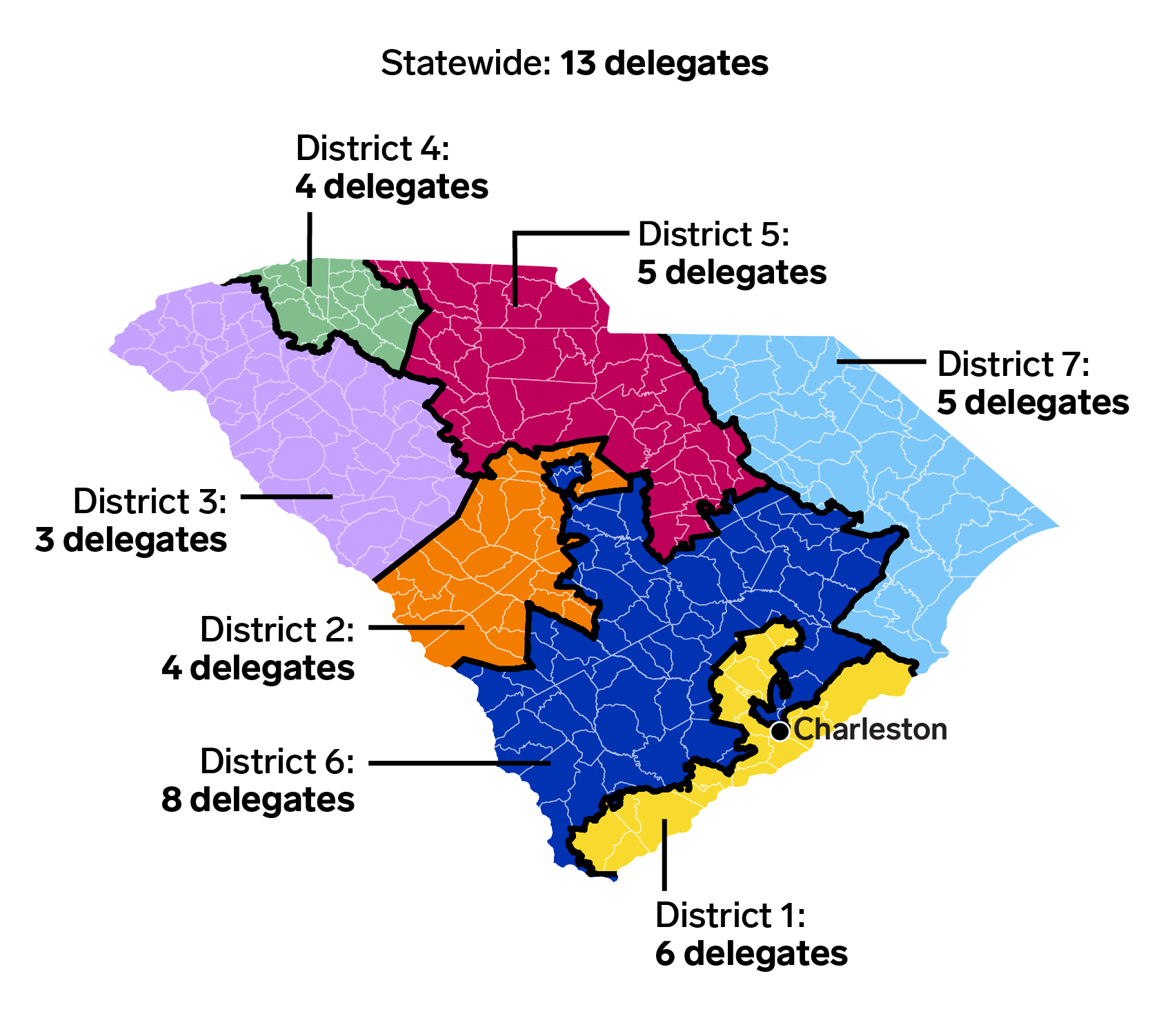 Like in most other states, candidates must break 15% of the vote in a given congressional district or voting area in South Carolina to win any delegates at all.

So far, only Sanders, former Vice President Joe Biden, and Tom Steyer have consistently polled above or near the statewide delegate threshold, but other candidates still have a shot at picking up district-level delegates.

As the last contest before Super Tuesday on March 3, during which fifteen states and territories will vote to allocate 35% of all the delegates to the convention, South Carolina will be a crucial test for all non-Sanders candidates to prove their campaigns are viable.

For most of the 2020 primary cycle, Biden has topped the polls by a huge margin in South Carolina due to his significant lead among African-American voters, who make up about 60% of the Democratic electorate in the state.

Biden successfully appealed to black voters by tapping into their strong desire to defeat Trump, positioning himself as the most likely to defeat the president in a general election. The problem with the strategy, however, is that betting a candidacy on electability actually requires winning elections.

Biden’s electability case took a serious hit in the first three contests, where he came in fourth in Iowa, fifth in New Hampshire, and second place far behind Sanders in Nevada, a diverse state with a strong working-class base that Biden hoped would deliver a much-needed victory for his campaign.

Amid his losses in Iowa and New Hampshire, Biden has been haemorrhaging support among black voters to Sanders and billionaire former Mayor Mike Bloomberg. While Bloomberg isn’t on the ballot in South Carolina, he’s poured half a billion dollars into TV, radio, and digital ads, many of which explicitly target black voters in key Super Tuesday states, and shot up in the polls within in a matter of months as a result.

In the Quinnipiac national poll conducted in early December, for example, Biden held 51% of black voters’ support compared to 13% for Sanders and 0% for Bloomberg. But in the latest Quinnipiac national poll released on February 10, Biden’s support among black voters plummeted to 27%, with Bloomberg’s support rising to 22% compared to 19% for Sanders.

The day before the South Carolina primary, Biden polled at 37% on average compared to 18% for Sanders, 13% for Steyer, 8% for former Mayor Pete Buttigieg, 7% for Sen. Elizabeth Warren, and 4% for Sen. Amy Klobuchar in FiveThirtyEight’s tracker of South Carolina polls.

In an NBC/Marist College poll of South Carolina registered voters conducted February 18-21, Biden also leads among African-American voters with 32% supporting him compared to 22% for Sanders, 13% for Steyer, and 13% undecided with all other candidates in single-digits.

Squeezed on both sides by Bloomberg’s astronomical campaign spending and Sanders’ highly effective organising in communities of colour combined with momentum from three victories so far, Biden’s performance in South Carolina will either make or break his campaign.

A strong victory will allow him to justify staying in through Super Tuesday, but a loss to Sanders in four states in a row with markedly different electorates would all-but-obliterate his electability case.

In the days leading up to the primary, Biden got a last-minute boost with the powerful endorsement of House Majority Whip Rep. Jim Clyburn, the most senior black lawmaker in the House and most influential Democratic politician in South Carolina.

All of the important primary, convention, and debate dates you need to know for the 2020 presidential election