After decades of appearances in video games, cartoons, plush figurines, and all other manner of merchandising, Sonic the Hedgehog finally has his own live-action film.

That film – titled “Sonic the Hedgehog” – debuted on February 14, and has gone on to great success at the box office: It had the biggest debut for any video game-based movie ever. But it almost completely flopped.

“Sonic” was originally scheduled to debut last November. When the first trailer for it landed, the reaction was strong to say the least. Strongly negative, that is.

The issue mostly centered on the look of Sonic:

Paramount/SegaHorrifying! Why does he have teeth?!

After years of cartoon depictions of the speedy blue hedgehog, the pseudo-real version of Sonic had some people freaking out. So much so, in fact, that the film’s director vowed to change the look of Sonic ahead of the movie’s release.

“You aren’t happy with the design, and you want changes. It’s going to happen,” director Jeff Fowler wrote on Twitter. Moreover, the movie was delayed to re-work Sonic’s look – untold millions were lavished on a major re-do of the film’s visual effects. His eyes were made larger, and his features were rounded.

Here’s the much, much less weird-looking Sonic seen in the movie: 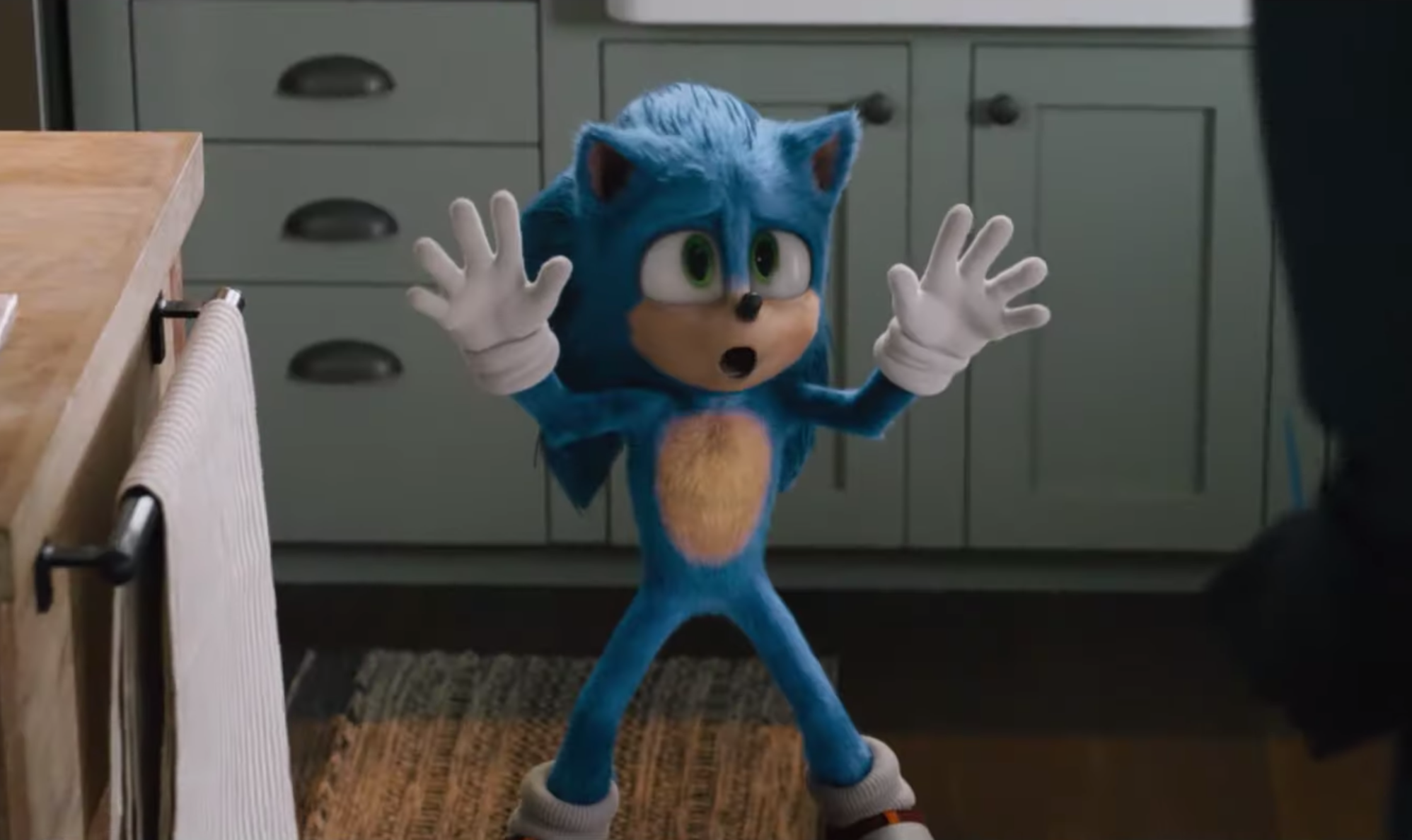 That difference was critical, it turns out: The final version of Sonic is far cuter and furrier than the previous one. Instead of a humanoid Sonic, the movie has a version far closer to the rounded, animal-like Sonic we know from the original Sega Genesis game (and his many video game depictions since).

Take a look at the launch trailer for “Sonic the Hedgehog” right here: