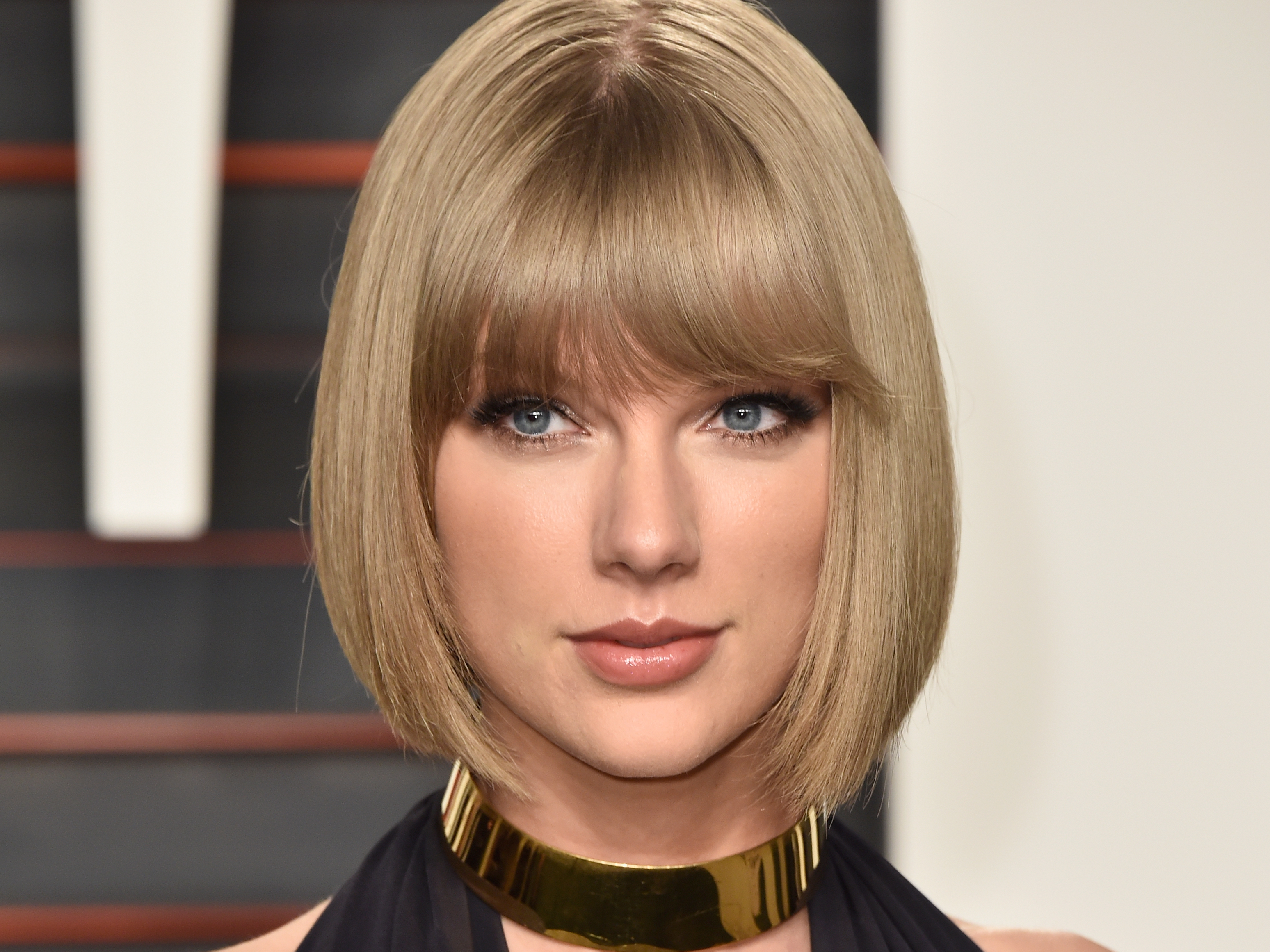 Taylor Swift has come a long way since releasing her first self-titled album in 2006.

Her music, which varies in genre, resonates with many. But over the years, she’s released many hits that no one knew were hers because she wasn’t the main artist performing them.

Keep scrolling for some songs you may have never realised Swift wrote.

Swift wrote “Better Man” and sent it to the band Little Big Town. 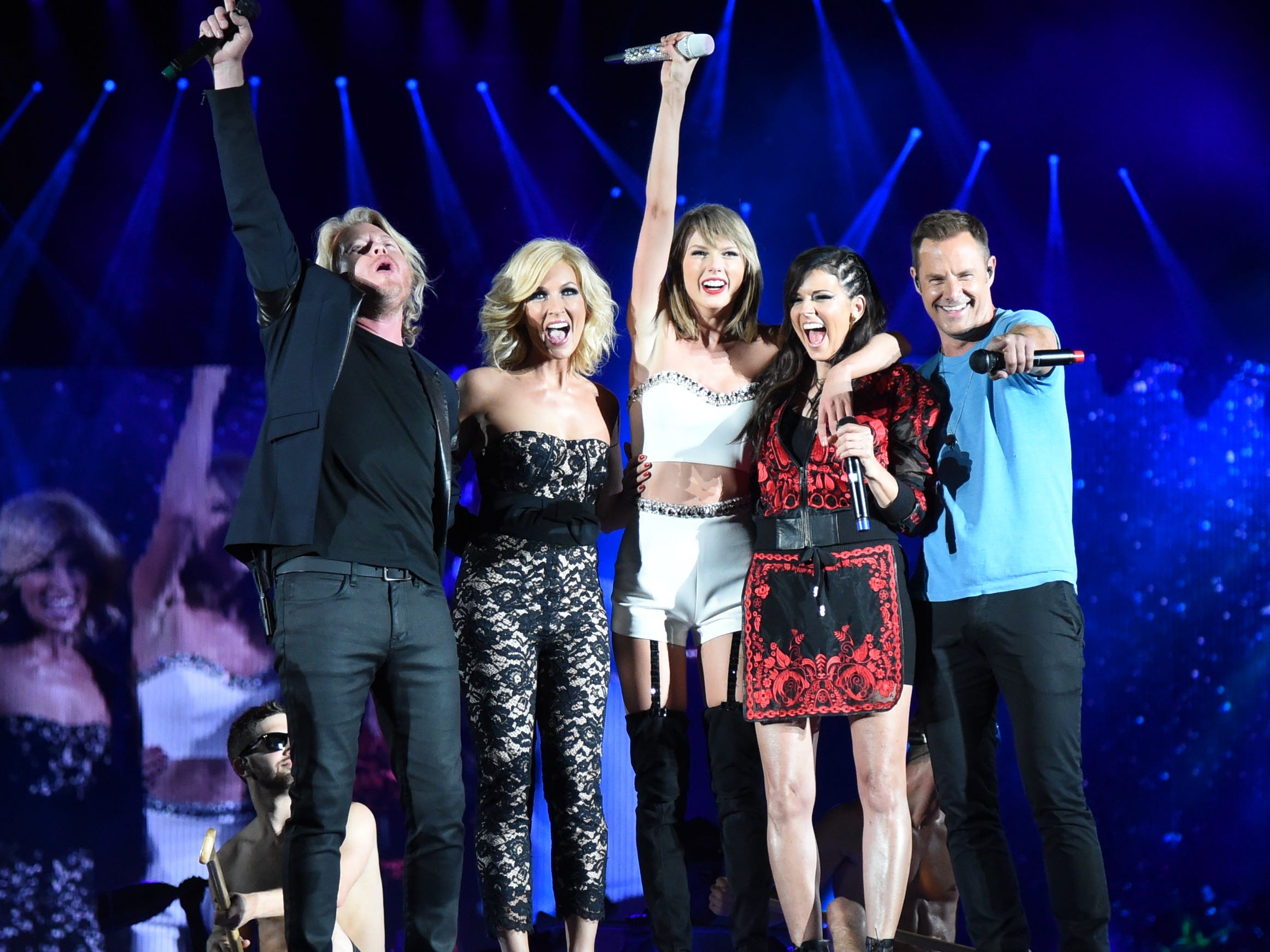 In October of 2016, country band Little Big Town released their hit single “Better Man,” the first preview of their upcoming album “Breaker.” The song went on to garner critical acclaim, evening winning song of the year at the 2017 Country Music Awards.

The song was originally written by Swift.

Kimberly Schlapman, one of Little Big Town’s four members, told Taste of Country in 2016, “She sent us the song … We were like, ‘Wow! Taylor sent us a song. She’s one of the best songwriters ever.'”

According to Schlapman, Swift thought the song would be great for the country group because of their four-part harmonies.

Jimi Westbrook, another Little Big Town member, also told Taste of Country, “That chorus … from the first time I heard it, I fell in love with it … It’s so built for our harmonies, and that’s probably why, maybe, she thought of us.”

Miley Cyrus’ “You’ll Always Find Your Way Back Home” was written by Swift. Alberto E. Rodriguez/Getty ImagesMiley Cyrus and Taylor Swift at the premiere of ‘Hannah Montana: The Movie.’

Swift may not have had her own show on Disney Channel, but her music served as a fan-favourite tune for “Hannah Montana: The Movie” (2009).

According to the American Society of Composers, Authors, and Publishers, or ASCAP, Swift penned the song “You’ll Always Find Your Way Back Home,” performed by Miley Cyrus/Hannah Montana in the film.

Swift also made a cameo in the film and sang her song “Crazier.”

“Best Days of Your Life” was cowritten by Kellie Pickler and Swift. Swift and Kellie Pickler collaborated a few years back and cowrote the song “Best Days of Your Life.”

Pickler told The Boot, “Taylor Swift and I actually wrote this song together while we were on tour with Brad Paisley. I had went through a really bad breakup a while back, so we wrote the song about the relationship that went sour.”

She added, “It’s so funny, because Taylor always says that she has the ‘Picture [to Burn]’ song, and Carrie Underwood has ‘Before He Cheats’ … and now ‘Best Days of Your Life’ – that’s my kiss-off song!”

Swift also helped to write the song “Babe” for Sugarland. 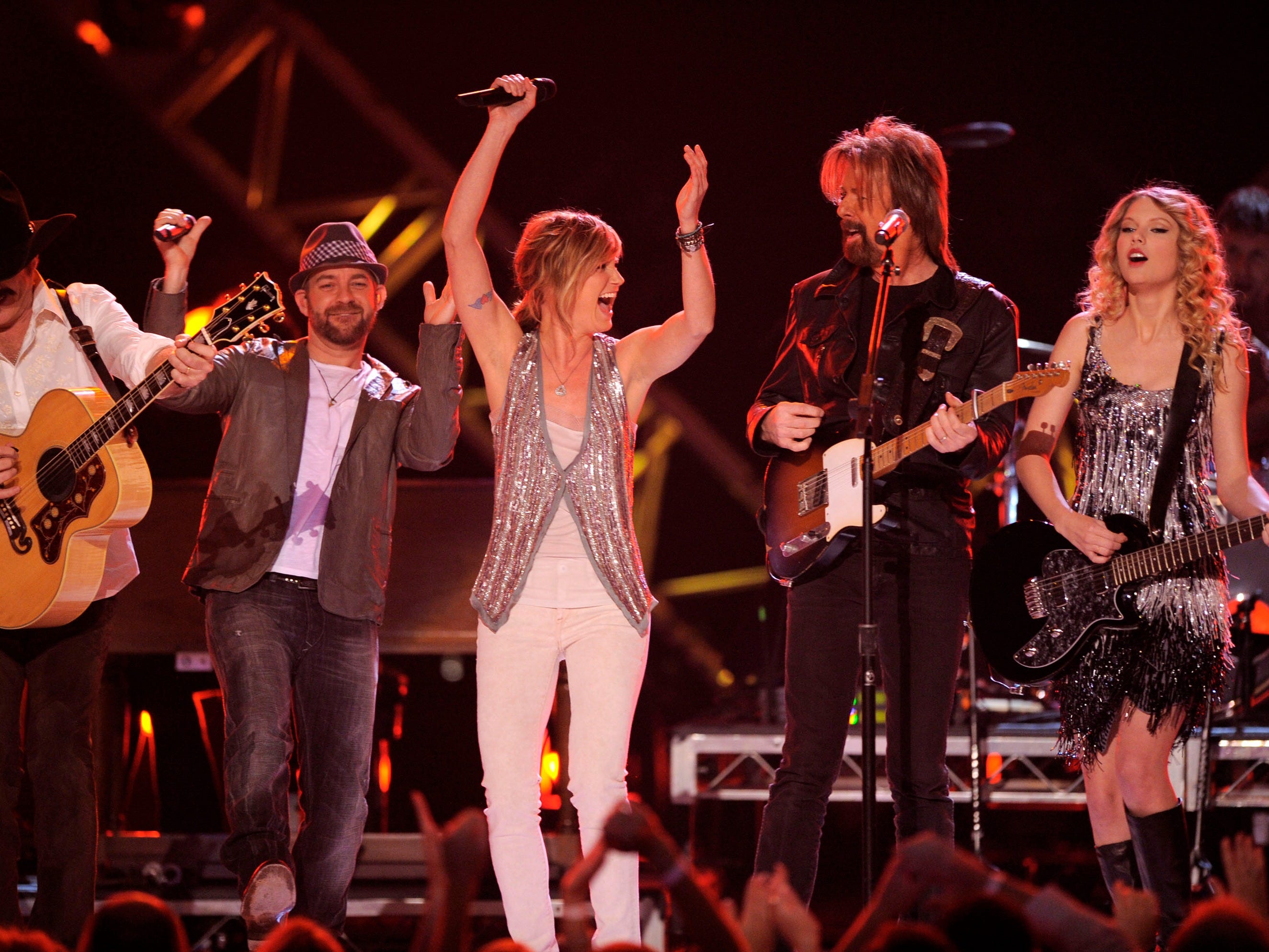 Swift worked with Train’s Pat Monahan to cowrite the song “Babe” for the country band Sugarland.

Sugarland band member Jennifer Nettles told Billboard in 2018, “[Taylor] reached out. We [have] obviously known each other for many years. When she was first getting started we had just had our first little EP out, called ‘Premium Quality Tunes.'”

Swift is also featured on the track and in the song’s music video.

Swift collaborated with her then-boyfriend Calvin Harris to write “This Is What You Came For.” Chris Pizzello/Invision/APCalvin Harris and Taylor Swift dated in 2015 and broke up in 2016.

Swift hasn’t just written country music – she also contributed to the hit single “This Is What You Came For,” performed by Calvin Harris and featuring Rihanna.

At first, fans were unsure whether or not Swift had actually written the song.

In July 2017, TMZ reported that Harris and Swift “both knew the song would be a hit, but Taylor wrote it for Calvin and both agreed it was a bad idea to let the world know they collaborated as a couple … it would overshadow the song.”

Eventually, a representative for Swift confirmed with People that Swift wrote the song, stating, “Taylor Swift wrote ‘This Is What You Came For’ under the pseudonym Nils Sjoberg.”

She cowrote and performed on “Both of Us” with B.o.B. 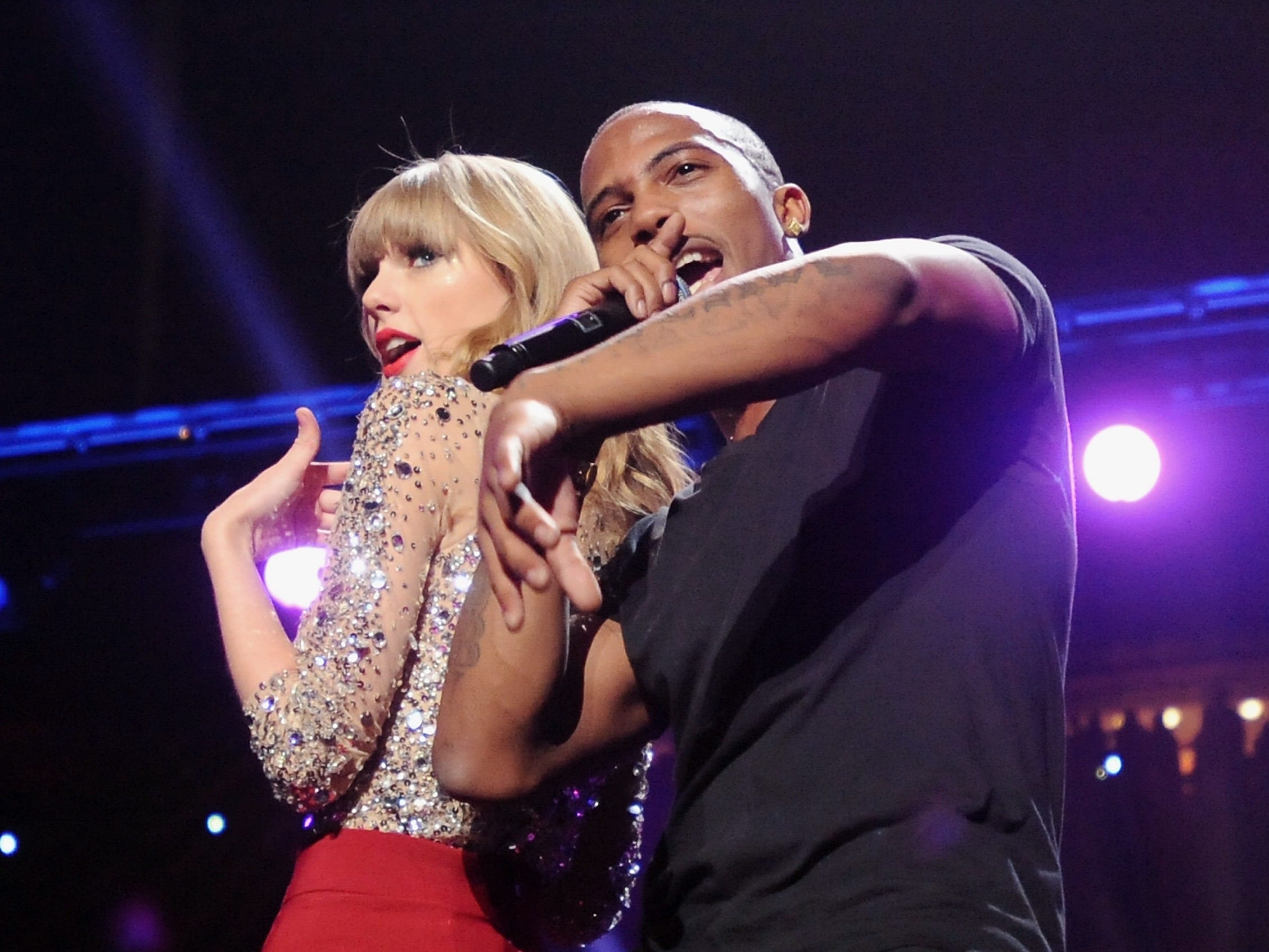 Evan Agostini/Invision/APTaylor Swift and B.o.B. performed together at Jingle Ball in 2012.

In 2012, Swift pushed even more genre boundaries and collaborated with rapper B.o.B. to release “Both of Us.”

Per Hip Hop DX, B.o.B. told B96’s Julian On The Radio that his collaboration with Swift “happened naturally.”

He continued, “It wasn’t like the label was like, ‘We need to get a Taylor Swift feature.’ It was really like she hit me up and invited me to come on her set, and I couldn’t make it because I wasn’t in Atlanta at the time, but she actually arranged for me to come to Dallas and she brought me out and I played her the song, she liked it and it naturally happened.”

Swift helped to write Boys Like Girls’ hit song “Two Is Better Than One.” 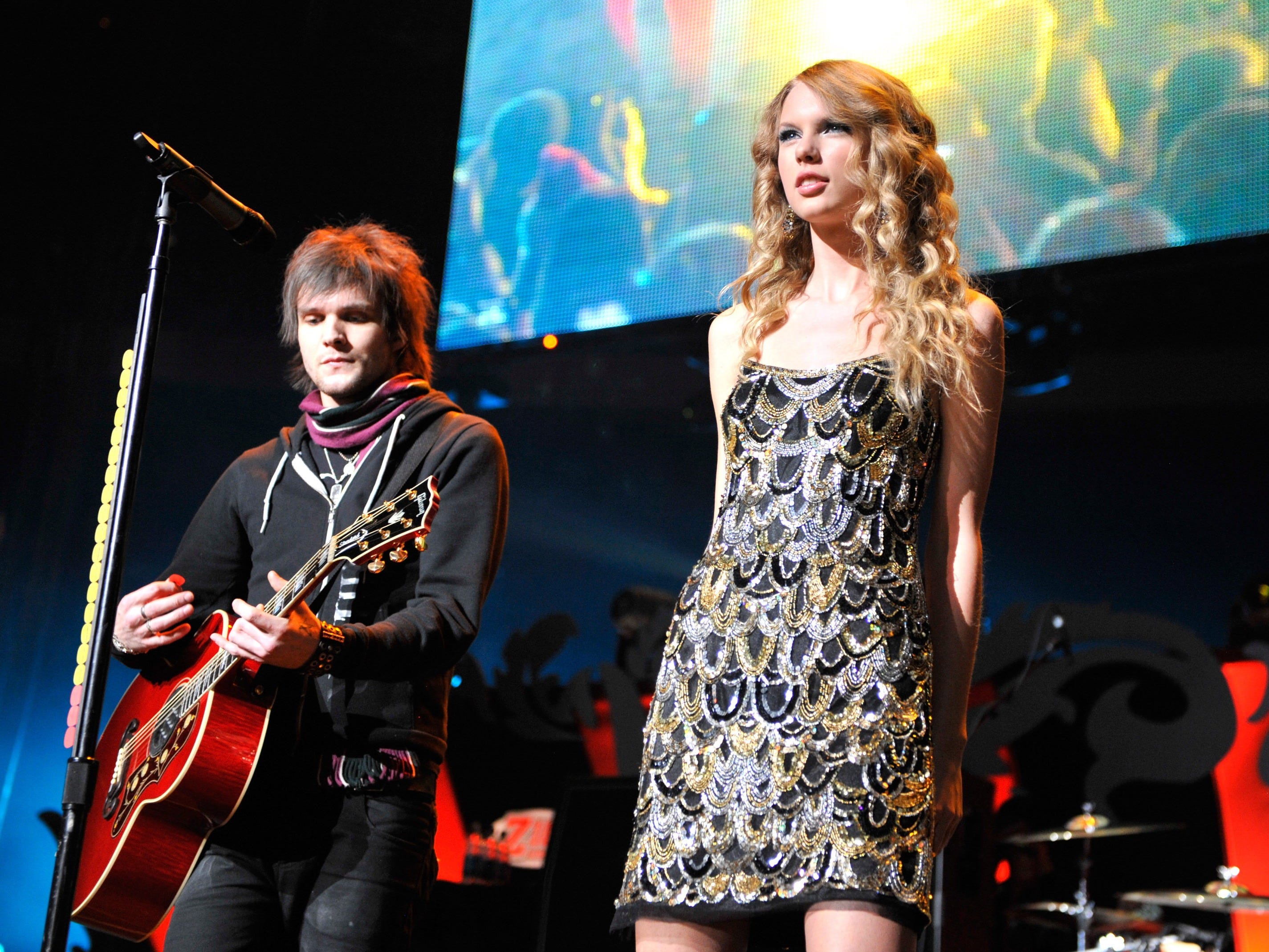 Rock band Boys Like Girls got the chance to collaborate with Swift for their 2009 release “Two Is Better Than One.” And she was prominently featured on the track.

According to Billboard, the song helped to boost the band’s already-successful summer and to display their “softer side.”

Swift cowrote “Safe and Sound” with The Civil Wars for “The Hunger Games” soundtrack. 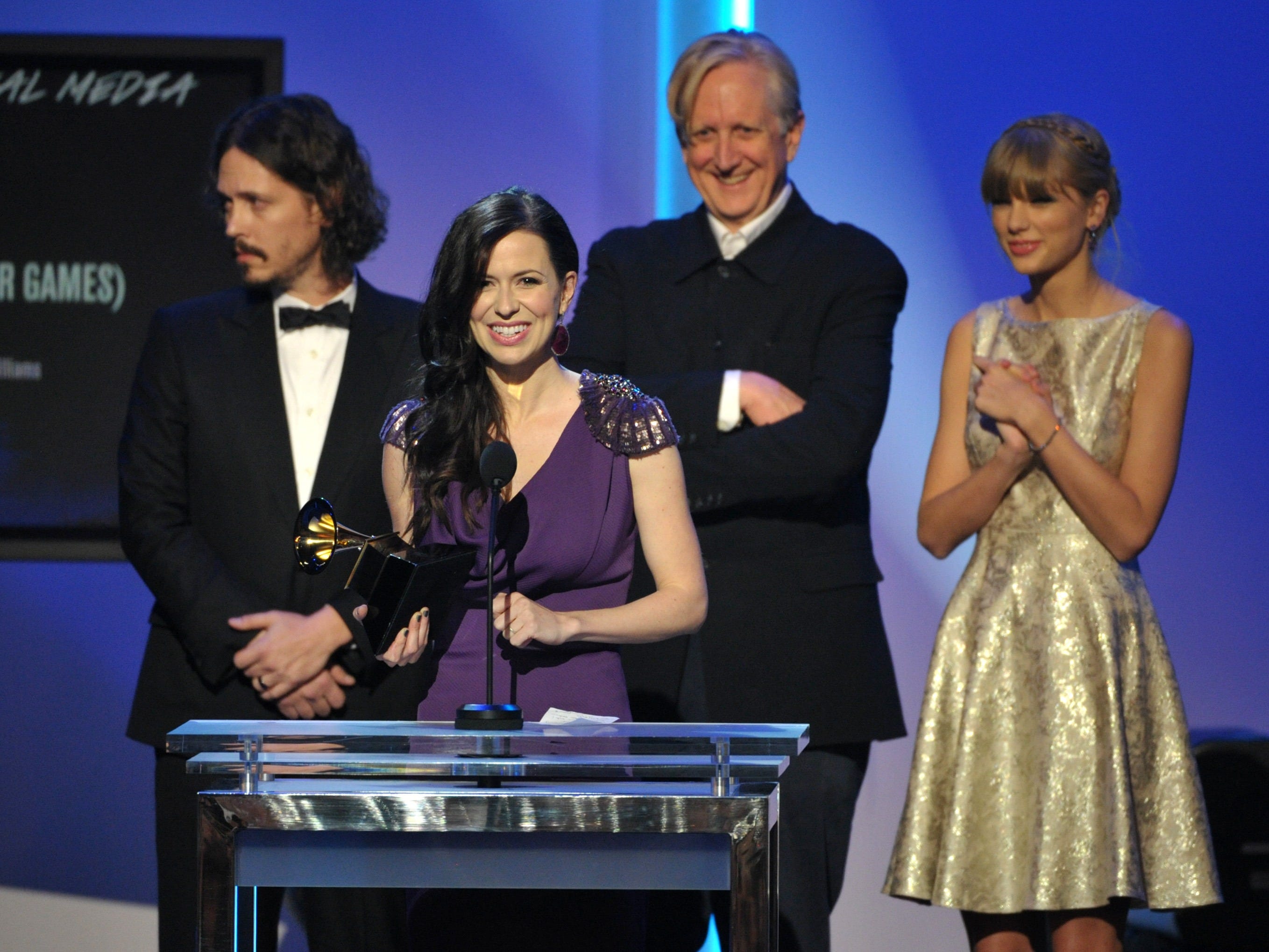 Some fans might be familiar with Swift’s contributions to “The Hunger Games” soundtrack, but if you’re not also a fan of the franchise they might have slipped past you.

Swift cowrote “Safe and Sound” with The Civil Wars, and she told MTV in 2012 that the song “just ended up so organically coming together.”

She continued, “We wrote this song and recorded it one day. When we got the track back, I was so surprised by the restraint. He created this ethereal sound without making it this big battle anthem.”

The group ended up winning a Grammy in 2013 for “Safe and Sound.”

Swift starred in the movie adaptation of “Cats” (2019), but she also cowrote the film’s original song with Andrew Lloyd Webber. 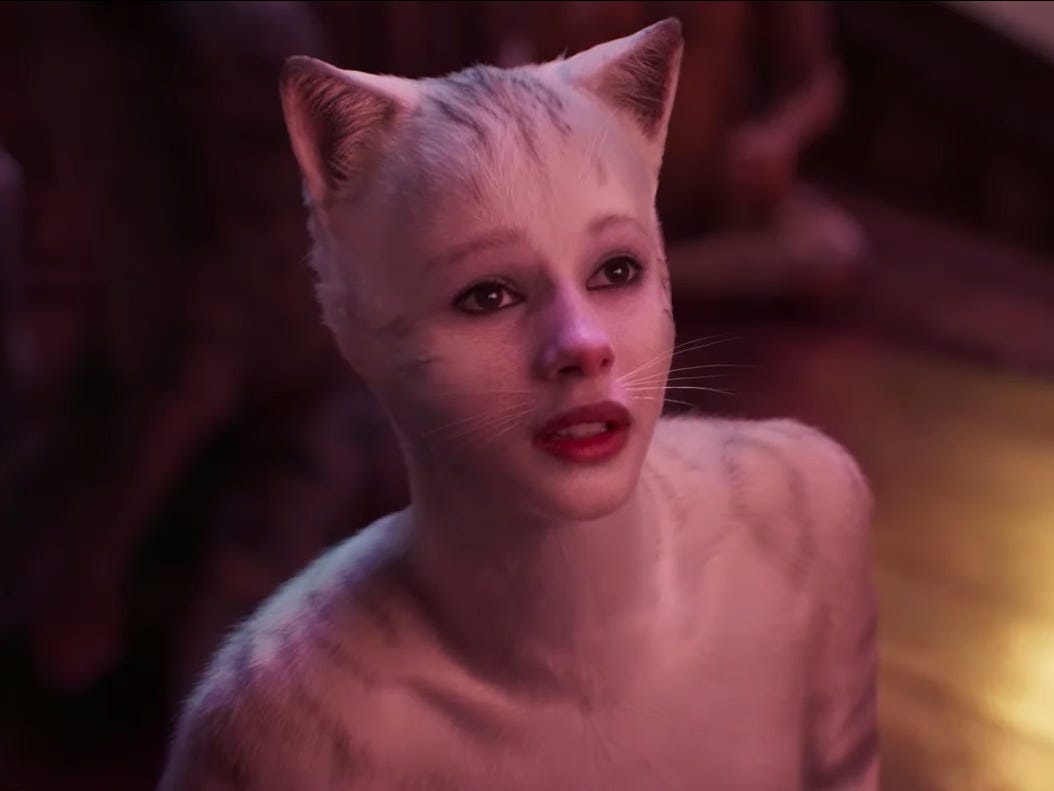 Universal PicturesFrancesca Hayward sang the song in the film.

Swift played Bombalurina in the 2019 film adaptation of the musical “Cats,” but she also got to collaborate with legendary musical theatre composer Andrew Lloyd Webber on the original song “Beautiful Ghosts.”

Francesca Hayward sings the song in the film, but Swift also recorded a studio version of it.

“There was an ambition and an aspiration to have an original song in the movie,” Swift said in an interview with Universal Pictures. “It was just this beautiful haunting melody.”