Some coronavirus patients experience nausea, vomiting, or diarrhoea before they get a fever. It could be one of the first signs of COVID-19. 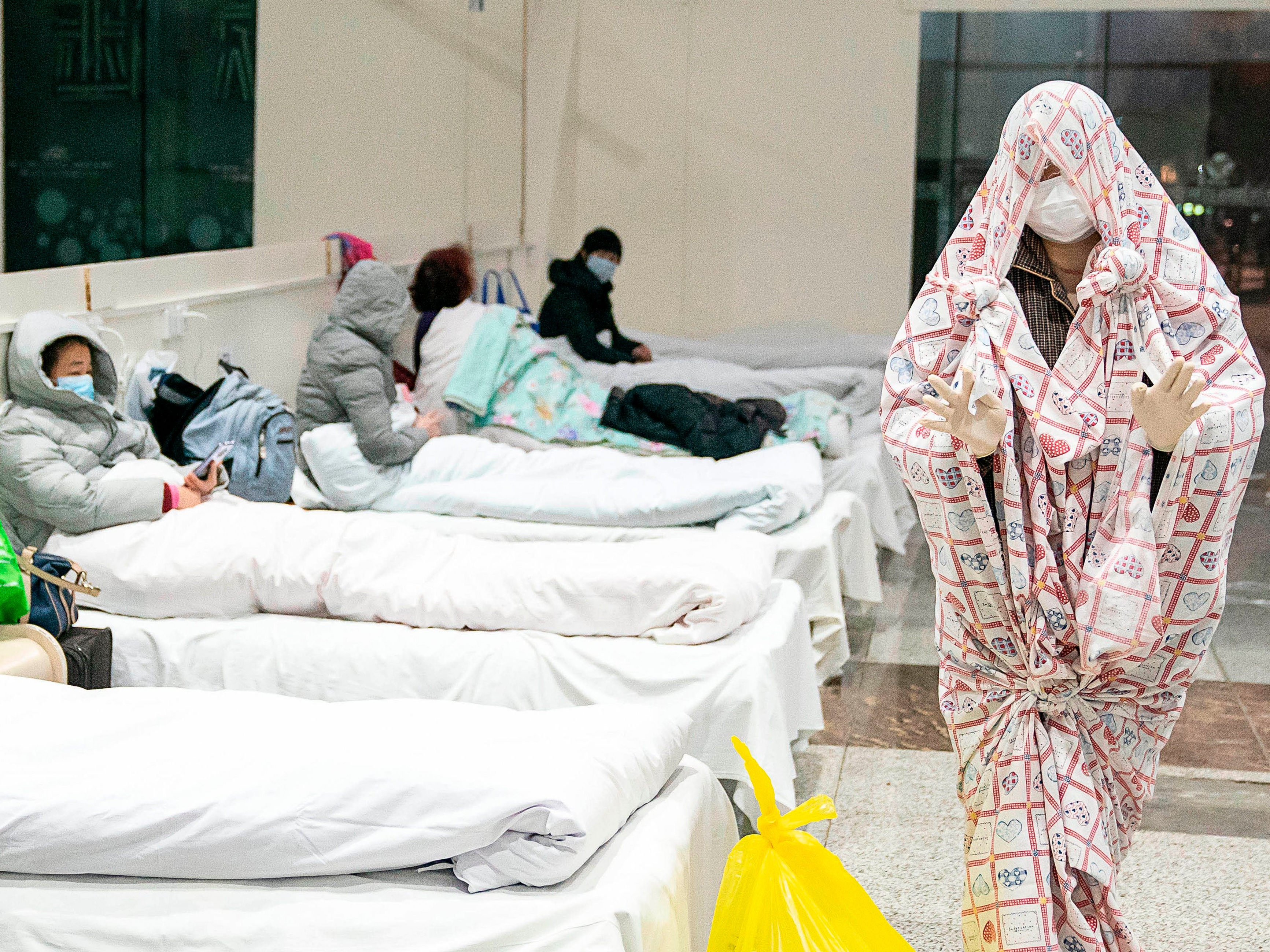 STR/AFP/Getty ImagesAn exhibition centre was converted into a hospital in Wuhan, China, February 5, 2020.

The new coronavirus is giving some patients nausea, vomiting, and diarrhoea – symptoms that could be early signs of infection.

A study published earlier this month in The American Journal of Gastroenterology looked at 204 coronavirus patients who were hospitalized in China’s Hubei province between January 18 and February 28. More than 50% of them reported digestive symptoms like lack of appetite, diarrhoea, vomiting, or abdominal pain. Six of those patients had no respiratory symptoms whatsoever.

“We’re so focused on a cough and fever, but it’s possible there are people with digestive symptoms that are not being tested,” Dr. Brennan Spiegel, the journal’s editor in chief, told Ohio news channel Spectrum News 1.

“This new study from Wuhan, China found that actually these digestive symptoms are much more common than I think we thought they were,” he added.

As research about this set of potential symptoms has evolved, the US Centres for Disease Control and Prevention added a note about gastrointestinal symptoms to its official guidelines.

Other research has found similar trends. A study published in the Journal of the American Medical Association identified 14 coronavirus patients who had diarrhoea and nausea before they showed any signs of fever or respiratory symptoms. That was 10% of the study’s 138-person sample size.

One of those patients was placed in a surgical ward because they only showed abdominal symptoms, so doctors didn’t suspect the new coronavirus. That patient then transmitted the virus to at least 10 healthcare workers and four other patients in the ward.

It’s still not clear how common gastrointestinal symptoms are, though. A study published in the pre-print repository medRxiv (which has not been peer-reviewed) looked at data from 1,099 patients. Less than 4% of those people experienced diarrhoea and about 5% experienced vomiting.

Researchers found the virus in poop China Daily/ReutersA medical worker in a protective suit inspects a CT scan at the Wuhan Red Cross Hospital during the coronavirus outbreak in Hubei province, China.

The first US patient diagnosed with COVID-19 had diarrhoea and reported abdominal discomfort the day after he arrived at the hospital, according to a report published in the New England Journal of Medicine. Researchers later detected the coronavirus’ RNA in his poop.

Another study, shared in the pre-publication repository biorXiv, detected an enzyme signature of the virus in cells from the small intestine and colon.

“If it’s coming out into the saliva, then you can swallow your saliva and naturally that can go into the stomach,” Spiegel said in a video he posted to Twitter. “The fact that we’re seeing so much in the stool samples means that it might be able to get past that acid layer.”

Spiegel added that, once the coronavirus gets into the gastrointestinal system, it can enter GI cells using a particular receptor called ACE2. Once inside those cells, the virus can thrive.

“It can replicate in the GI system,” he said.

Watching for nausea, vomiting, and diarrhoea could help contain the outbreak 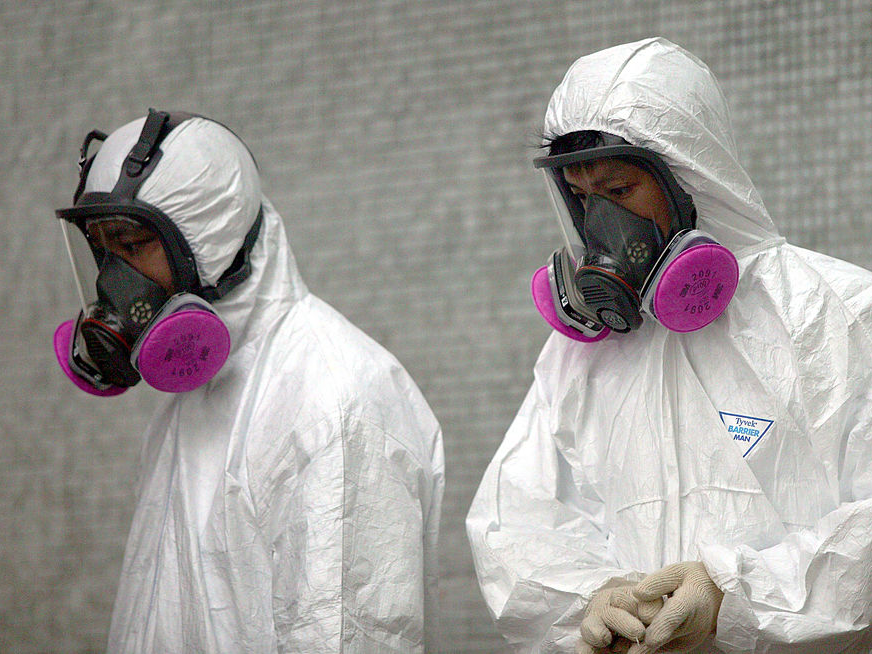 Christian Keenan/Getty ImagesHealth workers wear full protective clothing during a clean up operation at Amoy Gardens in Hong Kong, where over 200 residents were infected with SARS, April 4, 2003.

Research has indicated that SARS – also a coronavirus – travelled through a Hong Kong apartment’s sewage system to infect some residents after one sick person had diarrhoea.

Dr. Susan Kline, a spokesperson for the Infectious Diseases Society of America, told MedPage Today that gastrointestinal symptoms were “not unusual” in SARS patients during the virus’s deadly 2003 outbreak.

Kline said that many illnesses cause nausea, diarrhoea, and vomiting, even if those aren’t the primary symptoms. Looking for them can be crucial in the early stages of a new outbreak, as it was with SARS and Ebola.

“It was not recognised early on that [Ebola] patients had prominent diarrhoea. Later, as [there were] reports of large numbers of patients, it became more obvious that it could be a predominant part of the illness,” Kline said.

She added that it’s important not to assume that all patients will have gastrointestinal problems, though looking for those symptoms could help catch more coronavirus cases.

“We probably need to be testing the stool more commonly, thinking about testing more in people who have sever diarrhoea and fever,” Spiegel said.