Photos show long lines outside stores like Best Buy and GameStop on Black Friday, despite the CDC labelling in-store shopping as a 'higher-risk' activity 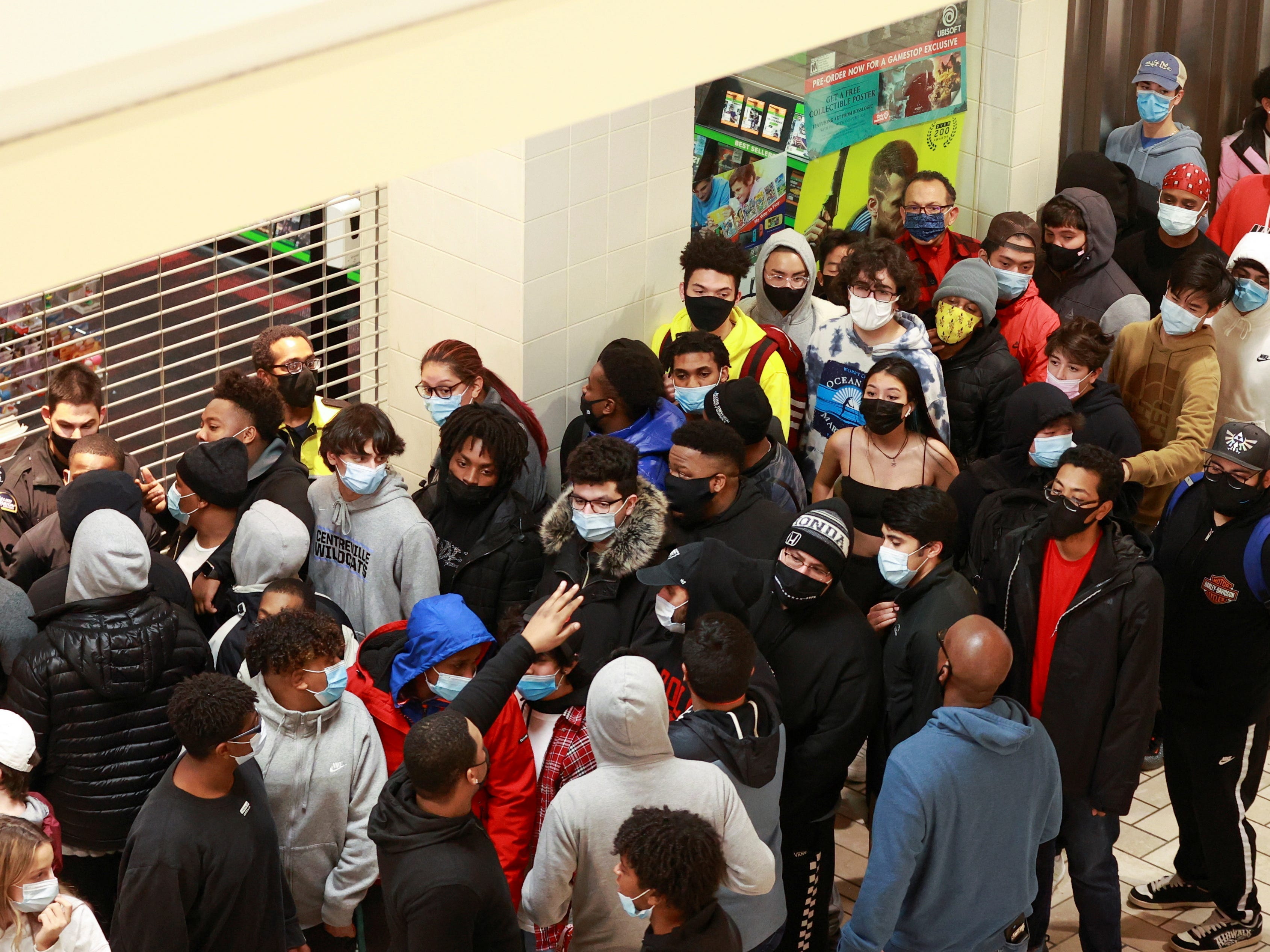 Some Americans formed long, crowded lines outside stores this Black Friday, despite the government’s warning against indoor shopping.

Photos showed people tightly lining up outside Best Buy and GameStop locations early Friday morning, many hoping to score the sold-out PlayStation 5. Lines formed outside other stores, like Walmart and Foot Locker, as well.

Major retailers like Best Buy extended online sales to discourage typical Black Friday crowds, since COVID-19 can spread quickly in large groups. The Centres for Disease Control and Prevention classified shopping on or after Thanksgiving as a “high risk” activity due to the recent spike in COVID-19 cases across the country.

The US recorded record-high single-day coronavirus case counts and deaths in the days leading up to Thanksgiving.

Stores and malls across the country had significantly fewer crowds than Black Fridays in prior years, according to photos and reports on the ground. Macy’s flagship store in Manhattan, New York City, for instance, had a few shoppers in the morning, a stark contrast to the claustrophobia-inducing crowd on Thanksgiving Day, 2019.

But the CDC warning could not deter all shoppers. Here’s what crowded lines looked like on Black Friday 2020:

A large line formed outside the GameStop in Tysons Corner Centre, in Tysons, Virginia, before it opened. 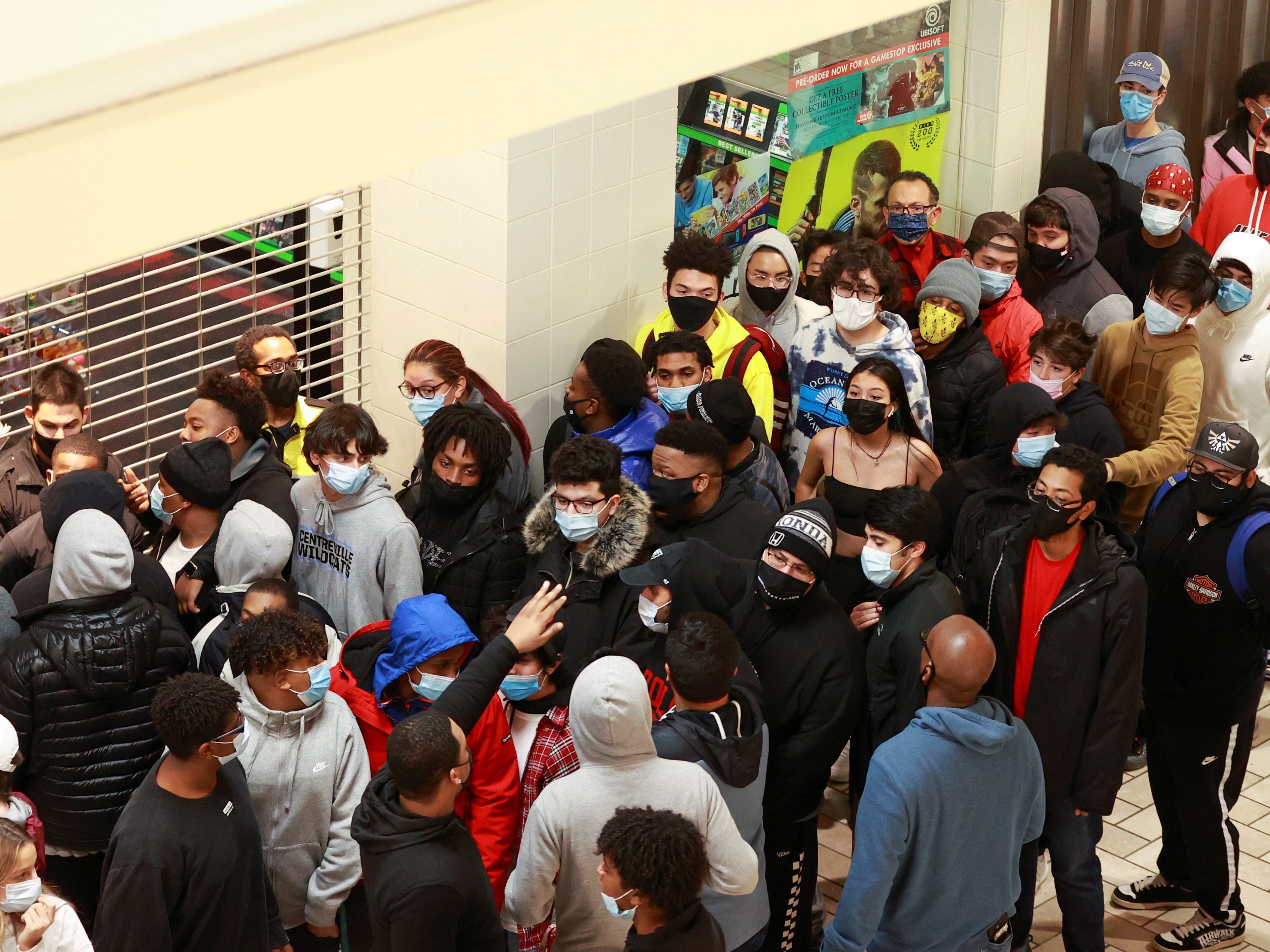 A Best Buy location in Wheaton, Maryland had a large line outside the store during Black Friday. 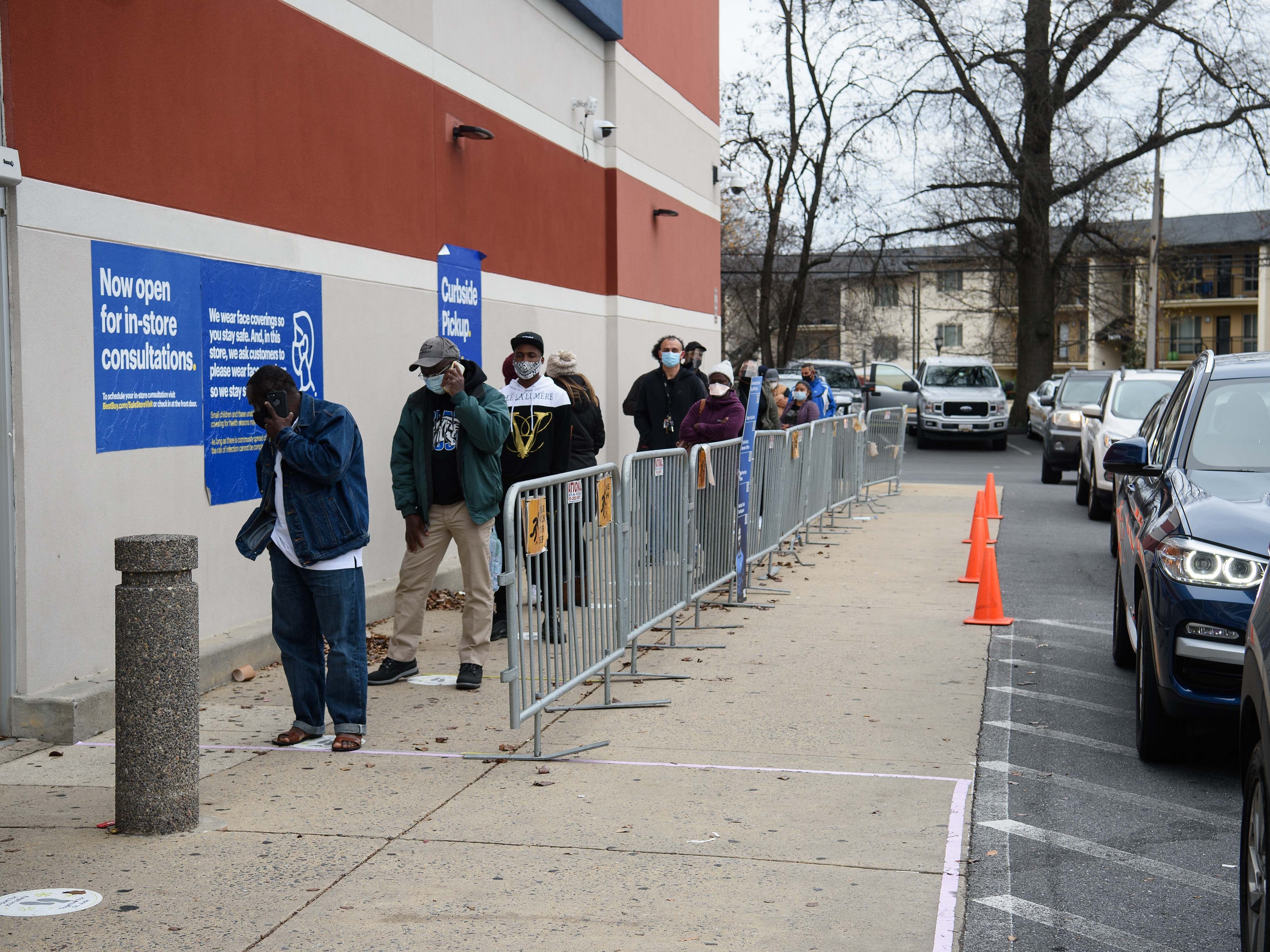 A line formed outside a Best Buy location in Greensboro, North Carolina, later in the morning. Best Buy opened stores from 5 a.m. to 10 p.m. on Black Friday.

#BlackFriday Starting to see a line outside Best Buy in Greensboro. Folks are also taking advantage of their curbside pick up option. pic.twitter.com/tNMwCqxy5t

The line outside a GameStop in Montgomery, Alabama started on Thanksgiving, similar to prior Black Fridays, per Montgomery Advertiser.

At GameStop in Montgomery, where the line for next gen consoles started almost 24 hours ago. Store opens at 7 am. today. #BlackFriday pic.twitter.com/AyKhW4ACxm

A line formed around a Walmart in New Jersey before the store opened at 5 a.m. Walmart started sales online and in stores prior to Black Friday to discourage crowds from forming. 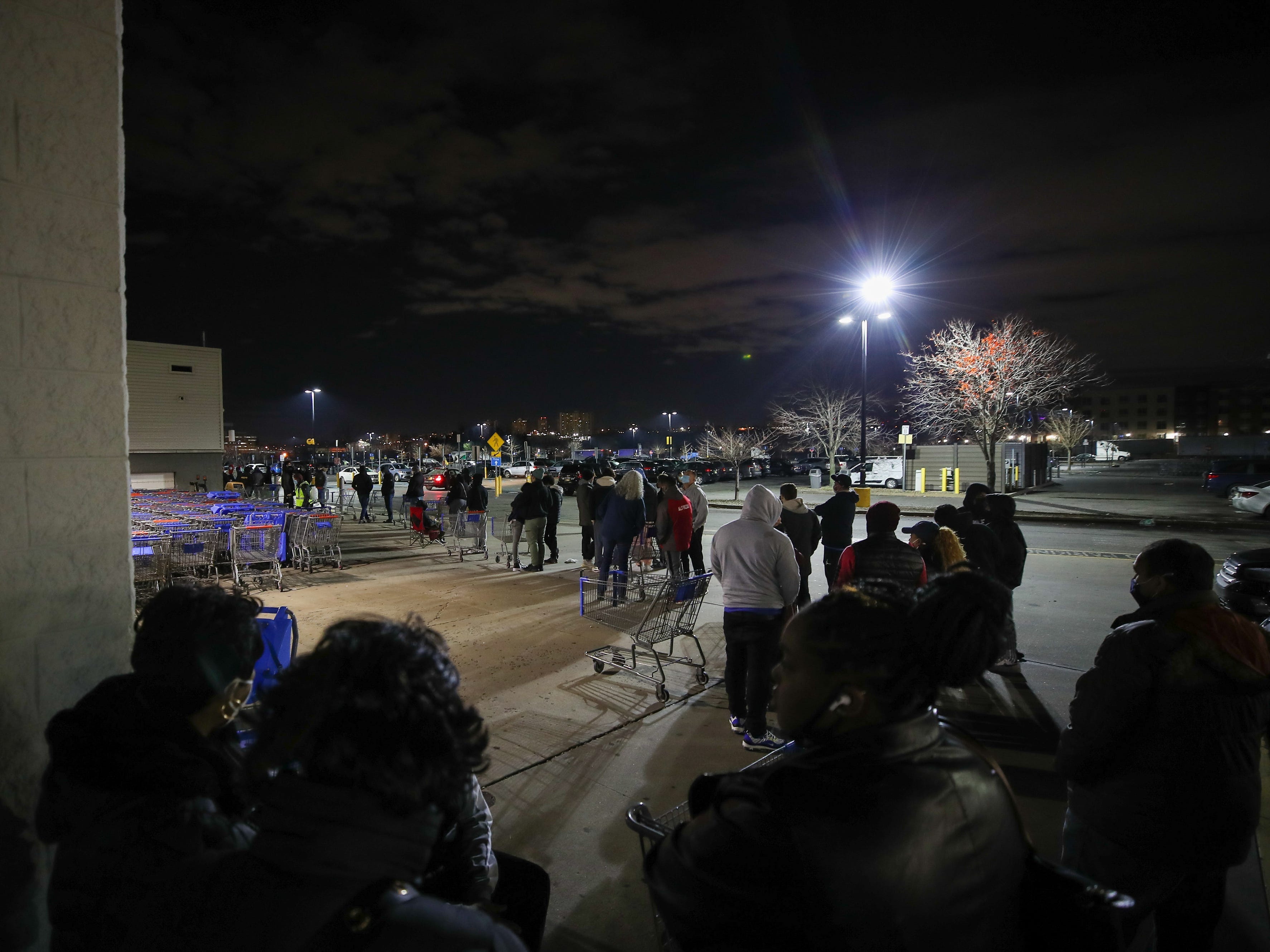 The line outside a GameStop in Dublin, California, began forming on Wednesday, November 25, for a chance to get two PlayStation 5s and four Xbox Series Xs.

Tyler Lopez got to @GameStop at 8pm on WEDNESDAY to be first in line for the PS5. The doors just opened here — and he got it! One of only two sold at this location. #BlackFriday pic.twitter.com/MHA6I039cr

A long line stood outside a Foot Locker location in Manhattan before the store opened. 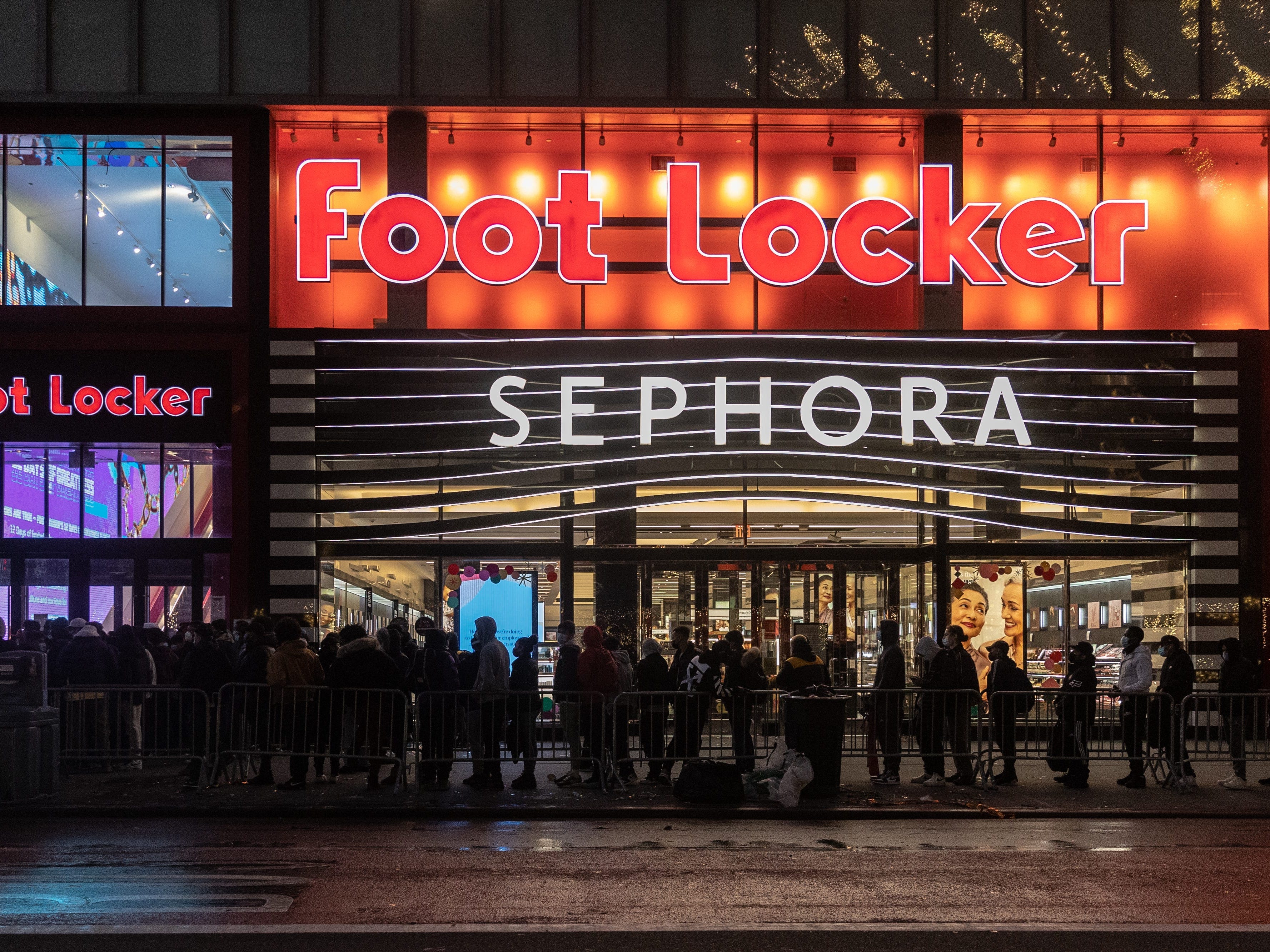 A line wrapped around a Bass Pro Shop store in Nashville, Tennessee, before stores opened at 5 a.m.

It’s #BlackFriday!! The line is wrapped around the building at @BassProShops at @shOpryMills. Once the store opens at 5AM, everyone here tells me, they will go right for one item — the guns! pic.twitter.com/zpW2Yb4cYR

A large line formed outside Walmart location near Dayton, Ohio, per WHIO-TV.

A huge line just formed outside of Walmart in Sugarcreek Twp. They open in 10 minutes. Join us live on @whiotv with a look at what we’re seeing on this Black Friday. pic.twitter.com/gEI7k34pHX 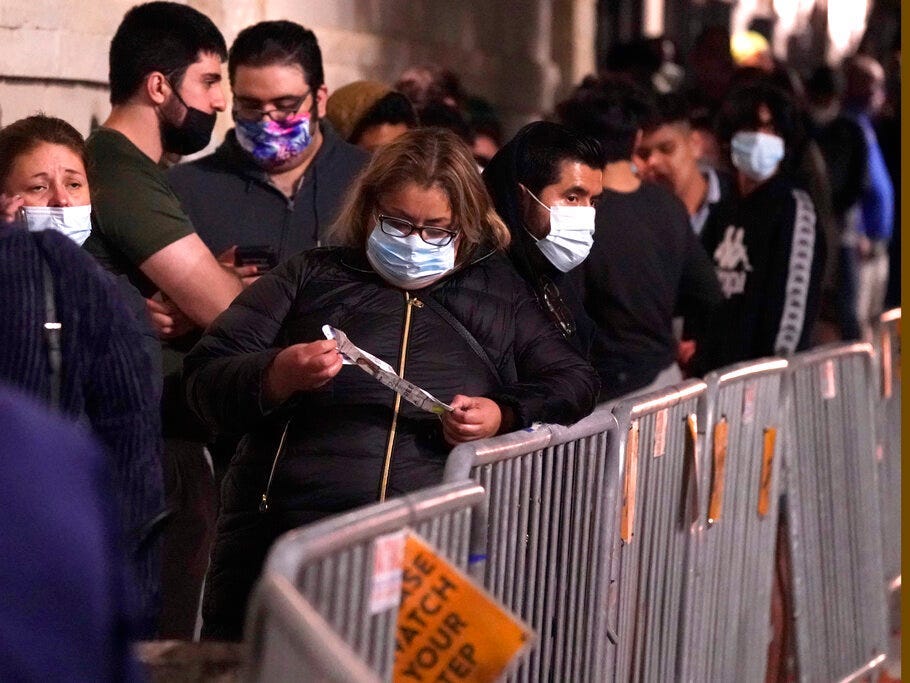