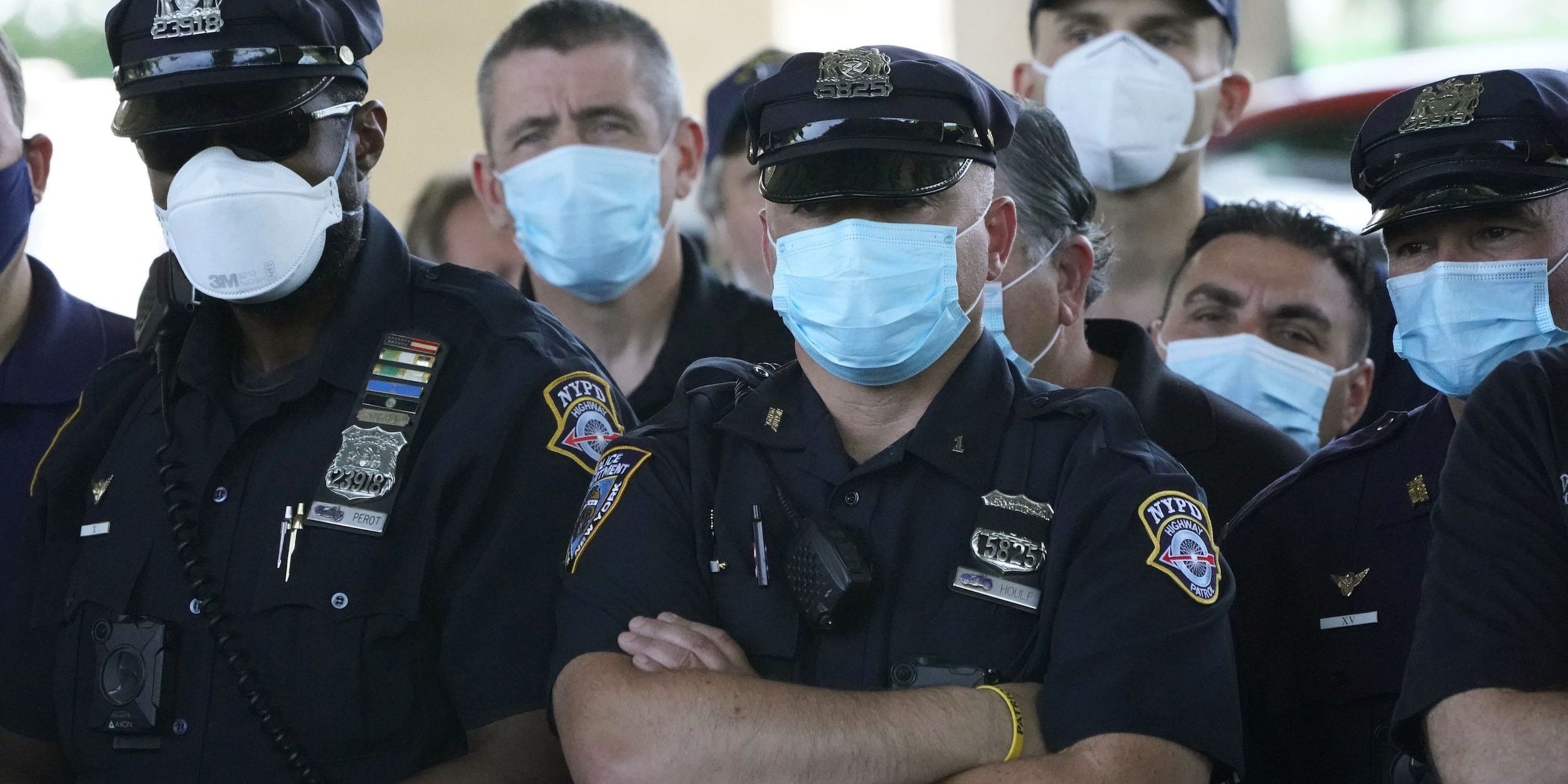 TIMOTHY A. CLARY/AFP via Getty ImagesNYPD Police officers listen as Police Benevolent Association of the City of New York President Pat Lynch and representatives from other NYPD and law enforcement unions holds a news conference at the Icahn Stadium parking lot on June 9, 2020 to address the ‘current anti-law enforcement environment.’ in New York.

Becoming a police officer in most states takes less time than it does to train for less-stressful trade school jobs, like becoming a barber or a plumber.

Every state has different requirements when it comes to police training. On average though, police departments require new officers to complete 672 hours of basic training, according to data collected by the Institute for Criminal Justice Training Reform (ICJTR), a California-based organisation run by Randy Shrewsberry, a former police officer and forensics investigator. The organisation found that 36 states allow officers to start working for the force before attending basic training.

Some police departments require officers to earn associates degrees, pass exams, and interview to become part of the force, and, according to CNN, many departments go beyond state requirements with training. But the average basic requirements nationwide are starkly different from what it takes to become a barber or a plumber.

To become a licensed barber, a person in the US must on average go through around 1,300 hours of training, according to data from the Institute of Justice’s “Licence to Work” study. In some states, aspiring barbers must go through months-long apprenticeships and take several exams before getting licensed.

Meanwhile, aspiring plumbers must attend a trade school for plumbing, then spend up to five years in an apprenticeship before obtaining a licence, the Houston Chronicle reports.

Some organisations, including the ICJTR, are urging police academies to improve their training requirements to give aspiring police officers more time to receive training that would make them better in the field.

In North Carolina last week, the State Board of Community Colleges agreed to increase its police training program so it could incorporate training on de-escalation, relationship-based policing, and community interaction.

The decision was made less than two weeks after the death of George Floyd, who died after a Minneapolis police officer knelt on his neck for eight minutes as he pleaded “I can’t breathe.” The four officers involved in Floyd’s death have been fired and charged.

“They need the best training and tools available to engage in de-escalation of tense situations and successfully interact with all members of their local communities,” North Carolina Community College System President Peter Hans told EdNews.