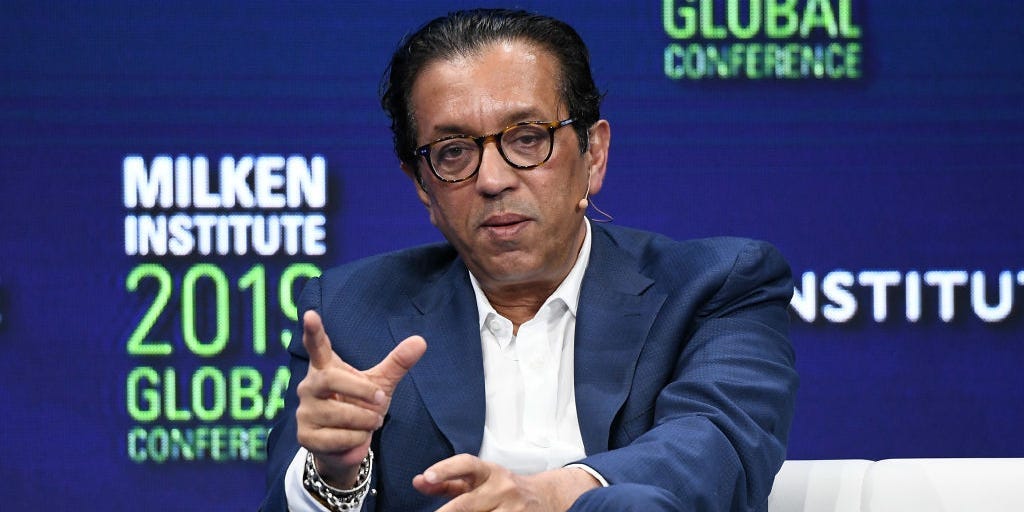 Rajeev Misra, the head of SoftBank’s $US100 billion Vision Fund, is joining the SPAC race, as he seeks to capitalise on the trendy new investment vehicle.

At the 2020 Milken Institute Global Conference on Monday, Misra said he would outline plans for the blank-check company in the next two weeks, but did not provide further details.

The SPAC will be handled by Vision Fund 2’s investment advisers, and will include capital from both external investors and the fund itself, CNBC said, citing a source.

The Vision Fund is primarily known for its investments in startups. The group has poured cash into technology-forward companies including Uber, WeWork, Slack, Nvidia, and ARM.

The follow-up fund, Vision Fund 2, is aimed at investments in artificial intelligence-based technology. The blank-check venture would combine the Japanese conglomerate’s expertise in tech investments and its new focus on public stock trading.

Earlier this year, SoftBank’s asset management business invested nearly $US3.9 billion across some of the world’s most popular stocks including Amazon, Tesla, Alphabet, and Netflix. It planned to invest more than $US10 billion in public companies.

Wall Street’s obsession with SPACs has led to a surge in popularity this year, with many high-profile investors piling into this alternative investment route.

Over $US53 billion has been raised across 138 SPAC IPOs so far this year, according to SPACInsider.com. Last year saw only $US13.6 billion raised across 59 deals. The average size of SPAC IPOs climbed to $US388 million this year, from $US230 million in 2019.