Deborah Birx's granddaughter's fever shot up to 105 degrees. She stayed away because of social distancing rules and fear of infecting Trump. 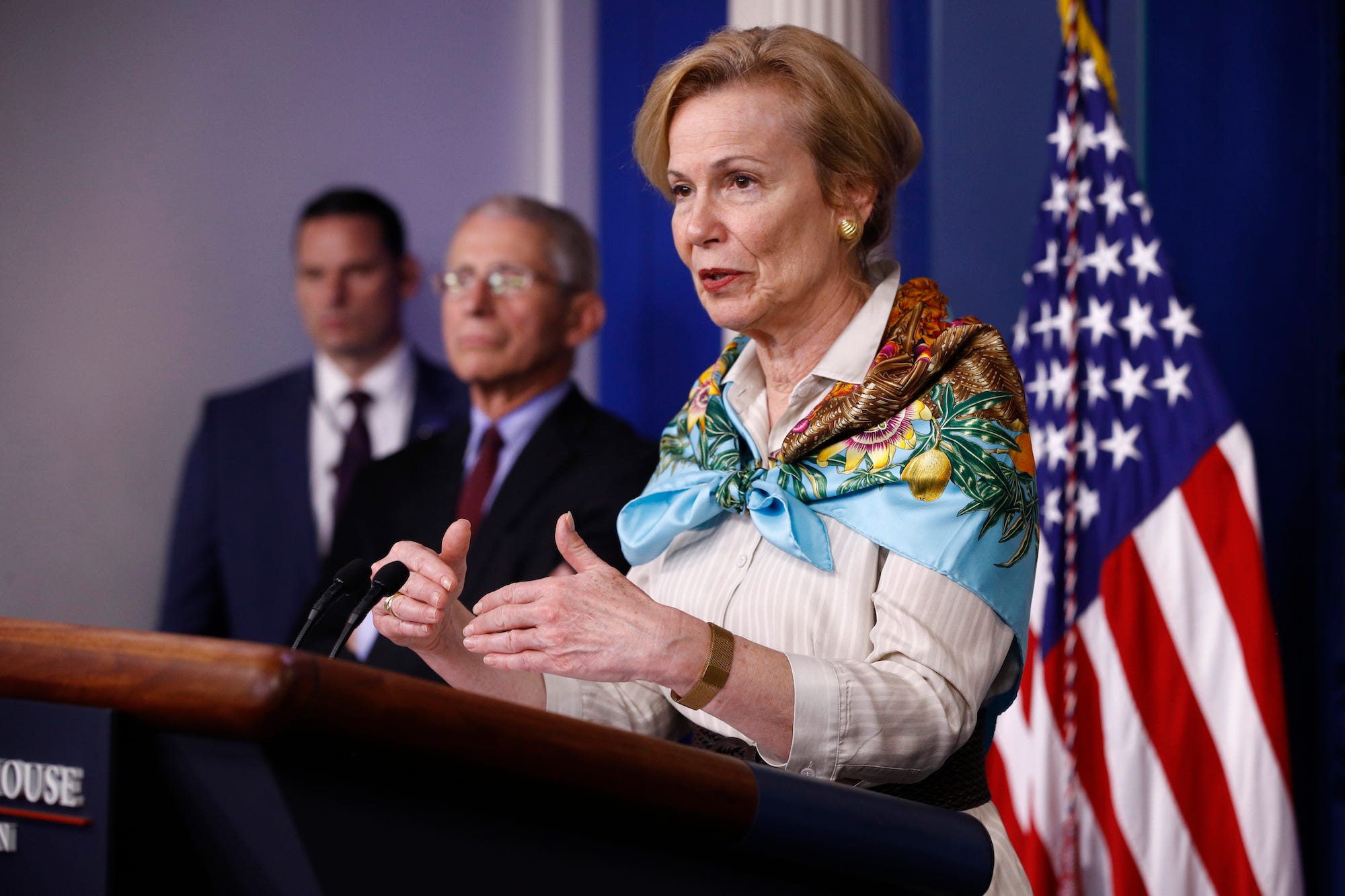 Deborah Birx’s 10-month-old granddaughter’s fever spiked to 105 degrees Fahrenheit over the weekend, but the White House coronavirus task force’s response coordinator couldn’t be there in person.

“I’m the doctor and I couldn’t get there,” Birx said at Monday’s press briefing.

It was a “very scary” experience, Birx said, but necessary from the standpoint of social distancing “out of respect for every single health care worker that’s on the front line.”

Instead of being there in person, Birx helped her daughter listen to her own lungs and then her grandchild’s lungs. The baby likely contracted roseola, a viral that impacts young children, she told reporters in comments captured by The Washington Post.

“We need to take care of each other now as Americans and do everything that’s in those guidelines, and I know they’re tough,” Birx said.

Birx is also in constant contact with President Donald Trump, 73, and Vice President Mike Pence, 60, both of whom are in the demographic that’s most vulnerable to the COVID-19 virus.

“You can’t take that kind of risk with the leaders of the country,” she said.

After Dr. Birx tells a story about how she felt bad because social distancing prevented her from being there for her 10-month-old granddaughter who had a fever of 105 degrees last weekend, Trump jumps in to say: "You did not get there? Good, I'm very happy about that." pic.twitter.com/zPC7MGOgG7

Birx’s story about her granddaughter prompted an exchange with Trump, who interrupted her at the press briefing, saying “So, you did not get there.”

“I did not go there,” Birx replied.

“Good, I’m very happy about that,” the president said.

“Because of you two,” a smiling Birx responded, waving her hand in the direction of Trump and Pence.

When Trump asked Birx if her “grandson” was OK, she first corrected him, saying, “Daughter.”

Trump then commented, “That’s a lot of temperature: 105.”

Birx said her granddaughter’s fever has dropped to 100 or 99, the Post reported. Birx doesn’t believe that the baby is infected by the coronavirus because everyone in their Maryland home – occupied by Birx’s parents as well as her daughter, son-in-law, and grandchildren – is following strict social isolation rules.

“No one is allowed in that house or out of that house, because there’s too much precious cargo inside the house,” Birx said.