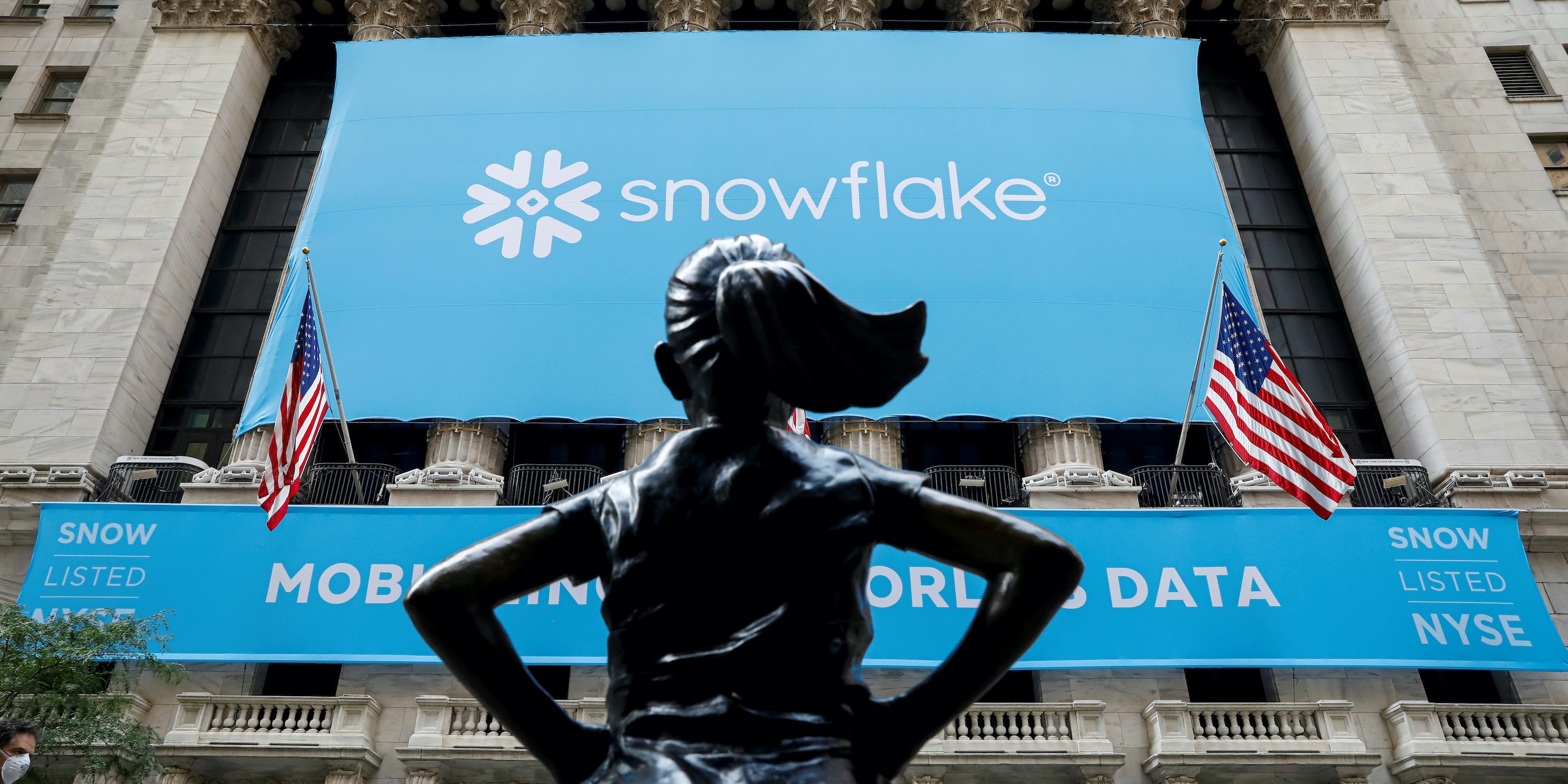 Snowflake’s10% rally on Tuesday helped propel the stock to a market valuation of more than $US120 billion, surpassing the likes of tech behemoths IBM and AMD.

Snowflake is a cloud-data storage firm that debuted to the public in a September IPO, pricing its shares at $US120. The firm raised $US3.4 billion at a valuation of $US33 billion in its IPO, making it the largest software IPO in history.

As of Tuesday’s intraday high of $US429, Snowflake had staged a 258% rally since going public. Snowflake was valued at just $US12 billion in February when it completed its last private funding round, meaning those investors have registered a 10 times gain if they held their shares through today.

For context, IBM currently has a market capitalisation of $US112 billion, while AMD is worth $US111 billion.

Snowflake’s first public earnings report earlier this month revealed triple digit revenue growth for the company, though the firm is not yet profitable. 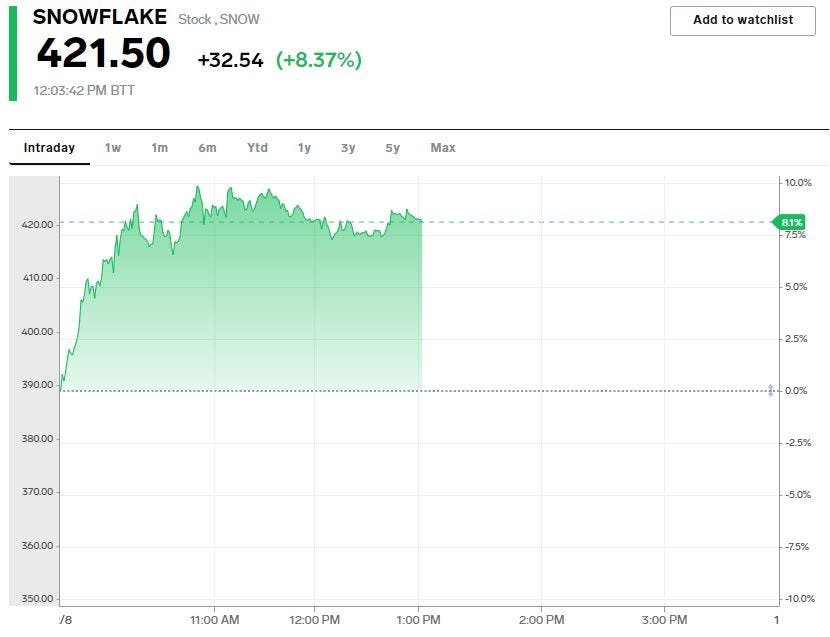