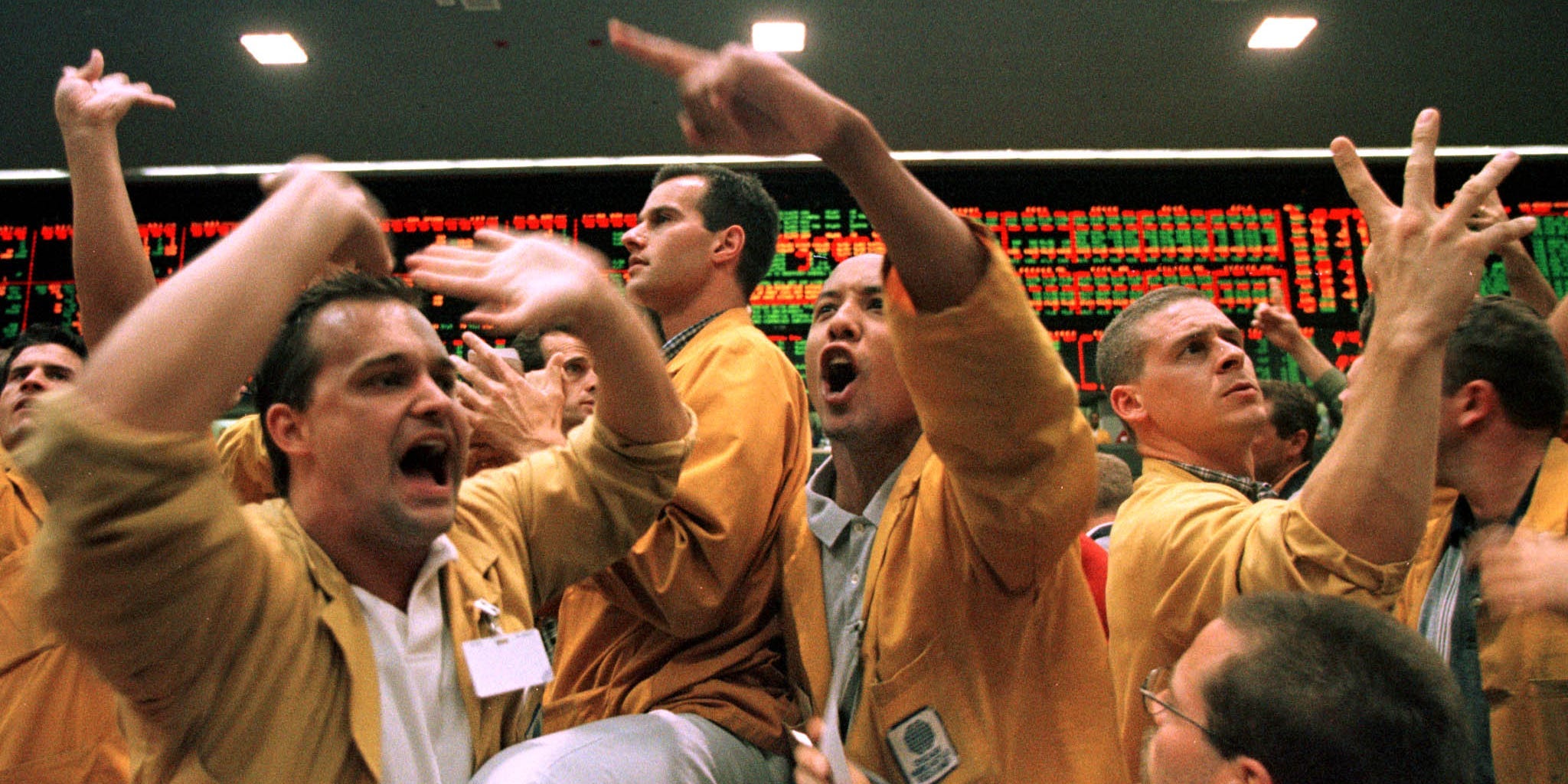 REUTERS/Scott OlsonTraders and clerks frantically signal trades in eurodollar futures at the Chicago Mercantile Exchange after the Federal Reserve announced a hike in interest rates, June 30, 1999.

Cloud startup Snowflake raised a record-breaking $US3.4 billion on Wednesday, in the largest ever initial-public-offering for a software company on Wednesday, kicking off a big week for technology firms going public this week.

The cloud-data warehousing startup announced that it is selling 28 million shares valued at $US120 each, which means it would raise nearly $US3.4 billion in proceeds.

Snowflake, which was valued at $US12.4 billion around the time of its most recent fundraising round in February and counts billionaire investor Warren Buffett among its backers, plans to list its shares on the New York Stock Exchange under the ticker symbol “SNOW” from September 16.

Business Insider previously reported that Buffett had agreed to invest upwards of $US550 million in the cloud-data company once it goes public.

Snowflake is the largest software IPO on record, according to Renaissance Capital, and the largest since Uber’s $US8.1 billion flotation in May 2019.

It has emerged as one of the strongest players in cloud-data warehousing, particularly this year, as the pandemic forced millions of people to work remotely, fuelling an already growing trend among businesses to set up networks on web-based platforms.

The company was reportedly aiming for a valuation of as high as $US20 billion. In total, Snowflake has raised $US1.4 billion from investors including Sequoia and ICONIQ Capital.

Snowflake has about 3,100 customers, including 56 clients that contributed about $US1 million in a 12-month period.

Prior to the company going public, Ray Wang, an analyst from Constellation Research, said: “It’s going to be the blockbuster enterprise listing for 2020.”

Other tech IPOs set to debut this week include video-game software firm Unity, which is set to raise $US950 million, and data-software platform Sumo Logic, expected to raise $US281 million.