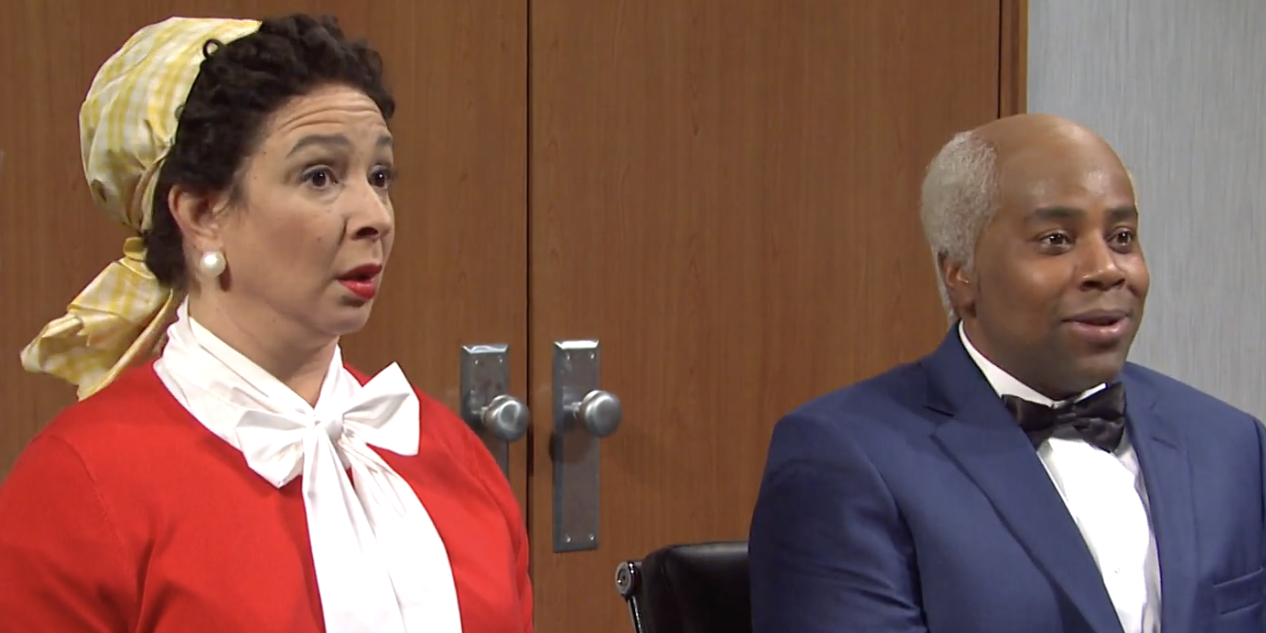 After Chappelle gave an opening monologue that included commentary on the year as a whole and a call for Americans to “find a way to forgive each other” following the results of the 2020 presidential race, he introduced a skit that parodied how several American companies reckoned in recent months with their brands’ racist origins.

In the skit, both characters were both shown being fired by a group of executives in a boardroom. At first, the fictional executives, played by Mikey Day, Alec Baldwin, and Heidi Gardner, were consoling Rudolph and Thompson’s characters.

“Aunt Jemima, this is hard for us, too. We love you,” Baldwin said. “It’s not personal.”

In June, Aunt Jemima’s parent company, PepsiCo, announced that it would change the name and logo of Aunt Jemima after acknowledging the branding’s racist roots. The origin of the Aunt Jemima brand comes from a racial stereotype of a “mammy” figure, according to The New York Times.

New branding for the pancake brand is set to be unveiled later this year, the company announced this summer.

Following PepsiCo’s announcement, Mars, the parent company of Uncle Ben’s, also acknowledged the racist origins of its product line’s branding. In September, Mars announced that the rice brand’s new name will be Ben’s Original and that the original logo of the character Uncle Ben will no longer be used.

In the skit, Thompson as Uncle Ben said: “This is ridiculous. If we can’t work, how come the Allstate guy gets to work?”

Chappelle then entered the stage as the Allstate Insurance pitchman Dennis Haysbert, saying in the skit that his voice “makes white people feel safe, like they are in ‘good hands.'”

Chappelle then questioned why the Count Chocula cereal character, played by Pete Davidson, wasn’t also getting fired. At one point, Chappelle and Davidson broke character, and part of Davidson’s costume â€” vampire fangs â€” fell off from his laughing.