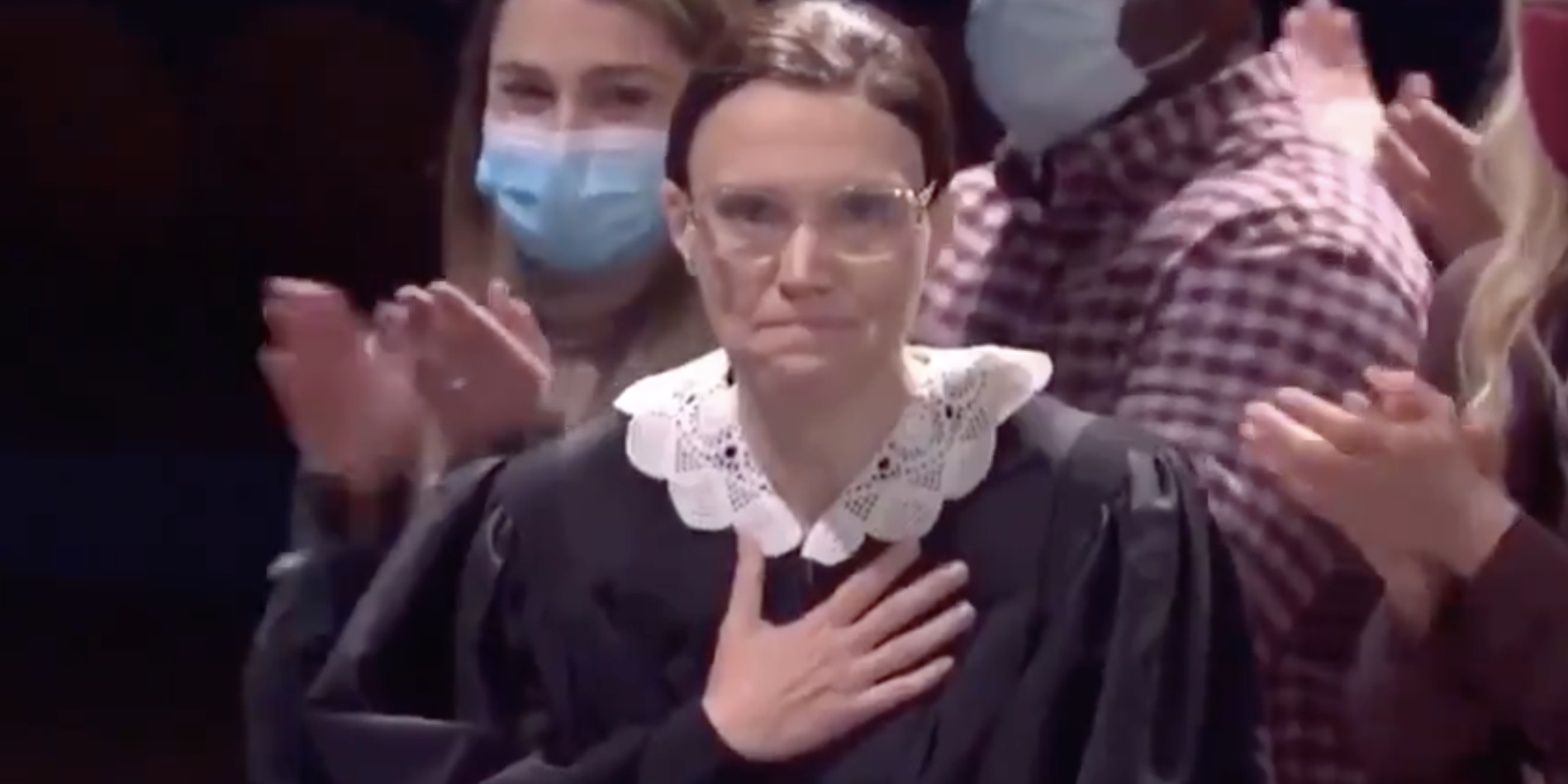 Saturday marked the season 46 premiere of “Saturday Night Live” and a return to the show’s studio in New York City after the comedy series was filmed remotely.

At the end of the show’s “Weekend Update” segment hosted by Colin Jost and Michael Che, the camera panned to the studio audience members, who wore face masks.

In the crowd was cast member Kate McKinnon dressed in a costume she’s worn in seasons past when she’s played a satirized version of Ginsburg in the recurring “Weekend Update” segment.

McKinnon’s appearance at the end of the segment was dialogue-free and simply showed the actress bowing her head. Clad in a robe, jabot, and Ginsburg’s signature style of glasses, McKinnon paid tribute to the justice, who died on September 18 at age 87 after years of battling cancer.

Following McKinnon’s brief appearance, a screen was displayed that read: “Rest in power.”

Many viewers seemed to find the show’s way of honouring Ginsburg to be poignant.

“SNL is supposed to make me laugh, but seeing Kate McKinnon as RBG again made me cry,” one Twitter user wrote on Saturday.

McKinnon’s portrayals of the Supreme Court justice on “SNL” were loved by many, including Ginsberg herself.

“I liked the actress who portrayed me, and I would like to say ‘Gins-burned!’ sometimes to my colleagues,” Ginsburg said at the 2018 Sundance Film Festival, referencing one of McKinnon’s lines from the show.

In a statement to People, McKinnon said that she will remember Ginsburg as a hero.

“For so many of us, Justice Ginsburg was a real-life superhero: a beacon of hope, a warrior for justice, a robed crusader who saved the day time and again,” McKinnon said.

McKinnon continued: “Playing her on ‘SNL’ was a profound joy because I could always feel the overwhelming love and gratitude that the audience had for her.”