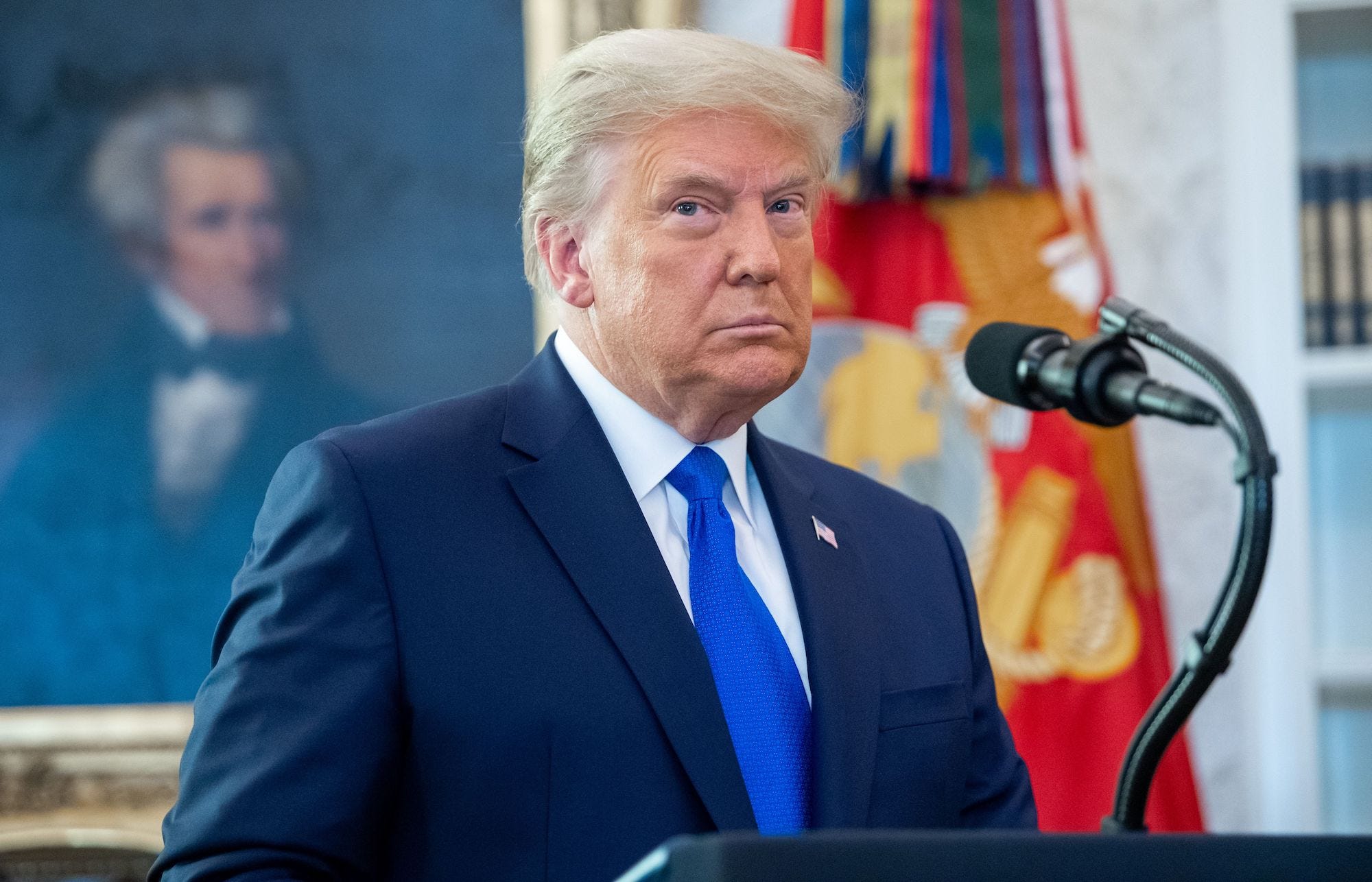 Snap said it would permanently ban President Donald Trump when he leaves office on January 20, saying his account was a threat to public safety.

“In the interest of public safety, and based on his attempts to spread misinformation, hate speech, and incite violence, which are clear violations of our guidelines, we have made the decision to permanently terminate his account,” a Snap spokesperson told Insider on Thursday.

The permanent ban follows Snap’s January 6 decision to suspend Trump’s Snapchat account, which had about 1.9 million subscribers. Trump will technically remain suspended until January 20, at which point he will be banned.

The company said it had repeatedly warned Trump’s digital team about posting content that broke Snapchat’s user terms and that it had removed dozens of posts.


Read more:
Snap’s head of editorial is leaving the company on the heels of 2 other major departures from its content team

Snap’s decision to permanently ban Trump also took into account his actions off the platform, as Axios first reported.

The move by Snap follows Twitter permanently banning Trump after January 6’s riots at the Capitol, and both Facebook and YouTube suspending him from their platforms.

Snap had locked Trump’s account on January 6 after a pro-Trump mob stormed the US Capitol. The company’s terms of service prohibit users from posting graphic violence, hate speech, threats, and incitements to violence.

Without access to his favoured social networks, the president has been using the White House website to release statements that previously would have been sent directly to his millions of followers.

On Wednesday he said, “In light of reports of more demonstrations, I urge that there must be NO violence, NO lawbreaking and NO vandalism of any kind.”

The president had also planned to open an account on Parler as “Person X” before the app temporarily shut down, Parler CEO John Matze said on Wednesday.

In June, Snap stopped promoting Trump in its Discover section.

Trump’s campaign team had used Snap to reach younger voters, as the platform’s users trend younger than other networks. Campaign staff in June had accused the company of attempting to influence the 2020 presidential race, saying it was illegal to stop promoting Trump’s posts on the platform.

Brad Parscale, who was then Trump’s campaign manager, said in a statement at the time: “Snapchat is trying to rig the 2020 election, illegally using their corporate funding to promote Joe Biden and suppress President Trump. Radical Snapchat CEO Evan Spiegel would rather promote extreme left riot videos and encourage their users to destroy America than share the positive words of unity, justice, and law and order from our President.”