As a rule of thumb, video games tend to look better as time moves forward. That’s how it goes.

Not so much when it comes to 2011’s “Skyrim” — a fantasy epic where you slay dragons, learn magic, and explore a vast world. The game’s looking better than ever in 2016 thanks to the work of passionate fans. Just look at this: Bethesda SoftworksVideo games didn’t look this fantastic in 2011. They rarely look this good in 2016.

Exactly. Here’s how they did it.

Let's start with what 'Skyrim' looked like back in 2011. It's not a bad looking game by any means, but it's not exactly the belle of the ball. The game was released on the Xbox 360, PlayStation 3, and PC originally. It's the PC version that's gotten the major update seen here. So, how does this one version of a five-year-old game look so much better? Through game modifications ('mods'). Games are made up of many moving parts of code. Mods allow players to alter foundational aspects of a game, like the entire lighting system. Or the look of the water in the world of 'Skyrim': Or even the details of the game's moon: Bethesda Softworks
Try to ignore the bedraggled pup on the right.

This effect is called 'bokeh,' and it's basically just the concept of focusing on a specific aspect of an image. The most impressive stuff, visually, may just be these sweeping landscape shots: Reddit user 'pingopete' said he's got 'over 50 graphics mods running,' alongside some custom work they did to fit those mods as best as possible to the five-year-old game. 'Skyrim' remains one of the most popular games to mod. Interested in getting 'Skryim' looking this good? There's a long set of instructions right here, care of 'pingopete.'

Want a better looking 'Skyrim' but don't want to spend all this time making it look good? Good news: an updated version of 'Skyrim' launches later this year on Xbox One and PlayStation 4. Jump to 3:15 in the video below to see it in action! 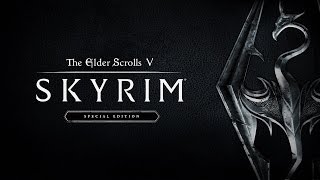