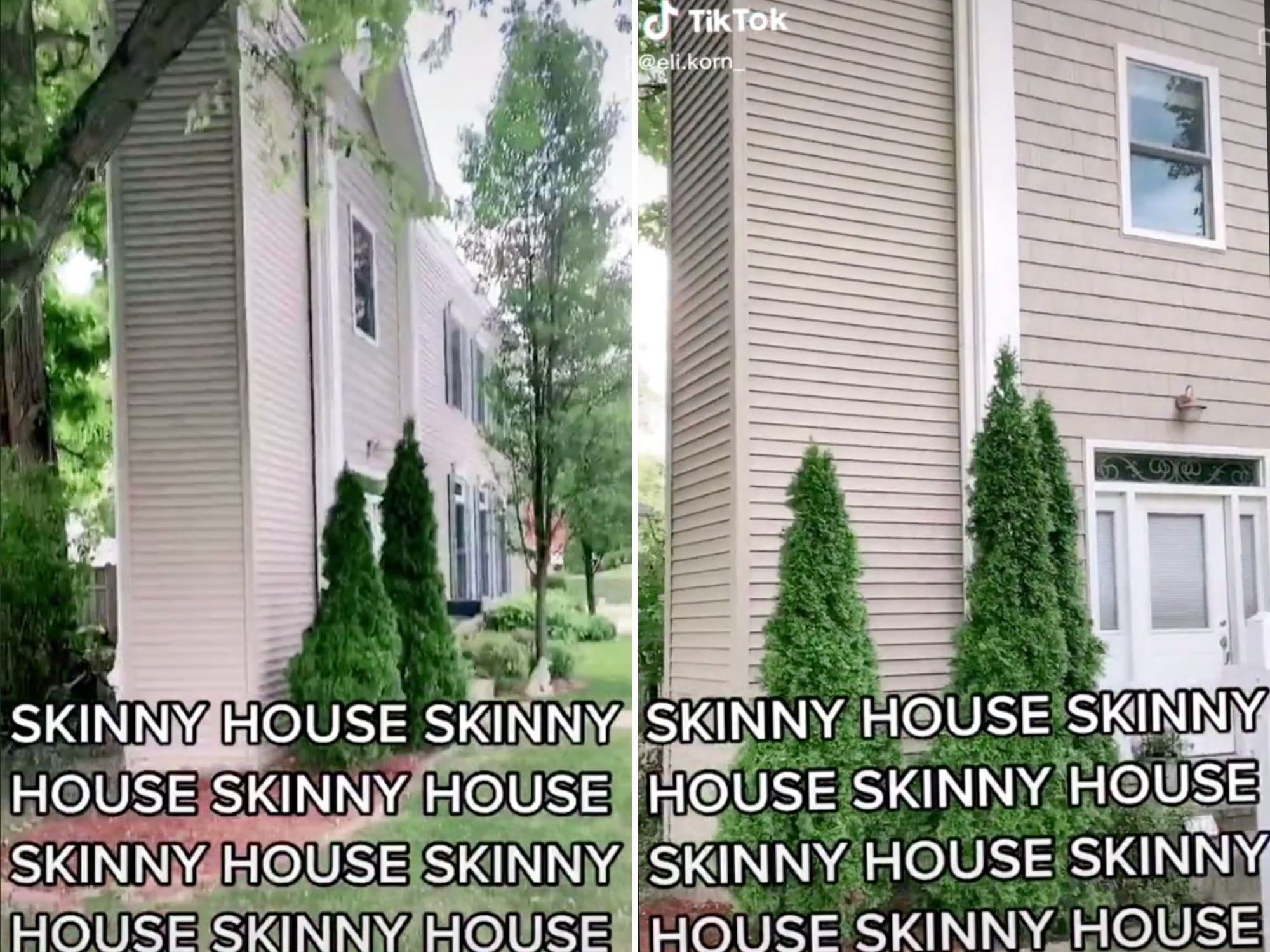 eli.korn_/TikTokA TikTok user captured a narrow home outside of Chicago that makes for an optical illusion.

A uniquely shaped “skinny house” has been taking over TikTok because of its oddly narrow appearance.

The video of the home was shared on TikTok by @eli.korn_ on Thursday, and it’s since captured the attention of hundreds of thousands of viewers on the platform who seemed to be shocked at its unbelievable proportions.

At the time of writing, more than a million TikTok users viewed the “skinny house” video.

“That’s not a house, that’s a hallway,” one user wrote.

Another commented: “One gust of wind and it’s all over.”

Before the TikTok brought attention to the home, the structure was already famous, though. Located in Deerfield, Illinois – a suburb of Chicago – the home is referred to as the “pie house” since it’s shaped just like a slice of the dessert, with one narrow end opening up to a wider opposite side.

Though the house is just 3 feet wide on one end, photos of the interior show that it looks surprisingly roomy. The house is 1,122 square feet and has two bedrooms and two and a half bathrooms.

The house was previously on the market for $US269,000, according to its Zillow listing.

The Zillow description claims that the home is bigger than it looks and describes it as being perfect for a “first-time homeowner” or an “empty nester looking to downsize.”

While the “pie house” is technically larger than a traditional tiny house – which is typically regarded as a house that’s 500 square feet or less – its appearance makes it reminiscent of a miniature house. Downsizing has become increasingly popular in recent years, and many people are opting for tiny living to save money.

Representatives of the home’s real estate broker, Alan Berlow, did not immediately respond to Insider’s request for comment.