When voice commands first came out on phones, it was a bit of a joke â€” they were finicky, hard to control, and would often misunderstand the user and perform the wrong task.

But voice commands have significantly evolved, and become built-in assistants that we now know by name. Siri, the iPhone assistant, now has an expanded list of varied commands that it can help you with.

How to wake Siri

Neither of these commands will work, however, if you don’t have them enabled in Settings. To do so, tap “Siri & Search,” in the Settings app, and toggle the relevant switch â€” “Listen for ‘Hey Siri'” or “Press Home/Side Button for Siri” â€” to the “on” position.

If you want to issue commands even when the phone is locked, make sure “Allow Siri When Locked” is switched on, too. 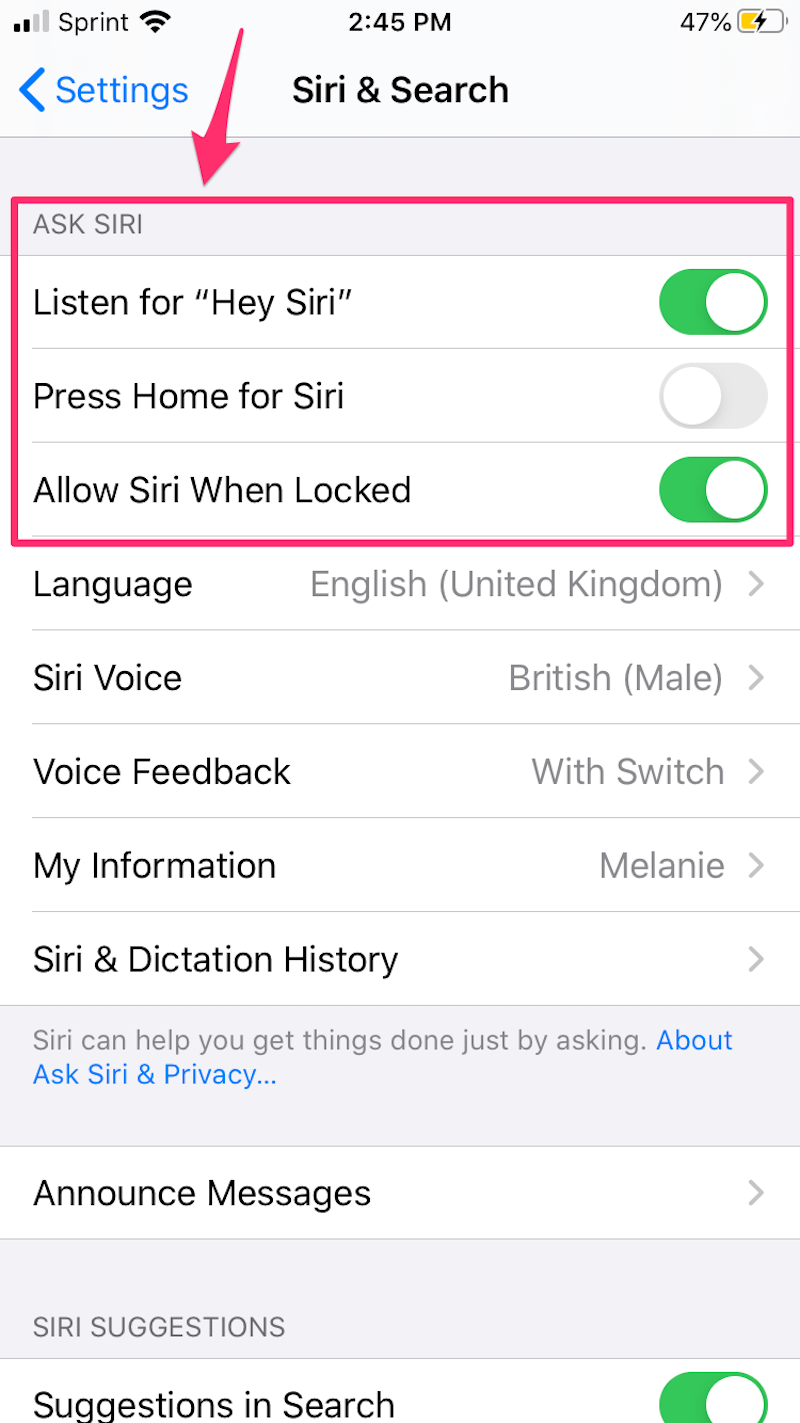 Melanie Weir/Business InsiderMake sure these settings are enabled in the ‘Siri & Search’ menu.

Voice commands for Siri to make calls or send messages

Once you’ve woken Siri and made sure your phone is listening for your command, there are any number of vocal directives that it will recognise. These include ones for communication, like:

Voice commands for Siri to search your phone

You can even use Siri to search your phone for things using keywords. So if you can’t find something in your phone, Siri might be of help. Searches Siri can perform include:

You can also use Siri as a personal assistant, and have it help you set schedules and reminders. You can:

Voice commands for Siri to help with directions

You can also ask navigation questions, which Siri will be able to answer using the Apple Maps app â€” questions like:

Siri can also usually accomplish basic tasks in popular third-party apps. To check which apps on your phone you can control using Siri, try issuing a basic command, like “Pay Jordan 10 dollars on Venmo” â€” or see if the app is on this ongoing list of Siri-compatible apps.

There are also a few random commands you can give Siri just for fun, like “Roll two dice for me”, “Tell me a joke,” and “What planes are flying above me right now?” The Apple team is constantly updating Siri’s software, and the program is also constantly learning from you, so try issuing different commands and see what happens!