Of all the places to score a date in Seoul, Korean schoolteacher Jeon Byunghoon did not think the vaccination center would be one of them.

Jeon, a teacher in his late 30s, took part last week in the country’s nationwide vaccine rollout for teachers. What he did not expect when he got in line was meeting a female teacher who had “so much in common” with him.

“We were all standing quietly in line, and I thought I’d break the silence and talk to someone, knowing they were probably teachers too. She had long brown hair and pretty eyes. When we got to chatting, I realized we went to the same university and had mutual friends,” Jeon told Insider.

The two went for coffee after they got their COVID shots and added each other on messaging platform KakaoTalk.

“I’m not saying she’s the love of my life, but we’ve gone on two dates since,” he added.

Jeon is just one of many singles who’ve found love in an unlikely place – the vaccine center. While countries ramp up their vaccine drives and open it up to younger people, the dating scene around these centers is turning into a veritable fishing pool of eligible singles emerging from the dark ages of prolonged quarantine, raring to mingle (and get vaccinated too, of course.)

Vaccine rollouts across the US may have even been boosted when the authorities found a way to make getting vaxxed sexier with dating app tie-ins. The White House announced this May that dating sites like Bumble, Tinder, and OkCupid were going to allow users to filter matches by vaccination status, per NPR.

British publication The Face wrote that more singles in the UK emerging from the loneliness of lockdown were also on the prowl for dates at vaccine sites.

“It was quite fun being there, watching hot people queue up. ​If you match with them on Tinder, there’s a guaranteed conversation starter – asking them if they’ve been vaxxed,” said Orla, 22, an art student from London who spoke to The Face.

She added that people were “literally jumping out of taxis in the middle of the road to join the queue” full of young, hot, pro-vaccine people.

Meanwhile, back in Asia, Beijing-based bank executive Wu Fan told Insider that she was chatted up by a “decent-looking young man in a suit” while queuing to get jabbed.

“We added each other on WeChat and realized that beyond being vaccinated we had other things to talk about too, like our mutual love for house plants. It’s a bit weird to snag a date while lining up for a medical procedure, but I’m much more comfortable meeting someone I know for sure is vaccinated,” Wu said.

And in Singapore where the government is currently rolling out COVID shots for younger citizens, some people are getting lucky too. Darren Yeoh, 31, who works in biochemical research, told Insider that he showed up for his jab at a local community center and got to chatting with a “cute girl” who he asked out after they both got their shots.

“The conversation started with her asking if I was ‘nervous’ to get the shot, and why I picked Pfizer over Moderna,” Yeoh told Insider.

“I kind of regretted not wearing something nicer than a gym tank top with holes in it to the vaccine appointment. So, hot vaccine tip for everyone out there: Overdressing is underrated.” 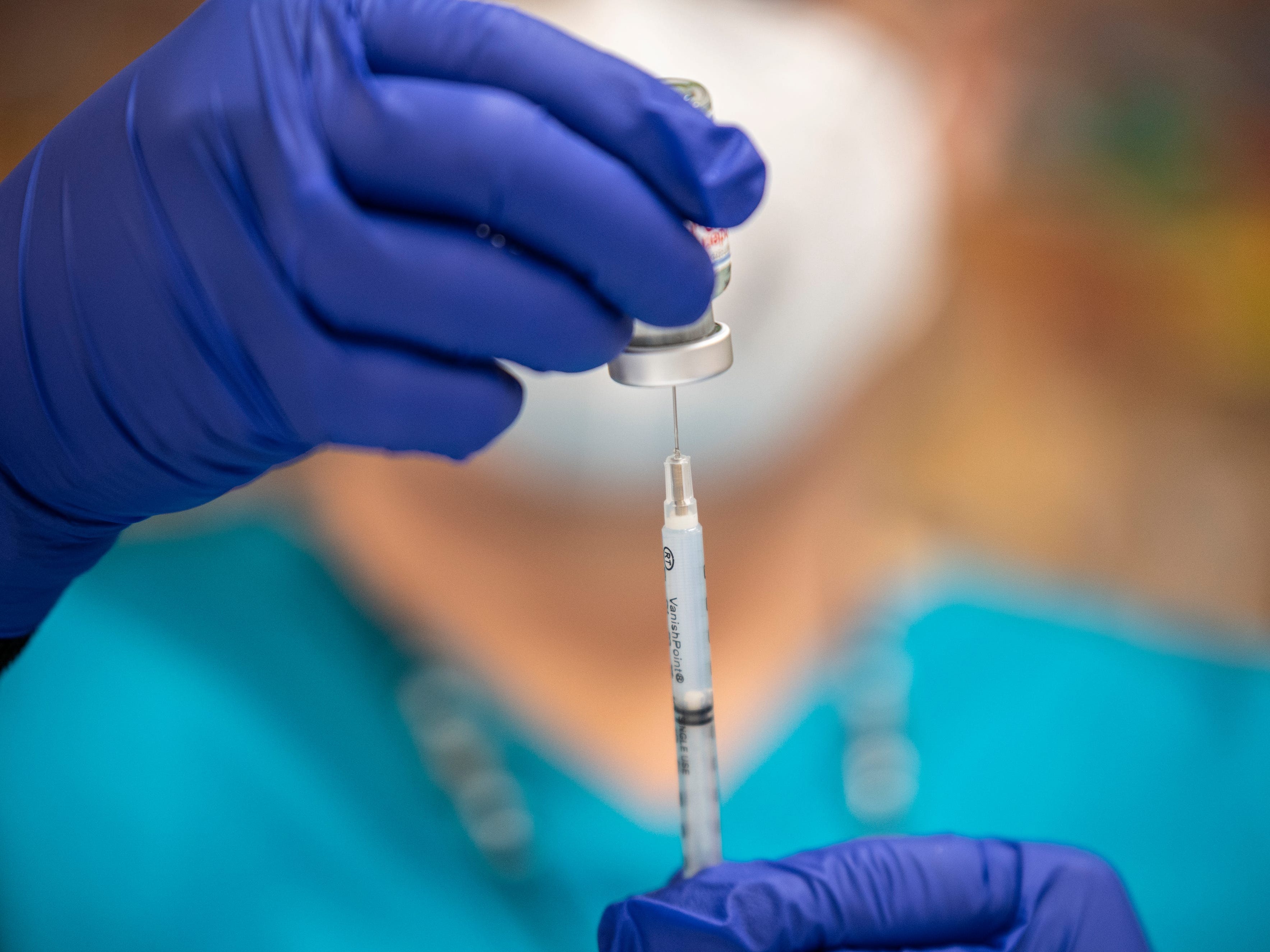