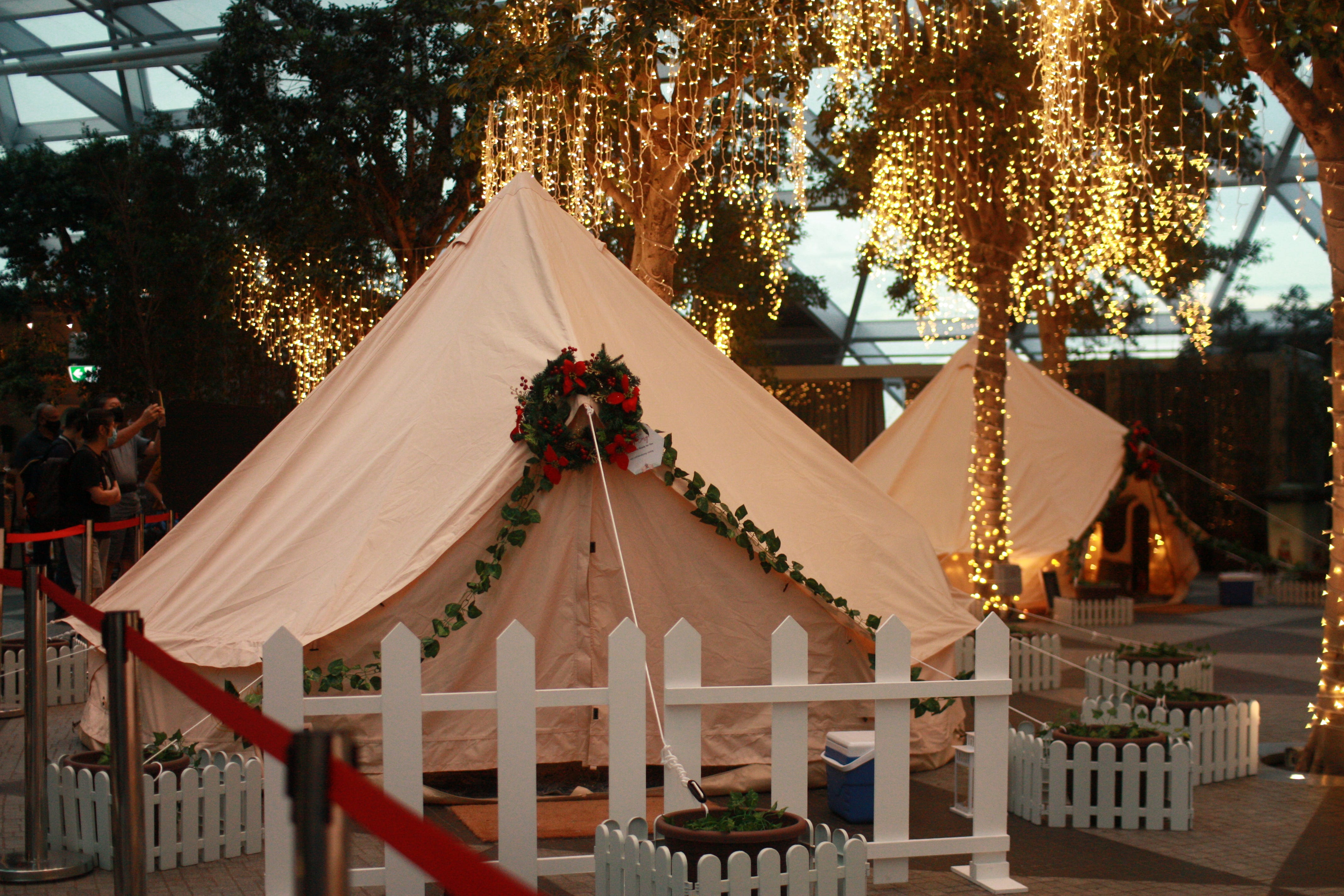 In the latest “travel without the travel” experience to come out of 2020, Singapore is offering people the chance to spend a night glamping in its airport.

For up to S$360 ($US269) a night, those who have missed vacations can have a unique getaway without leaving the ground at Changi Airport. 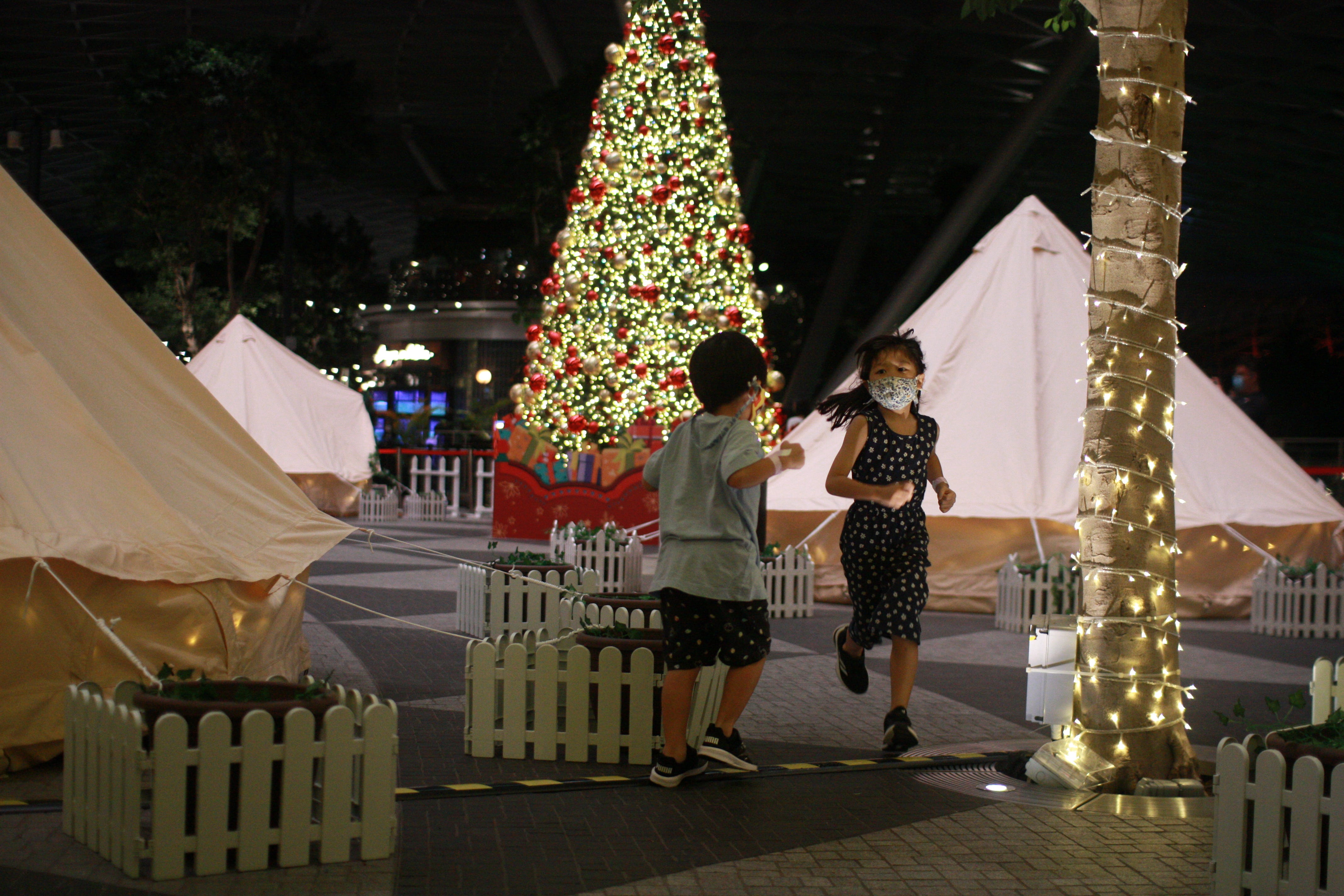 Reuters/Karishma SinghSingapore Airport is regularly voted best in the world.

Regularly named the best airport in the world, Changi Airport has a pool, air-conditioned gardens, walking trails, and even an indoor waterfall, alongside lots of luxury stores and restaurants.

The new Christmas decorated glamping (glamorous camping) tents have been set up in the airport’s retail and leisure wing. Each comes with a queen-sized bed, and the price also includes shopping discounts and a cool box for picnics. 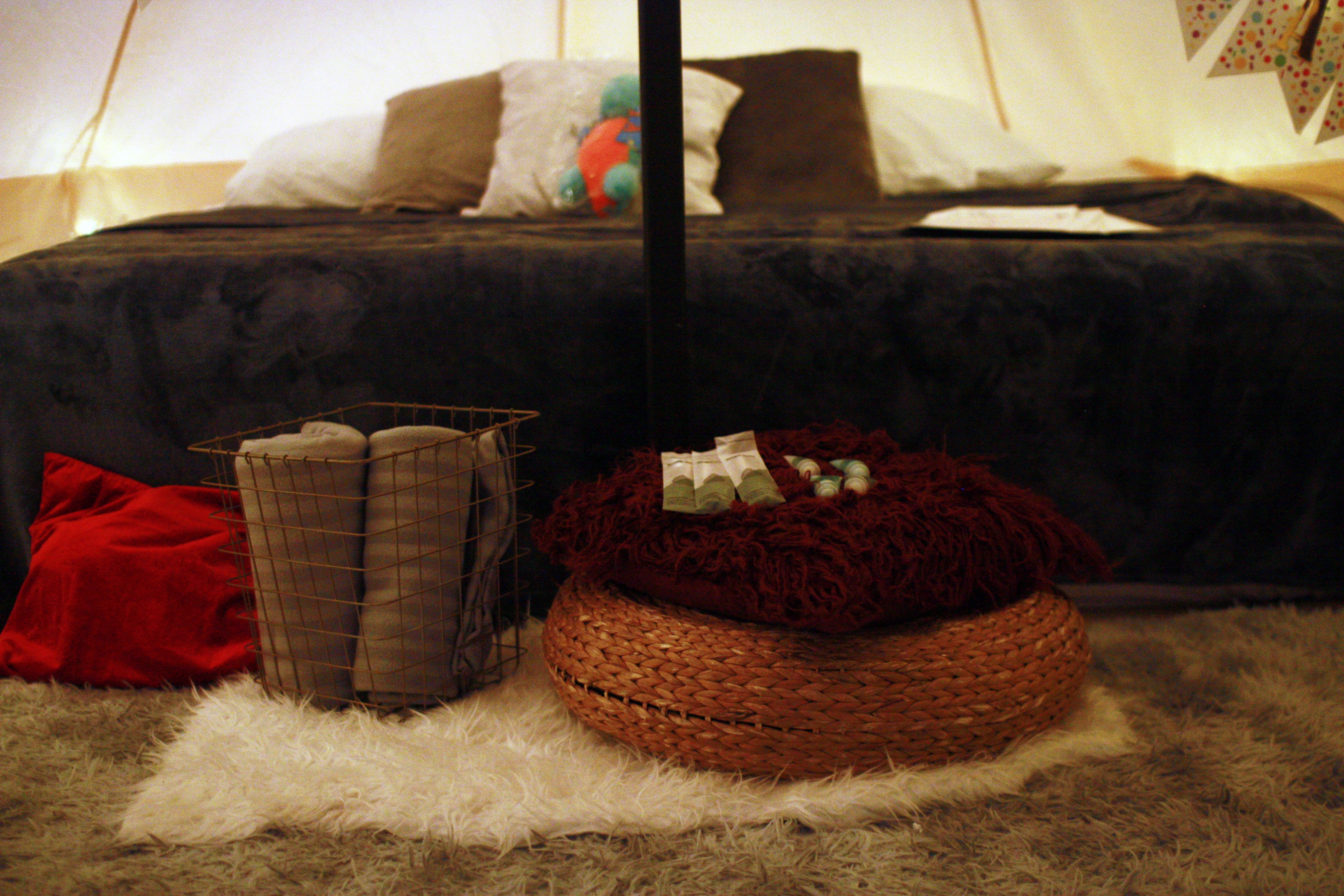 Reuters/Karishma SinghThe tents come with blankets and a queen-sized bed.

However, guests do not have private bathrooms and have to make do with existing airport facilities for travellers.

Despite the hefty price tag, the glamping tents are sold out until December 28.

“Usually we go out of the country every holiday but since we can’t travel much and it’s a school holiday, I thought why not do something different for the children,” Fadlina Musa told Reuters.

Her husband, Khairil Anuar Malek, said the pandemic has been “very tough” so the glamping tents offered a nice opportunity to get out of the house. There have been 58,461 cases and 29 deaths from the coronavirus since the pandemic began, according to Johns Hopkins data, and Singaporeans have been banned from travelling to most countries in the world bar a select few. Desire to travel, however, is high. In September, Singapore Airlines announced that it was considering launching “flights to nowhere” which would both take off from and land at Changi Airport, but it then cancelled this plan after criticism from environmental campaigners. 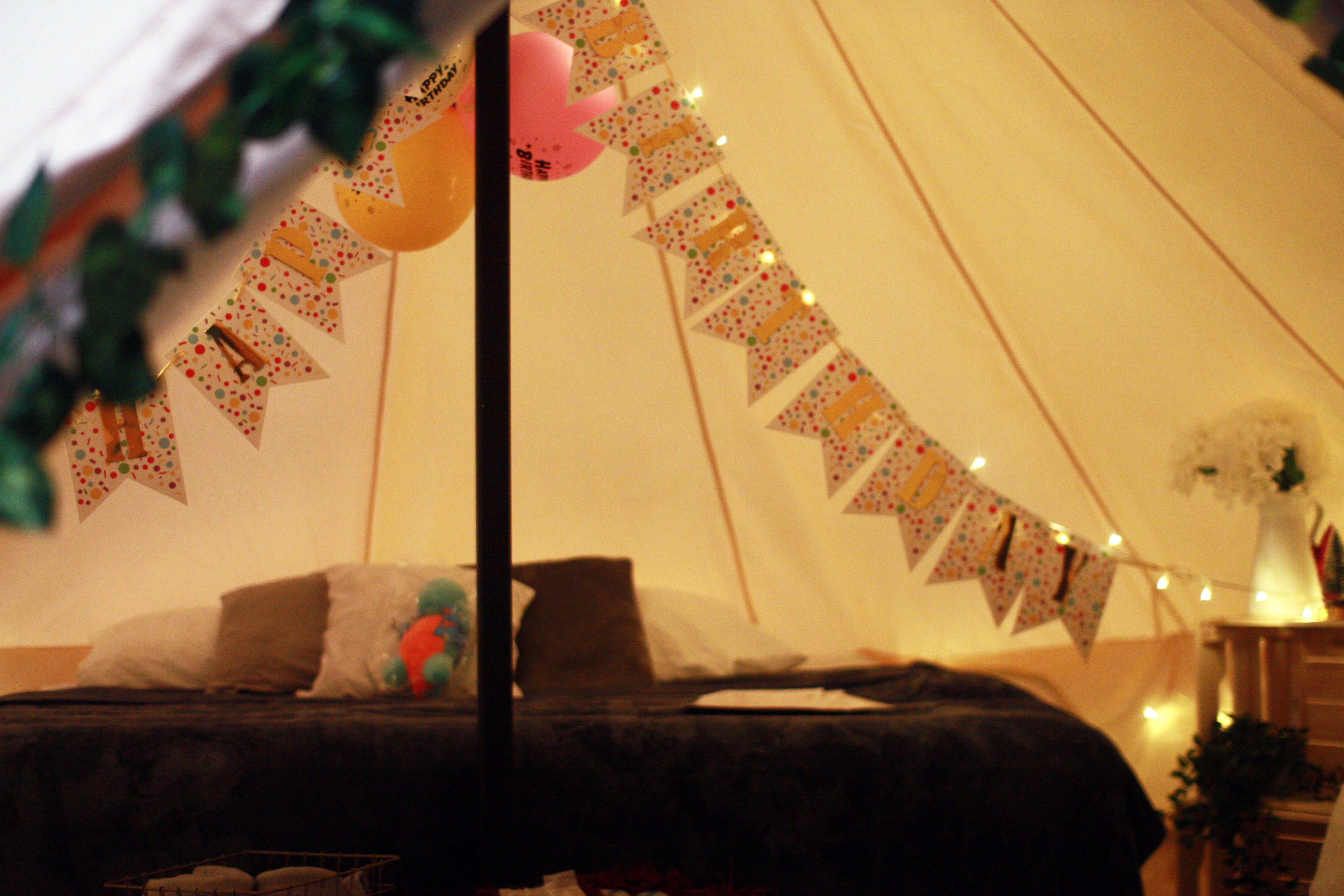 Reuters/Karishma SinghSome people have booked the tents to celebrate a birthday.

The “glamp-cations” could provide Singaporeans with the safer taste of travel they crave.

“I will look at the package,” Serene Beh, an accounting manager visiting the mall with her family, told Reuters. “If it’s worth it, then I think it’s a good experience for the children who have never been camping before.”

Changi Airport did not immediately respond to Insider’s request for further comment.