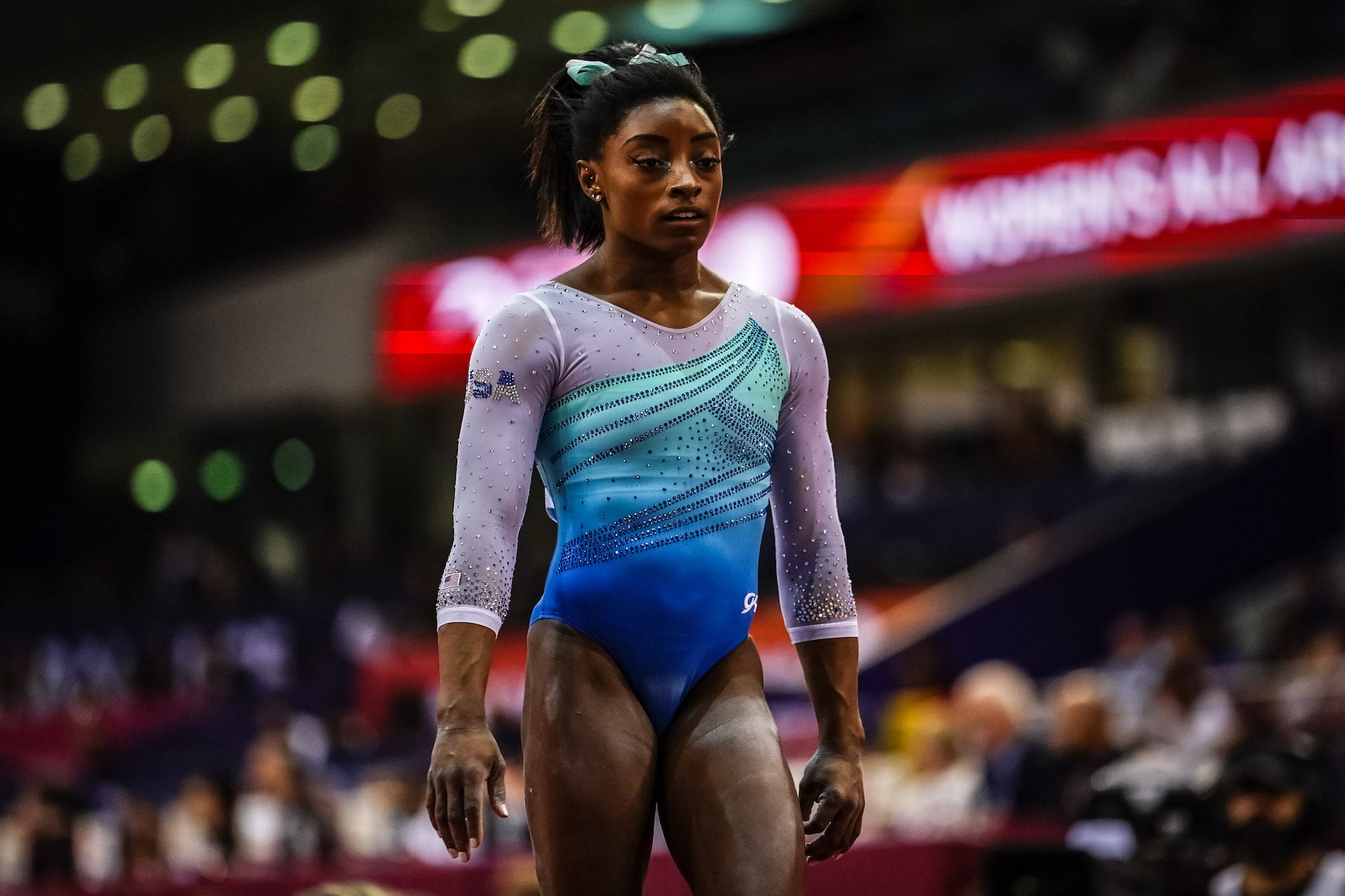 US gymnast Simone Biles became “depressed” and “slept constantly” after the Tokyo Olympics were first cancelled in March 2020, according to CBS News magazine, 60 Minutes.

The Games were originally set to commence on July 24 2020, however were postponed due the global COVID-19 pandemic.

That news hit Biles hard, particularly as the pandemic also closed down her training facility.

“I just sat there and I was like, ‘I really don’t know how I’m gonna do this. Like, another year out? I don’t think it’s possible for me at this point mentally,'” Biles said.

“Pushing through those trainings when I had in my mind, ‘In three months I’ll be done,’ it’s like, how do you push back for another year?”

Biles’ gym in Texas also shut down as a result of the pandemic, which she told 60 Minutes made her depressed. She said she slept constantly, and wanted to quit.

CBS didn’t publish footage of Biles saying these words. However, she has spoken publicly about facing depression and anxiety before.

In 2020 she told Vogue that she became “very depressed” in 2016 after suffering abuse at the hands of former team doctor Larry Nassar.

“I was very depressed,” she said.

“At one point I slept so much because, for me, it was the closest thing to death without harming myself. It was an escape from all of my thoughts, from the world, from what I was dealing with. It was a really dark time,” she told Vogue.

After finding out about the postponement of Tokyo 2020, Biles took some time away from gymnastics to recharge.

“We ended up taking seven weeks off,” Biles told 60 Minutes, adding that she had never taken that amount of time away from gymnastics before.

“It took a little bit of time. But then I talked to my coaches and Cecile especially was like, ‘You know what, Simone? You’ve trained so hard for this. Why would you give it up?’ And I’m, like, ‘Yeah, you’re right. Like I didn’t come this far to only come this far.'”

Though the Olympics have been rescheduled to start on August 8 2021, it still remains unclear whether they will go ahead, with the Japanese government and Olympic officials at odds over how safe it is.

Regardless, Biles, who is the most decorated gymnast in history, says she is back in training and ready to take on the world.

“Now I’m having a lot of fun,” she said. “I wanna see how much I’m capable of. And people always question, like, ‘If you’re so good and you’re so ahead of the game, why do you keep upgrading?’

In her 60 Minutes interview, Biles also spoke about sneaking out of bed to take food from the kitchens of USA Gymnastics camps because she was so hungry.