Fans are applauding Simone Biles' Vogue cover story, but many argue her photos are proof that magazines need to hire Black photographers 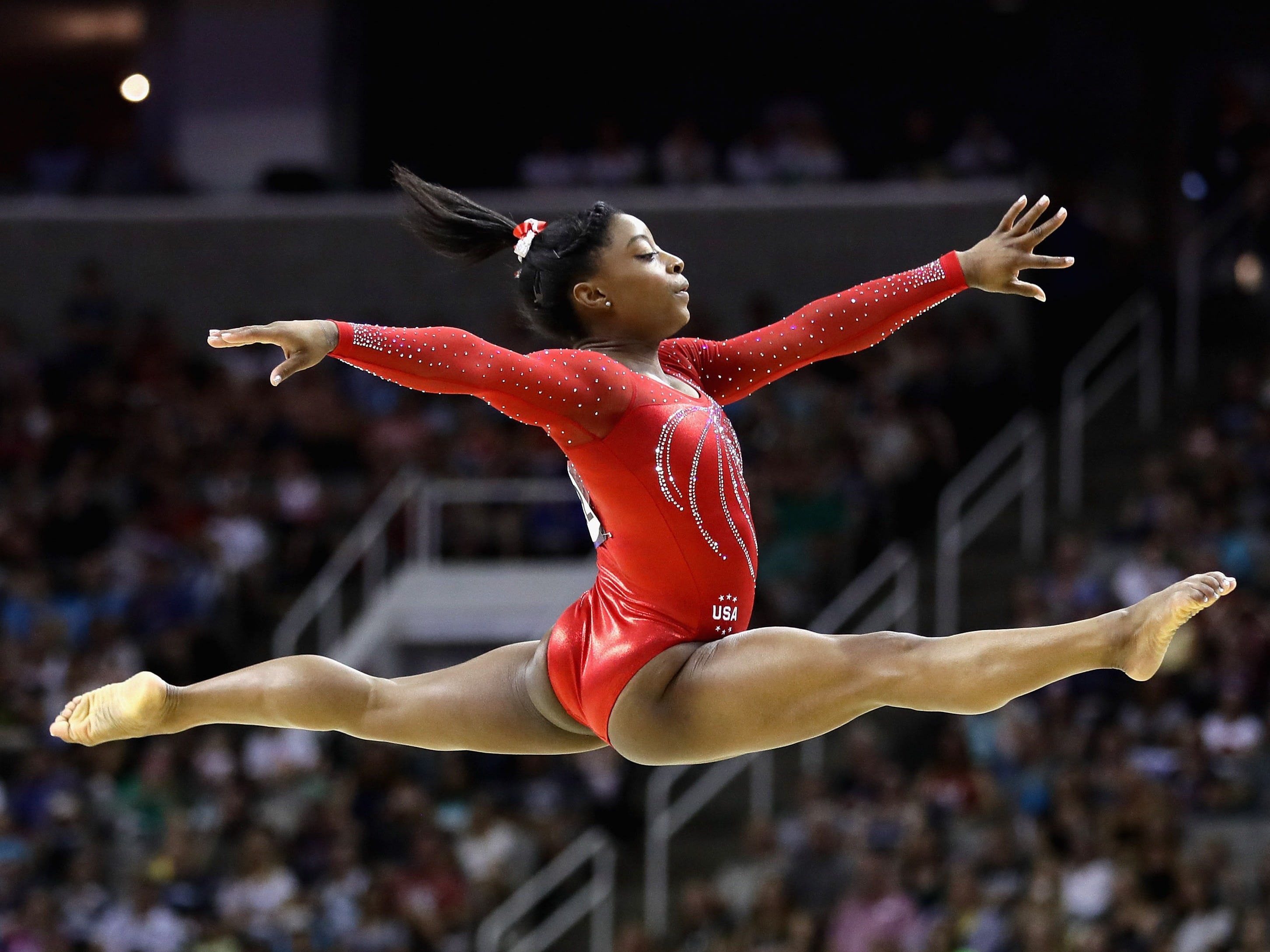 Ezra Shaw/Getty ImagesBiles is the most decorated American gymnast.

The 23-year-old Olympic gold medalist spoke with the writer Abby Aguirre for Vogue about her inspiring journey in becoming America’s most decorated gymnast.

“Growing up, I didn’t see very many Black gymnasts,” Biles told Vogue. “So whenever I did, I felt really inspired to go out there and want to be as good as them. I remember watching Gabby Douglas win the 2012 Olympics, and I was like, ‘If she can do it, I can do it.'”

The gymnast, who hopes to retire after the tentatively planned 2021 Olympics, was captured for the magazine’s cover and corresponding feature article by the storied American portrait photographer Annie Leibovitz.

.@Simone_Biles stars on the cover of our August issue! With the 2020 Olympics postponed and a shadow hung over American gymnastics, Biles–who is widely regarded as the greatest gymnast of all time—has had to be resilient as never before. (1/5) https://t.co/fPoNKoDNwD pic.twitter.com/6y4RxtMYAf

Following the issue’s launch, some fans of the gymnast have expressed criticism of the way Biles’ photos were captured and edited.

Some people showed how, if given the opportunity, they might have edited the photo’s lighting to accentuate Biles’ skin tone.

A quick exercise in recoloring the #SimoneBiles Vogue cover. The left is the original; the right is my edit.

I love seeing the beautiful ways our skin captures light emphasized in photos. Accentuating the vibrancy of our hues also contributes to a powerful visual story. pic.twitter.com/4v09BS7G0y

This @Simone_Biles shoot was great but again, I’m disappointed at how many professional photographers don’t know how to treat dark skin. These edits took less than 10 mins to color correct. #VOGUE pic.twitter.com/qVr1mwQOCi

Fans did seem to be united around one theme: They were excited to see Biles’ accomplishments and story featured in the iconic magazine.

I love Simone Biles and am so proud of all of her accomplishments, but she deserved a Vogue cover long before now! And, she is so much more gorgeous than she’s portrayed. I definitely think they could have done much better. Step up @voguemagazine

At the same time, Twitter users expressed opinions that Biles’ photo shoot was a missed opportunity for the magazine to showcase a photographer of colour, pointing to a larger conversation about legacy publications’ need for Black creatives.

After all, the first time Vogue hired a Black photographer for a cover photo shoot was in 2018, when Beyoncé was featured on the front of the magazine. In that case, it was actually Beyoncé who hired 23-year-old Tyler Mitchell to photograph her, making him the first African American photographer in Vogue’s 125-year history to shoot the cover photo.

Regarding Biles’ photo shoot, some users pointed out how the “Vogue challenge” – a social-media photo challenge trend that circulated earlier in the spring, in which users were tasked to make Vogue-inspired magazine covers with their own photos – was one way that magazine staff members could have found photographers of colour to hire.

Vogue wrote an article about the social-media fad in June.

After all the Black talent jumping out with #VogueChallenge, Vogue couldn’t idk hire a Black photographer to shoot this cover of Simone Biles? https://t.co/6N5Oac56Su

Some fans of the gymnast shared positive reactions to the way that Leibovitz captured Biles, pointing out the athlete’s powerful stances. On Leibovitz’s Instagram account, commenters called the cover shot of Biles “gorgeous” and representative of “strength, poise, and America.”

I love how incredibly powerful she looks here, such a great subversion of the ‘woman in an action movie’ promo shot!

I love the Vogue cover with @Simone_Biles Do you know how hard you have to train and how strong you have to be for your back to look like that?! Powerful and beautiful!

Other users pointed out that despite criticism over the way Biles’ was photographed, there’s still a human being behind the portraits.

I really hope Simone Biles doesn’t feel any way after this vogue cover.
It’s breaking my heart y’all are talking about her like that.

Representatives for Condé Nast, the publisher of Vogue; Annie Leibovitz, and Simone Biles, respectively, did not immediately respond to Insider’s requests for comment.

Read the full feature on Simone Biles published in Vogue, written by Abby Aguirre and photographed by Annie Leibovitz.